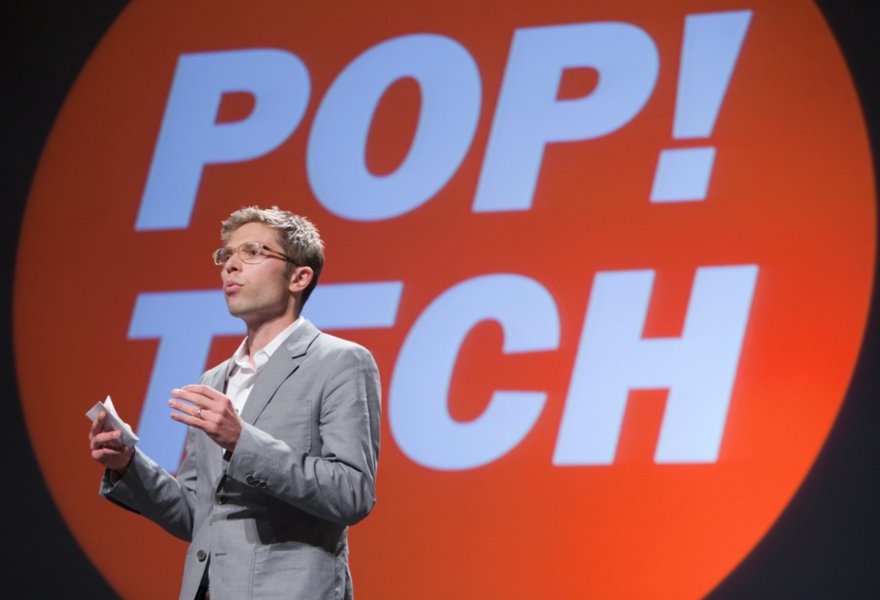 Jonah Lehrer, author of Imagine: How Creativity Works, identifies a creative act as “the invention of something new that’s useful…It’s about a second life. It’s got to be useful or beautiful or meaningful to somebody else. That’s what takes a new thing and makes it a creative new thing.” While this isolates originality and clarity as key ingredients, it misses the most glaringly obvious quality, the destructive self-analysis, questioning and abject misery integral to the creative process.

Lehrer overlooks the kind of creativity which drives you mad because you can’t say what you want to say in the way you want to say it. That many artists stand on the brink of this big black hole to marvel at the complexity and the vastness of the universe and their own mind, and sometimes fall into it, is not a poeticism. Writing is solitary and arduous and no one who does it consistently and carefully is too far from disappearing into their own blackness. It’s paradoxical that this compulsion to speak out can mute the speaker. The fear of falling too far, of complete detachment, and, worst of all, the inability to produce more work can be stifling.

Karen Green, the wife of David Foster Wallace, talks about the end of her husband’s life: “There is that place you can get to when you are writing or making some art, which is a perfectly human place. A connected place. With David's brain and the way it was wired and the way it worked, it was very hard for him to access that place. He had so many Jiminy Crickets on his shoulders. Sometimes a quick deadline helped.”

Chemically altering the brain’s activities might make it all go a bit easier (or not). In his 1996 novel Infinite Jest, Wallace chronicles thirty years of amphetamine use, in funny and tragic ways. With its flurries of footnotes and relentless self-questioning, it’s a lesson in how not to be a creative genius. Who would want to be him? Lots would want to write like him.

The kind of corporate-think Wallace satirises welcomes the creativity by numbers in Lehrer’s book. Imagine “how you, too, can use these secrets to unlock your own creativity, and how we can collectively build a more creative culture.” For Lehrer, creativity is a universal human trait, “something that we are all capable of. And we can all get better at it.” Of course, not everyone can be Shakespeare, but if we “wasted less genius” we could “expand the pool of human capital”. As many of Lehrer’s readers have pointed out, there are as many different types of creativity as there are creatives. Inventing the Post-it note is hardly comparable to a 3,000 word musing on the art of walking.

Gian Carlo Rota, Professor of Applied Mathematics and Philosophy at MIT, agrees: “Creativity is a bad word. Unfortunately, we must leave it in the books because the people in power believe in it with sanctimonious credulity… You cannot bunch together creativity in one field and creativity in another. It’s like matching producers of shoes with producers of meat loaf, because they’re both producers. It is an error of logic.”

Imagine though the kind of creativity which can be lumped together, the kind that CEOs and global corporations can systematically convert into cold hard cash. You may have thought it was the opposite, but creativity is a commodity, and competition for creative success is fierce and essential. According to Amy Fries, author of Daydreams at Work: Wake Up Your Creative Powers, “no one can rest on his or her laurels anymore. Now we all have to scramble just to stay relevant…Those who actually want to be ahead of the curve are going to have to be visionary. Those businesses or individuals lost only in the tunnel vision of task will be left behind.” This marriage of creativity and business has given rise to scores of cookie-cutter schemes implementing “daydreaming” time to increase productivity. Following Google’s 20% example, encouraging employees to let their mind wander actually makes companies more money. “Just about all the good ideas here at Google have bubbled up from 20% time,” says Alec Proudfoot, “where people have their own idea and run with it.”

Of course, what Google call the 20% is just another name for the excruciating flailing around when creativity is pending and deadlines loom. Even the corporations themselves seem to drag their feet when it comes to implementing their own Sustainable Creativity schemes, argues Doug Williams, a Forrester Research analyst. Predictably “there’s always something happening in the short term that pushes the long-term innovation off”.

Whoever you are, such a large part of being creative is about management. Whether that means yoga before work, a self-enforced 9-to-5 or scoffing Xanax so you can get some sleep at night; whether you’re sitting in a Manhattan high rise or a crumbling bedsit, it’s the throw-it-at-the-wall-until-it-sticks approach which finally gets good work done. And it’s not like good old-fashioned creativity isn’t about the success, or the money. In discussion of his book Therapy, David Lodge quotes novelist J. P. Donleavy: "Writing is a way of turning the unhappiest moments of your life into money."

It would be a mistake, as Lehrer argues, to be eternally waiting on the ‘eureka moment’. Even Wallace had to make a living. And Lehrer is right to champion the sharing of ideas: the Renaissance artists worked in packs, harnessing “group think” in a long and rigorous process of creation and revision. Arthur J. DiFuria, author of Maerten van Heemskerck's Rome: Memory, Antiquity, and the Netherlandish Cult of Ruins notes “the notebooks and sketchbooks of most Renaissance artists often contain multiple hands on single sheets, not just the sketches and ideas of one artist.” But the linear process Lehrer describes – the ‘eureka moment’ of conception followed by an injection of hard-earned “grit” to pull it off – is a gross simplification. “The completion phase unfolded in many overlapping and interrelated phase that required not only grit, but several more eureka moments of creative genesis. Also, today’s bad idea could become tomorrow’s or next year’s or even the next quarter century’s useful idea.” There might be a ‘eureka moment’, rare as they are, but its success will largely depend on other people backing it, and other people throwing money at it.

Rather than objecting to Lehrer’s generalisations, we could embrace them. In the fourth chapter of Imagine, for example, Lehrer lays out a diverse spread of anecdotal observations and neuroscience evidence to demonstrate why “the only way to be creative over time — to not be undone by our expertise — is to experiment with ignorance, to stare at things we don’t fully understand”. He goes on to argue that seeing ones’ work with fresh eyes is “one of the central challenges of writing”. Rota agrees: “Research is sometimes not so much discovering something new as becoming aware of prejudices that stop us from seeing what is in front of us”. It might be that most people could benefit from Lehrer’s argument, not as science, or as an instruction manual, but as part of a pool of ideas. Except that’s not what the book’s publisher is selling it as.

The problem arises for neuroscientists when Lehrer makes tenuous links between brain chemistry and complex thoughts and behaviours. For example: “Because the dopamine neurons in the midbrain are excited,” Lehrer writes, “the world is suddenly saturated with intensely interesting ideas.” As Tim Requarth and Meehan Crist point out in The Problems with Jonah Lehrer’s Imagine, “There is not a measurable one-to-one mapping between any brain region and any particular cognitive process; the same little patch of cortex is likely involved in multiple functions”. The book is full of fake breakthroughs like this.

It’s a brilliant turn of events that, as is by now well known, Jonah Lehrer’s success story turns into a troubled writer piece. Lehrer, neuroscience expert, prized popular science writer, has been found out for self-plagiarising in Wired, The Wall Street Journal, The New York Times, and The New Yorker, as well as manufacturing Bob Dylan quotations, and claiming quotations given to other journalists as his own. Lehrer emerges, ironically, as too creative for his own good.

I would hazard a guess that, on the whole, Lehrer’s readers didn’t especially mind. For journalists and other writers though it was an audacious move. So what exactly are we disagreeing with here? That someone in Lehrer’s position could get paid twice for the same piece of work, the laziness of self-replication, the pointlessness of duplication? Or is it that Lehrer reminds us that we all recycle ideas and borrow phrasing from ourselves and/or others? Are we frightened, in fact, by the idea that most of what we’re paid to do isn’t particularly original?

It’s telling that the reason WSJ journalist Michael C. Moynihan cites for shopping Lehrer is resentment, not schaudenfreude. “I resent people who cut corners,” he says, “because I’m not the fastest writer in the world, and I spend time banging my head against the wall trying to make the words come out in the right way. I don’t like people who cheat.” Journalism is competitive and the more prominent a writer you are, the more people will pick at you. The people at the top should be the most scrupulous about their sources.

At some point in their lives all writers hate writing. A certain amount of pain is necessary to make it worthwhile, to make it good. And if you don’t feel the pain you’re not a real writer. Imagining prolific journalists, like Lehrer, churning out reams of articles fully formed, like babies from the cabbage patch, is maddening. For creative people, work is complicated and sometimes, success is the problem. Lehrer is more than capable of re-phrasing his own ideas; he just didn’t have the time.

Monynihan’s final word on Lehrer is empathetic: “More than anything,” he says, “I’m completely fucking mystified as to how somebody who does this sort of thing thinks they’re going to go work at The New Yorker”. And what kind of creativity does The New Yorker recommend? “Altering and cherry-picking details is an easy, hollow game for a writer. The challenge, and the art, lies in confronting the facts—all of them, whether you like them or not—and shaping them into something beautiful.” Lehrer might have made this sound easy, but his own story suggests otherwise.

Great piece! Not entirly convinced by the ending, but really enjoyed the range of voices, including the authors. Particularly interesting - at least with regards "corporate creativity" - in light of two recent cover stories (one in the Economist, one in MIT Technology Review) on the decline of innovation in tech and medical industries: http://www.economist.com/news/briefing/21569381-idea-innovation-and-new… and http://www.technologyreview.com/featuredstory/429690/why-we-cant-solve-…