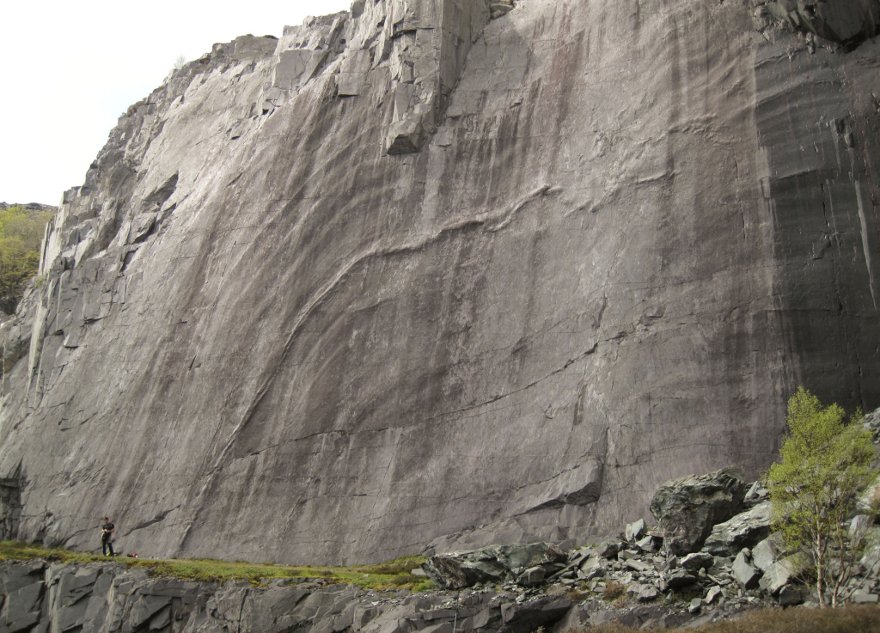 What makes a good climbing book? When Ed Douglas chose ‘The Living Mountain’ (1977) by Scottish writer Nan Shepherd as his favourite book on Radio 4’s ‘A Good Read’ recently, he justified his choice by showing how Shepherd’s writing reflects the lived experience of being in mountain landscapes. Shepherd is sensory, not cerebral. Birch trees in rain smell ‘like old brandy’.  When a deer moves across the Cairngorm plateau, “the earth seems to re-absorb this creature of air and light”. Autumn sprigs are “a multitude of pointed flames” which “burn upwards all over the moor”.

Nan Shepherd’s writing often touches on the nature of embodied cognition, the way we can experience the world directly through our bodies first rather than our minds. I first heard about embodied cognition when I heard Professor Raymond Gibbs describing an experiment he’d done to show how we can think through our bodies. Participants in Gibbs' study were taken out into a field and shown the location of an object, some distance from them. They were then blindfolded. The participants were read two short texts, both of which used the familiar conceptual metaphor of a relationship as a journey. In one version, things were 'moving in the right direction' whereas in the other, the relationship had 'stalled', and the people were 'moving apart'. They were then asked to walk forwards to where they thought the object they'd previously been shown was. With remarkable consistency, participants overshot the mark after hearing the first, positive text and stopped short of it after hearing the second. Gibbs used this to illustrate the ways in which our understanding of concepts is intimately related to our physical experiences.

Anyone who has given themselves over to a difficult rock climb, letting the contours of the route lead their fingers, or spent time in a wild landscape that seems to enfold everyone who passes through will know something of what that’s like. So why are these experiences of embodied perception often so difficult to put into words? In particular, why is it so difficult to make poetry out of them? As an amateur poet and even more amateur climber, it’s a question that preoccupies me. For me, poetry is a means of saying things I couldn’t say otherwise. Like many writers, I’m secretly inarticulate. I may talk a lot, but the sounds I make seldom get close to what I mean. As the Scottish poet Norman MacCaig said:

If we lived in a world where bells
Truly say ‘ding-dong’ and where ‘moo’
Is a rather neat thing
Said by a cow,
I could believe you could believe
That these sounds I make in the air
And these shapes with which I blacken white paper
Have some reference
To the thoughts in my mind
And the feelings in the thoughts

At their best, poems capture the seemingly inexpressible, things that can’t be paraphrased.

Last autumn, I spent three weeks at the Banff Centre in the Canadian Rockies, writing a collection of poems about the experiences of female mountaineers from the 1800s to the present. Looking for inspiration, I found only a handful of poems that confronted the experience of climbing or mountaineering directly. That’s not just because poets are a largely sedentary bunch, better known for quaffing absinthe than pioneering first ascents; as I sat down and put pen to paper (then put pen down on paper, stared at the snow outside for hours), I realised there were few precedents for what I was trying to do, because it’s just plain difficult to write good poetry about climbing.

Andrew Greig is one of a handful of poets (who also include Mark Goodwin in their number) who disprove the rule. His collection ‘Men on Ice’, a freewheeling, dramatic account of an invented climbing expedition created its own adventures. Greig says:

“After ten years or so of publishing poetry and being poor, I was asked to climb on the 1984 Mustagh Tower Expedition by Mal Duff, who had read and loved my book-length narrative poem ‘Men On Ice’, which had been reviewed enthusiastically in climbing magazines. Because the poem felt true to the yearning, fear, intensity, squabbles, exaltation of high-altitude climbing, he assumed I had climbed. I didn’t. And I was – still am – scared of heights.”

Undaunted, Greig went on to climb with Mal Duff in the Himalayas and wrote about it in his prose books ‘Summit Fever’ and ‘Kingdoms of Experience’. Yet the climbing poems that followed his initiation into the world of high altitude mountaineering are less extensive, less searching than ‘Men on Ice’. It seems that it was easier to imagine and write poetry about the feeling of climbing when it was an abstract idea rather than a reality.

Perhaps the problem is that, like good poems, good climbs can’t be paraphrased. They can only be understood through the body. They must be enacted, not described. When the poet Don Paterson defined a poem  as “a little machine for remembering itself”, he meant that poems are preserved in their entirety, to be carried around and repeated by the reader. Climbs are little machines for repeating themselves too. Sets of instructions, suggestions for the body. You can’t understand a rock climb fully by watching someone else do it, you have to climb it for yourself.

Maybe it’s no coincidence that, for writers like me, the words only come in the middle of a walk, run or climb. Being outdoors is crucial, the writing process becomes part of the act of moving. Well then, enough. If you need me, I’ll be on a gritstone edge, working on my next stanza.

Helen Mort is a UK-based poet, outdoors enthusiast and PhD student researching the relationship between neuroscience and contemporary poetry
www.poetryonthebrain.blogspot.co.uk