Category
Anthropology & Social Sciences
Politics & Power
Bacteria & Bugs
The Freedom Virus
by John Davis
Published: Apr 18, 2020
Standfirst
¶ PART TWO OF A THREE-PART SERIES BY JOHN DAVIS ON THE COVID CRISIS ¶ A familiar meme, firmly lodged in the minds of Americans since the beginning, continues to exert its hobbling power over democracy. Will the experience of a pandemic arm us for change?
Body

The Pilgrims and Puritans arrived in America in the first half of the seventeenth century determined to practice a religion other than the one sanctioned by the Stuart kings of England, James I and his successor, Charles I. Their determination was founded on a single characteristic – a ‘freedom’ meme that was firmly lodged in their minds.

This meme has now evolved into a deeply held conviction, in many Americans, of the immense value of personal freedom. But, it is a conviction, as Wendy Brown suggests in her most recent work, In the Ruins of Neoliberalism – The Rise of Antidemocratic Politics in the West, (2019),  that, “walls out that monster coercive power, the state, but also democratic norms such as equality, inclusion, access, and social justice.”

The resistance is founded on this fear of providing for the public good.

In recent weeks, it appears that this ‘freedom’ meme also inhibits the manufacture, procurement, and maintenance of essential medical equipment, the provision of hospital beds, the necessary planning and development of infrastructure for medical emergencies, as well as the population’s adherence to the social distancing and travel restrictions imposed upon them during the current pandemic by local, state and federal authorities. This meme, then, is now directly implicated in the level of intensity with which the COVID-19 virus has attacked the USA.

That memes behave like viruses in the human consciousness has been well established by the evolutionary biologist Richard Dawkins, and elaborated upon by Richard Brodie, Daniel C. Dennett, and many others. In a classic example of punctuated equilibrium – an episode of rapid speciation in the otherwise glacial pace of evolution – the freedom virus, as I will now call it, was suddenly transformed when it was embraced within neoliberal ideology in the mid-1970’s. Newly weaponized in the political sphere, it has raged virulently over the last forty years with truly devastating results. 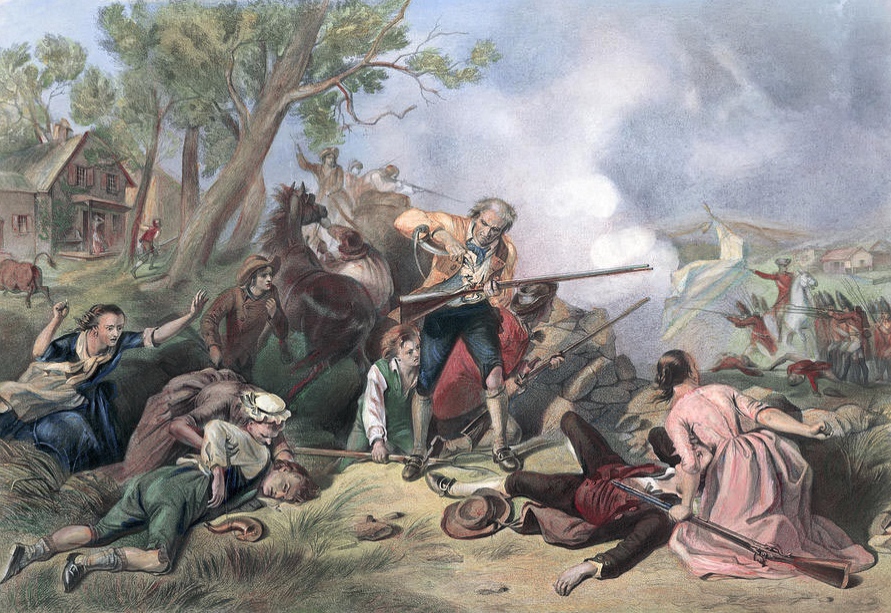 The official history of the United States — which celebrates its independence and its freedom from the dead hand of governmental strictures that inhibit personal agency, and reveres the Founding Fathers for their creation of a new democratic society in a new land — has long been at war with the reality that it arose out of a massive genocidal project, a project that largely eliminated the Native peoples and was formed amidst the brutal dehumanization of its African slave population. These assaults on the intellectual coherence — or, more bluntly, the veracity intrinsic to the freedom virus now so entrenched in American consciousness — began first when the earliest English colonists refused to honor Native Americans’ personal freedom, their right to live in the lands in which the Christians had so recently arrived, or even their right to life. But, they, like the Founding Fathers, are a part of an official history that continues to give life to the freedom virus, despite the rank hypocrisies practiced by those infected by it.

Notwithstanding the failures of Reconstruction and the institution of Jim Crow, the lynching of African Americans, the racist immigration laws that made the Chinese an outlaw population, the internment of American citizens of Japanese descent in WWII, the ongoing racial, class, gender, and economic injustices of this country, the freedom virus lives on. Explicitly invoked as the rationale for American wars of empire, the ‘spreading of freedom’ is rarely welcomed in countries chosen to host this viral attack. Embedded in neoliberalism over the last four decades, the continued virulence of the virus was exposed dramatically in the 2016 U.S. Presidential election and is again ghoulishly revealed in the nation’s woeful response to the global COVID-19 pandemic.

The valorization of personal freedom and the demonization of the social is at the heart and soul of the neoliberal antidemocratic agenda that, as Brown contends, is infecting the West and is most egregiously personified in Donald Trump. While neoliberalism feeds on the freedom virus, it is traditional family values, traditional morals, and the machination of markets which, in the Friedrich Hayek designed model, fill the void of democracy. Nowhere is the state allowed room to provide for the welfare of its people (the public good) for fear of incipient totalitarianism and the dread lack of personal freedom that system portends. Hence, the lack of ventilators, testing kits, hospital beds and face masks. Health care, in this ideology, can only be tolerated if it is entirely beholden to markets run by insurers. The resistance to Medicare for All is founded on this fear of providing for the public good and marks those who oppose the program as craven advocates for neoliberalism. (I’m looking at you, Joe).

It is impotent in a public health crisis because it promotes the financial starvation of government . . .

Who knew that the public good could be bad? Hayek knew, Steve Bannon knew, and now the Trump administration knows. Reagan knew, Margaret Thatcher knew, Augusto Pinochet knew. Over the last forty years, the politics of the United States have vividly demonstrated what they knew. America’s dead faint in the time of Corona is just the latest manifestation of this poisonous knowledge. When you have the social infrastructure of the traditional, God-fearing family, you don’t need repaired roads and bridges, high-speed rail or, indeed, any public transport; you don’t need hospitals, schools, public universities or childcare, contraception, abortion services or hospices. ‘Responsibilized’ men and women, rather than the state, are ‘free’ to care for teen pregnancies, for their children, the disabled, the elderly, the isolated, and the sick and dying.

The thinking goes like this. You need guns to defend your home. You need an S.U.V. or a truck to run over the pot-holed tracks that pass as roads and to take trips to your church and the out-of-town Walmart. You need a prison system that warehouses threatening, potentially heathen, populations and an immigration service that takes care of, i.e. deports, illegals. It’s also a good idea to have a military, intelligence services, and homeland security that protect the sanctity of your country, here and abroad, and provide employment opportunities for many of your home-schooled children. You also need a large American flag to fly from your flagpole or the back of your truck to demonstrate your devotion to freedom. Although both parties support the neoliberal regime that has now been in place since before you could vote, you favor conservative politicians. The ‘Libtards’ may take offense at your social mores, be true believers in democracy, be more concerned with public education, eschew guns, be slightly less supportive of a bloated military, but they too are largely accommodative of the predatory capitalism that thrives best under neoliberalism.

Friedrich Hayek, an economist and a philosopher, was educated in Vienna and London and taught at the London School of Economics before accepting a professorship at the University of Chicago in 1950, where Milton Friedman was already a seminal figure in the post-war, ‘Chicago School’. Of all the neoliberal intellectuals (which included Friedman, the notorious ex-Nazi, Carl Schmitt, and others), Brown writes that Hayek was the most sustained critic of social democracy. He considered the social, “the signature of all misbegotten efforts at controlling collective existence, the token of tyranny.” Hayek viewed social justice to be “the gravest threat to most other values of a free civilization.” Those ‘other values’ at threat are most purely enshrined in markets and morals which Hayek considered to be supremely effective in gathering humans together in productive harmony without the oversight of a coercive state. Brown notes that while Hayek’s critique, “… was iconoclastic in the post-war decades, it has become the common sense of a robust neoliberal conservatism today.” 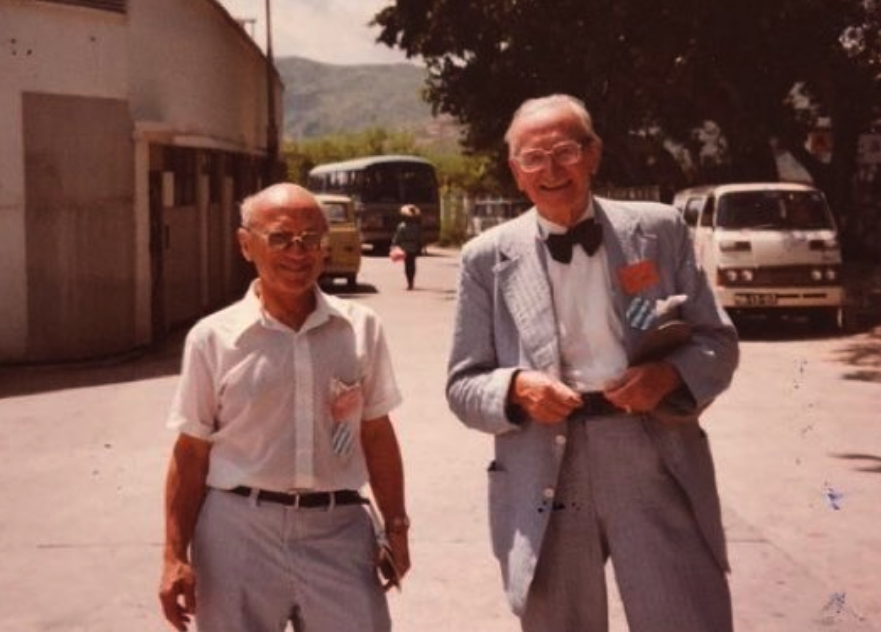 "The curious task of economics is to demonstrate to men how little they know about what they imagine they can design." — F. Hayek. Milton Friedman and Friedrich Hayek . . . taking it easy. [o]

Hayek was scarcely more favorably inclined towards democracy, which as Brown writes, he considered a “dangerously self-expanding domain that had to be tightly bound and conformed to neoliberal purposes.” Neoliberal academics, such as Hayek and Friedman, objected to the platform that the political provides for “market distorting interests whether those of big capital or democratic majorities, the poor, or those advancing notions of the common good.” Anything approaching robust democracy was considered an invitation to rule by the mob, totalitarianism, or fascism. Thus the hobbling of popular democracy is a project that has long been pursued by neoliberal politicians using such traditional devices as disenfranchisement, voter suppression, and gerrymandering. It is a project that has also greatly benefited from the Supreme Court’s conflation of free speech with corporate donations to political causes.

Neoliberal ideology has now been laid bare by the corona epidemic. It is impotent in a public health crisis because it promotes the financial starvation of government through lower taxes while simultaneously expanding military budgets, both of which are inimical to the public good. Shortage of masks, ventilators and hospital beds, amidst a collapsing healthcare system, serve to highlight the vanquishing of democracy and the eradication of the social, while vividly demonstrating the failures of a predatory market to adequately serve the vulnerable poor and middle classes.

God, family, and free enterprise failed to save the United States from COVID-19 or ameliorate its consequences. But the freedom virus – that virulent precursor and necessary reagent to neoliberalism – will likely survive the pandemic and continue to infect large swathes of the American population, including most of its politicians, all proudly ‘free’, but inured to the suffering in the world. ≈ç

READ part one of this three-part series.

I'd love to hear you read…

I'd love to hear you read…

I'd love to hear you read this aloud even though you'd be preaching to the choir. Well done.

The Freedom Virus
Looking the pandemic in the eye
FutureFest
Coronavirus: Why You Need to Act Now
Understanding Rob Ford, Political Animal

Looking the pandemic in the eye
FutureFest
Coronavirus: Why You Need to Act Now
The Coronation
Understanding Rob Ford, Political Animal