Heating Up: Climate Passion on the March

Category
Clothing
Movements & Communities
Weather & Climate
Heating Up: Climate Passion on the March
by Whitney Smith
Published: Jun 04, 2017
Standfirst
Three years ago, 310,000 people on the streets of Manhattan, representing over 1300 organizations, groups and causes — or just their individual passion — joined in to carry a new torch for earth love and the urgent call for long-term change. Wherever we looked, the creative human spirit was leading the way. Dear Organizers, with Trump's recent finger to the Paris Accord, get us moving!
Body

[The hard core deniers] are dead wrong about the science, but they understand that if the science is true, it presents a fundamental challenge to our growth-based economic system. — Naomi Klein* 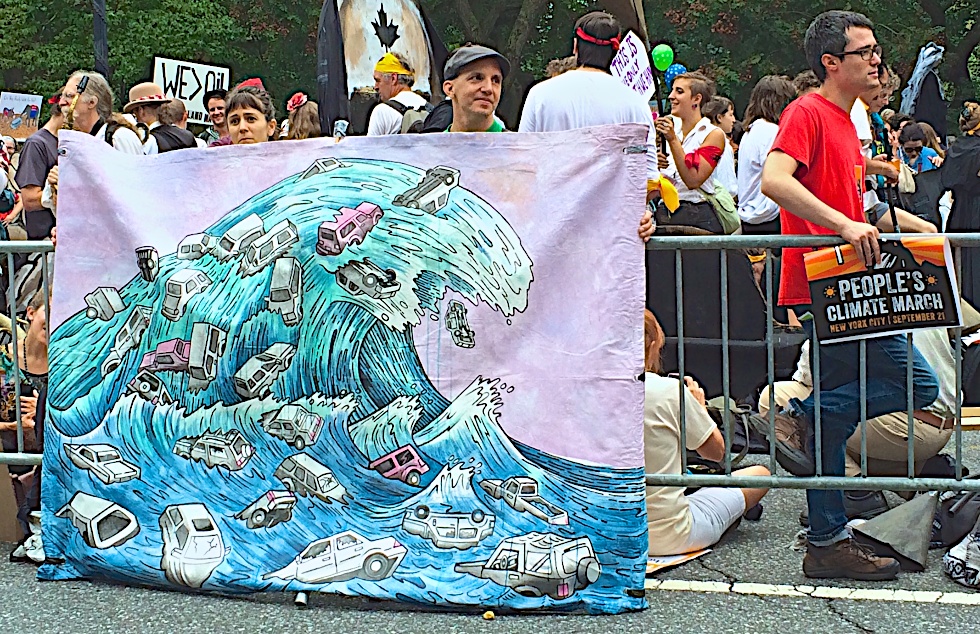 'Before the next wave.' (After Hokusai's The Great Wave off Kanagawa.) 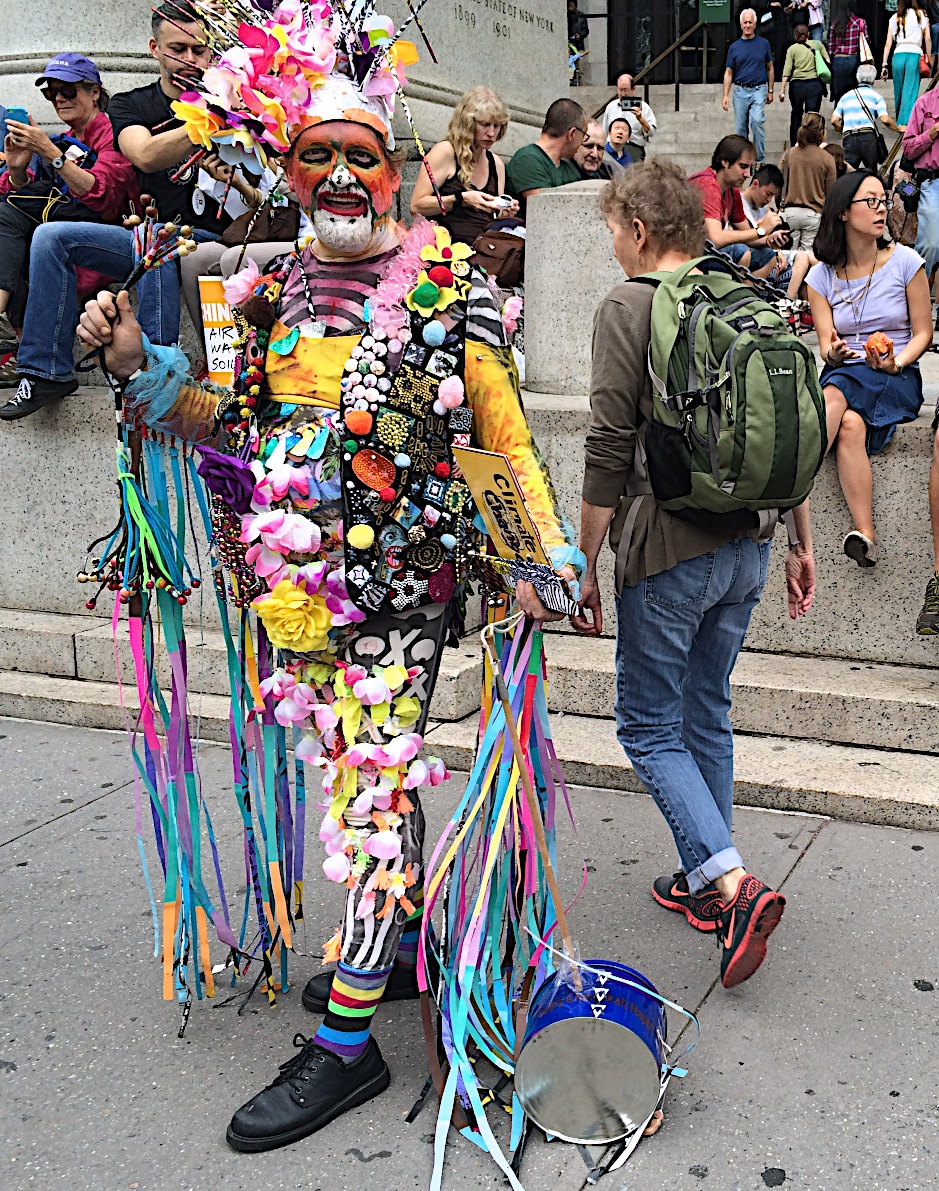 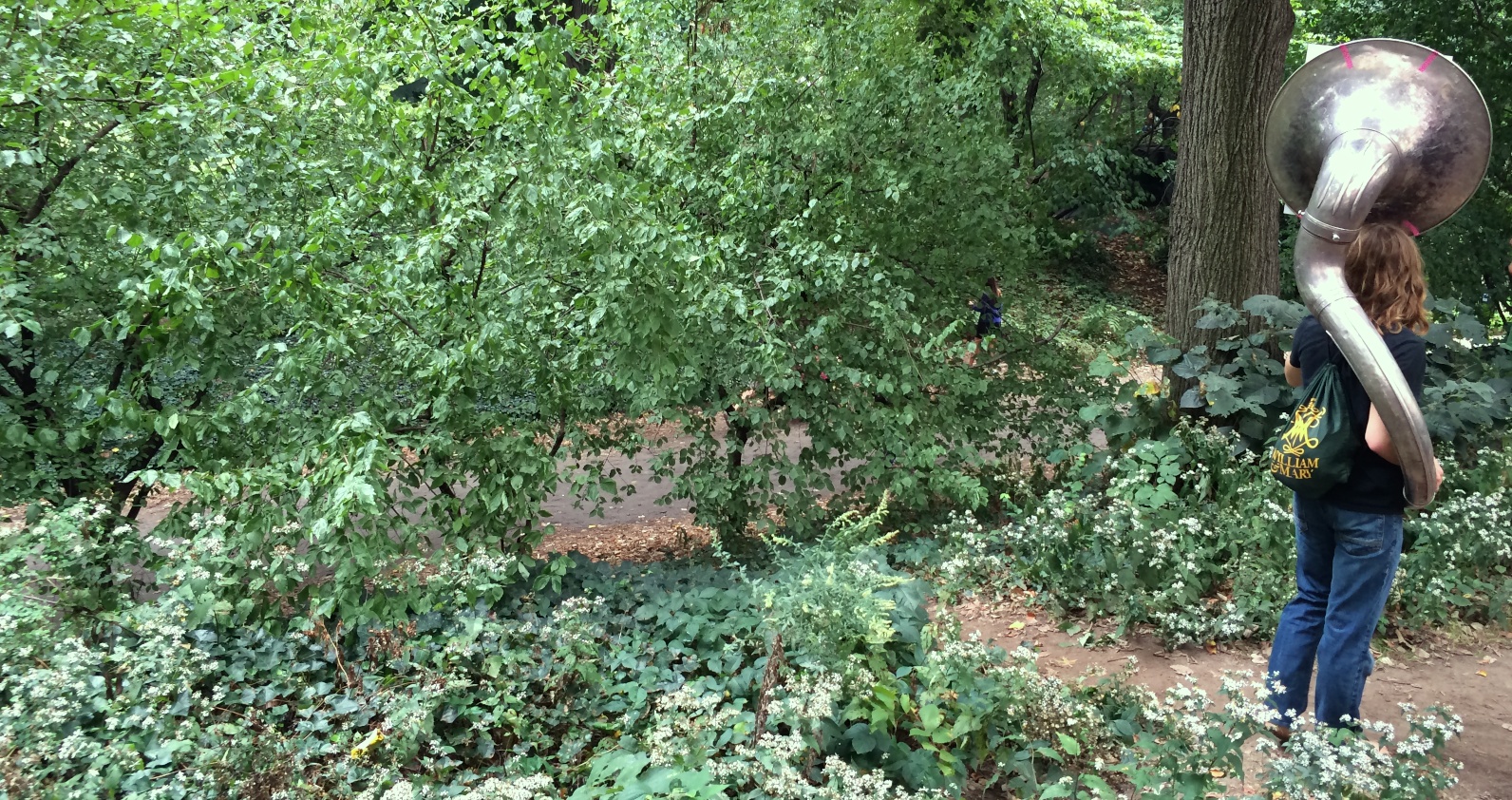 The countries of the world have agreed to try to limit the warming to 3.6 degrees Fahrenheit, which would require that emissions slow down and then largely stop in the next 30 years or so. If they continue on their present course through the century, scientists say, the earth could warm by as much as 10 degrees Fahrenheit above the preindustrial level, which would likely be incompatible with human civilization as we know it. — Justin Gillis, New York Times, September 21, 2014 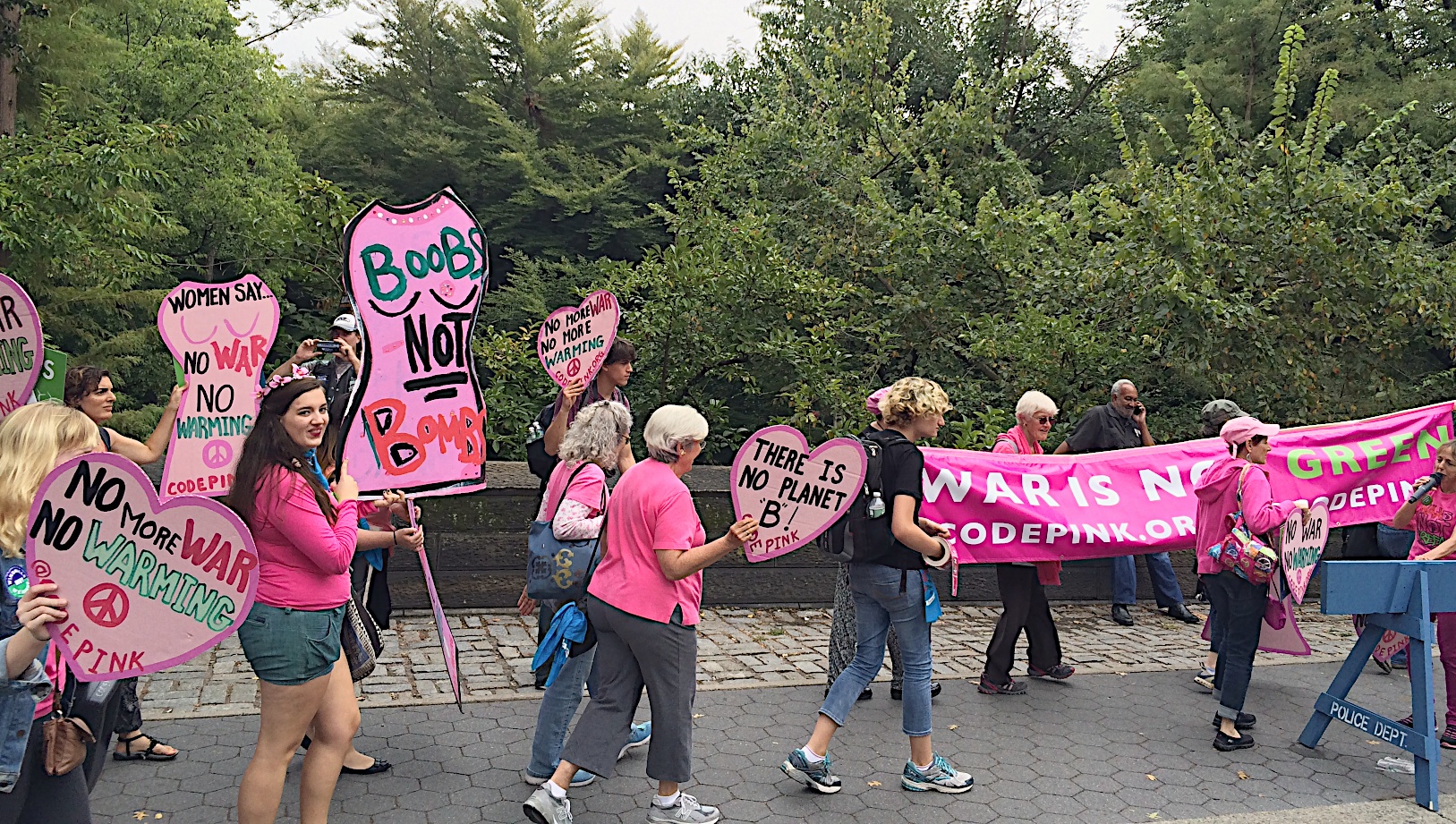 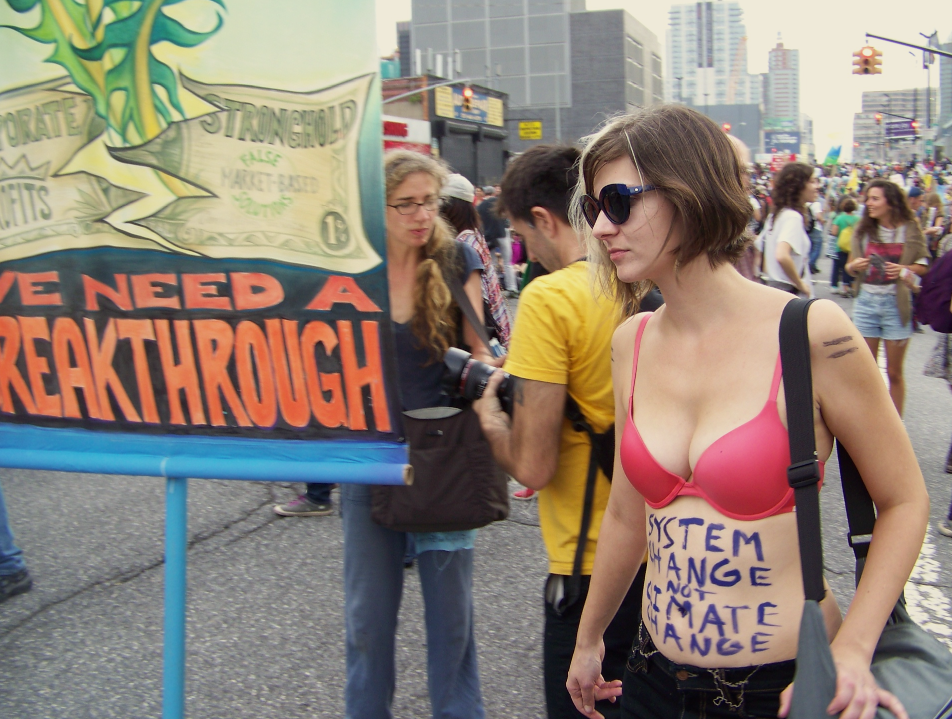 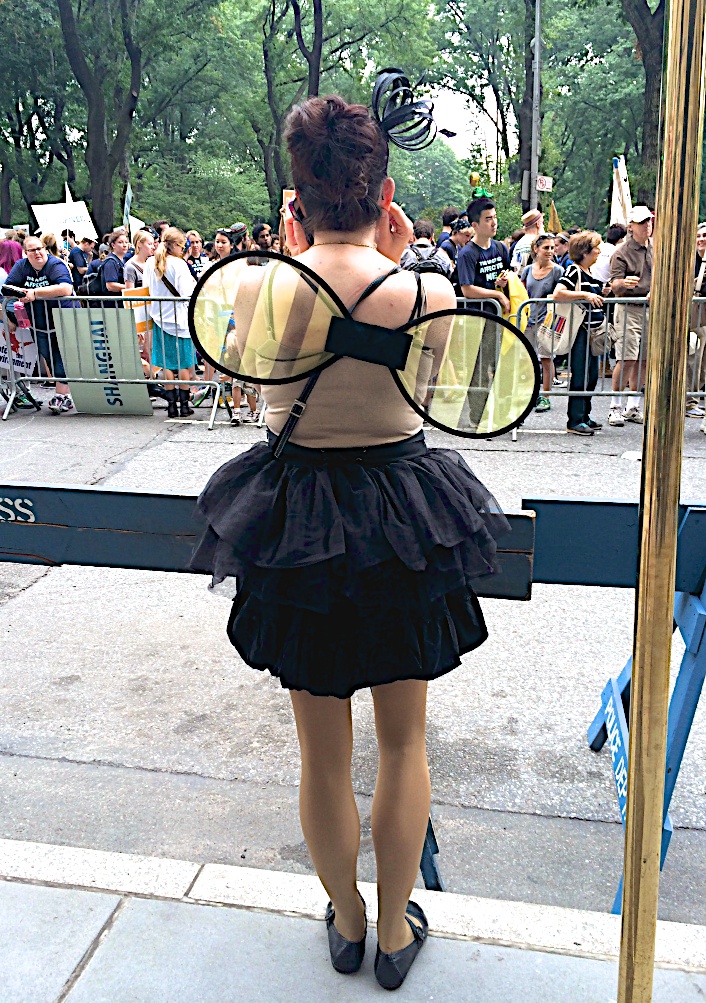 At the Climate Change Summit today, Zhang Gaoli, the vice-premier of China, said his country was on track to reduce carbon intensity by 40% from 2005 levels by 2020. “As a responsible major developing country, China will make an even greater effort to address climate change and take on international responsibilities that are commensurate with our national conditions.” 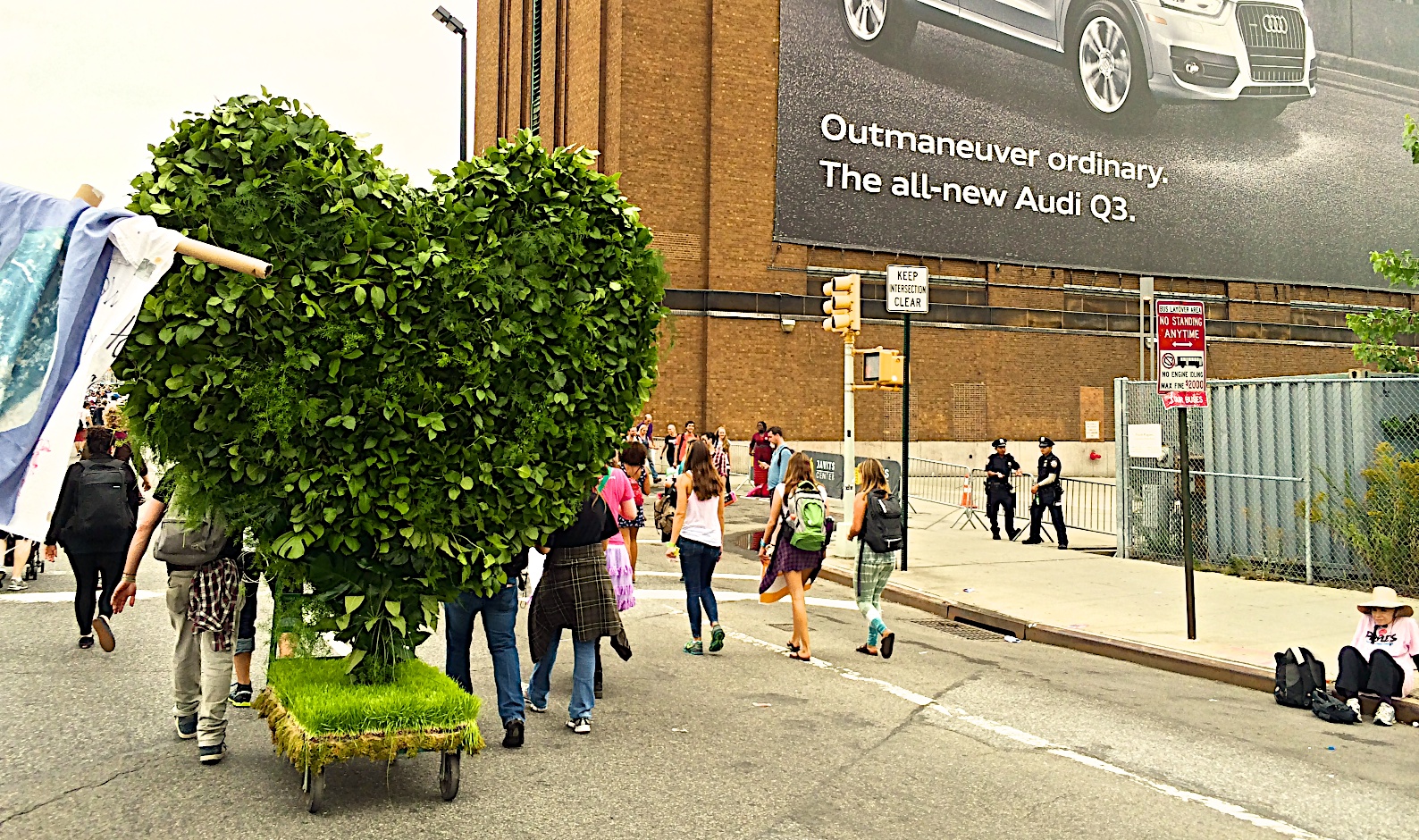 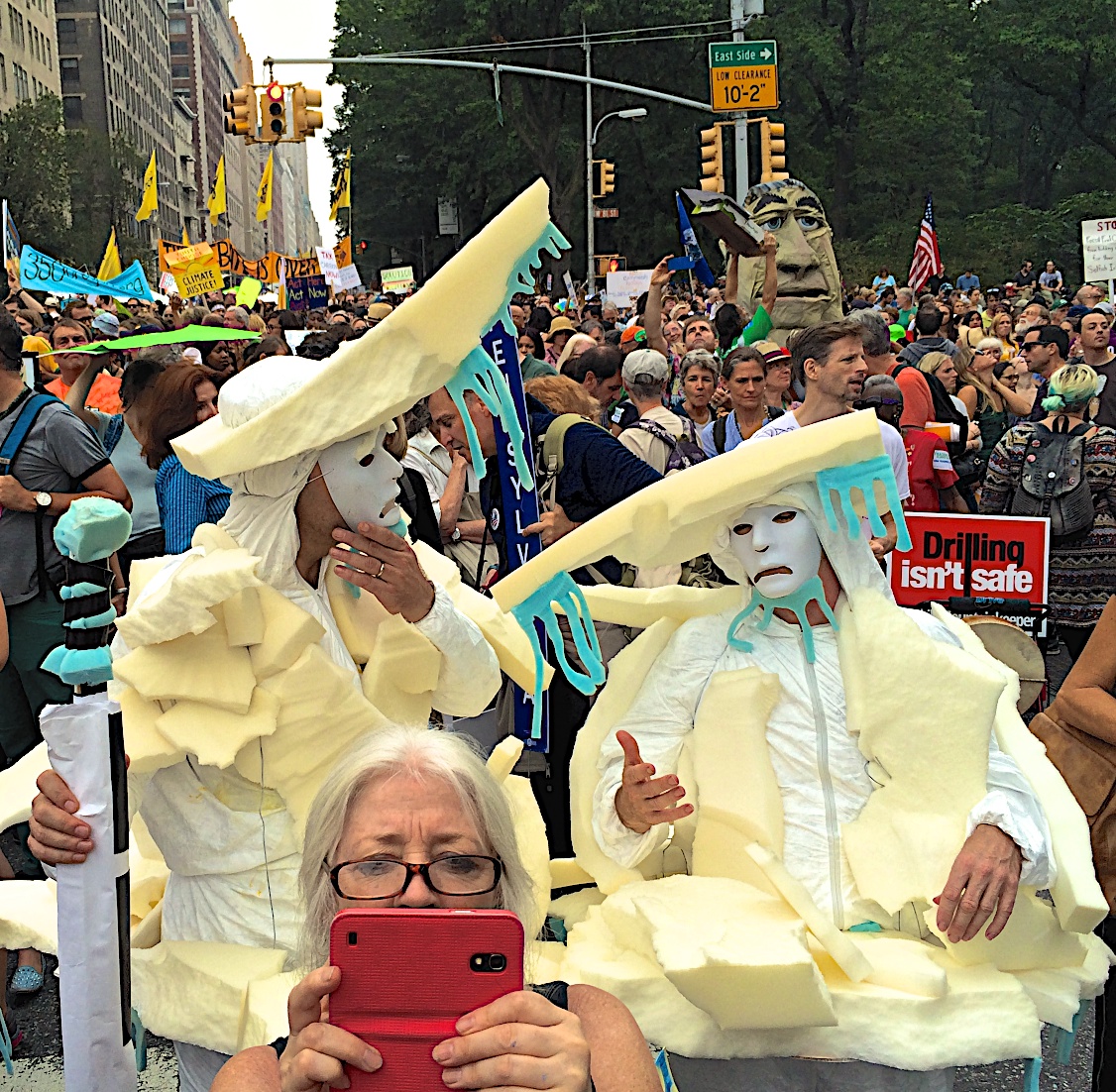 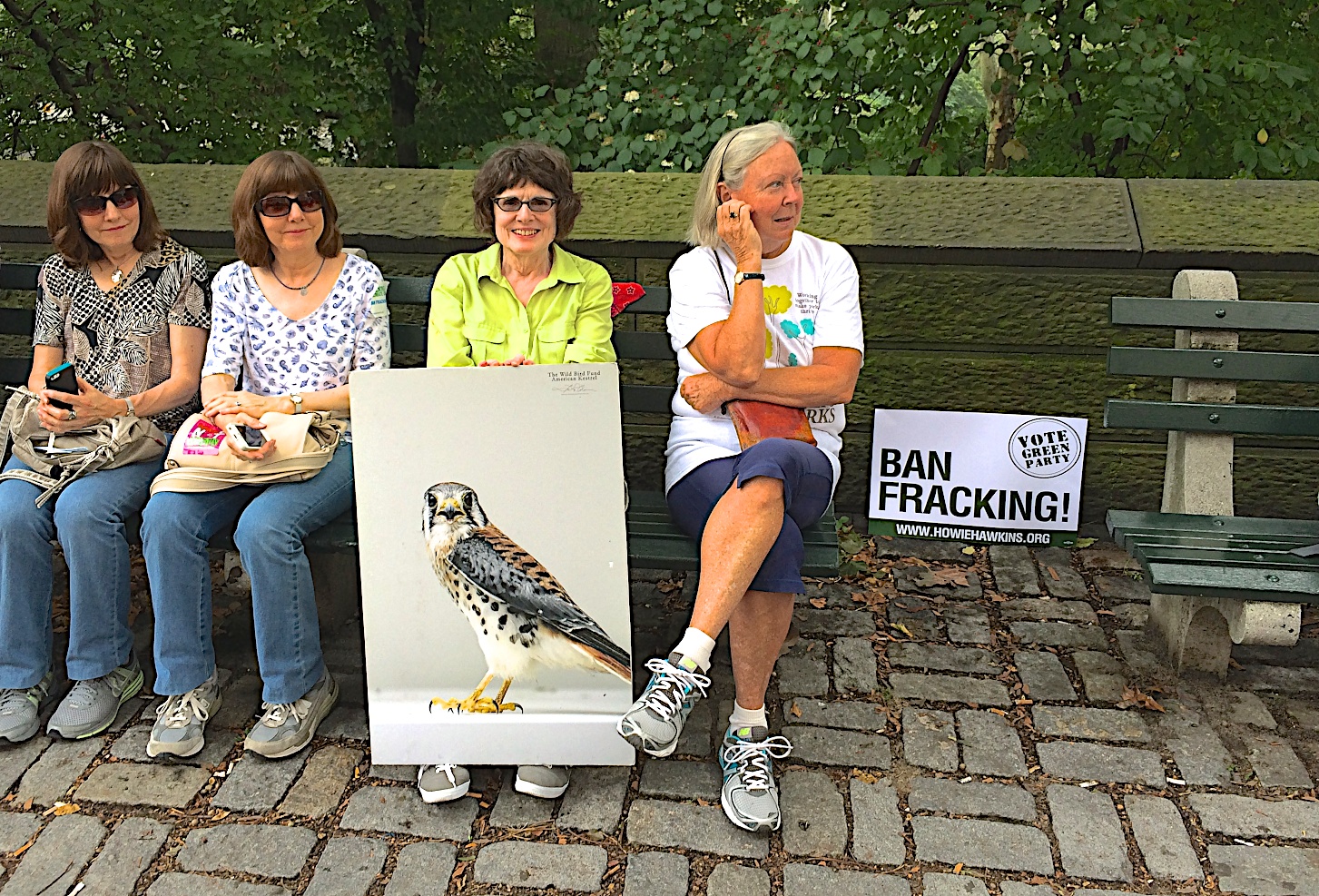 UN Climate Summit: 4 things to know about the talks

Four Places to Cut Down on Carbon

This article first appeared in The Journal of Wild Culture, September 23, 2014.

WHITNEY SMITH is the publisher and editor of the Journal of Wild Culture, a retired foraging executive, and an avid appreciator of people who dress themselves up beautifully, possibly as a way of losing their fear of having their picture taken.

With thanks to Debra Slack.

FEEL FREE TO USE THESE PHOTOGRAPHS to your heart's desire for non-commercial purposes. If you do, please include either of these links to the article

or include this credit: Photograph by Whitney Smith, from 'Heating Up: Climate Passion on the March,' The Journal of Wild Culture, September 23, 2014.

If anyone who appears in these photographs would like their name mentioned, or, if you wish to have the photograph of you removed, please get in touch: journal [AT] wildculture.com

Heating Up: Climate Passion on the March
A New Rebellion Takes Root Against Dithering
Young & Primed for Change: A new generation on the march
Guardians of the Orb Go Fashion Riding
Mayors, Be Our Agents for a Deal