A History of the World, Written in Rings

Category
Anthropology & Social Sciences
Weather & Climate
Research
A History of the World, Written in Rings
by Valerie Trouet
Published: May 31, 2020
Standfirst
Dendrochronology is the science of dating events, environmental change and archaeological artifacts by using the characteristic patterns of annual growth rings in timber and tree trunks. Paleoclimatologist Valerie Trouet uses tree rings to examine how climate patterns influenced ecosystems and human systems. This excerpt from her new book sheds light on the decline of Mayan culture in sixteenth century Mexico.
Body

EXCERPT FROM Tree Story: The History of The World Written in Rings
'The End of the World As We Know It'
by Valerie Trouet
Johns Hopkins University Press {April 2020}

"By translating the story told by tree rings, we have pushed back the horizons of history." — Andrew Ellicott Douglass, 1929

Dendrochronology has shed light on the evolution and causes of the Mayan Terminal Classic Period in the eight through tenth centuries, which is captured by the demise of their Long Count calendar. The Maya were one of the most advanced societies worldwide during the Classic Period (ca. 250– 750 CE [aka: AD]). Their extensive cities, beautified by opulent art and architecture, were home to millions of people, who recorded their daily life and adventures in a hieroglyphic script. They used the Long Count calendar to identify a date by counting the number of days that had passed since the creation of the world, which, according to Mayan creation myths, had occurred more than three thousand years earlier.* Not many of these Mayan written records survived the sixteenth-century Spanish Conquest, but a multitude of inscriptions on buildings and monuments are still visible and decipherable today. This is particularly true for the calendar dates the Mayans sculpted on new buildings, the earliest of which dates back to 197 CE. During the Terminal Classic Period (ca. 750–950), however, one by one Mayan cities stopped erecting dated monuments. The last preserved Mayan Long Count date is 909, found in the city of Tonina, in Chiapas.

The “Curse of One Rabbit” predicted famine and devastation in each year of “One Rabbit,” the first year of the 52-year Aztec calendar cycle. . . Researchers found that 10 of the 13 One Rabbit years on record (882-1558) followed severe droughts in the preceding year.

The termination of 700 years of recorded Long Count dates appears abrupt, but the disintegration of Mayan society that it represents was a circuitous process that stretched out in time; it wasn’t a sudden or complete demise. Between 90 and 99 percent of the Mayan population is estimated to have been lost during the Terminal Classic Period. However, hundreds of thousands of Mayans were still left to fight the Spanish conquistadors when they arrived in the sixteenth century, incurring an additional massive population loss, though even this second dark night of the Mayan soul did not ultimately eviscerate the society, and today the Mayan population in Meso-America has rebounded to 6 or 7 million people. Despite the perseverance of the Mayan people over the subsequent centuries, it is hard to dispute the disastrous effects of massive population loss and the decline of Mayan institutions, along with the disappearance of its kings and its Long Count calendar during the Terminal Classic Period.

The precise cause of the Mayan disintegration is debated, but the hypothesis that climate change played a role is more than a century old. It was originally posited by Ellsworth Huntington, a Yale geography professor and contemporary of A. E. Douglass’s. Huntington flirted heavily with the ideas of climatic determinism, even though this eighteenth-century approach had largely fallen from favor by the early twentieth century because of its association with scientific racism, colonialism, and eugenics. Nevertheless, Huntington postulated that a Meso-American pluvial provoked the Terminal Classic Mayan decline, and he supported his faulty hypothesis using sequoia tree-ring data from California. Huntington hypothesized that climate variability in the Yucatán was inversely related to that in California: when it was dry in the Yucatán, it was wet in California and vice versa. According to Huntington, a tenth-century drought recorded in Californian tree-ring data thus corresponded to a pluvial in the Yucatán. 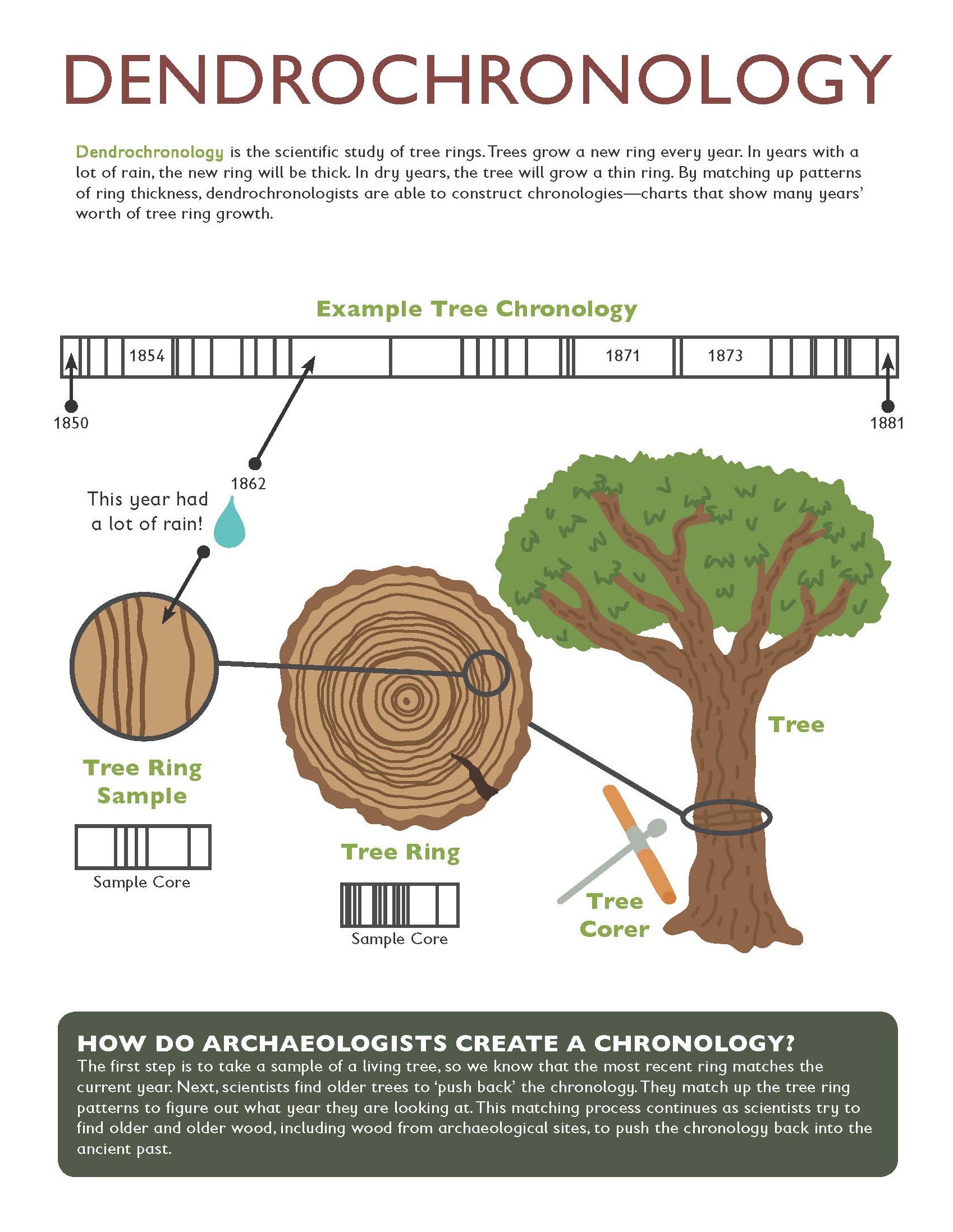 Huntington’s idea to use tree-ring data to investigate the Mayan Terminal Classic Period was good, but his execution was poor. Rather than tree rings from remote California and a hypothesized inverse climatic teleconnection, the rings in millennium-old Meso-American trees would provide the answer. Few Meso-American tree-ring chronologies extend back far enough to study pre-Columbian history. Because much of the Meso-American landscape has long been denuded and developed, tree-ring chronologies typically do not extend beyond 300 to 400 years. But in the steep Barranca de Amealco gorge, about 50 miles north of Mexico City, Jose Villanueva Diaz, of the Instituto Nacional de Investigaciones Forestales, Agrícolas y Pecuarias (INIFAP) in Durango, Mexico, and Dave Stahle, of the University of Arkansas, found a grove of Montezuma bald cypress (Taxodium mucronatum) that had escaped centuries of human deforestation. Ironically enough, the Montezuma bald cypress is related to the North American sequoia, so in a way, Huntington had been on the right track.

The Montezuma bald cypress is the national tree of Mexico and the only Meso-American tree species that lives to be 1,000 years old. One Montezuma bald cypress specimen in Oaxaca is, at 37.5 feet in diameter, the largest tree in the world by circumference. The trees in Barranca de Amealco are not quite as stout, but at 14 feet in diameter, they still provide a 1,238 year-long tree-ring chronology that reflects past droughts in central Mexico. The Amealco tree-ring chronology (771–2008) documents at least four major droughts, the first of which lasted 25 years during the Terminal Classic Period. The chronology narrows the timing of the Terminal Classic drought down to the year and shows that drought, rather than Huntington’s pluvial, bedeviled the region in the tenth century. It also shows that the drought extended over a broad geographical range from the Yucatán into the highlands of central Mexico. The tree rings further recorded two later droughts that corresponded to the timing of the demise of the Toltec state (1149–67) and to the sixteenth-century Spanish conquest of the Aztec state (1514–39), respectively. 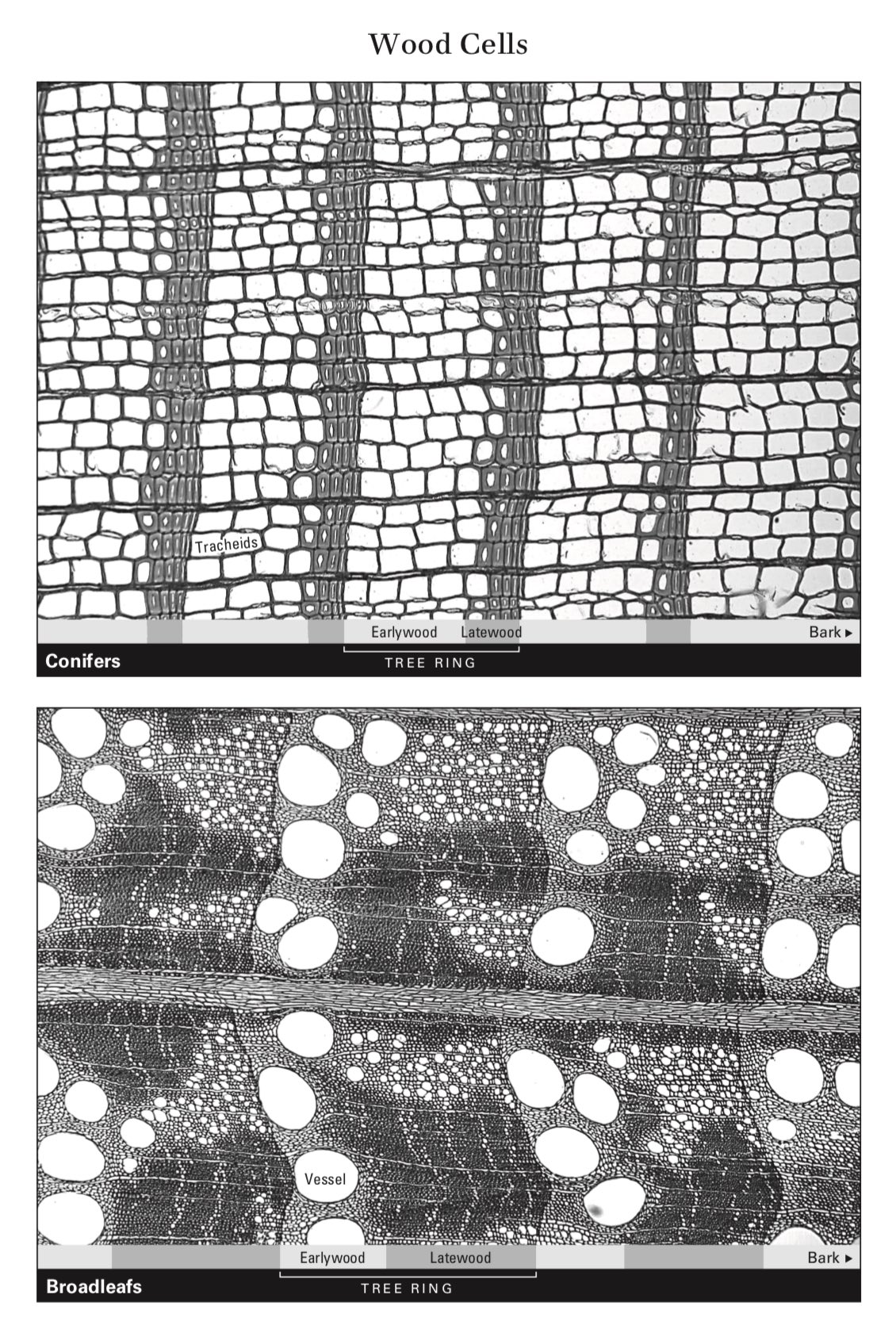 In wet years, with lots of snow and rainfall, trees grow well and form wide rings. In dry years, they suffer and form narrow rings. The sequence of alternating wet and dry years thus creates a sequence of narrow and wide rings shared by trees from the same region. The tree-ring sequence is like a long string of Morse code that is very recognizable. It allows us to match tree-ring patterns in live and dead trees, historical buildings and artifacts, even charcoal and subfossil wood in a process called crossdating.

Like the earlier Terminal Classic drought, this sixteenth-century drought coincides with a massive depopulation in Mexico that has been scrutinized in both the contemporary scientific world and the popular media. The Aztec population is estimated to have been decimated by 80–90 percent over the course of a century after Europeans arrived. European and African diseases imported by the conquistadors, such as smallpox and measles, contributed to this sixteenth-century demographic catastrophe, but its main culprit was an endemic disease that the Aztecs named cocolitzli, meaning “pestilence.” Cocolitzli was a hemorrhagic fever that was unknown to both European and Aztec physicians. It was likely caused by a viral infection, not unlike the Ebola and Marburg viruses, that raged through the Aztec population in a series of epidemics, while leaving the Spaniards all but unaffected. A first cocolitzli epidemic started in 1545, 24 years after the Spanish conquest of the Aztec Empire, lasted four years, and killed 800,000 people in the Valley of Mexico alone. An even larger cocolitzli epidemic started in 1576, resulting in the deaths of 45 percent of the Aztec population.

The two sixteenth-century epidemics occurred during an almost century-long drought that lasted from 1540 to 1625 and extended from Central Mexico through North America to the boreal forest of Canada. A close look at the Amealco tree-ring chronology reveals that the 1545 and 1576 cocolitzli epidemics started during brief wet periods that interrupted the persistent decades of drought. The parallels between the sixteenth-century and Terminal Classic droughts and their respective devastating population losses are striking. They suggest that hemorrhagic-fever epidemics might have been involved not only in the sixteenth-century Meso-American depopulation but also in the Mayan demise of the Terminal Classic Period. Such alternating dry and wet episodes have been linked to pandemics on other occasions as well, such as the Hantavirus outbreaks in the American Southwest in the 1990s. We have also seen them at work on decadal scales, when they provided a climatic link between malaria outbreaks and the fall of Rome. 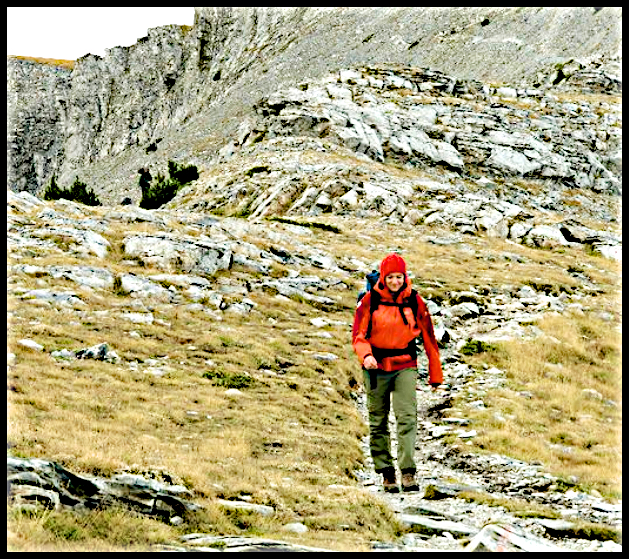 In Greece . . . the author returning after a long day coring trees. [o].

Rodolfo Acuna-Soto, of the Universidad Nacional Autonomica de Mexico (working with Villanueva Diaz and Stahle, and Matt Therrell of the University of Alabama) and have since expanded upon the Amealco tree-ring chronology, so that the Mexican tree-ring network now includes more than 30 Douglas fir and Montezuma bald cypress chronologies. This network has been used to lend credibility to some pre-Hispanic Aztec beliefs. The Aztecs were a superstitious people; they held folklore high and believed in omens and curses. Arguably the most infamous of these curses was the “Curse of One Rabbit,” which predicted famine and devastation in each year of “One Rabbit,” the first year of the 52-year Aztec calendar cycle. To test the validity of the Curse of One Rabbit, the researchers looked at tree-ring-reconstructed drought before, during, and after One Rabbit years. Lo and behold, they found that no fewer than 10 of the 13 pre-Hispanic One Rabbit years on record (from 882 to 1558) followed severe droughts in the preceding year. The widely reported Famine of One Rabbit in 1454, for instance, was preceded by two years of below-average tree-ring values, indicating drought and potential crop failure. The Aztecs might have been on to something in relating their One Rabbit years to famine and misfortune, but their curse ended with the Aztec Era. None of the 8 One Rabbit years recorded after 1558 CE and following the Spanish Conquest were preceded by low tree- ring values or drought. Cocolitzli appears to have decimated not only the Aztec population but also its Rabbits. ≈ç

* The creation date was 31 August 3114 BCE, according to the Gregorian calendar.

VALERIE TROUET is a paleoclimatologist and Associate Professor in the Laboratory of Tree-Ring Research at the University of Arizona. She has used tree rings to study hurricanes, snowpack, wildfire, and the jet stream. She has studied the influence of climate on historical events, such as the Fall of Rome, the Ottoman Crisis, and the Golden Age of Piracy. She lives in Tuscon, Arizona. View Valerie's site.

A History of the World, Written in Rings
Digested Science - Memory, Mammoths, Solar Power
Splitters and Lumpers
Scanning Ice: Up close with a Sea Ice Physicist
'Nature Is Actively Capturing Me': An interview with Mark Peter Wright