Category
Movements & Communities
Politics & Power
Religion, Mysticism & Ritual
My Queen
by Barry Stevens , Whitney Smith
Published: Sep 17, 2022
Standfirst
On the day Queen Elizabeth died, I happened to be visiting a friend for drinks at his place. He and his family had emigrated to Canada when he was a teenager, but he had grown up in England. When I came into his apartment that day he was watching the BBC's coverage, and clearly affected by it. The first thing he said to me, after taking a deep and difficult breath, was that it was a very, very sad day for him. We talked more about her, then sat down and made a toast.
Body

BARRY STEVENS   To the only queen I have ever known, Her Majesty Queen Elizabeth the Second. Rest in peace. [Toasting]. And, we should toast the King.

WHITNEY SMITH   To the King. [Pause.] Can you tell me about your response to the Queen's death today?

BARRY STEVENS   Well, I mean, I'm very, very sad. [Pause] The first person I called was my sister. She was in a meeting. But because we grew up together in England, she was the one I reached out to first.

WHITNEY   Do you know what is at play in that strong emotional response . . . for you?

BARRY   Orwell commented on this, that there may be a deep desire within people for leader worship. And what the monarch, what the constitutional monarchy did, was to split off that desire for leader worship into a safe place. So people could like the Queen, or toast the King, when the real power was elected. This is perhaps one problem that the United States has, because the notion of leader worship is not really split off there. That is, the president can get worshipped as we've been seeing, and that can be dangerous. There's something very powerful there.

It's a great dramatic premise . . . she can't do anything, but everyone says she's the boss. 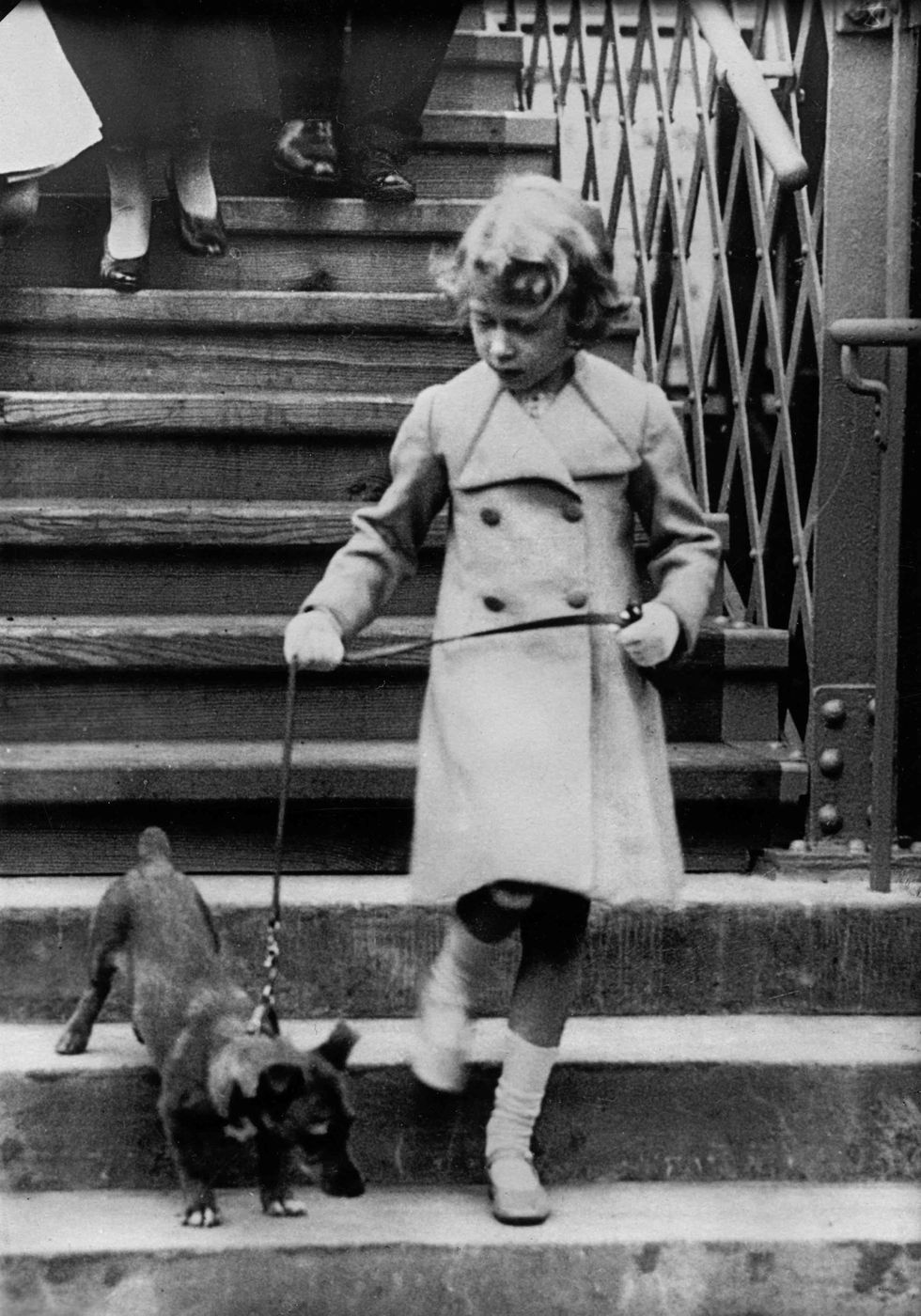 WHITNEY    Where the mob gets caught up in the power of a particular individual.

BARRY    Yes, exactly. It happened in a very emotional way with Princess Diana. But, of course, she had no real power, no political power. What Orwell was saying was, since there's this desire for leader worship, that can be a good thing.

There's a Beyond the Fringe sketch where they were pretending to interview Prince Philip. I think Peter Cook was playing the Prince. And they asked him, “Well, Sir . . . Prince . . . Your Royal Highness, what do you see the role of the monarch in today's world?” And Prince Philip says, “Oh, it's very, very good! And, of course, I’d be out of a job if it weren’t. Probably be some bloody ski instructor in Switzerland or something.” Then he said, “You know, it’s good thing for this reason as well: It gives the people somebody to wave at.” And that's exactly what Orwell was saying, too. So that's probably its great function.

WHITNEY    What happens when we're waving at something? 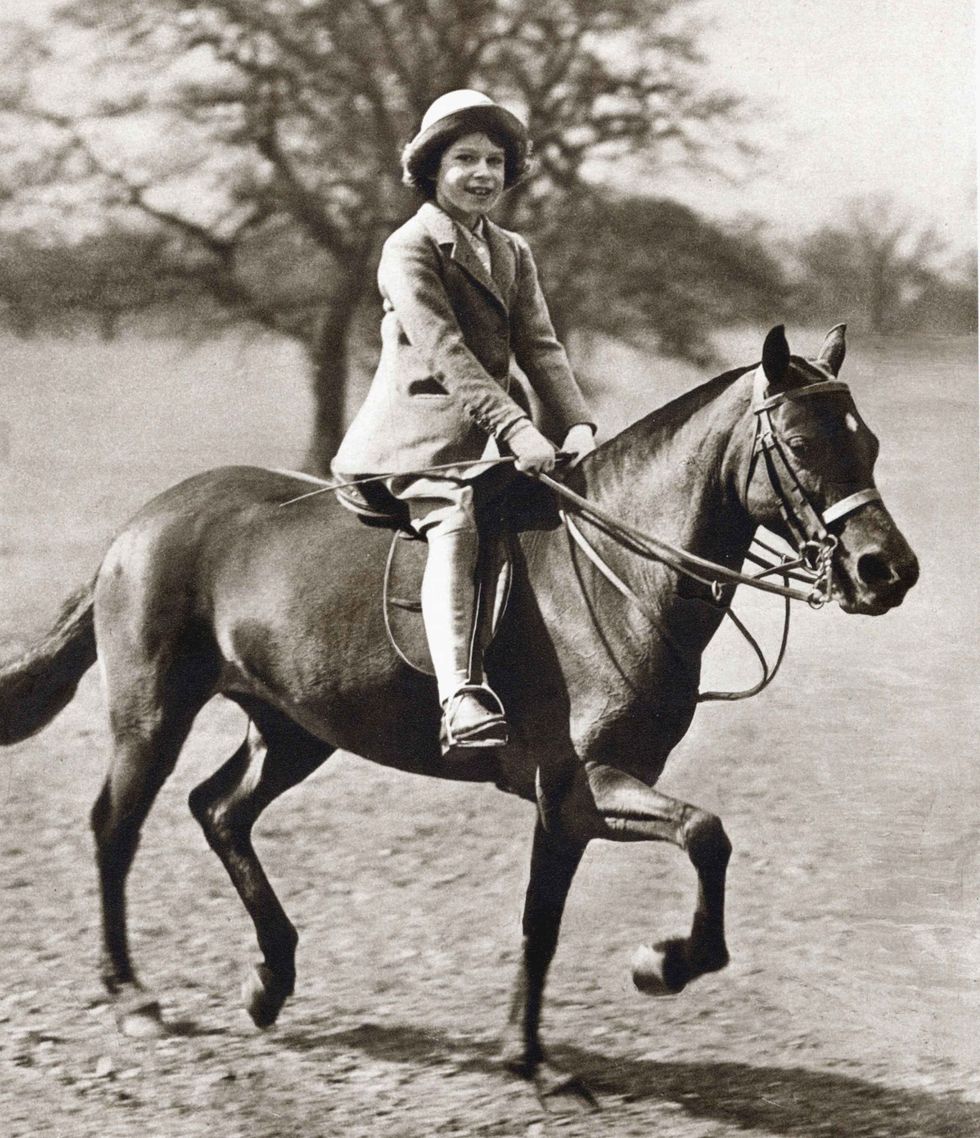 BARRY    I suppose we're accepting a kind of continuity of leadership. IN the instance of the Queen, we’re accepting her as our chief, our chief grandmother. For me, she was like a grandmother. I didn't have a grandmother. But it always felt like she was just **there, and that's very appealing for a lot of people — her presence. It can see it in all kinds of other positive ways, not just the negative ones, like Hitler. If there's a continuity without power, whereby she represents certain values — service, caring, the general improvement for everybody — it can bring constancy. More than anything, that's what she represented in turbulent times. If you think of 1952 till now, look at how much has changed. In British life, she was the constant, and, in a sense, more constant than anything else in the world — than any other leader in the world. It's not disputable. There is no leader in the world who spent that amount of time and had that role. 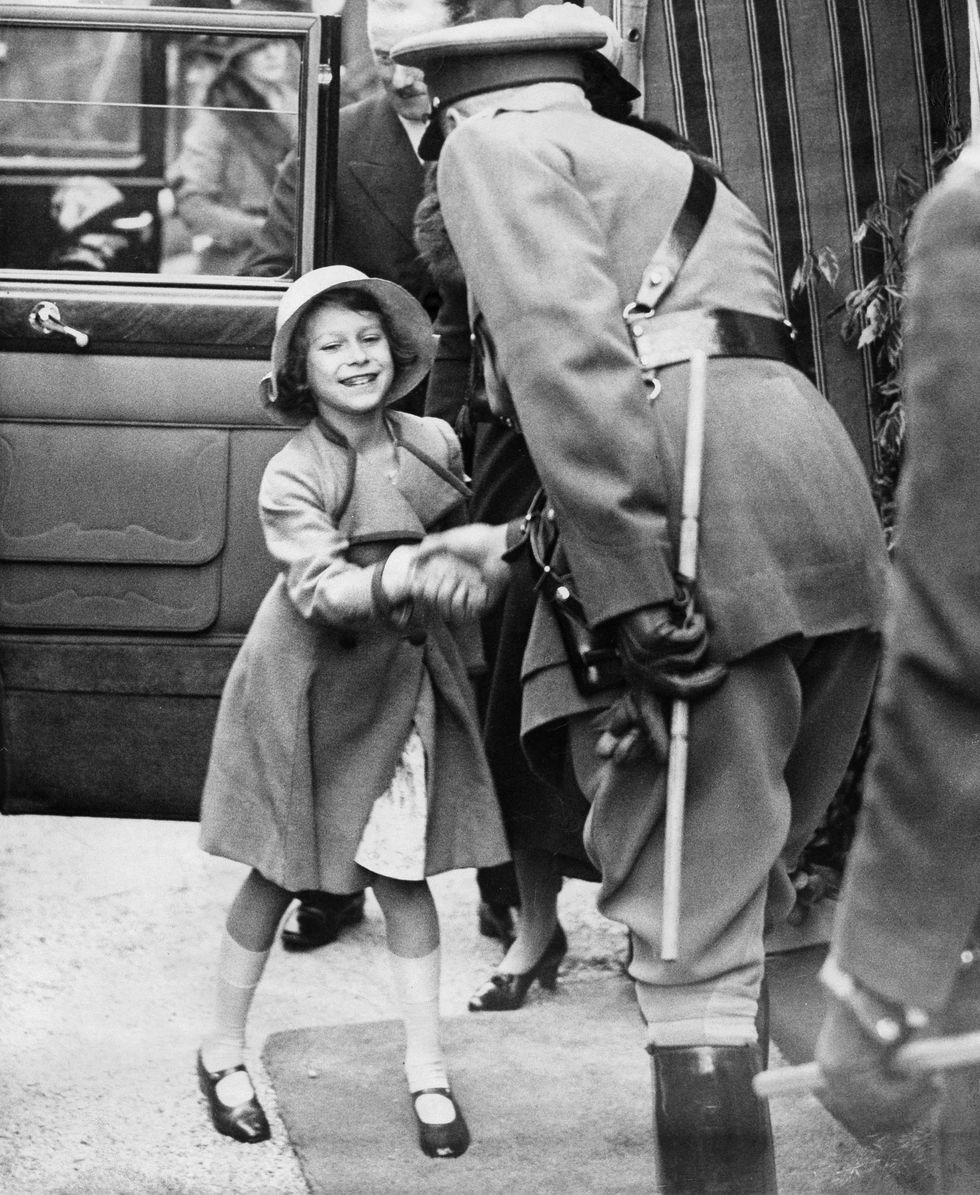 In the series The Crown, one of the things I loved, that was so clever in how it was done, was that it was a drama about somebody who had all the authority and none of the power. That is a great dramatic premise. She can't do anything, but everyone says she's the boss. Or the other way around: everyone says she's the boss, but she can't do anything. And, dramatically, that's terrific. But in **The Crown, there was a scene where the political theorist Walter Bagehot — who edited the magazine The Economist [in the 1860s] — said something like, “there's the efficiency of government, and there's the dignity,” by which he also meant the drama and the theatre of it. Efficiency is government, the prime minister, and dignity is the monarchy. 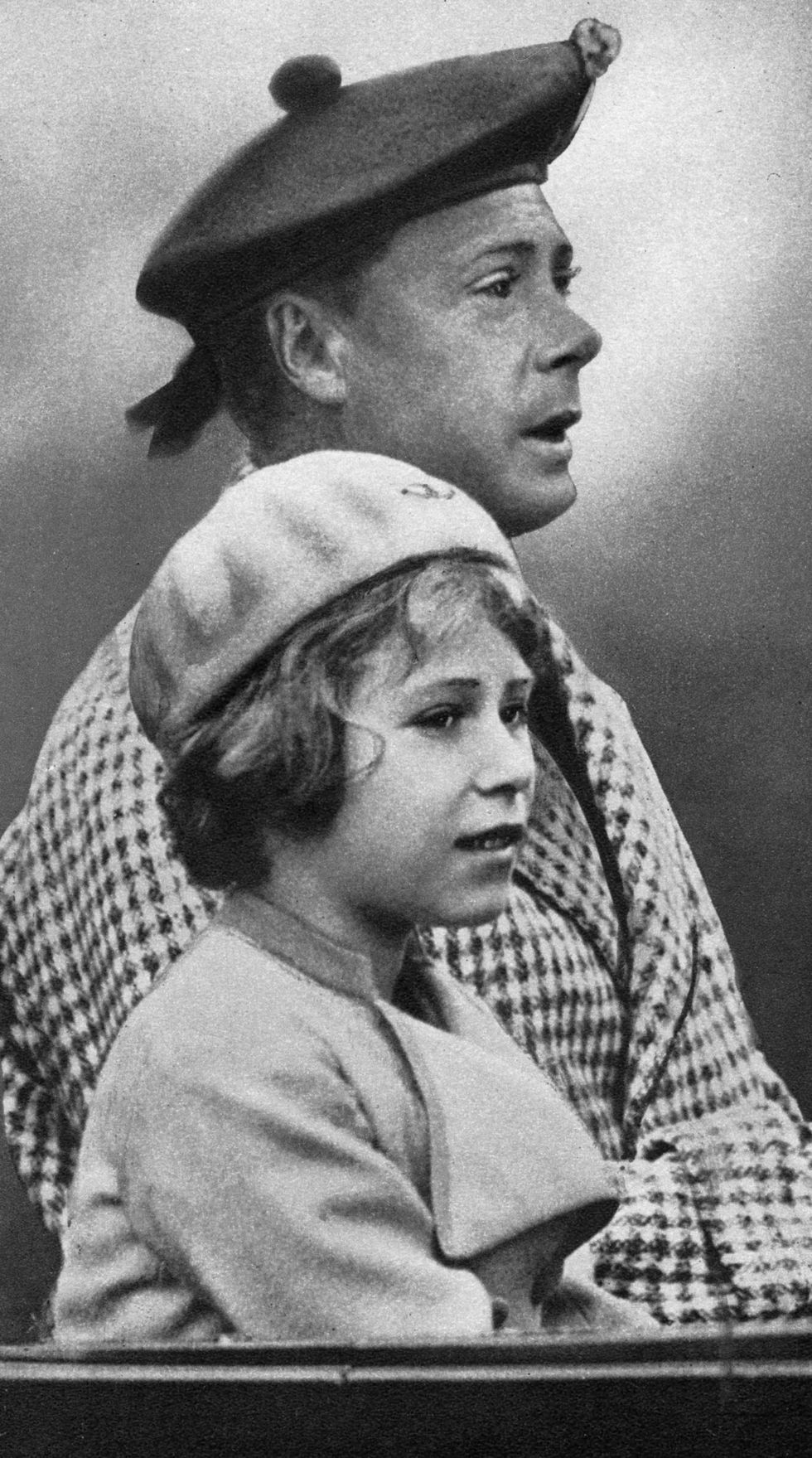 1936. With her uncle David, King Edward VII, the year of his reign and abdication. [o]

WHITNEY    I’m moved by your response to the Queen’s death. I feel the loss in a certain way, as a Canadian and therefore as a subject of the British Commonwealth, for what that’s worth, I’m never quite sure. But for you — having mentioned that she was like the grandmother you never had — it’s as if you have lost a member of your family.

BARRY    I don't know. I don't know. Well, I do know. As my own death approaches, it's a continuity. For my whole life she's been there. I was born in 1952, the same year she ascended to the throne. She’s almost exactly 26 years older than I am. So her reign is coterminous with my life so far.

I’ll tell you one story about the Queen and me. 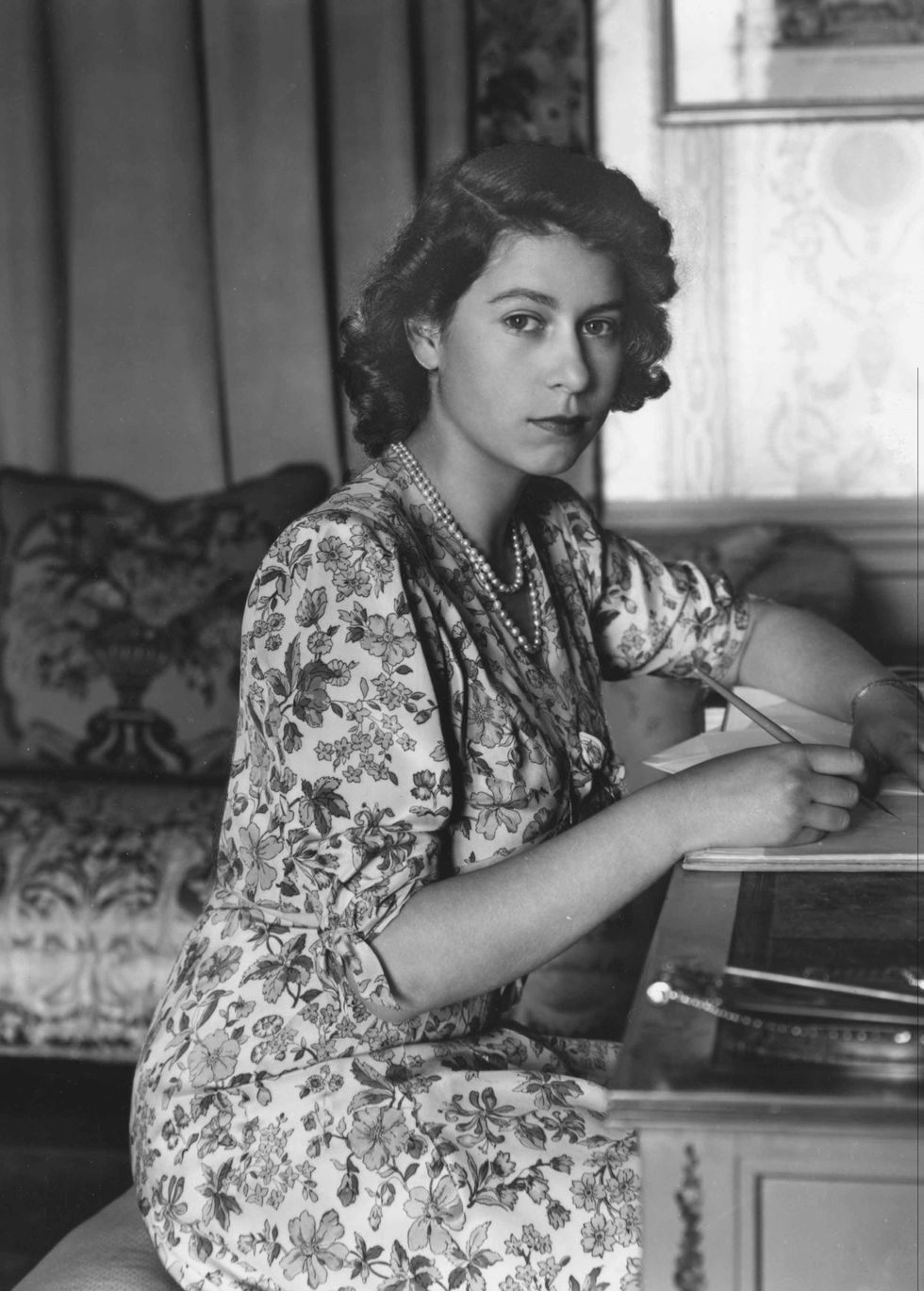 So, I'm about six years old, we go to France, my father, my mother, and me. I'm in the backseat. When we’re returning from France, we come off the ferry in our car and we’re about to go though British customs. Now, my father has very difficult and complex rules about alcohol and crossing the border. This time, he has bought a bottle of French cognac, and it exceeds some sort of limit, I guess, so he stuffed it under the seat, and he's not going to declare it.

So, at customs, the guy says, “Anything to declare?” My father says, “No, no, no. We’re fine.” My mother says, “No, no. Nothing, nothing.” And I look at this guy, he's leaning into the car, and he's got a hat on, and at the front of it is a badge. With a portcullis and a Lion and the Unicorn, and the words, H.M. Customs, Her Majesty's Customs. I immediately recognized it, the royal coat of arms. And it dawned on me, this man represents Her Majesty the Queen. And I say, “No, no, they’re lying. They’ve got a bottle of something under the seat. I don't know, it’s something, I don't know the word. They've got something under the seat.” And my mother shushes me. The H.M. Customs guy just laughs, and says, that's funny, and he waves us through. My mother turns around and says, “You really shouldn't do that. We are your parents.” 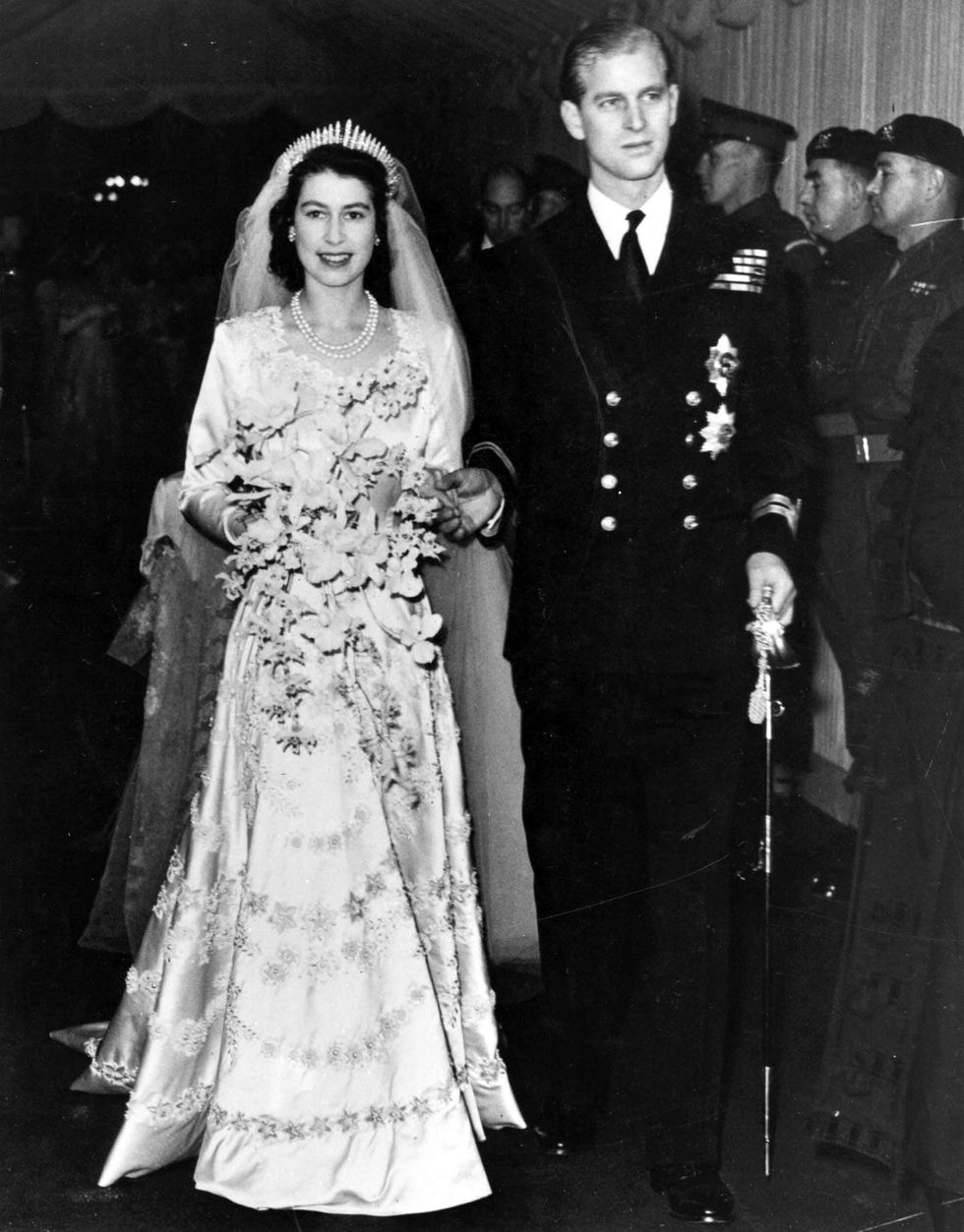 WHITNEY    Yet, the family was waved through.

BARRY    We were. But there's that famous child in Stalin's Russia in the 30s, Pavel Morozov. It was the time when youth had to wear Stalin’s picture on their lapels, and if you saw anything suspicious, or anything against the leader, you had to announce it. Pavel ratted out his parents for being anti-Stalinist. They were sent to the Gulag. He became a Hero of the Soviet Union. [See book on the subject: Comrade Pavlik: The Rise and Fall of a Soviet Boy Hero.] That’s what I was with the Queen. That's how much I loved her.

Well, of course that’s crazy, but I saw her as one step below God, who I wasn’t sure even existed – and she was the parent to whom my parents had to answer. 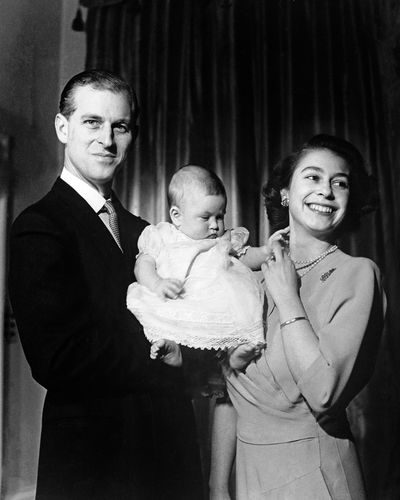 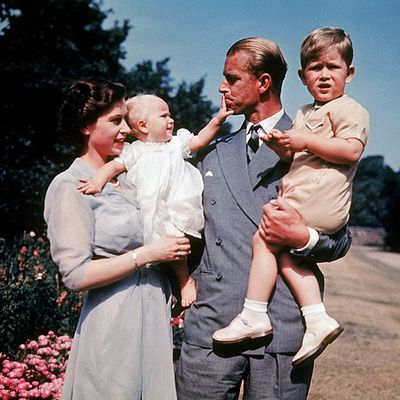 Okay, now I’m an adult, and anti-monarchist. As a Canadian, I’d like us to become a republic, and get rid of this wasteful, kind of silly institution — like a vestigial organ in our political body. But, of course, that opens a can of worms with respect to Quebec, and First Nations — most of whose relationships are with the Crown. And, anyway, all ten provinces and both houses of Parliament have to agree. So, no way.

But, when I became a citizen, I had to swear an oath of allegiance to Her Majesty, basically swear to defend her with my life. This was strange, because — despite my respect for her when I was a kid — I resented it. I never had to do that as a Briton, and isn’t it ridiculous to ask people from Somalia or Ecuador to swear allegiance to King Charles!? Nothing against the man, he was decades ahead of the world on calling modern architecture ugly, on the environment, and on organics. But no. I think it’s time to put away childish things.

As for Queen Elizabeth, lots of us will always remember her with affection. The person is not the institution. And my god, she was working up til the day she died.

PHOTO ESSAY: Elizabeth II, Queen of the United Kingdom and other Commonwealth realms 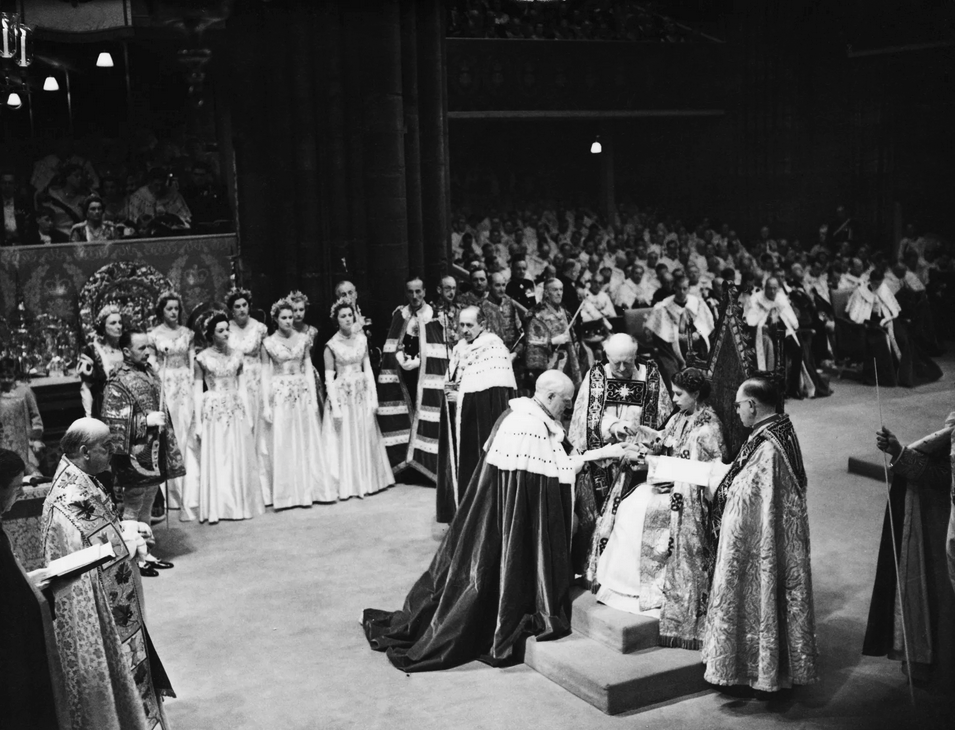 1952. At her coronation, Emblems of Majesty are presented to the Queen as she sits in St. Edward’s chair for the Anointing Ceremony. Here, Chancellor of the Duchy of Lancaster slips the glove onto Elizabeth’s right hand symbolizing gentleness in levy of taxes. [o] 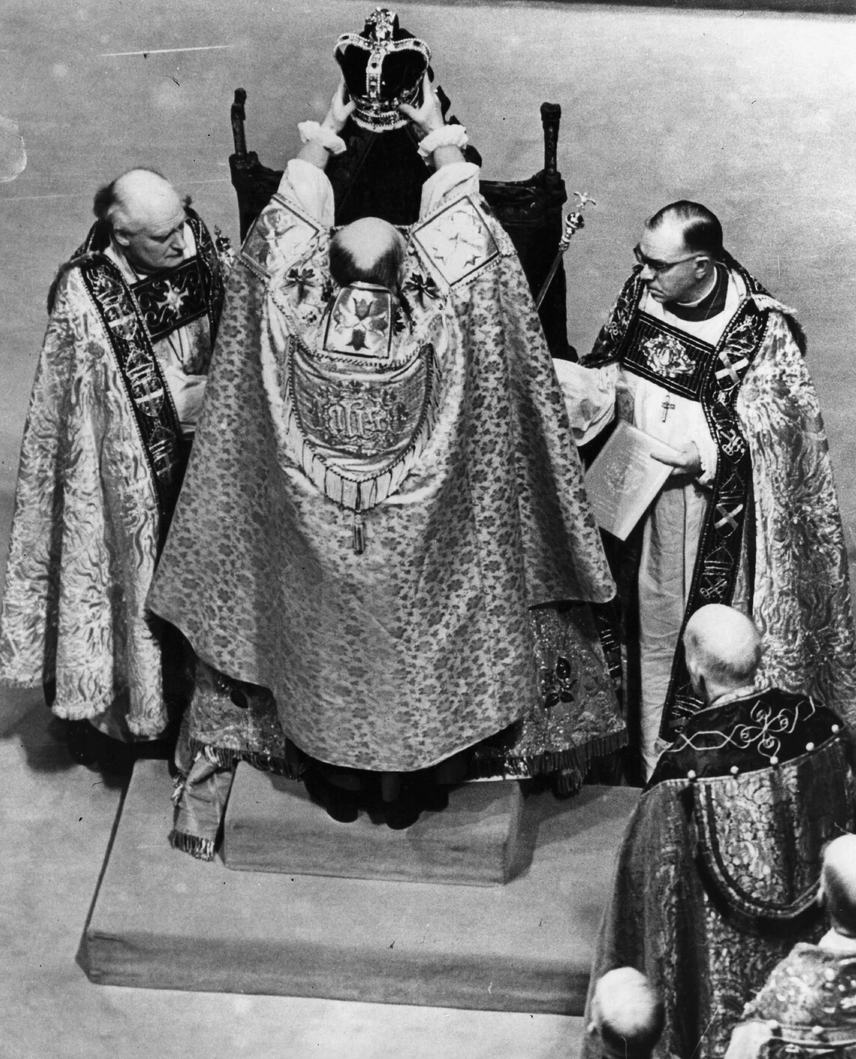 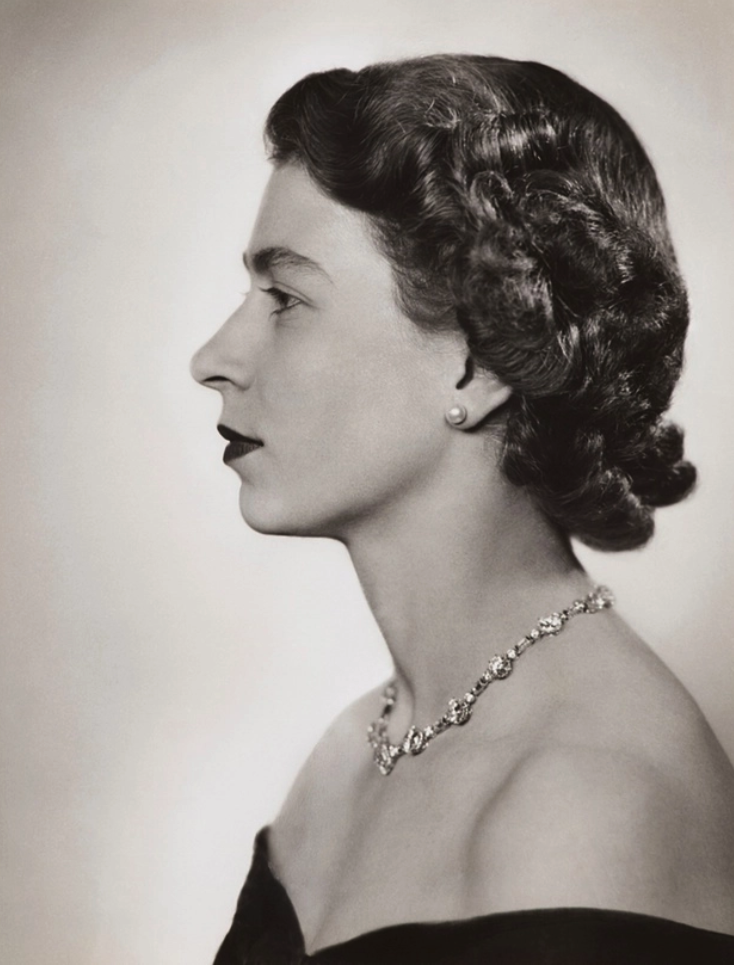 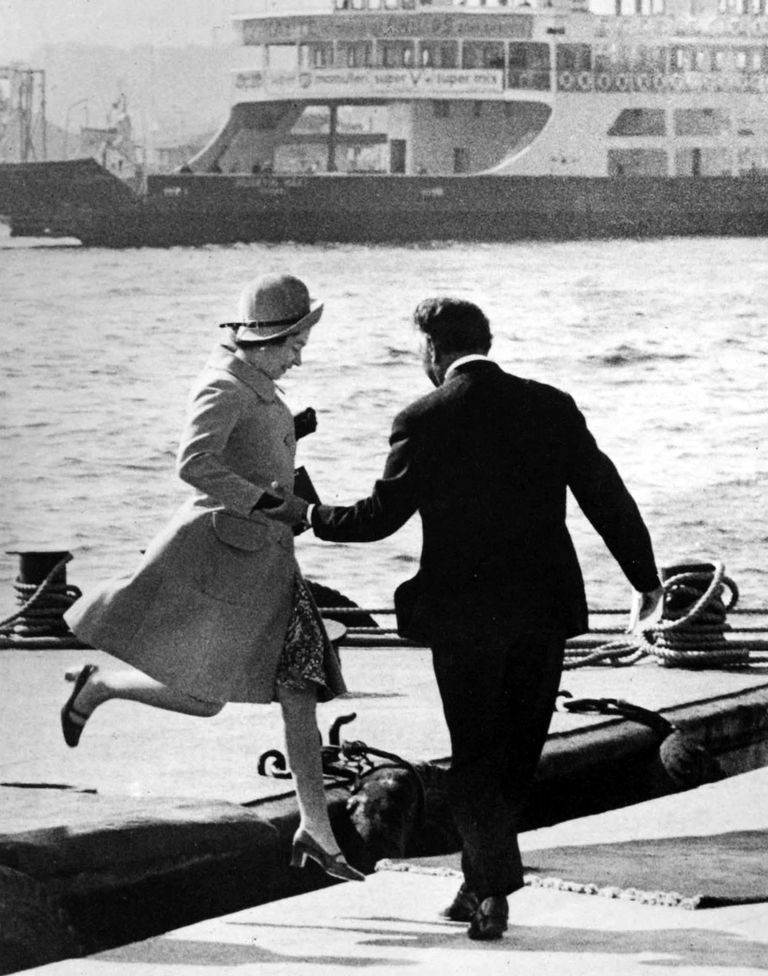 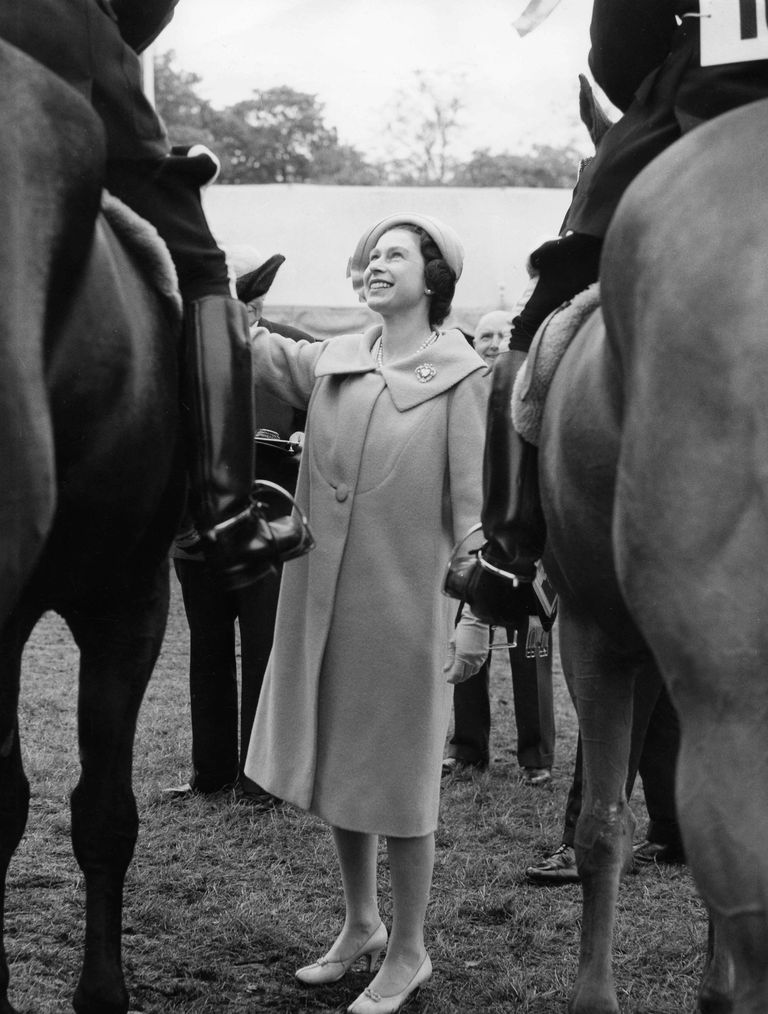 1962. A lifelong lover of horses and competitive racing. [o] 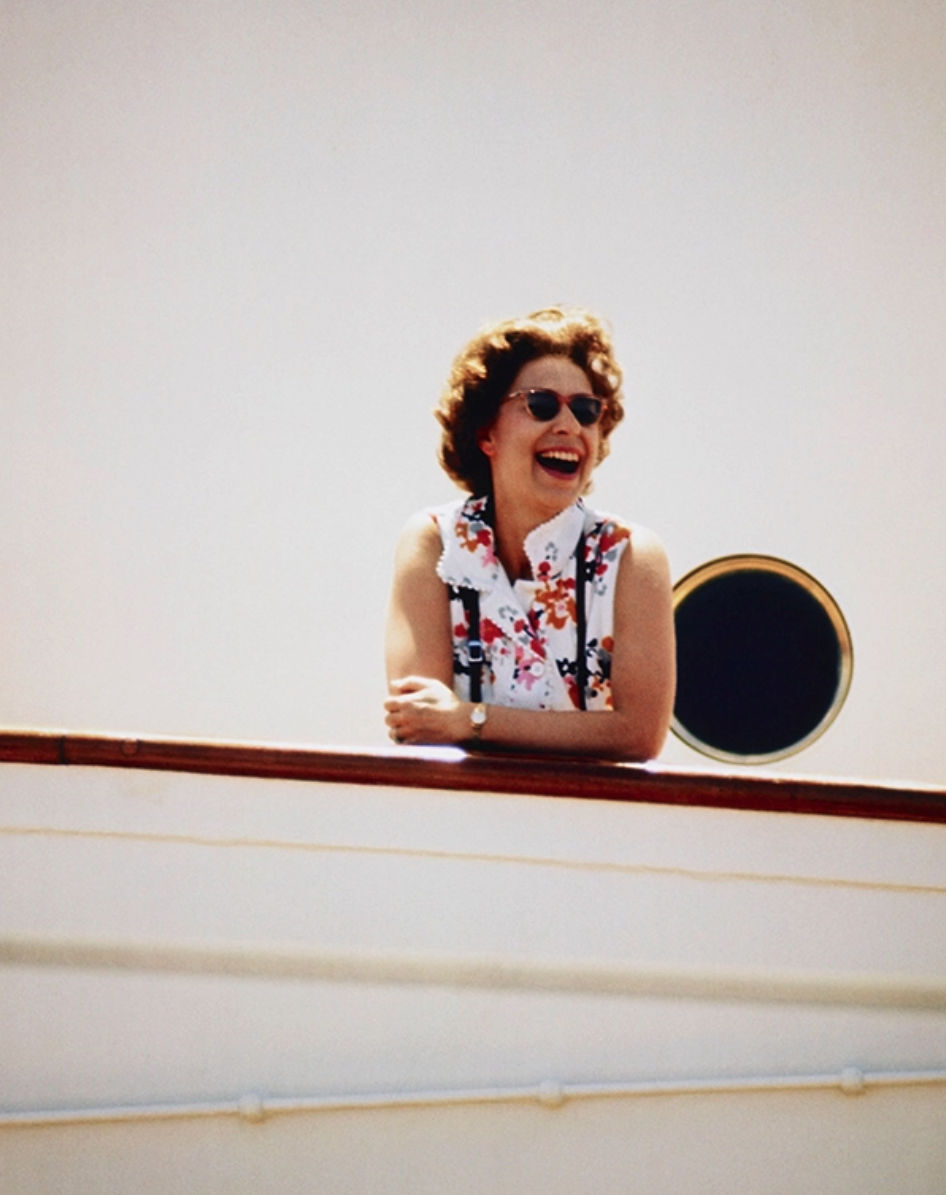 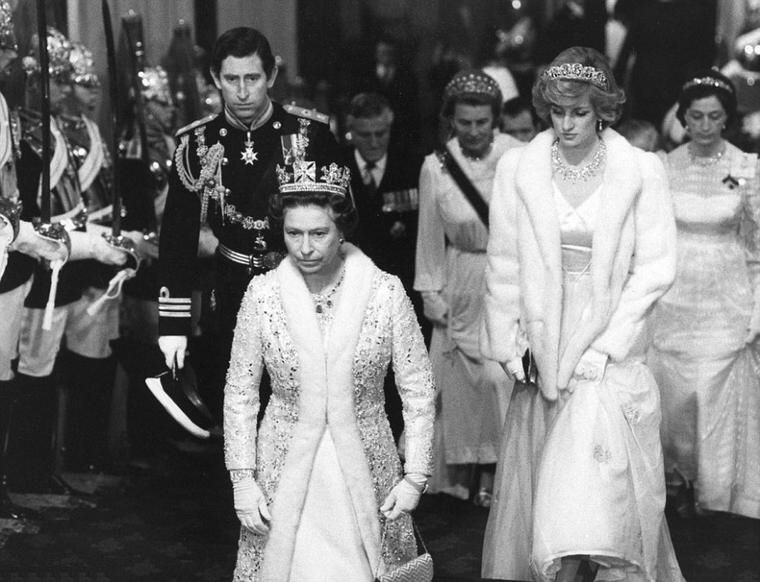 1982. Charles and Diana attend the State Opening of Parliament in the House of Lords. [o] 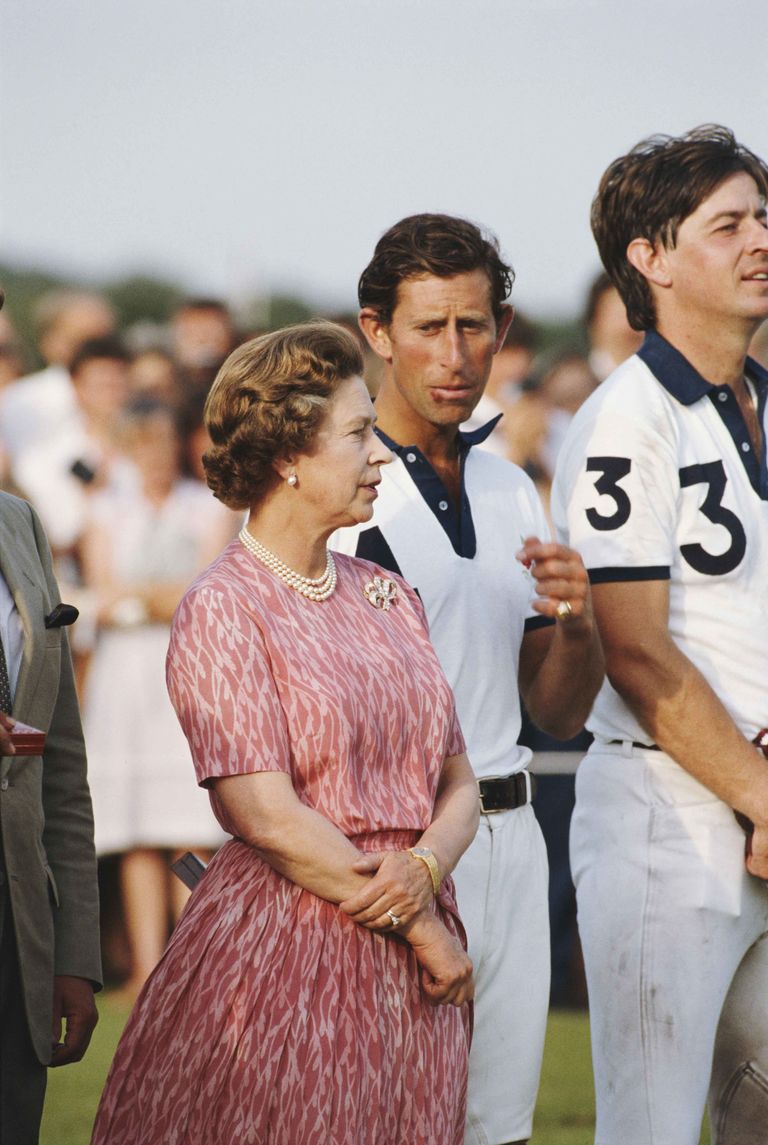 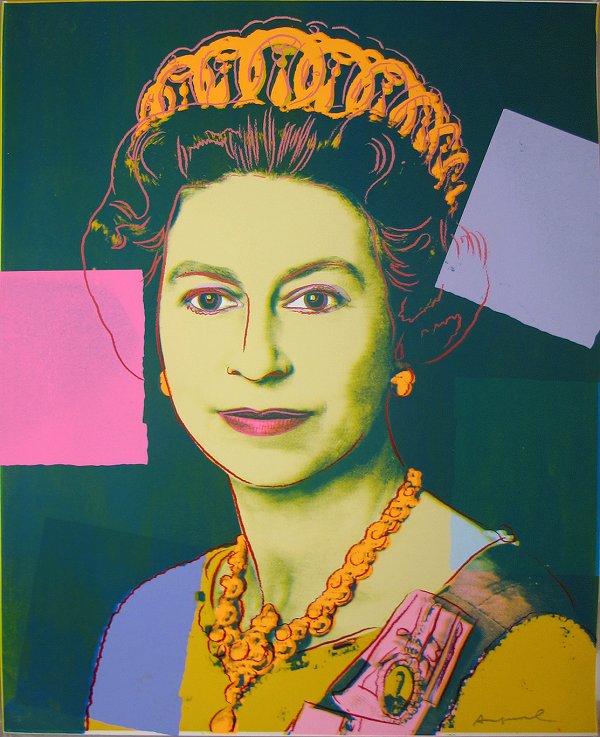 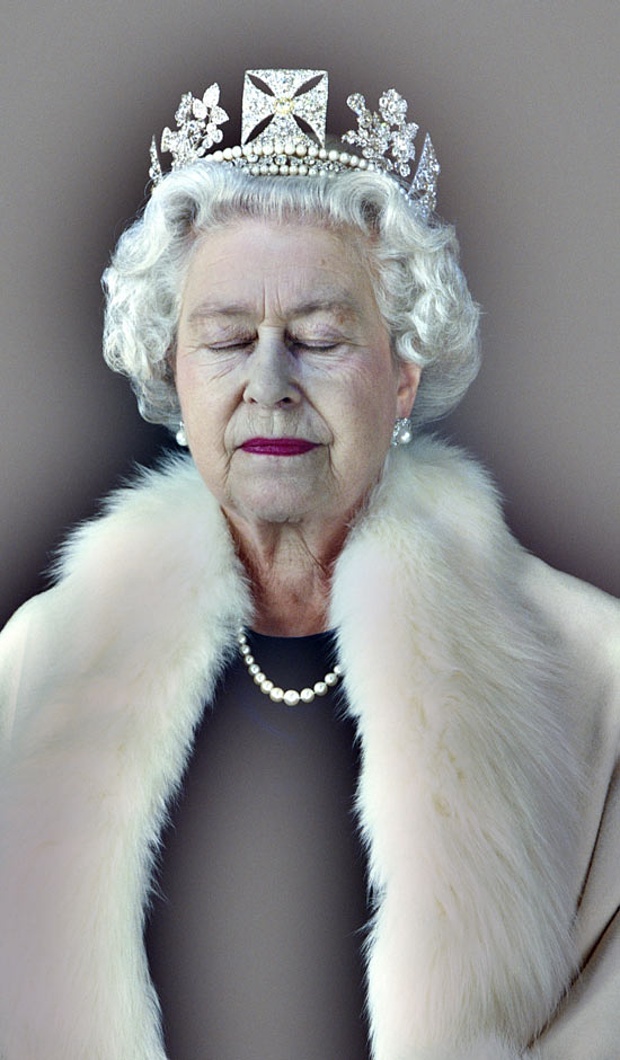 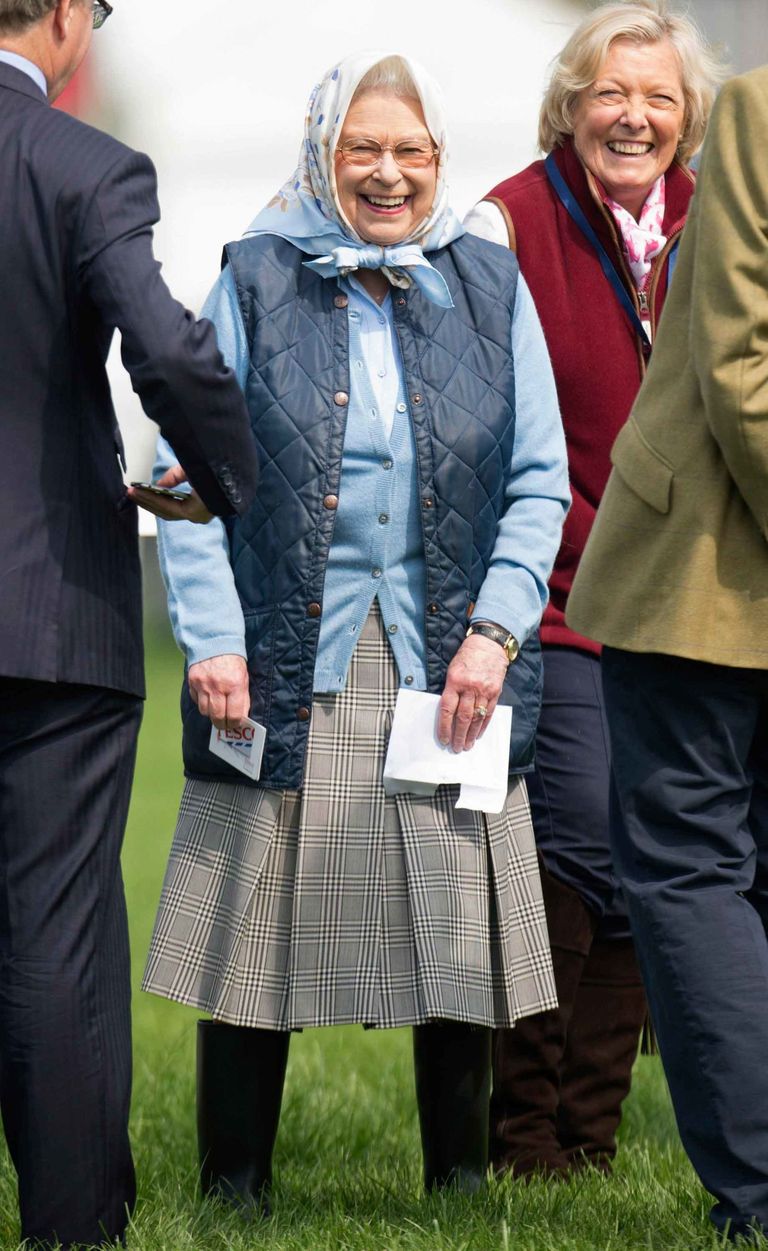 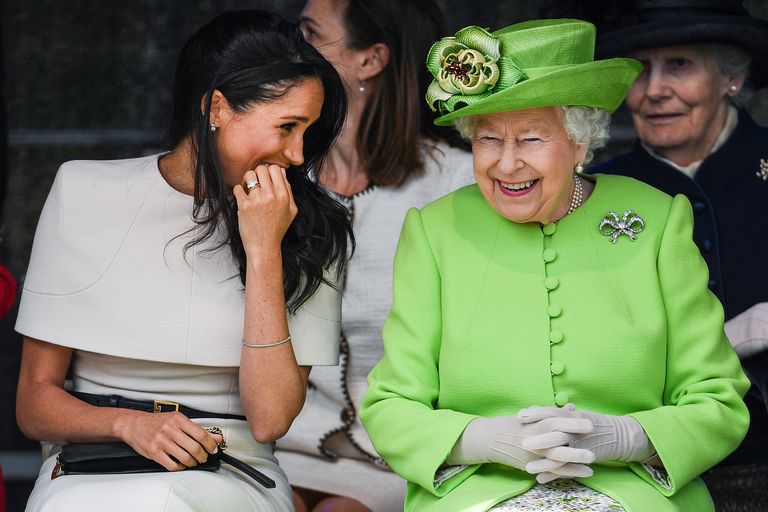 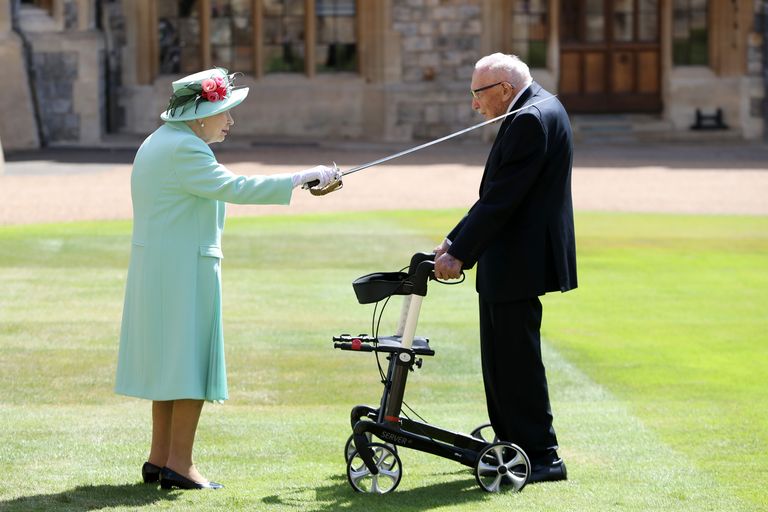 2020. During the pandemic, awarding Captain Sir Thomas Moore with the insignia of Knight Bachelor after he raised over £32 million for the National Health Services. [o] 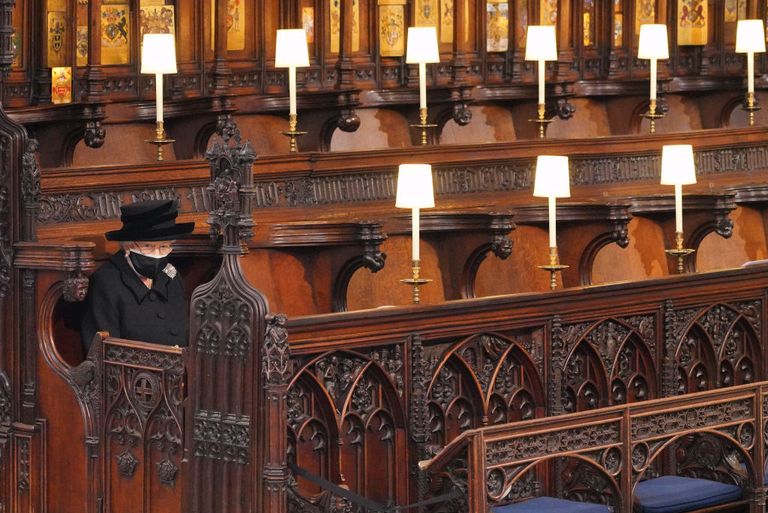 2021. Due to ongoing pandemic restrictions, the Queen sat by herself during the funeral of her husband. [o] 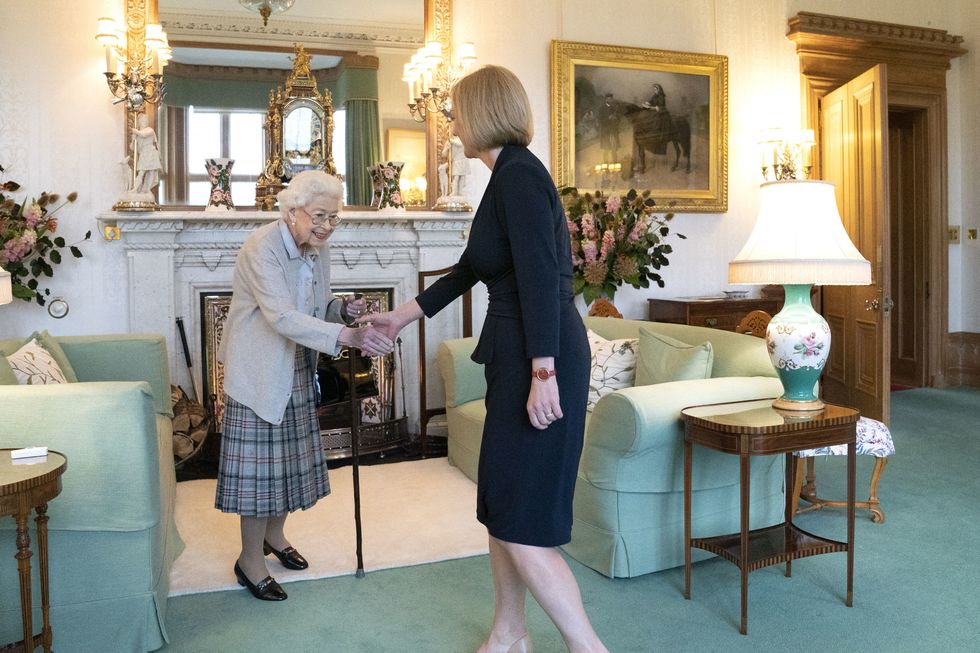 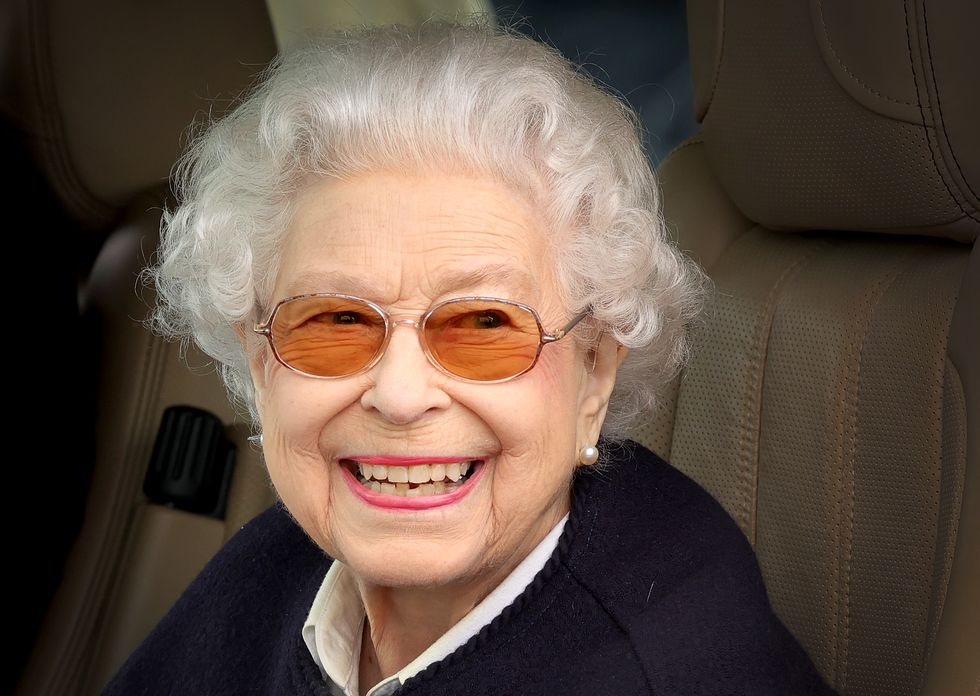 WHITNEY SMITH is the Publisher and Editor and founder of the Journal of Wild Culture.

What great photos not…

What great photos not…

What great photos, not usually seen, if ever. Great piece, and very helpful in understanding this strange phenom of the Queen.
As a visitor from the US, I loved seeing the Canadian flags at half mast in a department store in Toronto.

My Queen
Mayors, Be Our Agents for a Deal
Tear Gas and Rainbows: Citizen Protest & Resistance in Turkey
Isaiah Berlin on 'The Greatest Leader of Democracy in the 20th Century'
Migratory Beings: People, Plants and the Land We Share

In Polls We Trust
Women of the South Against Masculine Assumptions
A Coronation Peep-Show
The Trudeau Restoration
Mayors, Be Our Agents for a Deal