Could 'CapGlobalCarbon' be famous someday?

Category
Ecologies
Research
Economics & Economies
Could 'CapGlobalCarbon' be famous someday?
by David Knight
Published: Dec 05, 2015
Standfirst
"The UN summit in Paris needs to introduce a legal cap on fossil fuel extraction to really challenge vested interests," says the founder of the UN Intergovernmental Panel on Climate Change. David Knight describes an ingenious and relatively simple plan that may just be the answer . . . being presented today at COP21.
Body

PARIS, FRANCE — As a retired researcher and teacher in biomedical and environmental sciences, my concern about the future is focused very much on what is happening to the earth and its atmosphere. My concern for the future of our children and grandchildren has led me to a deep interest in the science and economics of addressing climate change, on which I work as a consultant to organisations in this field.

One of those organisations, the international think-tank FEASTA (Foundation for the Economics of Sustainability), has developed a plan that could keep the majority of the world fossil fuels in the ground and promote climate justice.

Today, at an official side-meeting of the climate summit in Paris, FEASTA will launch the plan. Unlike conventional approaches to regulating emissions, it tackles the root cause — the production of fossil fuels (coal, oil and gas). As FEASTA’s Laurence Matthews explains, this would be far simpler because “there are far fewer fossil fuel companies than places where emissions actually take place, such as chimneys and tail pipes.”

Permits would be auctioned to the fossil fuel companies, and the proceeds shared out equally to the people of the planet.

The name of the plan is CapGlobalCarbon. “We call the plan CapGlobalCarbon," says Caroline Whyte of FEASTA, "[because] it is the only mechanism that could keep most of the remaining fossil fuels in the ground, and would do so in a simple and just way.”

CapGlobalCarbon is also in line with the view of Sir John Houghton, the founder and first chair of the UN Intergovernmental Panel on Climate Change. Sir John recently stated that the UN summit in Paris needs to introduce a legal cap on fossil fuel extraction to really challenge vested interests. The plan shares the ‘upstream’ thinking of the ‘Keep it in the ground’ campaign, while providing a direct mechanism for achieving its goal.

FEASTA, launched in Dublin in 1998, states its mission as aiming "to identify the characteristics (economic, cultural and environmental) of a truly sustainable society, and articulate how the necessary transition can be effected and promote the implementation of the measures required for this purpose." 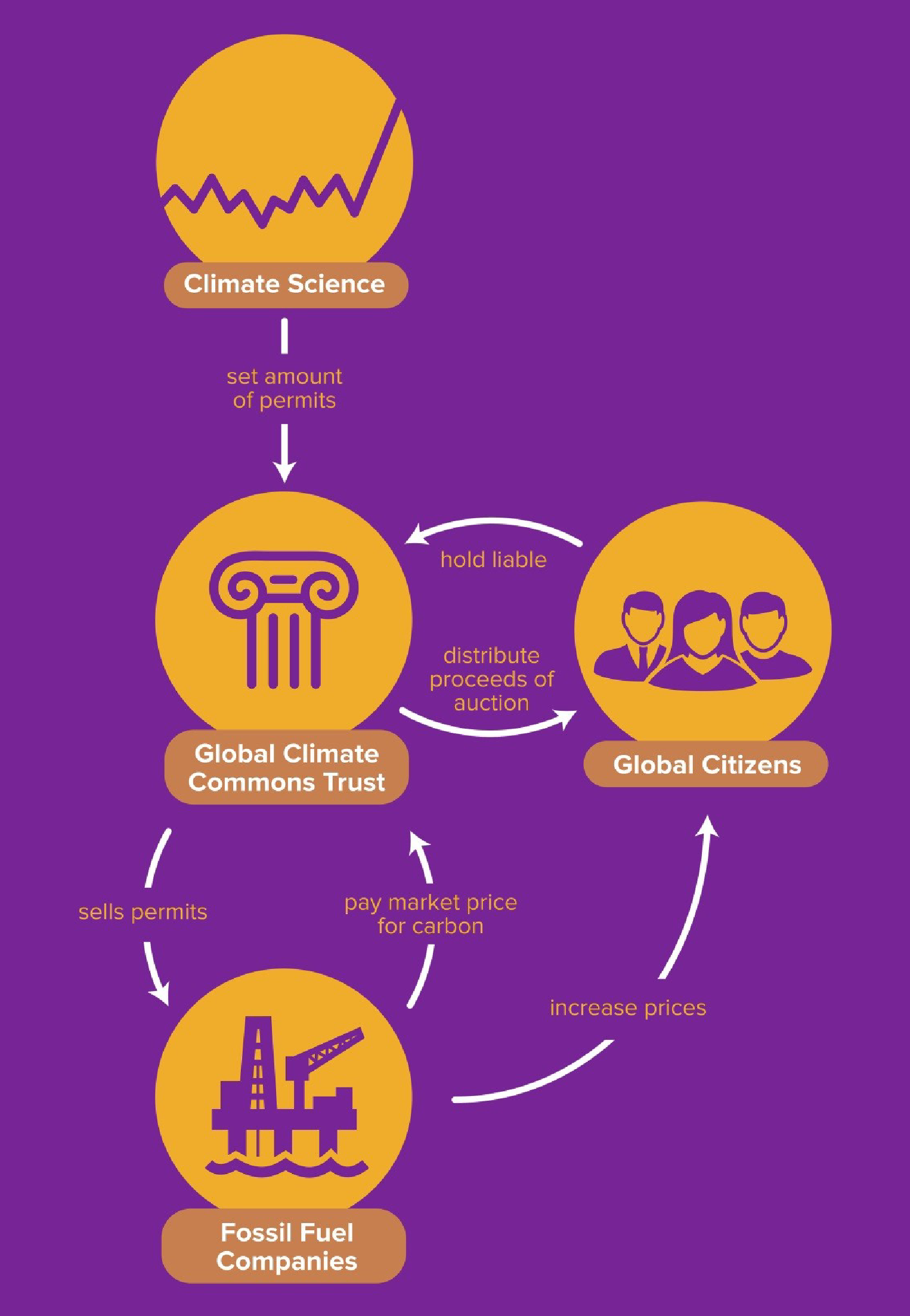 CapGlobalCarbon, or CGC, depends on a global auction every year of permits for fossil fuel extraction. The total number of permits would be reduced progressively at a rate in line with the best scientific evidence. Each year, the permits would be auctioned to the fossil fuel companies, and the proceeds from the auction shared out equally to the people of the planet.

For the majority of the world’s population, this money would more than offset the price increases in fossil fuels and fuel-intensive goods and services. The poor 80% of the world’s people responsible for only 20% of global emissions would benefit most — whatever country they lived in.

CapGlobalCarbon sidesteps the difficulty of deciding separate carbon budgets for individual countries, and much of the international bickering and recrimination that has dogged previous UN conferences. Instead, a single cap applies to the world as a whole.

The plan delivers this cap in a fair and just way. It is based on the Cap & Dividend scheme promoted by Peter Barnes in the USA and on FEASTA’s Cap & Share — hailed as the ‘Breakthrough Idea for the 21st Century’ by the UK Sustainable Development Commission in 2009.

The system would need to be managed by a completely independent body, a Global Climate Commons Trust accountable to the people of the planet as a whole. It could be implemented in parallel with, and independently of, the UNFCCC process, as a backup to plug the gaps the Paris treaty is sure to contain.

In particular, it would plug the dangerous gap between the sum of nations’ proposed cuts and what needs to be done to prevent catastrophic warming. 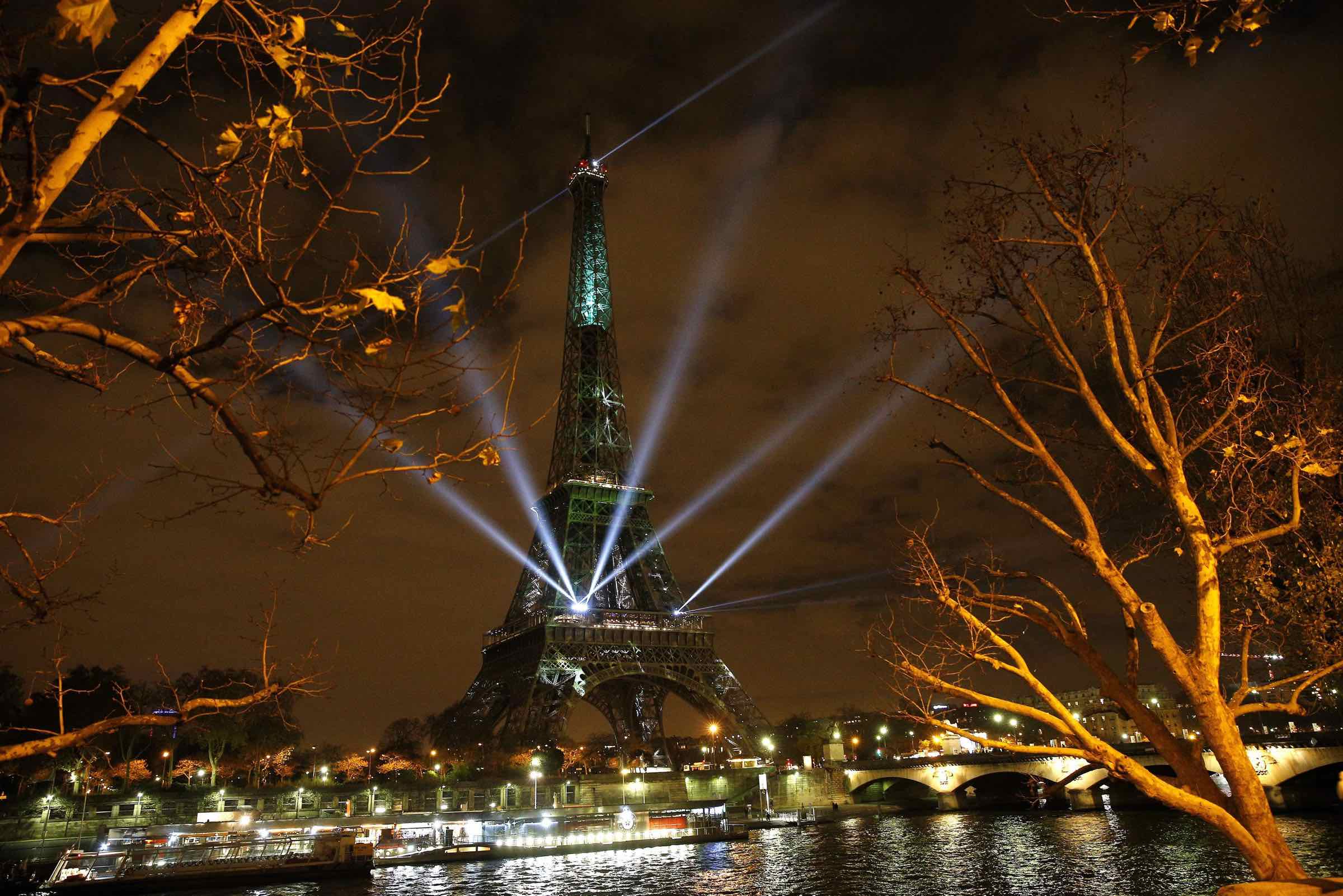 DAVID KNIGHT is a retired research scientist and inventor working on collagen and silk, and has been a visiting professor in Denmark, China and Japan. He has a longstanding parallel interest in climate change science and other environmental problems, working as a consultant to Oxfam, Green Peace, Winchester Action on Climate Change, FEASTA and CapGlobalCarbon.

Could 'CapGlobalCarbon' be famous someday?
Willing Ourselves into an Empathic World
Pension Funds with a Moral Spine. If not now, when?
Big cats in China: The Wild Card of Wildlife Conservation
Small business wants action on climate change