Category
Dissent
Philosophy & Ethics
Wildlife & Wilderness
Edward Abbey's 'No Comment'
by John Davis
Published: Oct 21, 2017
Standfirst
In the landscape around his home in the chaparral of southern California, the author re-reads the legacy of a grandmaster.
Body

Down a hill in the chaparral near Ojai, California. 1

OJAI, CALIFORNIA — Edward Abbey, a briefly fashionable writer in the last quarter of the twentieth century and a grandmaster eco-warrior, knew which way the wind was blowing. But he was also an optimist in a grim sort of way, and in a 1979 letter to a friend he writes, “I believe that the military–industrial state will eventually collapse, possibly even in our lifetime, and that a majority of us (if prepared) will muddle through to a freer, more open, less crowded, green and spacious agrarian society.”

Didn’t happen: Abbey was dead at the age of 62 and in 1989 was laid to rest in a famously un-disclosed location in his beloved desert, marked with a gravestone incised with the epitaph, ‘No Comment’.

Drive up the 33 to the Rose Valley Summit, a gain of some 2500 feet, then a scenic dip down to the Rose Valley turn off and a few miles in from the Highway you will arrive at the Piedra Blanca Trailhead car park. Any half-way serious hiker will then immediately shuffle over the still bone-dry Sespe Creek and take a right on the trail where a ‘T’ junction presents itself on the other side. Our party of seven turned left.

Closer to the creek were black cottonwoods, willows and canyon live-oak, the roasted acorns of which will make a fine coffee substitute for those “muddling through” . . .

This takes you towards the white rocks, which offer pleasantly sculptural, sometimes zoomorphic and anthropomorphic shapes, and afford mildly kinetic experiences to those who clamber over their gritty sandstone surfaces. They are set in chaparral notable, at this slightly higher elevation than the Ojai valley, for the presence of manzanita, green-bark ceanothus, rabbit brush, chia, wild rose, salvia tridentata, California broom, and a few relictual pines. Absent was the frost-sensitive laurel sumac. Closer to the creek were black cottonwoods, willows and canyon live-oak (Quercus chrysolepis), the roasted acorns of which will make a fine coffee substitute for those “muddling through” after the great-unraveling confidently predicted by Abbey.

It being the weekend after Thanksgiving, the reason for this mildly aerobic excursion was the consumption of Turkey sandwiches – which was duly achieved once a reasonably flat and shady ledge had been found on the rocks protected from the cool breeze that blew through the formations from the west. Susan, our generous host, also provided Brazilian chocolate of varying degrees of cocoa intensity which she had brought directly from Bahia after a recent trip.

This was no existential confrontation with wilderness. We were barely out of the car for more than three hours, but there was, nevertheless, a slight frisson engendered by the remote valley location to the north of the Santa Ynez mountains (Ancient Bestiary) and a whispered awareness, best articulated, perhaps, by the susurration of wind over rock and through pines that come nightfall we lightly clothed day-trippers might not be well accommodated. But we were safely out of there by mid-afternoon and driven back to Ojai by our neighbor Margot (whose botanical commentary enlivened the walk). Those hikers who took the right turn, headed for the wilderness and the Sespe hot springs , were likely adequately prepared to spend a couple of days and a chilly night away from small-town Ojai, itself a satellite of the southern Californian coastal conurbation, or what Abbey would call an “over-crowded high-tech ghetto”. 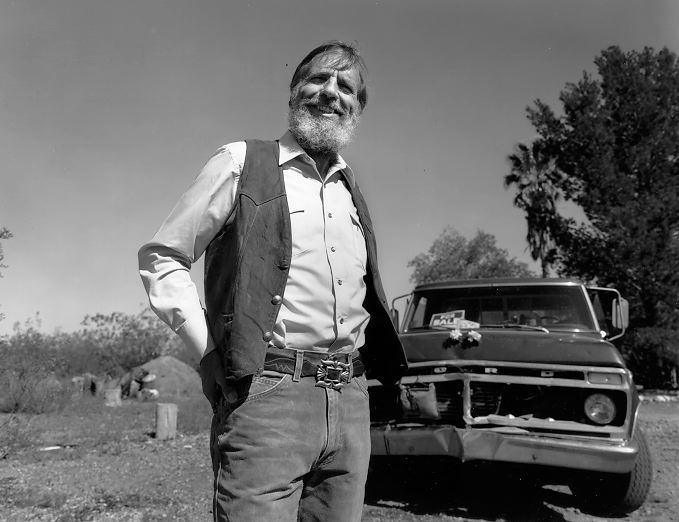 Edward Abbey and his Ford pick-up. "One in a fight to the death with the other." 2

Abbey, simply put, was for wilderness and against civilization, or the culture of cities. He understood the one to be in a fight to the death with the other — and in his twentieth century and now our twenty-first there has never been any doubt about who is winning. He also clearly understood that a reversal of the victory of, in his terms, ‘Government and Greed’ over the ‘home of the wild things’ could only be achieved if, by natural attrition, lower birth-rates or disease, famine, wars or natural disasters, the population of the planet is much reduced.

Of American civilization he writes: “The whole grandiose structure is self-destructive: by enshrining the profit motive as our guiding ideal, we encourage the intensive and accelerating consumption of land, air, water — the natural world — on which the whole structure depends for its continued existence. …” His prescription? “Let us save…the American wilderness. About 50% would be a fair and reasonable compromise....it's time to start shoving cement and iron in the opposite direction before the entire nation, before the whole planet, becomes one steaming, stinking, over-crowded high-tech ghetto.”

The motive force in destroying much of the natural world and replacing it with urban development is capitalism and its credo of economic expansion, what Abbey identifies, more elementally, as greed. In his version of End Times, the wilderness is inherited by the ‘prepared’ — the Chosen who possess backwoods survival skills and an aptitude for homesteading. Blessed are those that turn right after crossing the Sespe.

This energizing bubble is not only refreshing the commercial face of Ojai, but also adding oxygen to the fires of industrial capitalism . . .

As Marx indicated, capitalism is the culmination of a process which was initiated by the sequential development of agriculture, slavery and feudalism; where exploitation evolved from the resources of the individual, proceeded to the family group and then focused on the totality of the planet — as the source of assets to be stripped in pursuit of power and profits. Along the way, as Thomas Piketty suggests, the modern world’s prevailing economic system has become a remarkably successful device for enriching the few and immiserating the many. That the health of this system is measured by its growth leads inevitably to its comparison to cancer: sustainable growth is an oxymoron, and the infinite appetite of industrial capitalism feeding on the finite resources of the planet can only end in tears.

The new-wave of young(ish) entrepreneurs landing on the erstwhile old and dull (Blood Moon) retail, restaurant and lodging beachheads of Ojai practice a kind of Über-capitalism leveraged through their real and virtual networks of millennials and infused with values relevant to that cohort. This energizing bubble is not only refreshing the commercial face of Ojai — notably in areas away from the moribund Arcade — but also adding oxygen to the fires of industrial capitalism already ably stoked by the consumerism of the ravening, media saturated masses. To this extent, it is the same as ever it was (at least for the last few hundred years): a dynamic, generationally specific redefinition of consumption/style that forms the leading edge of the process by which the planet’s resources are turned into products.

Sustainable? Not so much. In California, the global economy almost arrived in 1565 when the Spanish began trading gold and silver from the Americas for goods and spices from Asia. Annual voyages of the Manila galleons would cross the Pacific and then track down the California coast en-route for Acapulco. But it was not until 1769, with the arrival of the Franciscan Friars overland, that the web of intensely regional indigenous economies that rarely traded beyond a few hundred miles, began to be displaced by a European culture that was enmeshed in a Christic Empire, where notions of domination, exploitation and profit-making emanated from an angry male god. 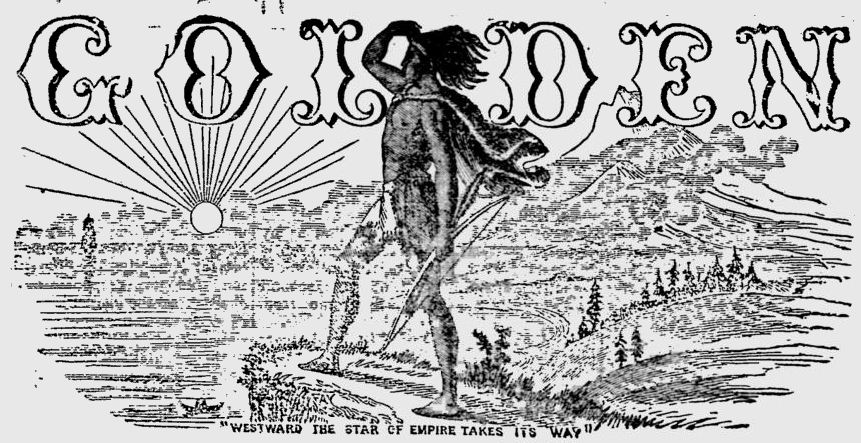 In southern California, cow-hides and tallow, oil, ‘health’ tourism, citrus, agriculture, movies and real estate describes the arc of business development from the mission period through the 1920’s. World War II brought aerospace and defense infrastructure; the 1950’s the development of world-class educational institutions, freeway construction, burgeoning suburban developments and their attendant services, theme parks and more tourism. These sectors were consolidated through the second half of the twentieth century and in the twenty-first, medical research, bio-engineering, automobile design, financial services, high-end retail and real estate development, media, entertainment, software and the hospitality industry have made southern California an essential component of the global, capitalist Empire.

To the north and east of Ojai there is wilderness that stretches hundreds of miles: the town is jewel-like, but it remains, despite its locavore, organic and sustainable efforts, fully dependent on the ‘grandiose structure’ of industrial capitalism. It remains a tiny, verdant Principality in an Empire ruled by the great god Mammon.

He notes: "Sentiment without action is the ruin of the soul".

Abbey always privileged action over words, he notes: “Sentiment without action is the ruin of the soul”. Our goal should not only be the righteous transformation of Ojai, where our successes will be mostly and deviously coopted by the prevailing economic ethos, but the mortal wounding of this vaporous numerical chimera that enfolds us into systems of exploitation and immiseration and that feeds on the destruction of the natural world.

“Beyond the wall of the unreal city”, he writes, “is another world of deserts, mountains, forests and plains”. In Ojai, that other world is the chaparral wilderness, where we, for the sake of our souls, might ponder such an assault. ≈© 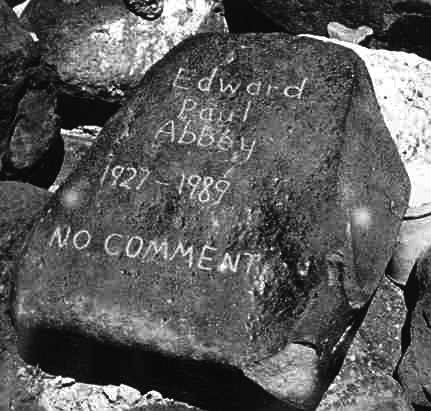 Edward Abbey: A Voice in the Wilderness

Friends of the Canyon Country Zephyr

This article first appeared in The Journal of Wild Culture on December 16, 2014. 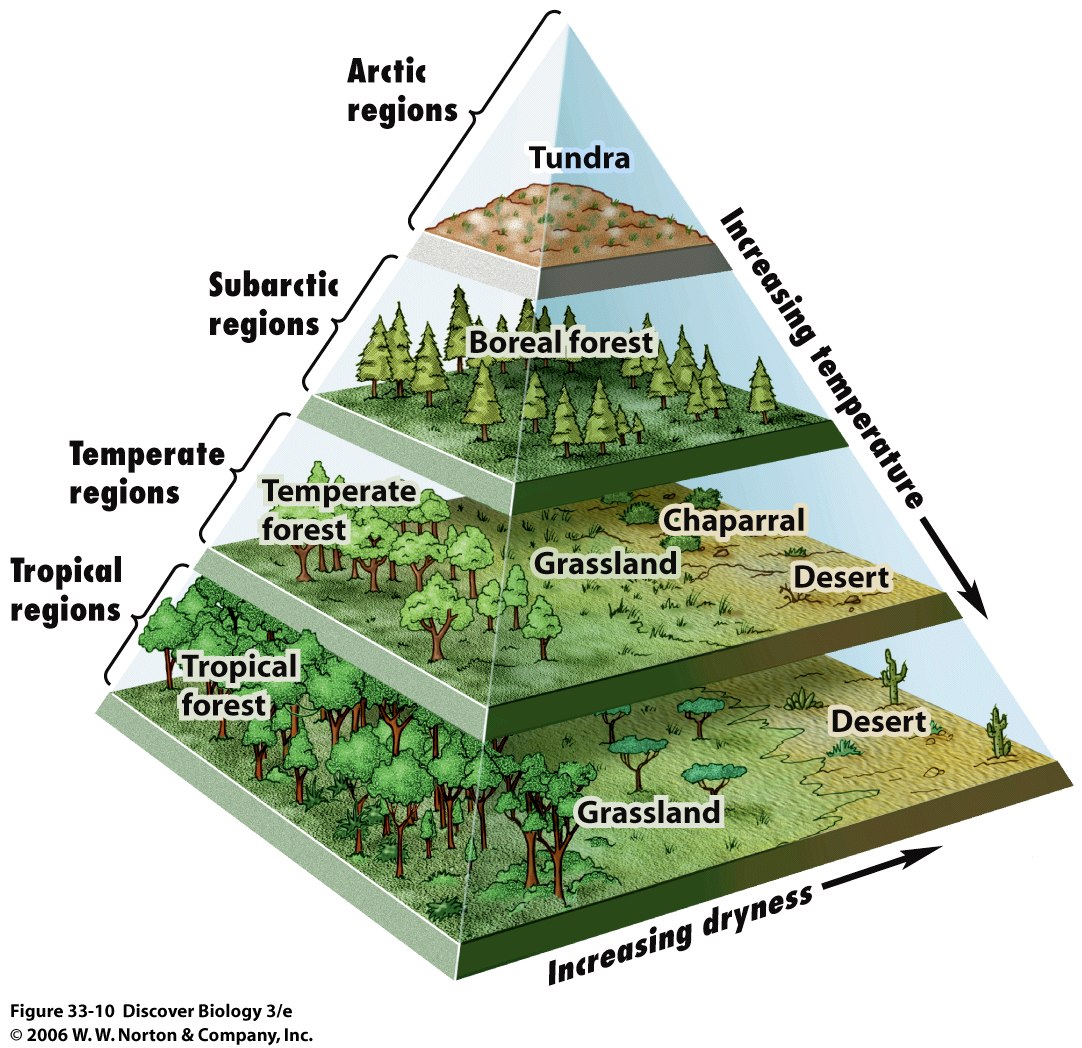 3. Edward Abbey and his Ford.

4. 'Golden: Westward the star of empire takes its way.'

Edward Abbey's 'No Comment'
Seams of Division Coming Unstitched
That was then, this is now: Learning from past environmental success
The Green New Deal and 'Accursed Wealth!'
A Pipeline Runs Through Us

Seams of Division Coming Unstitched
The Green New Deal and 'Accursed Wealth!'
A Pipeline Runs Through Us
Understanding the Complex World of Ivory crime
Durable Goods: Past & future from the centre of now