The Pattern that Connects: Gregory Bateson and the Ecology of Mind

Category
Anthropology & Social Sciences
Philosophy & Ethics
Research
The Pattern that Connects: Gregory Bateson and the Ecology of Mind
by Merlyn Driver
Published: Oct 27, 2019
Standfirst
Gregory Bateson (1904-1980) — anthropologist, social scientist, linguist, visual anthropologist, semiotician, and cyberneticist — actively promoted the blurring of lines between disciplines in order that we see the wholeness and interconnectedness of things. Though his work is not well known today, he remains a powerfully influential thinker whose systemic mindset can be greatly useful to us as we navigate the complex crises of today and what's to come. “We are most of us governed by epistemologies," he said, "that we know to be wrong.” Merlyn Driver introduces Bateson and examines the film, "An Ecology of Mind: A Daughter's Portrait of Gregory Bateson," which beautifully captures the key elements in this remarkable man's methods for thinking about the world.
Body

THE SOIL PREPARES FOR 'AN ECOLOGY OF MIND'

During the eighteenth and nineteenth centuries, a growing sense of optimism was being nurtured among the societies of Western Europe. It was an optimism born of science. More than simply improving on the quality of life, people were beginning to believe that science would lead to a complete mastery of the world. That, of course, never happened. Rather than controlling the planet, we've polluted and misused it. Our ancestors would surely be disappointed. How did we ever allow this to happen? One possible answer can be traced back to the beginnings of Christianity. In Genesis (1:27-28), we are told that "God created man in His own image ... God blessed them; and God said to them, 'Be fruitful and multiply, and fill the earth, and subdue it; and rule over the fish of the sea and over the birds of the sky and over every living thing that moves on the earth.'"

However interpreted, this message seems to have provided European scientists with a reassuring sense of righteousness; not only does such domination lie within our reach; it is – as demanded by God – our destiny. When Darwin and Wallace developed their theories of natural selection in the 1850s, they were seen by many to be undermining the authority of the Christian faith. Ironically, the evolutionary concept of the ‘survival of the fittest’ only served to further demonstrate the 'superiority' of the human race over all other living creatures (particularly if you happened to be white and male). What Darwin and Wallace knew all along – but failed to make explicit – was that evolution was a shared process. As the famous Native American Chief Seattle once put it: “Man did not weave the web of life: he is merely a strand in it. Whatever he does to the web, he does to himself.” He was surely right, and for all our technology we remain as vulnerable as ever. 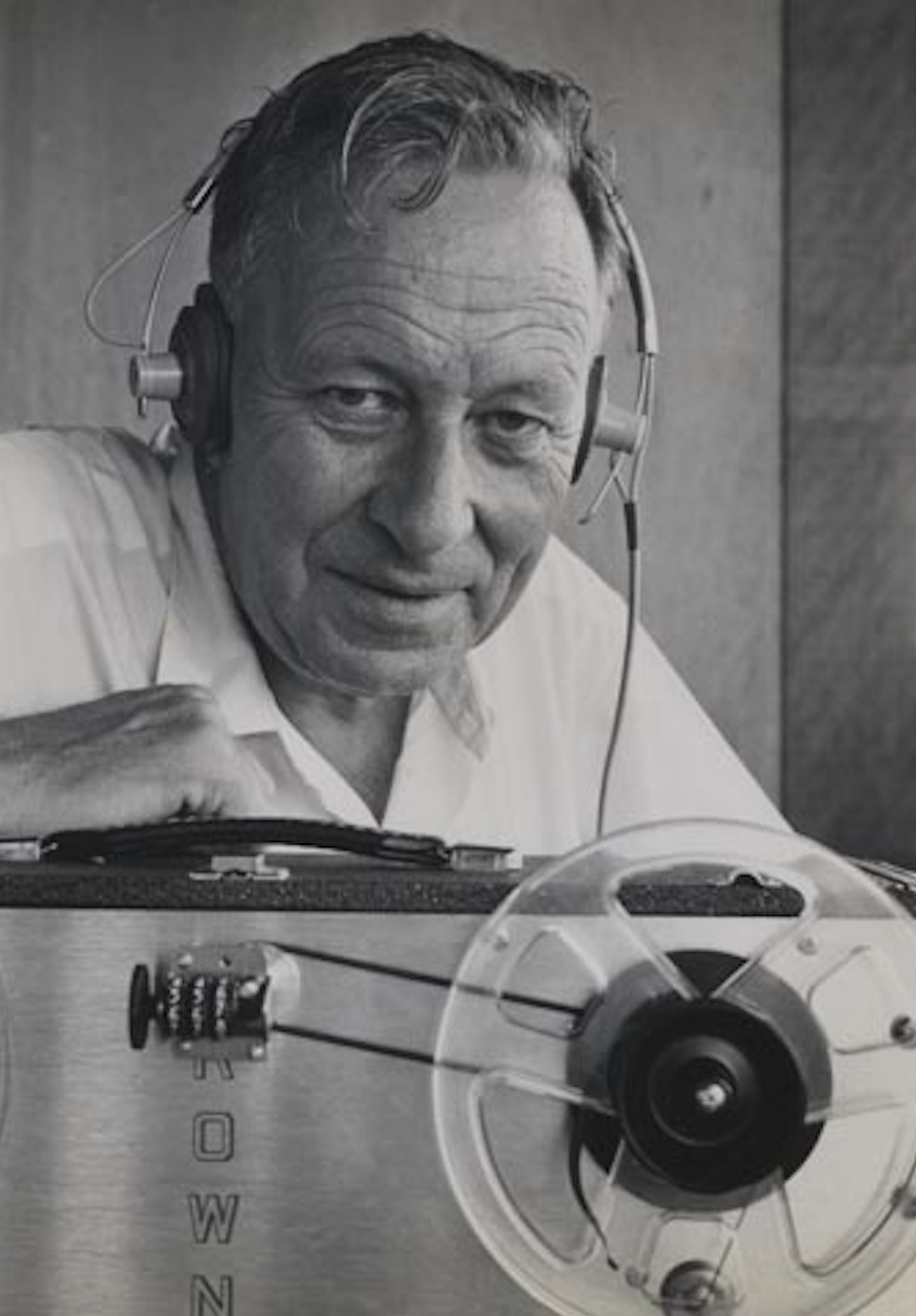 Bateson never shied away from using technology to probe more deeply into his fields of inquiry. [o]

Gregory Bateson was a British anthropologist who did more than most to explore the connections between nature and culture. His father, the brilliant geneticist William Bateson, was the first person to use the term "genetics", and a chief populariser of Gregor Mendel's pioneering work on hybrids and heredity. Gregory, the youngest of his three sons, was named in Mendel's honour. It was assumed, no doubt, that he would soon be following in his father's footsteps.

Bateson's life was deeply affected by the death of his older brothers, John (1898-1918) and Martin (1900-1922). John was killed during World War I, while Martin shot himself beneath the statue of Anteros in Piccadilly Circus, four years later. He had aspired to become a poet rather than a scientist, and the resulting arguments with his father were thought to have contributed (along with disappointment in love and John's death) to his eventual suicide. Although Gregory's parents appreciated and attached the greatest value to art, William considered it "scarcely within the reach of people like ourselves". Following the death of his brothers, Gregory was left to continue the Batesonian legacy all by himself. A weight of expectation had suddenly fallen upon his shoulders. Despite training in biology, he ultimately left 'science' behind in favour of a relatively new discipline – anthropology. It was a brave choice. But whilst anthropology wasn't exactly science, it wasn't, as far as his father was concerned, quite as problematic as poetry.

Following fieldwork among various indigenous groups in New Guinea and Bali, Bateson's later work involved everything from cybernetics and schizophrenia, to communication among dolphins. In 1970, he was asked to give the nineteenth annual Korzybski Memorial Lecture in New York. The lecture he gave was entitled ‘Form, Substance, and Difference’. It was only at this point that he fully realised the unity of his life’s work in advocating a “science of Mind”. In Bateson's opinion, human beings – as well as our systems of thought and communication – are exposed to the same universal laws as every other manifestation of life. From this point of view, understanding how life actually works is crucial if we are to identify a less pathological and destructive path for our species. Our chances of survival would greatly increase, were we to recognise, as Gregory Bateson did, that everything is connected.

The human race needs poetry just as much as it needs science.

According to Bateson, Darwinian theories of evolution contained a significant error. Rather than putting forward the unit of survival as “the breeding individual”, Bateson re-figures evolution as a process of interaction and communication; a process that acts through and upon differences. But what, he asks, exactly is a difference? What is the difference, say, between a tree and a dove perching in its canopy? The difference, he would say, is not in the tree, or in the dove, and neither is it in the distance between the tree and the dove (the dove does not become less ‘tree-like’ having left the tree). The difference is abstract; it's simply an ‘idea’. Differences of this kind provide the raw materials from which we are able to construct, as Korzybski put it, a ‘map’ from a ‘territory’; the world seen through human eyes. More precisely, it is a world built from differences between differences. As humans, we are able to move effortlessly between these separate levels - but we are not the only species to do so.

In the animal kingdom, Bateson noted that “the playful nip denotes the bite, but it does not denote what would be denoted by the bite”. He saw this as evidence of ‘meta-communication’, relating to separate levels of abstraction. The closer something is to that which it is not, the further the gap closes between one message and another, and the closer one comes to understanding communication as “messages about messages”, or “levels within levels”. From this point of view, the notion of 'play' doesn't simply testify to the existence of separate components; it also constitutes a blurring between them. The resulting fog can be a source of humour, great art, and music. In Bateson's view, the human race needs poetry just as much as it needs science. As the novelist E.M. Forster once said, "connect the prose and the passion, and both will be exalted".

Principle diagram of a cybernetic system with a feedback loop. [o]

The study of cybernetics is fundamentally concerned with the interwoven nature of all phenomena, and the underlying importance of these connections. Bateson talks, for example, about the cybernetic circuit involved for a blind man walking with a stick. The stick, in this context, acts as a pathway along which "transforms of difference" are transmitted. If you want to fully explain the man's movements, then you essentially need to consider a circuit consisting of the street, the stick, and the man. Within a system such as this, there will always be a substantial reserve of latent differences, for which we have no use. Those that have been selected (a very small number) become what we call ‘information’, or what Bateson referred to as “a difference which makes a difference”.

According to the Second Law of Thermodynamics (the law of entropy), all pattern and order in the world is eventually eaten up. As I write these words, for example, the cup of coffee at my side is inevitably losing heat. A similar process can be seen to occur in terms of our ideas, customs, and obviously in terms of life itself. People are like cups of coffee with internal heaters that last for a certain period before finally packing up (DNA, of course, tries to jump ship before we reach that point). We have to work hard in order to keep disorder at bay. Through this work, we are able to create and retain beauty; the "pattern which connects". Influenced by the cyberneticist Norbert Weiner, Bateson saw the concept of 'information' as being a central part of this struggle.

Our whole way of thinking and seeing has got to be renovated from the inside out.

Throughout his career, Bateson was trying to understand the world in terms of relations between parts. The relationships between our fingers were, in his opinion, more important than the fingers themselves (the opposable thumb would be nothing without the index finger!). “The thing I hold sacred,” he once said, “is something in the nature of patterns, and that which makes me angry is the violation of patterns”. It was obvious to Bateson that our mistakes had come back to haunt us. Considering human existence as part of a delicate and much larger ecology, he hoped that we could begin to undo the damage that we've inflicted upon the earth. The survival of our species is clearly at stake, and yet we are reacting too slowly. It might help if we realised, as Bateson did, that ‘survival’ isn't only “bounded by the skin”. He believed that the mind of an individual is immanent not only within the body, but also extending to a larger Mind, of which our own is but a single component. He wasn't afraid of referring to this 'larger Mind' as God.

There are several ways by which the human race might cause its own downfall. At first glance, things like nationalism, wars of religion, or the proliferation of weapons seem to have little in common with the destruction and pollution of the natural world. But there is one important connection. The musician and writer Stephen Nachmanovitch - a friend and former student of Bateson - sums it up nicely. "Individual symptoms," he says, "interlock to form a very big runaway system, which is the enactment of our own presuppositions, the underlying habits of thought that are deeply embedded in our everyday life as what we call ‘common sense'. Our whole way of thinking and seeing has got to be renovated from the inside out." What Bateson was calling for was an intellectual, spiritual and emotional revolution; to see the connections and re-discover our part in the web of life.  In the 33 years since his death at the age of 76, the world's population has increased from approximately four to seven billion. Today, Bateson's message seems more relevant than ever before. ≈ç

VIEW the on-demand documentary, "An Ecology of Mind: A Daughter's Portrait of Gregory Bateson." 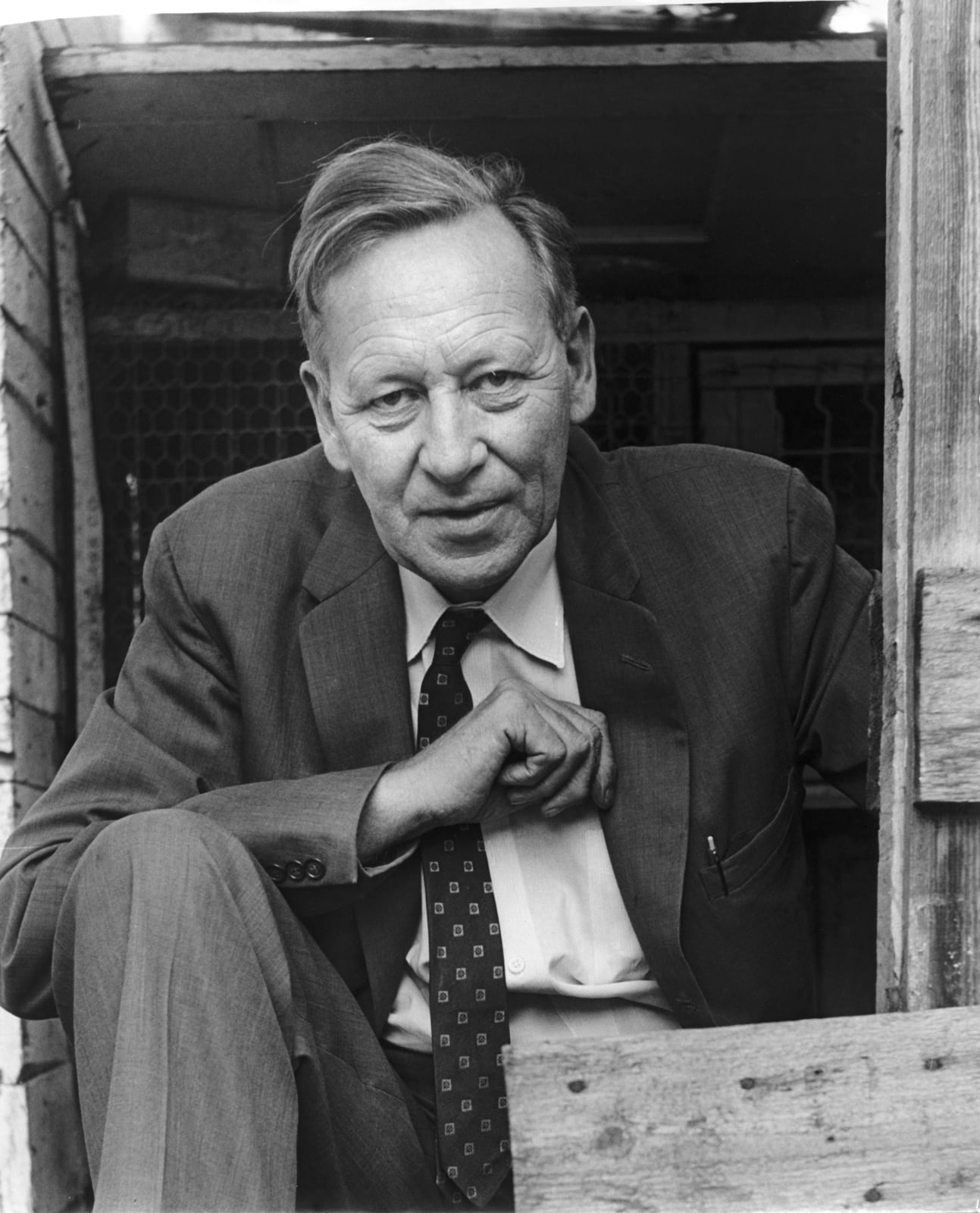 MERLYN DRIVER is a musician, writer, artistic director and educator focusing mainly on traditional and international musics, and on connections between music and nature. Merlyn released his debut EP, This Is the Corner of a Larger Field in 2017. See Merlyn's website.

Splendid . . . each word. And the world passes by.
To extinction, likely.