Category
Philosophy & Ethics
Politics & Power
Tools & Technologies
Trump's Dr Strangelove
by Barry Stevens
Published: Feb 18, 2018
Standfirst
Dr. Strangelove: or How I Learned To Stop Worrying and Love the Bomb, the 1964 satirical movie accurately portraying the likelihood of a thermonuclear war with the Soviet Union. Since the end of the Cold War nearly three decades ago, the direction of US nuclear weapons policy has been to reduce the numbers of warheads and emphasize that that their only purpose is to prevent, not fight, a nuclear war. Largely unnoticed, Trump's work to undo all that brings us close to Strangelove's world.
Body

From the US Department of Defense website: Special Reports. [o]

On February 2nd, 2018, the Trump administration released its Nuclear Posture Review (NPR), a policy paper that calls for a new class of smaller nuclear weapons. That may sound nicer than bigger nuclear weapons, but it isn’t.

The administration says they need these “low-yield, tactical” weapons, a bit smaller than the one that erased Hiroshima, because they are more usable — and thus scarier to the Russians. (The strategists are far more worried about Russia than tiny North Korea.) Trump’s hawks claim that if Putin does something bad — say, if he invades Poland — the US right now will back down. Why? Because its only choice is to fire off its giant “strategic” nukes — and end civilization as we know it. Since Putin knows that the US does not want to end civilization, the authors of the NPR argue that these big nukes don’t scare him. But if the US has smaller nukes, then Putin will fear it will use them. And he will be deterred from being bad.

Most observers, in and out of the military, say this is all nonsense. Even the head of US Strategic Command, Gen. John Hyten (the man whose job it is to launch Armageddon) says there is “no such thing as a tactical nuclear weapon.... all nuclear weapons are strategic.” In other words, fire any nuke and you pretty much end the world.

According to a source quoted in the journal American Conservative, ''One day Sean Hannity got on television and talked about how we need more nuclear weapons and Donald Trump heard this and and went over to the Pentagon and presto…' — new, ‘usable’ nukes.

Deploying tactical, first-use nukes is incredibly dangerous, but it isn’t a new idea. Pres Richard Nixon advocated “flexible response” — that period’s euphemism for incinerating millions without ending the world. According to some sources, the man behind the idea’s revival is Dr. Keith Payne, a nuclear strategist on the far end of the nuclear hawk spectrum. Payne got his start under Herman Kahn (one of the models for the character of Dr Strangelove). In a 1980 article breezily titled Victory Is Possible, Payne wrote that “the US must possess the ability to wage nuclear war rationally”, and argued that it “ might manage to get away with just 20 million deaths.” (Some may be reminded of another character in Dr Strangelove, George C. Scott’s General Buck Turgidson, who said, “I'm not saying we won't get our hair mussed up, but 10-20 million tops, depending on the breaks.”) Later on, Payne was a nuke advocate in George W. Bush’s administration; writer Fred Kaplan dubbed him “Rumsfeld’s Dr. Strangelove.”

The US is already on track to entirely modernize its arsenal — at a cost of $1.2 trillion over the next 30 years — a program approved by Pres Obama. Yes, the guy who advocated a nuclear weapons-free world, and got the Nobel Peace Prize. But Trump’s NPR not only puts a very important radioactive cherry on top of this modernization by adding the new, “small” nukes, but also reverses the previous policy of limiting the purpose of nuclear weapons to deterring nuclear attack. Terrifyingly, Trump’s NPR declares it would use nukes against non-nuclear targets and enemies in “extreme circumstances”. 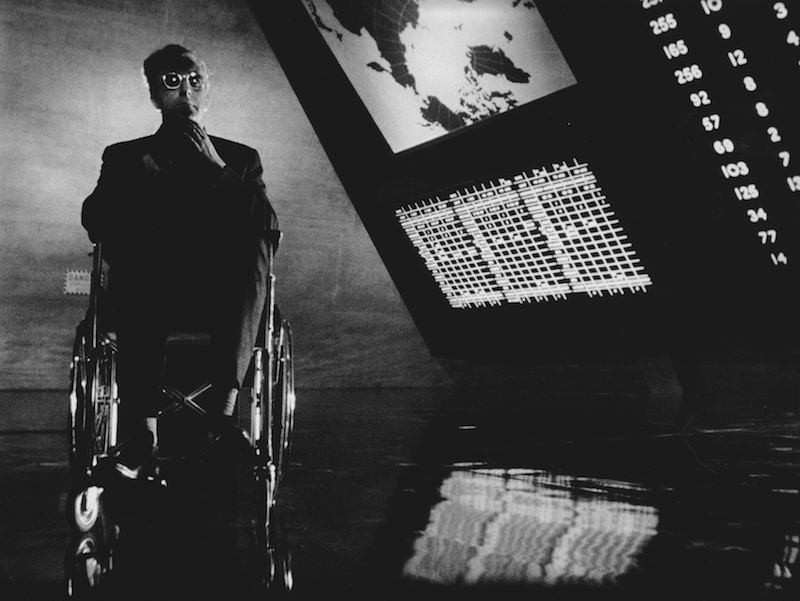 Two of the weapons that Payne now proposes — lower yield warheads on ballistic missiles, plus a new cruise missile — would be placed on stealthy, Trident submarines, each sub already armed with enough warheads to destroy every city in Russia. Kingston Reif, the Director of Disarmament & Threat Reduction Policy at the Arms Control Association notes: “If we were to put low yield warheads on our submarine launched missiles, as the NPR recommends, and actually fire them, how would the Russians actually know they were low yield warheads? The answer is that they wouldn’t — and they’d respond strategically. The truth is, even launching a ballistic missile is a huge escalation.”

Reportedly, Navy officers are horrified by this development — especially submariners. Jon Wolfstahl, at the Carnegie Endowment for International Peace, adds: “They must have gone nuts. These guys on their boomers [nuclear armed subs] are nervous about anything that puts at risk their ability to hide. So now they’re going to be asked to fire off a tactical warhead at an enemy who won’t know that it’s tactical —which gives away their position. The NPR is asking them to commit suicide.” A lot of Army and Air Force leaders don’t like the plan much either; for one thing, this will suck money out of their budgets with weapons they think are dangerous and do not improve deterrence.

Plus, there is no evidence that the Russians aren't deterred already. The US already has “dial-a-yield” smaller nuke bombs, which are on aircraft in Europe, available for use at any time. Most experts argue that using “small” nukes — still bringing hideous deaths to thousands — would just as easily start a much bigger war as end one. History does not necessarily unfold according to rational, sensible plans. An old military saying is that the first casualty of battle is the plan.

Given the pathetic state of the entire Doomsday system (note the false warning a few weeks ago which terrified people in Hawaii, followed by a similar false alert in Japan), the possibility of the world’s ending by accident is quite real. The list of mistakes that nearly caused a nuclear war is staggering: there was the faulty computer chip that said the Soviets had attacked, the war simulation tape mistakenly placed in the actual launch computers, the flock of birds misread as a bomber attack, and so on. And that is just on the US side. Who knows how much already faulty Russian systems have decayed? Putting “usable” nukes into this creaky system simply brings us that much closer to Armageddon.

The bigger, strategic nukes still sit in their silos on hair trigger alert, and on the boomers, waiting to be loaded into planes — all of them threatening to kill us. But at least since the Cold War ended, the main direction has been to slow down the race. Trump’s NPR changes the direction.

As Beatrice Fihn, director of the International Campaign to Abolish Nuclear Weapons, says: “This is a very dangerous sort of slide where we start to soften up the norm with... nuclear weapons. It makes the likelihood of use accidentally or on purpose much more likely.” Fihn’s campaign was successful enough that 122 countries so far have supported the Treaty on the Prohibition of Nuclear Weapons. The goal of getting to zero nukes is supported in principle even by former hawks like Henry Kissinger — another one of the reputed models for Dr. Strangelove.

But Trump knows better. And he has brought us closer to Doomsday. ≈©

'Must We Mean What We Say? Making Sense of the Nuclear Posture Review', by Francis J. Gavin >

'The experts on the new Nuclear Posture Review', by John Mecklin >

Trump is a very dangerous idiot. I didn’t find Michael Wolff's book Fire and Fury funny, though a few passages were. It scared me. This is an excellent article, very clearly written. I pray it’s not prophetic.