Category
Ecologies
Gardenalia
Soil & Terrain
Cherry Ingram's Blossom Fetish
by Angela Lord
Published: Mar 13, 2022
Standfirst
"What a strange thing! To be alive beneath cherry blossoms," wrote Kobayashi Issa. We couldn't agree more. Nor could Collingwood Ingram, who made it his life's work.
Body

"Flowering and full bloom dates depend on the temperature patterns from the autumn of the preceding year."  [o]

Cherry trees blossoming — a welcome sign of the arrival of spring in many parts of the world. Some might say "a glorious seasonal mark in nature's calendar."

The cherry blossom is the national flower of Japan and its appearance is celebrated annually during Hanami, which means “flower viewing.” This short window of opportunity begins at the end of March or in early April and lasts about two weeks. When the flowers are in full bloom, the heart-shaped petals caught on the breeze, float like snowflakes and carpet the ground in pale pink or white.

According to the Japan Meteorological Corporation, the timing is weather-dependent and the flowering and full bloom dates of cherry blossoms depend on the temperature patterns from the autumn of the preceding year. Using this method, it’s possible to make a reasonably accurate prediction of expected blooming times. For example, the Yoshino cherry, the most popular variety of cherry, or sakura, is usually expected to start flowering by the end of March. When the flowers appear, it’s time when people celebrate with picnics in the park.

On one of his trips to Japan to search for new specimens but was dismayed to see a huge loss of local diversity.

The “Great White” flowering cherry known as Tai-Haku is an ancient tree often depicted in historical drawings and traditional Japanese artworks. At one time, it was thought that it had died out and its natural beauty was feared lost — preserved only in paintings. Fortunately, it has been saved for future generations with the help of an Englishman named Collingwood Ingram, who became known as ‘Cherry’ Ingram for his love of the trees and their blossoms.

His story is told in a book entitled Cherry Ingram: The Englishman who saved Japan’s Blossoms, by Naoko Abe. Ingram dedicated much of his life to the cultivation and preservation of the cherry tree. On one of his visits to Japan to search for new specimens, he was dismayed to see a huge loss of local diversity due to the widespread introduction of a cloned cherry variety, the Somei-yoshino, which was becoming predominant in the landscape.

During this visit in 1926, he was shown a painting of a beautiful white cherry, then thought to be extinct in Japan. He recognised it as one he had seen in a state of neglect in an English country garden, the result of an early introduction from Japan. He had taken cuttings at the time to preserve part of the tree. Cuttings were later sent to Japan and after initial setbacks, were eventually grown successfully. 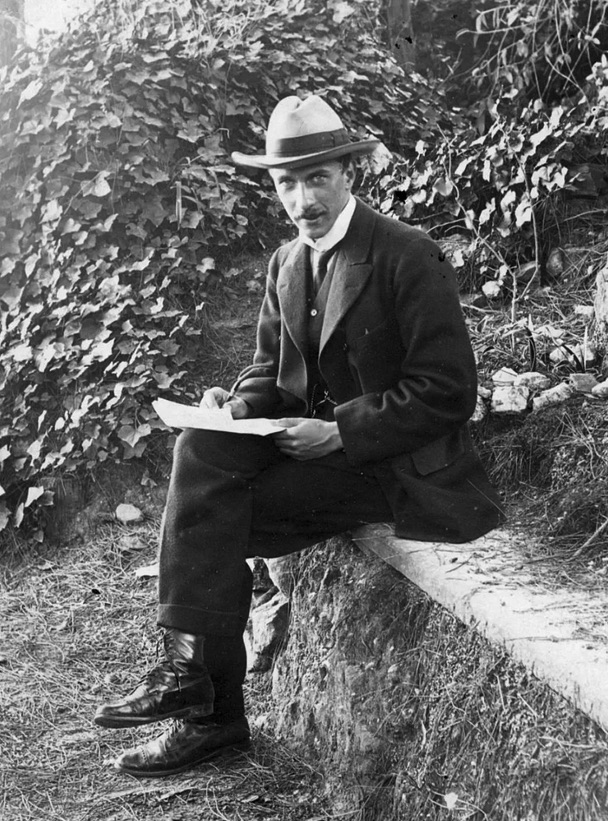 Mr Funatsu brought me out one or two old pictures of cherries amongst which was one by his great grandfather probably painted about 120 years ago. (Mr F. is an old man). This kakemono depicted very accurately, if somewhat crudely, the large-flowered single cherry I found at the Freeman’s which I have named Tai Haku. Apparently its correct name is Akatsuki – meaning “daybreak” or “dawn”. The fine shape of the flowers and its pure whiteness contrasting with the pale golden bronze young foliage are clearly depicted. The diameter of the flowers – about 6cm if my memory does not fail – is also about right in the painting. Mr Funatsu said he had long been searching in vain for this Akatsuki variety! It is a curious thing that it should be found again in a remote Sussex garden.

— From the journal of Collingwood Ingram, 1926

A back garden in the English countryside might seem like a surprising place to find such a rare tree, yet it wasn’t that uncommon. International horticulture was very fashionable during the reign of Queen Victoria when botanists became ‘plant hunters’ searching the world for unusual specimens.

The flowers and foliage associated with the changing seasons in Japan were depicted in a set of silk screen paintings sent to the Queen in 1860 as a diplomatic gift. These included a scene of Mount Fuji in the spring, surrounded by cherry blossom. After being poorly repaired and wrongly catalogued, the silk paintings lay forgotten for years. They have now been restored and are to be displayed for the first time in an exhibition at Buckingham Palace entitled Japan: Courts and Culture. 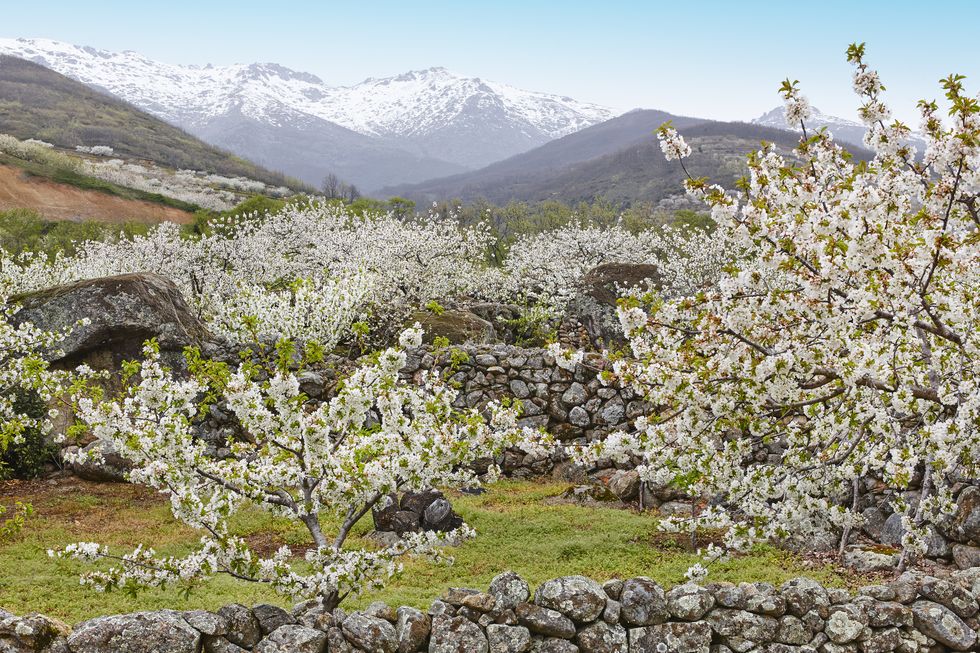 Most Japanese plants and trees adapt well to the British climate and following the Japan-British Exhibition of 1910, an exchange of seeds and saplings took place with the planting of hundreds of Japanese maple and cherry trees at Kew Gardens in London. The Sakura Cherry Tree Project https://japanuksakura.org/ launched in 2019 has continued the tradition, marking 150 years of Japan-UK friendship by planting saplings in multiple locations, providing a legacy for future generations. Paul Madden, the British ambassador to Japan, said of the project: “It is particularly pleasing that one of the varieties chosen is the Taihaku, or “great white”, which had become extinct in Japan, and was re-introduced from the UK.”

Over 7,000 trees have now been planted in parks and gardens throughout the United Kingdom as a symbol of the lasting relationship between the two countries. Three varieties of cherry trees were chosen for their variation in colour, blossoming times, and historical significance: Somei-yoshino, Beni-yutaka and last, but not least, the Taihaku, allowing the Great White to spread its roots on the next stage of its journey as it continues to flourish. ≈ç

Thanks for this. Friends and…

Thanks for this. Friends and…

Thanks for this. Friends and I were just discussing how we must meet under a cherry tree again this spring.

Cherry Ingram's Blossom Fetish
How to Lay a Hedge
Faces of the Wild: Ball Cactus
Letting the Garden Be
In the Shade of a Frond

How to Lay a Hedge
Letting the Garden Be
Faces of the Wild: Ball Cactus
In the Shade of a Frond
Permaculture: An End to Climate Change?