Category
Suffering & Violence
Weather & Climate
Borders & Crossings
Desperate to Disappear: Migration's Raison d'être
by Craig K. Comstock
Published: Feb 03, 2019
Standfirst
"Migration is one of the oldest coping strategies for dealing with environmental change," it has been said, and more than ever — as things heat up — ancient patterns are coming to haunt us. By accidentally meeting a schoolmate of Anne Frank's in Nazi-occupied Amsterdam, Craig Comstock tells a story that considers what causes individuals or vast populations to pick up and leave.
Body

Climate change might send whole populations packing, and that may just save them. [o]

What should a country's policy be toward refugees? Should it depend on whether that country helped cause the problem that people need to flee? In my case, these questions started with Nazi times. I realized that climate disruption is predicted to create large numbers of refugees in our own time. What lessons can we learn from the past?

Anne Frank's father Otto, a German Jew, sought refuge from the Nazis by emigrating to Amsterdam, which had been neutral in the war of 1914-1918, and thus seemed safe. There, on the Prinsengracht, one of the central canals, he established a business in order to provide for his family, which included two adolescent daughters, one of them the keeper of the famous diary.

Otto hid in the secret annex to his place of business with his own family, plus another couple and their son, and a friend who practiced dentistry. He was the only member of this group who, after the hiding place was discovered, survived the Nazi death camps. In 1947 he published his dead daughter's diary, in Dutch. In 1952 it appeared in English, the year that Eisenhower, who had commanded the armies liberating Europe, was elected president of the US.

"She had a big room," he said. He wasn't feeling sorry for himself. He had survived; she hadn't.

This snippet of history became salient for me when, in the 1990s, I met an Amsterdam native, like Anne, a Jew, who had been her schoolmate after the Nazi invasion of the Netherlands and the extraction of Jewish students from regular Dutch institutions. My meeting a survivor led to his request that I write his story. After thousands of questions and two trips together to the Netherlands, the book appeared as Gift of Darkness: Growing Up in Occupied Amsterdam (2015).

When we visited the historic site where Anne Frank was taken into hiding at the age of 13, now a busy tourist attraction, I asked him, standing in the room that Anne shared with the dentist, what thoughts being there brought up in him.

He wasn't feeling sorry for himself. He had survived; she hadn't. But his own hiding places, in the countryside of Friesland, included a shed he shared with a hog. 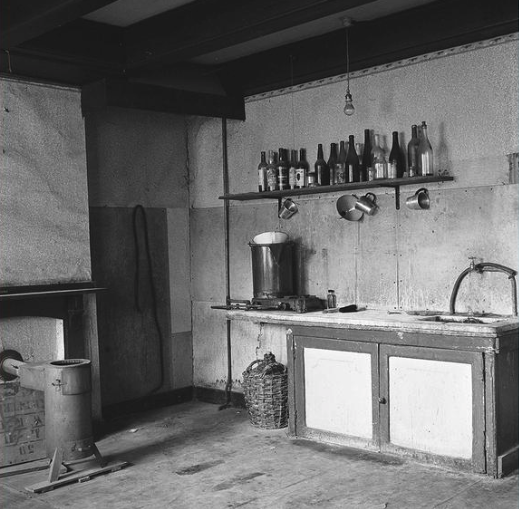 The photographs of Maria Austria, recording the ruins of Amsterdam’s Jewish quarter, helped save the Anne Frank house from demolition. [o]

My friend was named Robbert Van Santen. He grew up across from the zoo, on the other side of Amsterdam from Anne's hiding place. Like her, he suffered a raid by the police, who cooperated with the Nazi occupiers. But with Robbert, his father hid in a tiny space under the eaves of their top-floor apartment and they were not discovered. Then the boy was spirited out of town by the Dutch underground.

Living in Ashland, Oregon, I happened to meet the widow of an Amsterdam man who, as an adolescent, had been active in the underground. When Gift of Darkness was about to be published, I found, in a Rotterdam archive, a photograph that appeared on the book's cover. It shows a flower seller on a winter bridge in Amsterdam being passed by a man who was probably a German plain-clothes policeman, followed by a couple of men in German army uniforms. The photo was taken by a volunteer for the "underground camera," an organization that had been founded by my friend's Dutch husband and that used cameras concealed in bike bags and purses. This violated a Nazi ban on all photography by the Dutch.

Because of her diary, Anne became famous within a decade of her death. But the Netherlands has the sorry record of surrendering a larger percentage of its Jewish citizens (and refugees) than any other country in Western Europe. The absolute number was smaller than in several other larger nations, but the percentage was higher.

Like Anne and her family, Robbert's parents hid in central Amsterdam near a large church. The Frank business and secret annex was just a short walk from the Westerkerk; while Robbert's parents were about the same distance from the Oudekerk (Old Church) where Rembrandt's wife Saskia is buried. Anne's hiding place was betrayed. The top-floor flat where Robbert's parents hid was not, but the odds were not good: the invaders would sometimes listen to water pipes with a physician's stethoscope to find hiding places. 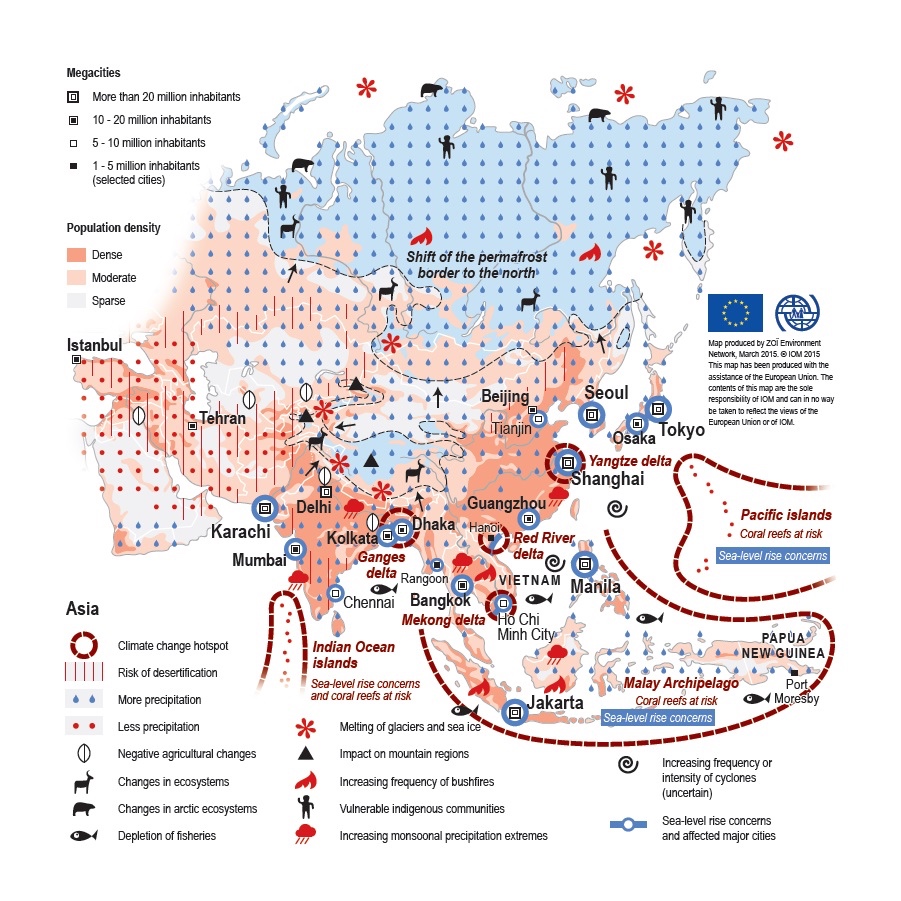 In Asia, people on the move in a changing climate. [o] 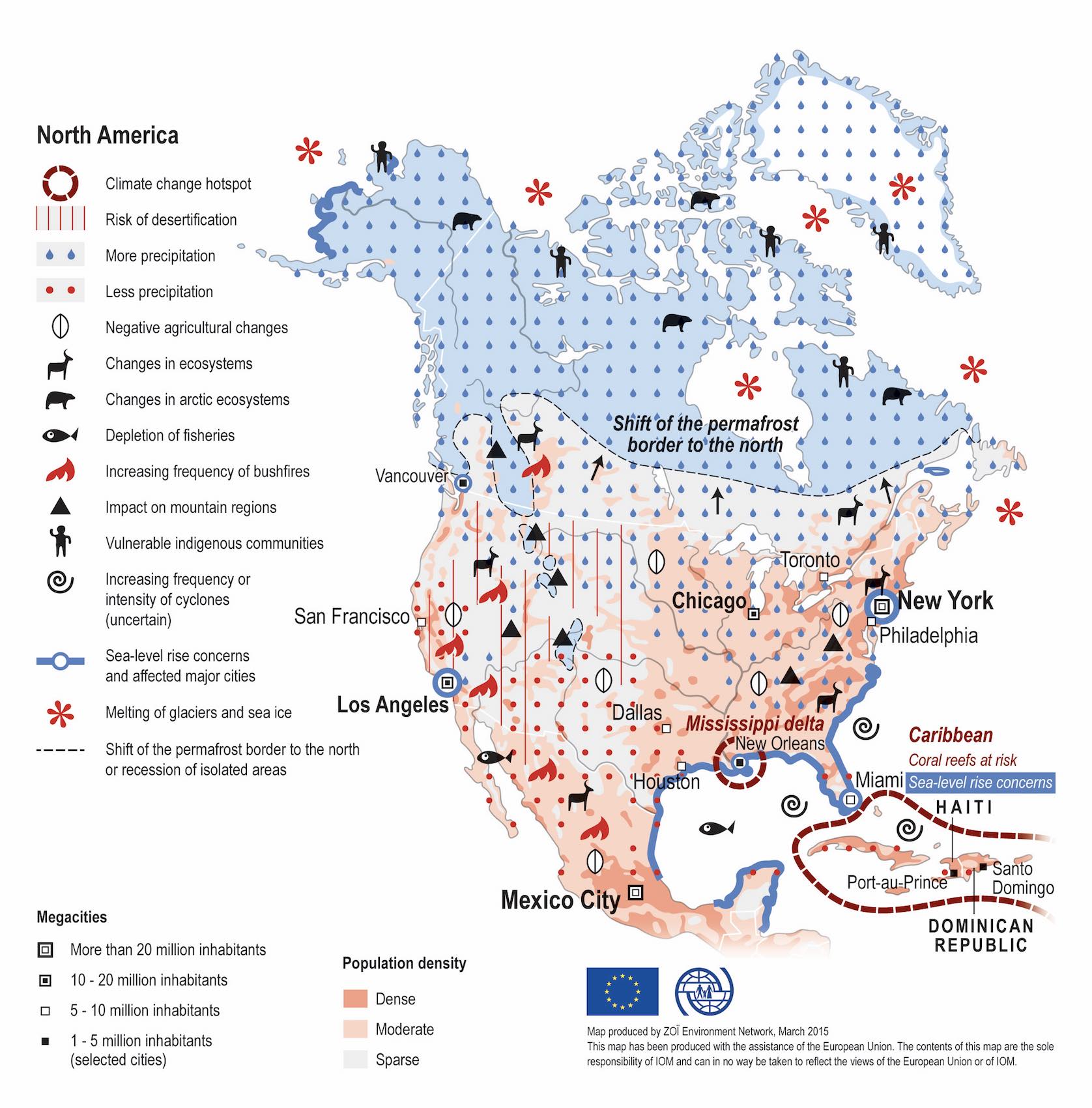 Unlike the Franks, Robbert's parents were not exiles. They thought of themselves, he told me, not primarily as Jews but as Dutch citizens. But after raising a family and having a career in Amsterdam, Robbert himself became an exile. I met him in the San Francisco Bay area, where he was lecturing on the ideas of Rudolph Steiner, the founder, among much else, of the Waldorf schools, of which there are more than 1200 world-wide.

Anne's father wanted to bring the family not to Amsterdam but to the US, but couldn't obtain the necessary visa. As told in Gift of Darkness, Robbert's family also tried to flee from the Netherlands, but was unable.

One of the predictions of the effects of global warming and climate disruptions is mass migrations caused by drought in agricultural areas and flooding in many other areas. This migration would result not from human malice, but from unintended "side effects" of the otherwise beneficial burning of fossil fuels. After China, the biggest emitter of "greenhouse gases" that cause climate disruption is the US.

Will this government again exclude most of the victims? ≈ç

• Organization: The Climate and Migration Coalition

• Article: 'Welcome to the Age of Climate Migration'