Group Intelligence of Birds in Flight

Category
Language & Linguistics
Wildlife & Wilderness
Research
Group Intelligence of Birds in Flight
by Angela Lord
Published: Mar 07, 2021
Standfirst
Why do some birds fly in V formation? For swans, geese, and ducks, because it makes their journey easier. Everything that flies experiences air turbulence that slows it down (drag). In part of our series Nature Naming Angela Lord has dug up some valuable insights about the mental process of wildfowl — a beautiful short 8 mm (sort of) movie of a starling murmuration.
Body

When one bird tires, it falls back and allows another to take the lead. [o]

Noticing what’s happening in nature is a key step in appreciating the different elements which make up an eco-system, and one of the most uplifting sights, in rural and urban settings alike, is the flight of birds and their group interactions.

When birds of a feather flock together, they find strength and safety in numbers. They learn from one another, sharing knowledge about feeding grounds and roosting spots. In flight, they work together to use air currents to their advantage. And when it comes to migration, the contribution of every individual counts towards this combined effort of strength and stamina.

For instance, the V-shaped formation adopted by geese and other wildfowl helps to conserve energy in flight. Each bird flies slightly above the bird in front, resulting in a reduction of wind resistance. When one bird tires, it falls back and allows another to take the lead. This allows the geese to fly for a long time before they need to stop to rest.

The model was based on the premise that birds followed three basic rules to create diverse patterns of movement . . .

Flying in a V-shape also aids communication and co-ordination, making it easier to keep track of every bird in the group. For the same reason, fighter pilots and aerobatic teams usually fly in this formation. By keeping track of their nearest neighbours and adjusting their movements accordingly, birds can respond rapidly and move with a high level of synchronisation.

In 1987, computer scientist Craig Reynolds created a simulation of a flock of birds. The model was based on the premise that birds followed three basic rules to create diverse patterns of movement: nearby birds would move further apart, birds would align their direction and speed, and more distant birds would move closer. This simulation was used for special effects in films, to make groups of animals look more realistic. It showed that complex movement could be achieved by individuals following basic rules, since the resulting groupings looked like those found in nature.

Murmurations . . . from the murmuring sound the birds’ wings make in a large flock. [o]

THE CONFUSION EFFECT OF STARLINGS

A study published in Royal Society Open Science suggests that when starlings create a swirling mass they are baffling their predators by using a phenomenon known as the "confusion effect". To test the theory, participants were asked to take part in a computer game where they attempted to swoop in and catch a single ‘target starling’ in a large flock. In line with the predictions of the confusion effect, participants had more difficulty in capturing a target starling in larger flocks — and in denser flocks.

Predator confusion is one of several functions of these large groups. In the winter months, huge flocks of birds gather to roost together, which provides protection and warmth from their collective body heat.

A large flock of starling is known as a murmuration. The most likely explanation for the name being that the noise from the birds’ wings sounds like a murmur when they fly in a large flock. Murmurations can be made up of hundreds of birds, or even thousands, although sightings of this size are less frequent due to declining numbers.

The decline in bird populations has many and varied causes, including the destruction of their natural habitat and the use of pesticides, severely reducing the number of insects available as an important food source. There was a time when a “host of sparrows” was a common enough sight, but numbers of these tiny brown birds have dropped by as much as 60 per cent in some parts of Europe, and to a lesser extent in North America, making the collective noun obsolete.

THE POETICS OF COLLECTIVE NOUNS

Several types of birds have their own collective nouns, although many of these have fallen into disuse. While such terms may sound archaic, they are certainly distinctive. “A murder of crows” is the name given to these scavenging birds, considered a pest by farmers. Other groups in the corvid family include an “unkindness of ravens,” a “band of jays” and a “tiding of magpies”. These birds are swathed in superstition and magpie sightings are described in a popular rhyme (which has several variations)

One for sorrow, two for joy,
Three for a girl, four for a boy.
Five for silver, six for gold,
Seven for a secret never to be told.

Wildfowl in flight, especially geese and ducks, are known as a skein or a string, while swans are sometimes called a wedge. Larks are known for their sweet song and impressive aerial displays, which may explain why a flock of larks is known as an exaltation. The saying: “one swallow doesn’t make a summer”, alluding to the return of migratory birds at the start of the summer season, can be traced back to Aristotle and Ancient Greece, and the tale of ‘The Young Man and the Swallow,’ one of Aesop’s Fables

A young man who has spent all his money on gambling sees an early swallow which he takes as a sign that good weather is on the way. He sells his cloak to make one final bet, and inevitably loses — his misplaced optimism leaving him not only penniless, but shivering in the cold.

The idea is that a single bird brings no guarantees, whereas a flock, known as a ‘flight of swallows’ is a more reliable sign of summer. The rich treasury of descriptions of birds shows how a close observation of the natural world has long been used to mark the seasons. The winter migration is followed by spring and the start of the mating season, a time of growth and renewal.

In the  shadow of encroaching urbanisation, re-discovering our connection with the natural world offers a welcome antidote to the stresses of modern living. The sight of birds soaring overhead, in an aerial display of their distinctive skill sets, is a testament to nature’s resilience in the face of change. ≈ç 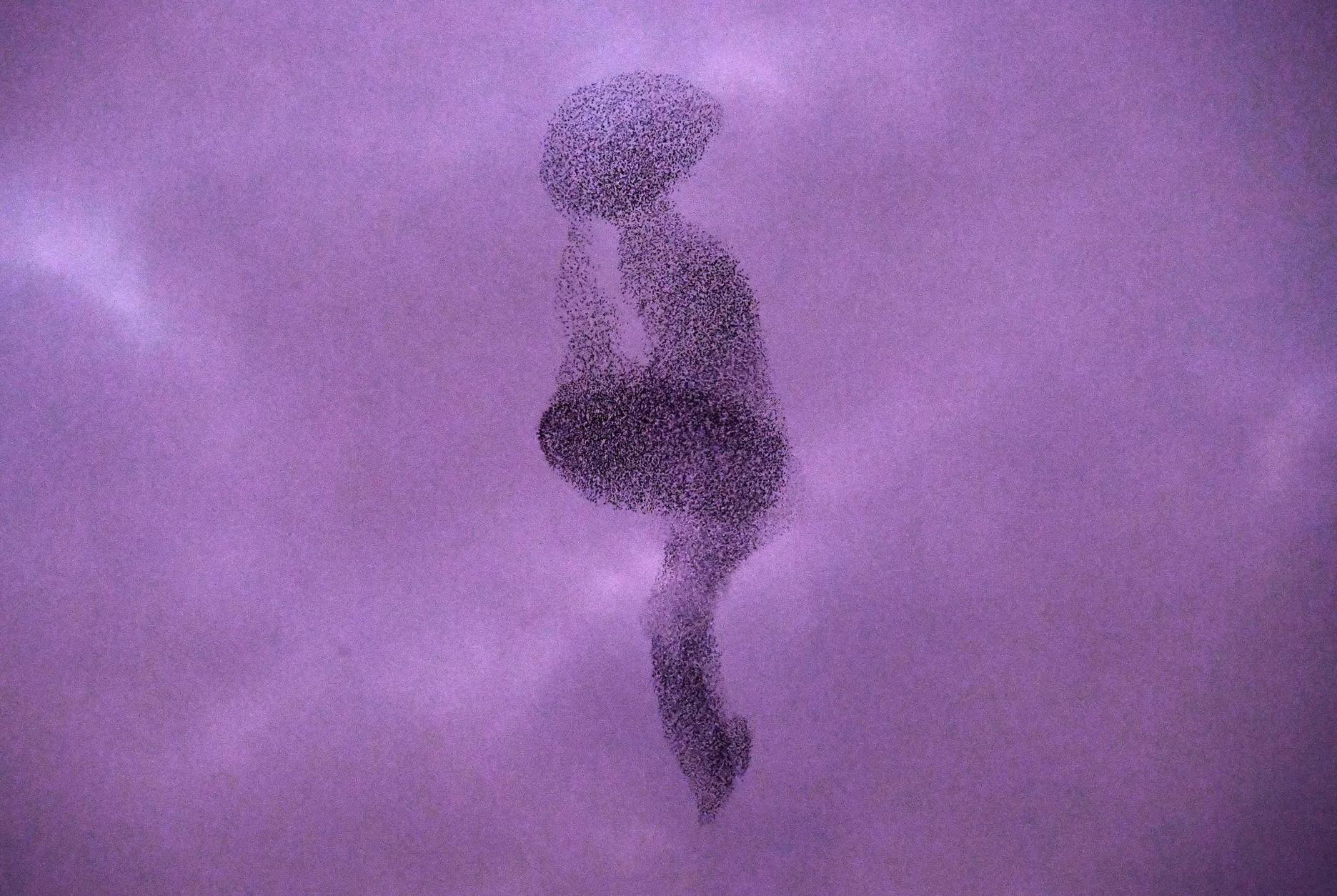 A murmuration of starlings fly in the sky at sunset in Rome. Photograph: Tiziana Fabi/AFP/Getty.