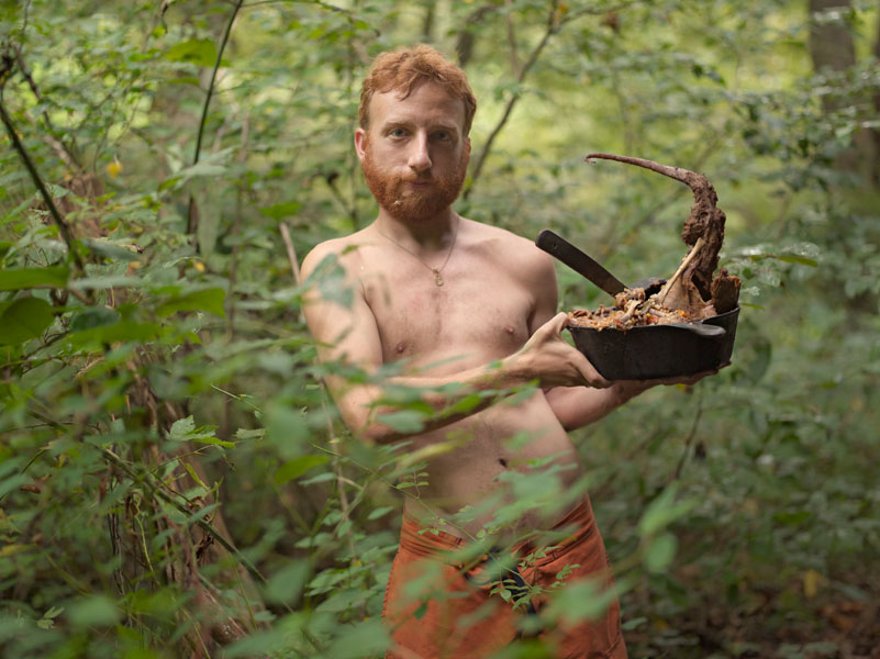 “Lucas Foglia makes photographs about places where wilderness and culture intersect”. The Journal of Wild Culture “focuses on the broad and fertile intersection between culture and the environment”. It’s a match made in heaven.

Foglia’s latest series of works – entitled A Natural Order – has been produced over a four-year period and depicts isolated communities across the south-eastern states of America. These communities are made up of individuals who have consciously chosen to reject the values of mainstream society, and live ‘off the grid’. Foglia’s cinematic images combine glossy idealism with intensity and irony to capture/create the contradictions at the heart of these communities.. Utopia – the good place and the no place.

We asked him a few questions about his life and work.

Could you talk a little bit about your upbringing? Your biography mentions you being raised on a farm by parents “striving for self-sufficiency” whilst all around them moved inexorably towards urbanisation. Could you describe that in some more detail?

Throughout my childhood, we lived on a farm in the suburbs of Long Island, 30 miles from New York City. My grandparents had purchased the farm in the 1960's and just after I was born my parents purchased the neighbours' land and built a house. We heated our house with wood, grew and preserved a large portion of our food, and bartered the plants we grew for a number of supplies and services. My mother, Heather Forest, also wrote and published children's storybooks, and toured internationally as a folklorist and a storyteller.

We were neither off the grid nor self-sufficient. Rather, my family wove elements of self-sufficiency and bartering into a suburban upbringing.

Were you aware of your parents’ lifestyle being in any way ‘different’? 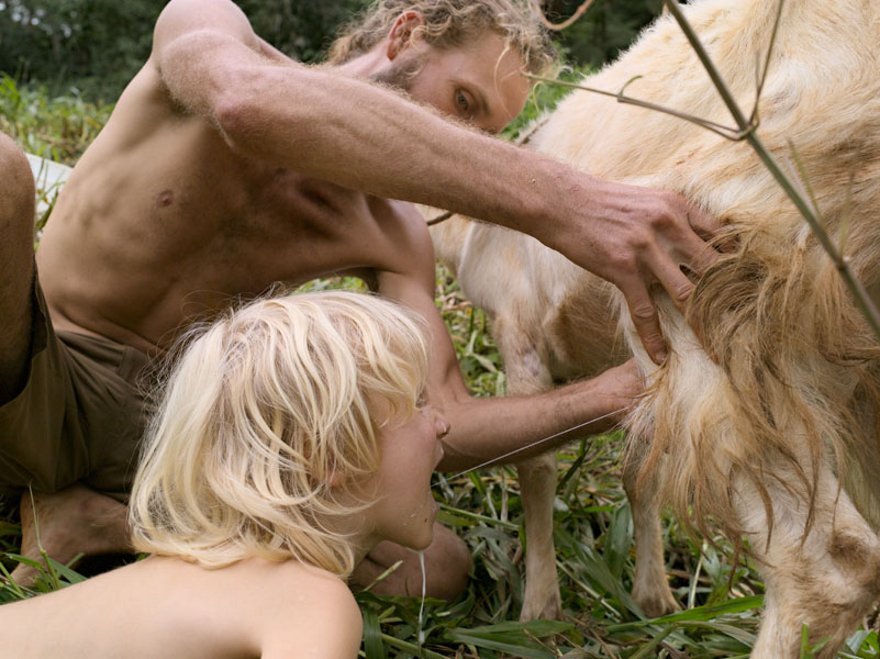 Did that cause problems?

Successful farming is dependent on weather and constant attention. It can be stressful, and I watched my father consistently work until sunset and get up at dawn. At times, especially when I was in middle school, it felt isolating to be different from the other students. We were one of the last farm families in town. Students at school made fun of my sister and I for living on a farm.

Moreover, in the housing boom, the neighbors who owned land around my family’s farm gradually sold and developed their properties. Now, when I visit, I can see new houses looking down at our fields from the top of the hill where the woods used to be. As property taxes continue to rise, my parents face economic pressures to sell our land and move farther from the suburbs of New York City.

How about the up-sides?

As a child, I could explore and play on my own. Our land and the woods behind our house felt safe. My sister and I learned sweat-equity, and were always doing something. I learned that wood heats three times: once when we split it, once when we carried it to the furnace, and once when it was burned. We were taught to respect the land as a living system. I watched plants grow over a season to produce and die in real time. When the last crops were picked, we tilled the stalks back into the soil or composted them to use as fertilizer the next year.

The experience on the farm, in contrast to friends who watched TV and played video games, felt direct and active. We would watch movies and read, but didn't own a working television. I have forgotten a lot of the things that I have read or watched on a screen. But I think it is impossible to forget a lived experience – the kinesthetic memory from doing something.

Over decades I watched my grandparents grow old, and I was with my grandfather just before he died at home last year. My grandfather and I had a relationship that felt honest and supportive; that resulted from growing up next door and seeing him everyday.

My sister and I learned to interact with a wide range of people. People came to visit the farm frequently, whether they were customers, friends, artists, activists or other farmers - it was a place that people gathered. My parents cooked supper at home, and there were a lot of guests at our table.

How has your upbringing impacted on your subsequent life, and work?

Responding to my upbringing, my photographs focus on the relationship between people and land, and on what constitutes wilderness and self-sufficiency.

In terms of lifestyle, I live in a cooperative community in Berkeley, a 20 minute train ride from San Francisco. I travel frequently to photograph but, like my parents, my house is a place that friends visit and spend time in. We grow vegetables, and buy most of our food in bulk and from local farmers. It makes it affordable, and enjoyable, to live in what would otherwise be a fairly expensive city. 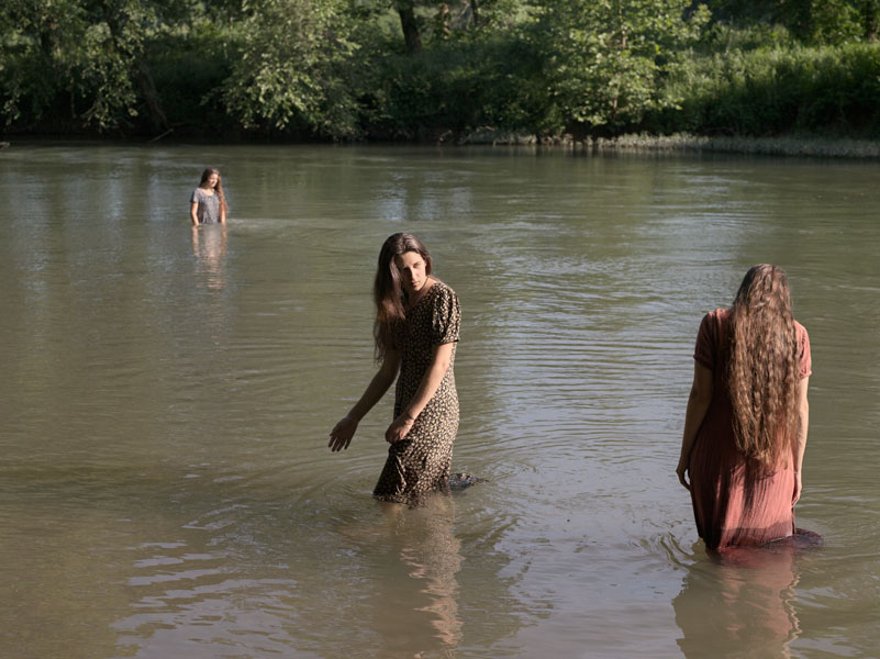 Could you talk a little about the research and investigation process? How did you discover these people? Was it difficult to gain their trust as a photographer?

What attracts you to these kinds of people and communities?

Their connection to land, and their desire for self-sufficiency. While the people I photographed chose their lifestyles for different reasons, everyone shared a reliance on their land for their sustenance: they build their homes from local materials, obtain their water from nearby springs, and hunt, gather, grow or barter for most of their food.

Are they all recently established rather than indigenous/long-standing/historical etc?

The images themselves have a very carefully constructed, cinematic feel – why is this?

Anais Nin wrote, “We don’t see things as they are, we see them as we are.” I think photographs are interpretations. Some of the photographs in the book are candid and others are performed for my camera. I worked from the events that were happening around me, and I didn’t make things up from scratch because I think the world is more complicated than the things I can come up with in my head.

Is this an ironic or knowing representation of an ideal? Is it even an ideal? There seems something almost cultish about elements of the imagery.

I want my photographs to be beautiful without feeling idealised. I think the lifestyles of the people I photographed are hopeful, but severe.

Might this be a way of representing the ways in which these new micro-societies differ from, say, the “back to the land” movement? A kind of self-awareness that moves on from the idealism of the 1960s without drifting too far towards the endless ironies of postmodernism?

Natalie, who I photographed at the Wildroots Homestead in North Carolina said, "A lot of us who live here came with a kind of post-activist outlook—realising that the world is really messed up, that nature is being destroyed, and being incredibly dissatisfied with consumer culture and the whole idea of success in modern society. All of us wanted to live close to the land, and realised that the way things are going to change is not through activism. Of course it’s not perfect, but it’s the closest that I’ve ever seen when it’s functioning... " 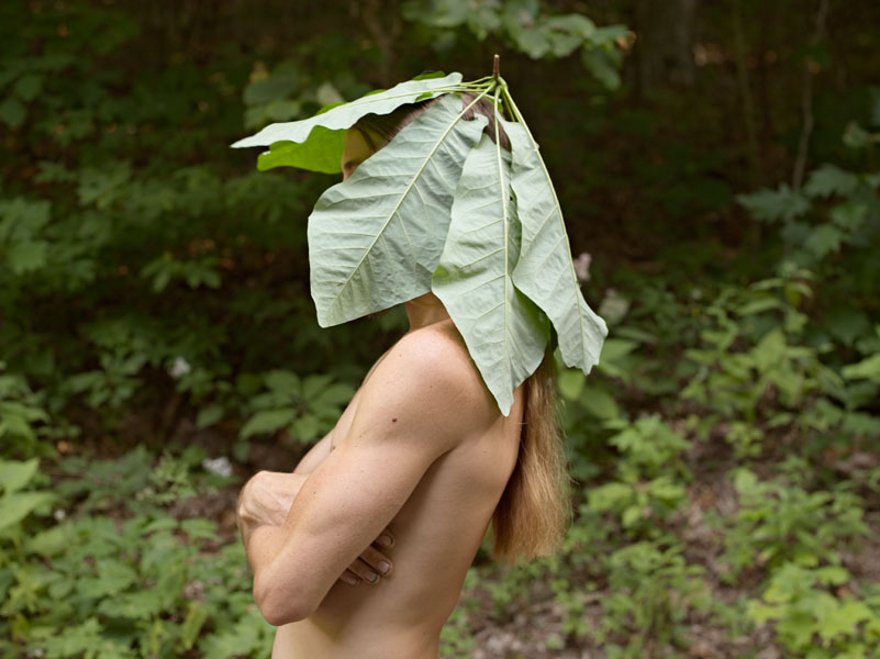 I don't have the desire to live off the grid, but I have learned a lot from the people I photographed. I hope the images provoke conversations.

Is there something interesting to be said about the way in which these isolated individuals/communities can be transposed to the white walls of a prestigious Mayfair gallery through the creative/commercial medium of photography?

I like the fact that photographs can be used, and interpreted, in so many different ways. I exhibit editioned prints in galleries, and publish the images in books and magazines. I also give small prints back to the people I photograph, and the same photographs that will be exhibited at the Michael Hoppen Gallery have been used to advertise classes and gatherings on living off the grid.

To me, there seems something very American about your work – ideas of self-sufficiency, the frontier, a vigorous relationship between man and the wild, a complex conception of ownership. Would you agree?

What’s the difference between a small, self-sufficient community and a cult?

That depends on the community. No one I photographed tried to convert me.

What is it about the intersection between culture and the wild that strikes such a chord right now?

I think the intersection between culture and wild appeals to people's desire for independence, for a utopia. Talia, who I photographed in North Carolina said, "Over the years I’ve come to realize that most people are not going to, nor do they have any desire to, radically change their lives. Most people can’t walk away from the kids’ schools or their jobs or their mortgages, or whatever. They just can’t, and it would be asking too much for them to do it. But they can take some steps in just teaching themselves—learning more about gardening, learning more about food preservation and taking care of their own health. So there are things people can do to become a little more self-sufficient . . . if there’s any hope at all of being able to transition into a less chaotic life."

Lucas Foglia – A Natural Order is at Michael Hoppen Contemporary, London from 9th November to 1st December 2012 and accompanied by a book of the same title. 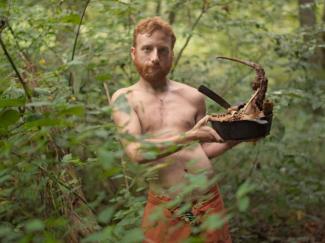 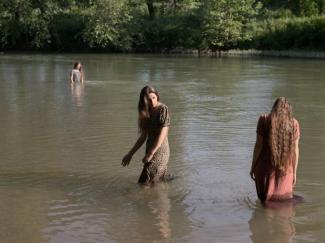