The Original Aim of Mother's Day

Category
Anthropology & Social Sciences
Movements & Communities
Philosophy & Ethics
The Original Aim of Mother's Day
by Susanne Severeid
Published: May 12, 2019
Standfirst
Best known for writing "The Battle Hymn of the Republic", Julia Ward Howe was an American poet and author whose response in 1870 to the Civil War and Franco-Prussian War articulated a female perspective on 'what men have done' and 'what men will do.' 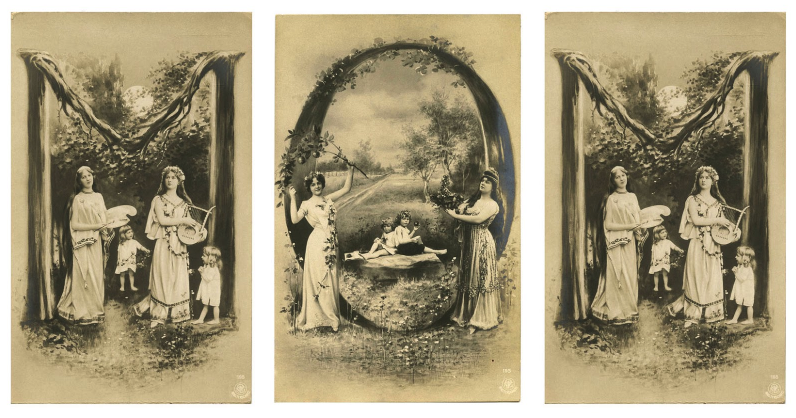 Spring: a time for renewal, new hopes, and growth. The darker days of winter have now given way to soft breezes and gentle rains. The days are longer, bringing, for me, a sense of relief and excitement when the green buds and flowers begin to appear.

May also means Mother’s Day, celebrated on the second Sunday of the month. Most of us manage to get our greetings cards in the mail on time, send flowers, or call. In fact, according to History.com, more phone calls are made on Mother’s Day than any other day of the year — with phone traffic spiking by roughly 37 percent.

A recognition of the devastation and sorrow . . . and that women’s voices are, by their nature, an imperative part of this equation.

There is no doubt that Mother’s Day, as with other major holidays, has been turned into a financial bonanza for the card companies, florists, and such. But it is also a wonderful convention — to let Mom know we care, however we choose to do it.

Mothers have been honored since the Greek and Roman days, but one modern variant of our Mother’s Day can be traced to 1870, when Julia Ward Howe (1819-1910), an abolitionist and suffragette, wrote — as a reaction to the horrors of the Civil War and the Franco-Prussian War — a “Mother’s Day Proclamation.”

Her Proclamation is not a flowery tribute to the joys of motherhood. It is a strongly worded, woman’s plea for peace “in the name of womanhood and humanity.”

It calls for “. . . a general congress of women without limit of nationality be appointed and held at some place deemed most convenient and at the earliest period consistent with its objects, to promote the alliance of the different nationalities, the amicable settlement of international questions, the great and general interests of peace.” 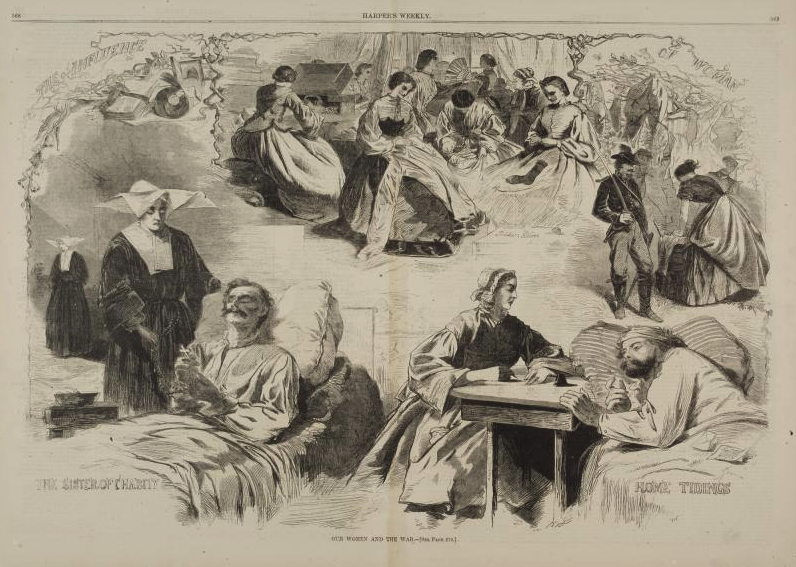 Ms. Howe also asks, “Let them then solemnly take council with each other as to the means whereby the great human family can live in peace, man as the brother of man, each bearing after his own kind the sacred impress, not of Caesar, but of God.”

I had never read her words in their entirety, and it is interesting to reflect on the intent of her Mother’s Day Proclamation: a recognition of the devastation and sorrow war brings, the very real need incumbent upon us to try to live in peace, and that women’s voices are, by their nature, an imperative part of this equation.

Yet, here we are, some 150 years further down the timeline of history when our politicians are sounding off daily with bombastic warmongering and saber-rattling. Has anything very much changed since Ms. Howe took pen in hand and wrote with such passion?

Yes, let’s please do let Mom know that we love her and are thinking of her on this Mother’s Day (and other days of the year, too). And while we’re at it, perhaps we can also keep in mind the sentiments of Ms. Howe — and continue the struggle for women’s voices for peace to be heard loud and clear in the hope that women will one day have equal seating at the tables of the powerful, where the decisions to declare war are made. ≈ç 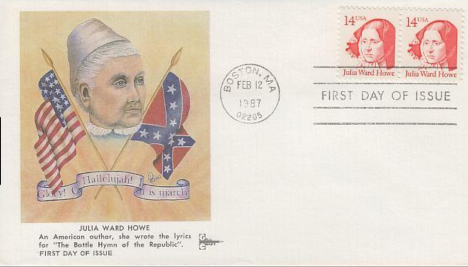 Julia Ward Howe postcard and stamp, part of the Great Americans series of 'definitive stamps' issued by the US Postal Service. [o]

Again, in the sight of the Christian world, have the skill and power of two great nations [France and Prussia] exhausted themselves in mutual murder. Again have the sacred questions of international justice been committed to the fatal mediation of military weapons. In this day of progress, in this century of light, the ambition of rulers has been allowed to barter the dear interests of domestic life for the bloody exchanges of the battle field. Thus men have done. Thus men will do. But women need no longer be made a party to proceedings which fill the globe with grief and horror. Despite the assumptions of physical force, the mother has a sacred and commanding word to say to the sons who owe their life to her suffering. That word should now be heard, and answered to as never before.

Arise, then, Christian women of this day ! Arise, all women who have hearts, Whether your baptism be that of water or of tears ! Say firmly : We will not have great questions decided by irrelevant agencies. Our husbands shall not come to us, reeking with carnage, for caresses and applause. Our sons shall not be taken from us to unlearn all that we have been able to teach them of charity, mercy and patience. We, women of one country, will be too tender of those of another country, to allow our sons to be trained to injure theirs. From the bosom of the devastated earth a voice goes up with our own. It says: Disarm, disarm! The sword of murder is not the balance of justice. Blood does not wipe out dishonor, nor violence vindicate possession. As men have often forsaken the plough and the anvil at the summons of war, let women now leave all that may be left of home for a great and earnest day of council.

Let them meet first, as women, to bewail and commemorate the dead. Let them then solemnly take council with each other as to the means whereby the great human family can live in peace, man as the brother of man, each bearing after his own kind the sacred impress, not of Caesar, but of God.

In the name of womanhood and of humanity, I earnestly ask that a general congress of women, without limit of nationality, may be appointed and held at some place deemed most convenient, and at the earliest period consistent with its objects, to promote the alliance of the different nationalities, the amicable settlement of international questions, the great and general interests of peace.

SUSANNE SEVEREID is an author and actor/presenter with an extensive background in journalism, television and radio, including hosting an EMMY award-winning PBS-TV documentary about Auschwitz and as co-producer/host of "Courageous Grief Talk." Her other books include When Someone You Love Is Dying: Some Thoughts to Help You Through and the award-winning murder mystery, The Death of Milly Mahoney. This essay is an excerpt from Severeid's latest book, Mocha Musings: Reflections on Life, Love, and Chance Encounters. Susanne lives in Ashland, Oregon.  www.susannesevereid.com

Thank you; we need to be reminded. My husband was a veteran of the US Navy. Shortly after the bombing of Iraq started (March 2003), he, as an ordained minister, gave a sermon on Mother's Day centered on Howe's Mother's Day Proclamation. Just 5 minutes after he began, a family got up from the front and marched their children out of the church, in protest. Here we are 16 years later, still at war .... for?

The Original Aim of Mother's Day
Recognizing 'White Fragility' in Asia
Anarchist Anthropology: Power with Hierarchy
The Pattern that Connects: Gregory Bateson and the Ecology of Mind
Isaiah Berlin on 'The Russian Preoccupation with Historicism'

Recognizing 'White Fragility' in Asia
The Pattern that Connects: Gregory Bateson and the Ecology of Mind
Anarchist Anthropology: Power with Hierarchy
Isaiah Berlin on 'The Russian Preoccupation with Historicism'
Collapse and the Amnesia of the Golden Future