Category
Politics & Power
Weather & Climate
Economics & Economies
Rethinking Politics in the New Climatic Regime
by John Davis
Published: Feb 16, 2019
Standfirst
Thomas Piketty's book 'Capital' brought forth a powerful analysis of a system of inequality baked into our current economics — where elites prosper at the expense of most everyone else. Now Bruno Latour, in his new book, draws a similar picture of what we face ecologically. Cultural critic John Davis looks at Latour's arguments, including the notion that social questions must be replaced by ecological ones, and how, the way things are going these days, we need to train a microscope on our central political premise.
Body 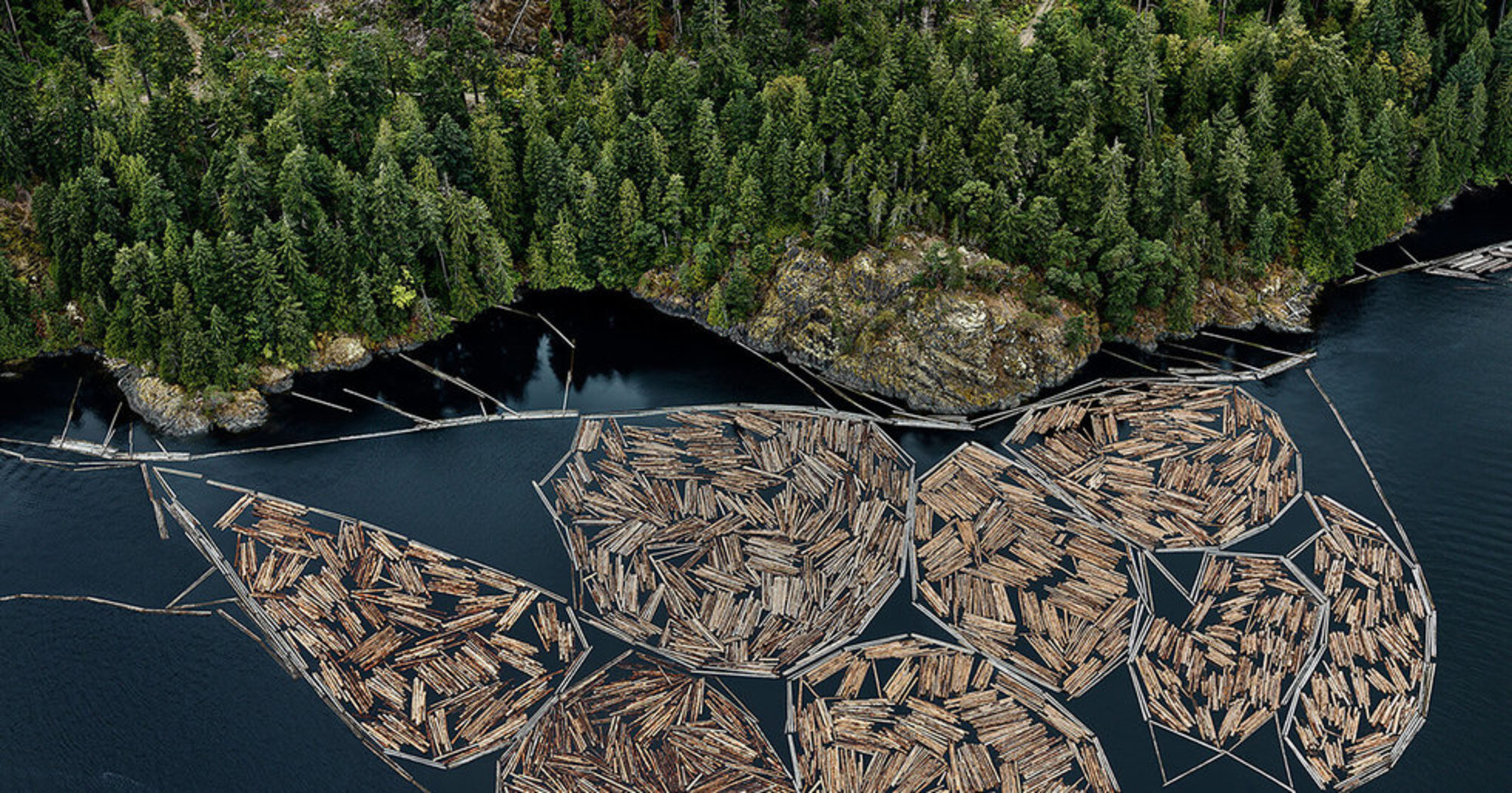 We, in the United States, are accustomed to discriminatory segregation, accustomed to those excluded, and to those left behind. Bryan Stevenson notes, in a New York Times interview, “Slavery didn’t end in 1865; it just evolved.” It evolved through the sabotaging of Reconstruction, through lynching, through institutionalized segregation, and through mass incarceration (as is made explicit in the Equal Justice Initiative’s permanent museum exhibit, From Enslavement to Mass Incarceration, in Montgomery, Alabama).

It has also evolved through a deliberate program of mass immiseration conducted by the government’s withholding of adequate education, social services and living-wage work — with the notable exception of impressment into military service on behalf of the nation’s imperial juggernaut. And it has evolved, in this broadened notion of slavery, which might reasonably include all servitude to the economic benefit of rich and powerful, mostly white-male elites, to encompass peoples of color and the white underclass, the white working class and middle class.

A similar process of division, of segregation, between the exploiters and the exploited, has, since the advent of colonization, separated the Global North from the Global South.

Speaking in Rio in 1992, George H. W. Bush had set the stage by declaring that “our way of life is not negotiable”.

In Down to Earth: Politics in the New Climatic Regime (2018), Bruno Latour, the French philosopher and sociologist, writes, “To the migrants from outside who have to cross borders and leave their countries at the price of immense tragedies, we must, from now on, add the migrants from inside who, while remaining in place, are experiencing the drama of seeing themselves left behind by their own countries”.

What kind of vast conspiracy is responsible for these circumstances? And, what has the weather got to do with it?

Latour demonstrates that globalization, the populist reaction to it, an ever-widening chasm of wealth disparity, and climate change are inextricably linked. He suggests that the conjoined global elites from the worlds of politics, commerce, and celebrity (whose quintessence, at least at the World Economic Forum at Davos, metamorphizes into a kind of turtle head emerging from its shell of planetary capitalism every year) are, by now, fully aware of the limits to the earth’s resources, and have concluded that there is no longer room for both them and everybody else to fully satiate their material desires.

Given this awareness that we cannot all gravitate to — “…a common horizon, towards a world in which all humans could prosper equally” — these global elites, Latour suggests, have been actively trying to separate themselves from the world and have been conducting triage: sorting the population into the ‘haves’ and the ‘have-nots’, most dramatically, since the onset of deregulation in the 1980’s.

"The airport St.Gallen-Altenrhein is the preferred airport for those attending the Davos Conference." [o]

In this country, this process is a well-established tradition reaching back to the founding of the Republic. Globally, it has been ongoing since the sixteenth century, in the operations of colonization. But it is what has become known as the ‘Great Acceleration’, the rapacious, post WWII impact of fossil-capitalism on the planet’s physical, chemical, biological and human resources that has now made urgent the deliberate constraints on the aspirations of vast swathes of the population. Those left behind no longer reach toward the allure of the future (branded as Modernity), but instead, seek solace in the imagined beneficence of the past, in pastoral imaginings, in nationalist isolation, or, in this country, the prosperity of a dreamtime "when America was Great" in the overtly segregated 1950’s.

Latour writes that, “The climate question is at the core of all geopolitical issues and is directly tied to questions of justice and inequality.” Trump’s unilateral withdrawal from the Paris Climate Accord on June 1, 2017, was an egregious example of the exceptionalism of the US — the idea that, uniquely, it is not threatened by climate change. Speaking in Rio in 1992, George H. W. Bush had set the stage by declaring that “our way of life is not negotiable”. Trump’s action was undertaken in the full knowledge that this nation's lifestyle of excessive consumption was only ever the perquisite of a favored few, and otherwise serves as a carrot to goad the futile economic endeavors of the dispossessed.

By denying global warming, Trump has consigned this country to a continued unreality, while adding incrementally to the impending inundation of the earth. His concern to protect the country’s southern borders from climate change refugees instantiates a fortress mentality, cutting across notions of globalization, to produce, amongst his supporters, an assumption of national impregnability. It is this assumption that gives credence to his denial of a globalized phenomenon that knows no borders. 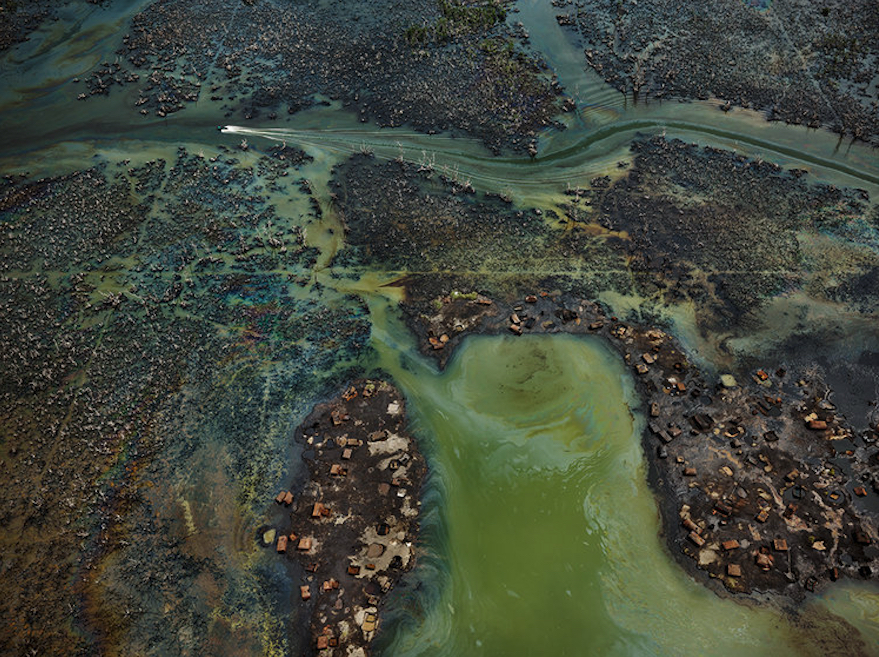 Cultural and economic globalization represents a profoundly entropic force in the world. The local (the heterogenous) has been subsumed into an extraordinary elitist vision of a gilded palace — a globalized world where all can no longer possibly fit, and which exists solely for the comfort and profit of the few. Its construction has relied on the gross exploitation of the planet’s fossil biomass, the deleterious effects of which now threaten us all. This fatal systemic flaw is denied even by those in the U.S. promoting the so-called Green New Deal which proposes the continued embrace of an expansionary economy and the growth of urban development. Business-as-usual with a green twist is a toxic cocktail. It does nothing to blunt the point of the capitalist spear driven into the heart of an erstwhile, reasonably stable ‘natural’ world, which supported a negentropic complexity of human and non-human species and their varied cultural and biological stratagems.

We are now witnessing the end-game of the Modernity project. Founded on rationality, emancipation and progress and devoted, ostensibly, to the welfare of all, it has been subverted by, “a dizzying extension of inequalities”. This process of triage has created the so-called ‘left-behinds’ necessary as sacrificial populations that, ironically, support the elite practitioners of this economic and cultural discrimination.

Latour accepts that his hypothesis, that “The obscurantist elites…have decided to abandon the ideology of a planet shared by all,” sounds suspiciously like a conspiracy theory. Yet the elite’s concerted actions, like the privatization of formerly government functions, the dismantling of social safety nets, and the highly successful efforts to widen the wealth gap, are all too evident. To this can be added the elite’s disposition to deny climate change, as practiced by Trump or, more often, to churlishly accept the science but refuse to act to moderate its proximate cause, confident that they, at least, can escape its worst consequences. The pursuit of wealth, freedom, knowledge and leisure for all, which has been at the heart of the Modernist project, has been abandoned. Latour argues (with the aid of several cryptic diagrams) that, in response, we need to shift our headlong, centuries-long tilt along the temporal axis that has as its horizon, Global Modernity (the chosen few clamoring on the leading edge of its Modernization Front) toward a new attractor, which he calls the Terrestrial. 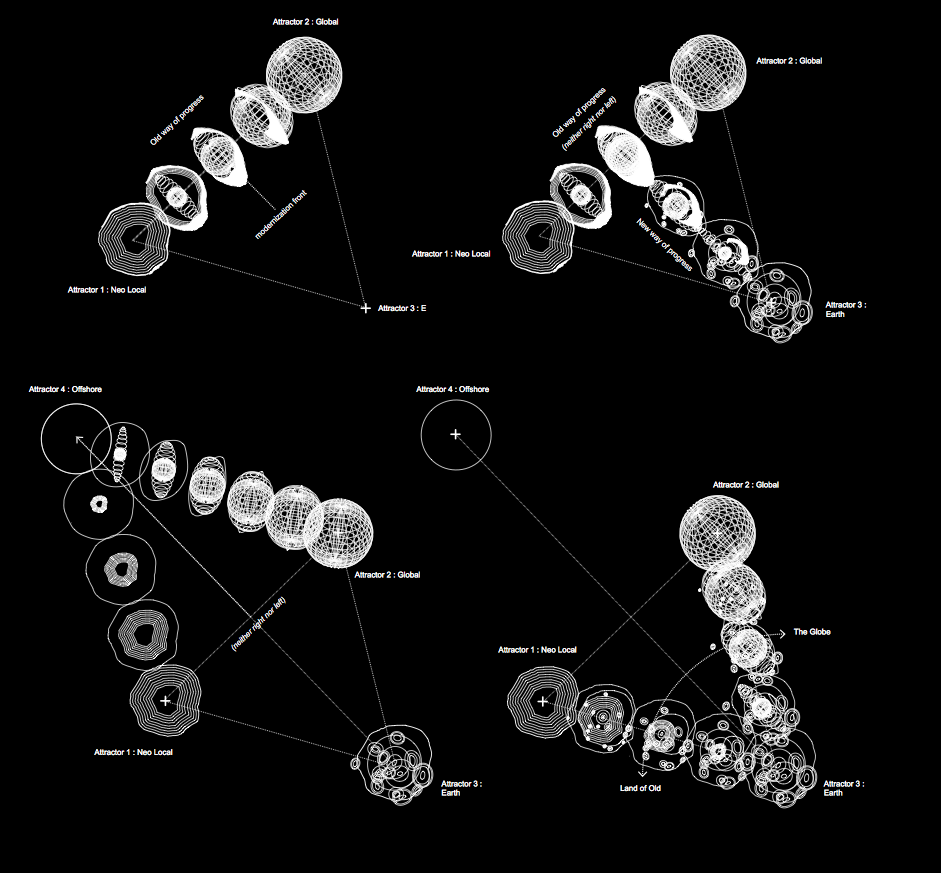 We cannot simply retreat, reverse time’s arrow and live in the Local (the point of origin from which we have sprung on our march to the modern world) for once there, most would starve, because there are now far too many of us. Latour counsels that we abandon the Local-Global axis, made untenable by the climate-driven ecological collapse. Geopolitics have been replaced by geohistory in which humankind has relinquished its role as the primary actor. We are dealing with “…an upheaval that is mobilizing the earth system itself.” Social questions, he suggests, must be replaced by ecological questions. The premise of our politics needs to be profoundly reoriented.

It is no longer a question of left or right. In Down to Earth, Latour challenges us to respond to his provocative, existential question: “Are we Moderns or Terrestrials?”

JOHN DAVIS is an architect, educator and a writer. He lives on the wildland-urban interface in Ojai, California and blogs at urbanwildland.org.

I´m all for "radical imagination" and new orientations. ¡Buenas ideas--and told with force and vision!

But I write from the poorest country in South American, second poorest in Latin America — where not only are people suffering suffering suffering and need whatever aid they can get, but also the country--with its long history of invasion and takeover — feels pressured to build a modern military for protection in a hostile world and go hogwild for global-economy-sized industrialization to the tune of voracious deforestation, massive excavations, and polluting factories to pay for social programs and defense. Despite all the talk about Madre Tierra, minds here aren´t changing. Es así...

Rethinking Politics in the New Climatic Regime
The Green New Deal and 'Accursed Wealth!'
Managing Climate Risk, or Not
100% Wishful Thinking: The Green-Energy Cornucopia
'Keep it in the ground' Letters Go to the Top