Category
Radical Habitation
Travel & Transportation
Space
Stories from a Starwoman
by Herbert Wright
Published: Oct 07, 2015
Standfirst
Over 500 humans have been into space, but only one in nine have been women. The first was Valentina Tereshkova in 1963, and she became a global star and a hero of the Soviet Union. Fifty-two years later, she and her Vostok 6 capsule have come to London's Science Museum. The capsule has re-entry burns, but Tereshkova is as bright as the day she launched.
Body

LONDON — When the Space Race kicked off with Sputnik in 1957, the USSR started a run that left the USA lagging so much behind, it was embarrassing.

Sputnik 2 carried a dog. In 1959, Luna 3 sent the first photo from the far side of the Moon. And in 1961, Yuri Gagarin was the first man in space, and an instant global icon. These and other firsts all came without any notice, generating surprise as well as astonishment. But by 1963, the surprise seemed to be subsiding.

That was, until Valentina Tereshkova launched off in Vostok 6, to become the first woman in space. Her voyage was sensational, eclipsing all but Gagarin's, and she smashed forever the male exclusivity of space. In 2000, the International Women of the Year Association named her the Greatest Woman Achiever of the Century. Incredibly, now aged 78, Tereshkova is still whizzing around. She's active as a Russian parliamentarian, involved in a veteran's charity, and speaks up for women's rights. And when she appeared at London's Science Museum this September 2015, looking far younger than her years, she was charming, witty . . . and she had some stories to tell!

"Our operations in space,” he commented dryly, “were more stable than down on Earth”.

Tereshkova was there to launch an extraordinary exhibition called Cosmonauts: Birth of the Space Age, and she didn't come alone; another cosmonaut hero, Sergei Krikalev, joined her. From 1988, Krikalev clocked up 803 days in space on six missions, including two on NASA Space Shuttles. But despite his stupendous experience, everyone in London just wanted to hear from Tereshkova. Krikalev took it all with good grace — it's not the first time he's been left a bystander. When he launched off from the USSR for the Mir space station on the Soyuz TM-12 mission in 1991, little did he know that his country would dissolve seven months later, while all he could do was watch from orbit. “Our operations in space,” he commented dryly in London, “were more stable than down on Earth”.

Back in 1962, Tereshkova had been recruited as a cosmonaut in part because of her amateur skydiving experience in Yaroslav, the central Russian homeland. She was so keen, she once jumped before the call to jump was given, earning a reprimand and demonstrating a little rebellious streak. She was intensively trained for two years in the USSR's Star City, then an off-limits military town near Moscow. “It was a lot of work,” she says, “but everything appears easy when you're young”. Instead of revealing the whole truth to her mother, she wrote that she ‘was skydiving’. 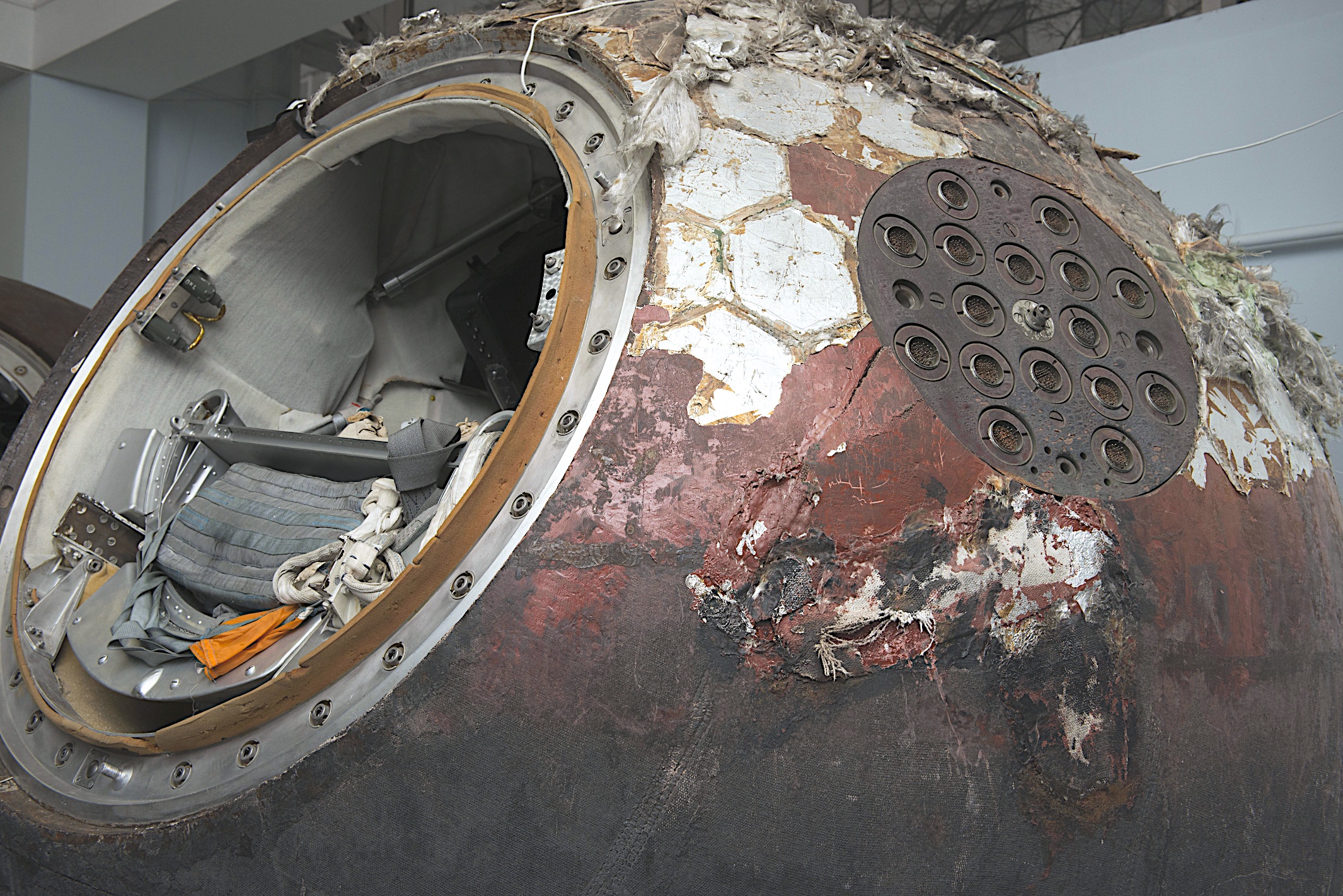 After delays because solar activity had increased radiation dangers, Valery Bykovsky was launched into orbit in Vostok 5 on 14 June 1963. If there was any danger that Soviet flights had become mundane, it was dispelled just two days later when Tereshkova blasted off, with the words: ‘Hey sky, take your hat off. I'm coming!” For the second time, there were two cosmonauts in simultaneous orbit, but this time, one was a woman. Tereshkova suggested to Bykovsky that they sing together in space, but he declined. She recalls him saying, “I'm not a songbird. I'll listen”. 52 years later, Tereshkova mischievously proposed to Science Museum director Ian Blatchford that they should go into space — and could sing folk songs to each other! He demurred. Tereshkova just doesn't have much luck finding singing partners in space.

On Vostok 6, Tereshkova soon realised she'd forgotten to pack a toothbrush, but she managed. “I'm a very resourceful person, like any woman. A toothbrush was nothing compared to the spacecraft being orientated for ascent rather than descent”. Now, that was a real problem, and could have resulted in her being the first person to be marooned in outer space. The problem was rectified, but later, she asked Sergei Korolev, the genius in charge of the cosmonaut programme, “not to punch the chief engineer” He said, “I want you to keep your word that you will not tell anyone about it”. Tereshkova continues: “I kept the secret for 30 years. Cosmonauts keep their word, especially women”. 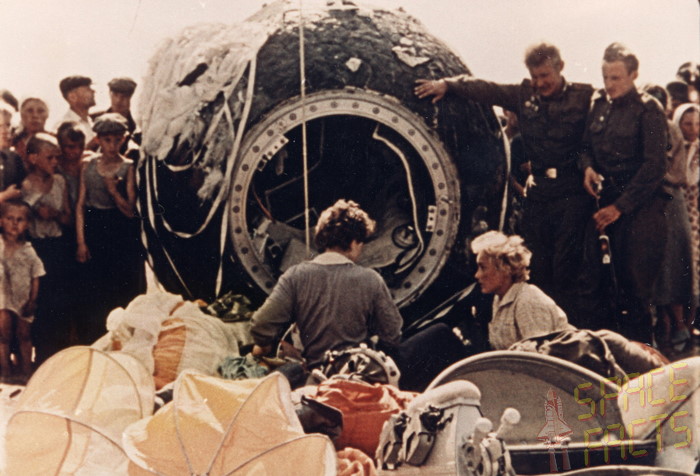 After two days and 22 hours, it was time to get back to Earth. In those days, trajectories where like those of ballistic missiles, far steeper than today. Cosmonauts carried a pistol — who knows where they might land. Most landed in Kazakhstan, but Tereshkova's capsule parachuted down in the Altai region of Russian Central Asia. She remembers seeing the endless fields, and agricultural workers in them. “When people saw the parachute, they came. The women said ‘we're going to feed you’. They gave me some milk. I gave them some space food.' Naturally, she was reprimanded later for that.

That was the first time we experienced popular love.

But the biggest reprimand was from her mother, who only heard that Tereshkova was in space when a neighbour said she was on television. Later in Moscow, she recalls, Soviet premier Nikita Krushchev asked her mother to forgive her for saying she was skydiving – after all, Vostok 6 had to land with a parachute. “Moscow cheered and greeted us”, she says, recalling the reception that she and Bykovsky received. “That was the first time we experienced popular love”. They stood before adoring crowds with Krushchev and Gagarin in Red Square.The planet she had orbited was theirs. 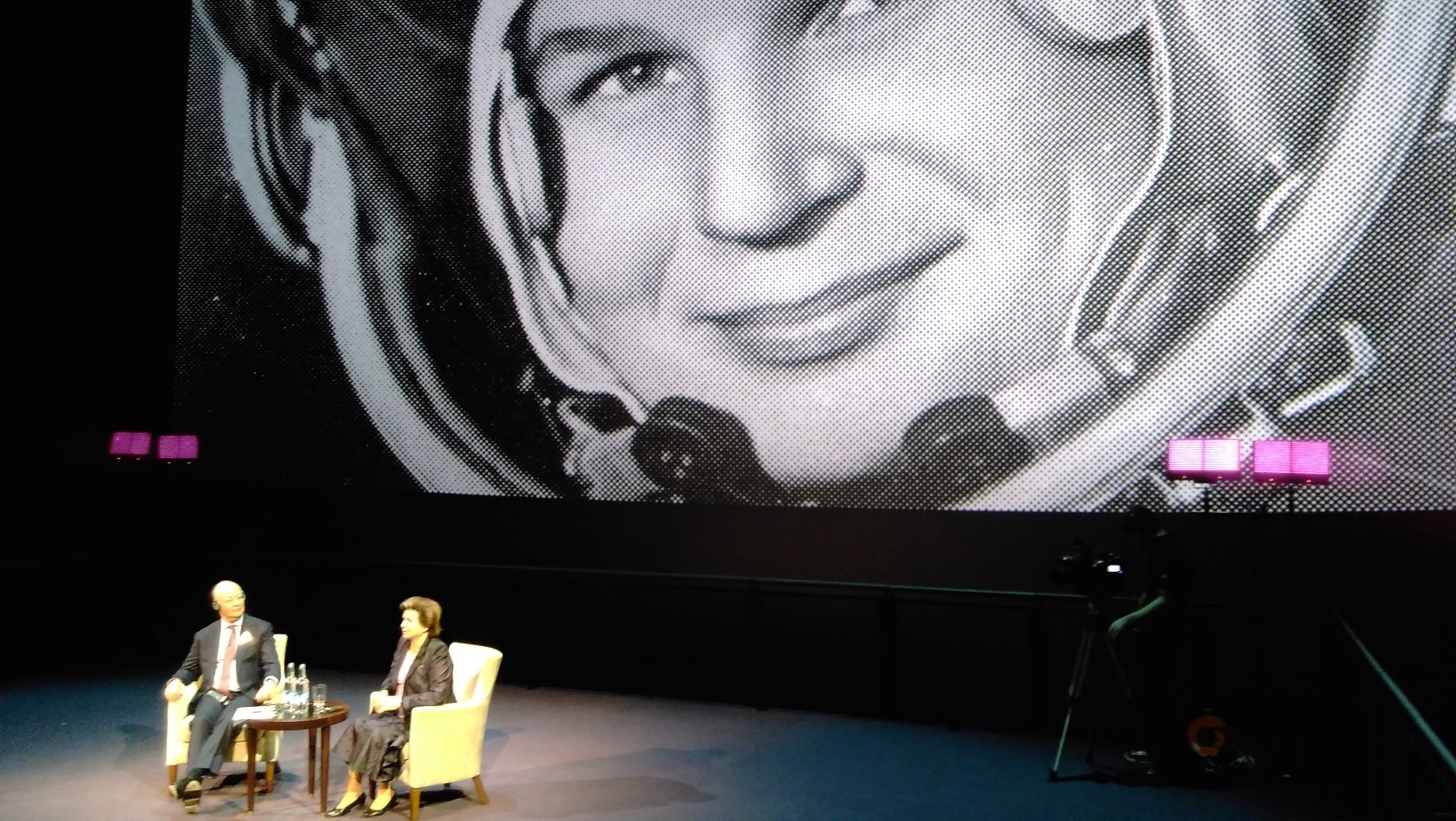 Tereshkova, like all her cosmonaut comrades, adored Gagarin. “We looked at him as if he were a god. We tried to touch his sleeve”. But he was also a tease. He told her that sailors say a woman is bad luck for any vessel, and he joked: “Where's the hat the sky should have taken off?”

She would marry the Vostok 3 cosmonaut Andryan Nikolayev, and had a daughter with him. Her second marriage to an orthopaedist lasted until he died. Korolev died in 1966, robbing the cosmonauts of their mentor. 'We like to think we are all Korolev's children”, Tereshkova says. The female cosmonaut crew was dismissed after the first space casualty when the tragic Soyuz 1 mission returned in 1967. Meanwhile, the US pulled ahead in the Space Race. The Soviet dream of being the first to land a man on the Moon was unfulfilled. Incredibly, the craft that would have delivered him, an LK-3 lander, has been restored and stands proudly on display at the Science Museum.

There, not for the first time, Tereshkova was re-united with her Vostok 6 capsule. Standing next to it, she says: 'Every time I pass it, I stroke it and say: “My best and most beautiful man”. She would love to go into space again, and once even said a one-way ticket to Mars would suit her fine.“Mars should be a mixed crew”, she declared in London. “Men, you need us to keep you under control! We don't know how attractive the Martian ladies are!”

And does she ever dream about being back in orbit? “Yes”, she says. “These are the sweetest dreams”. 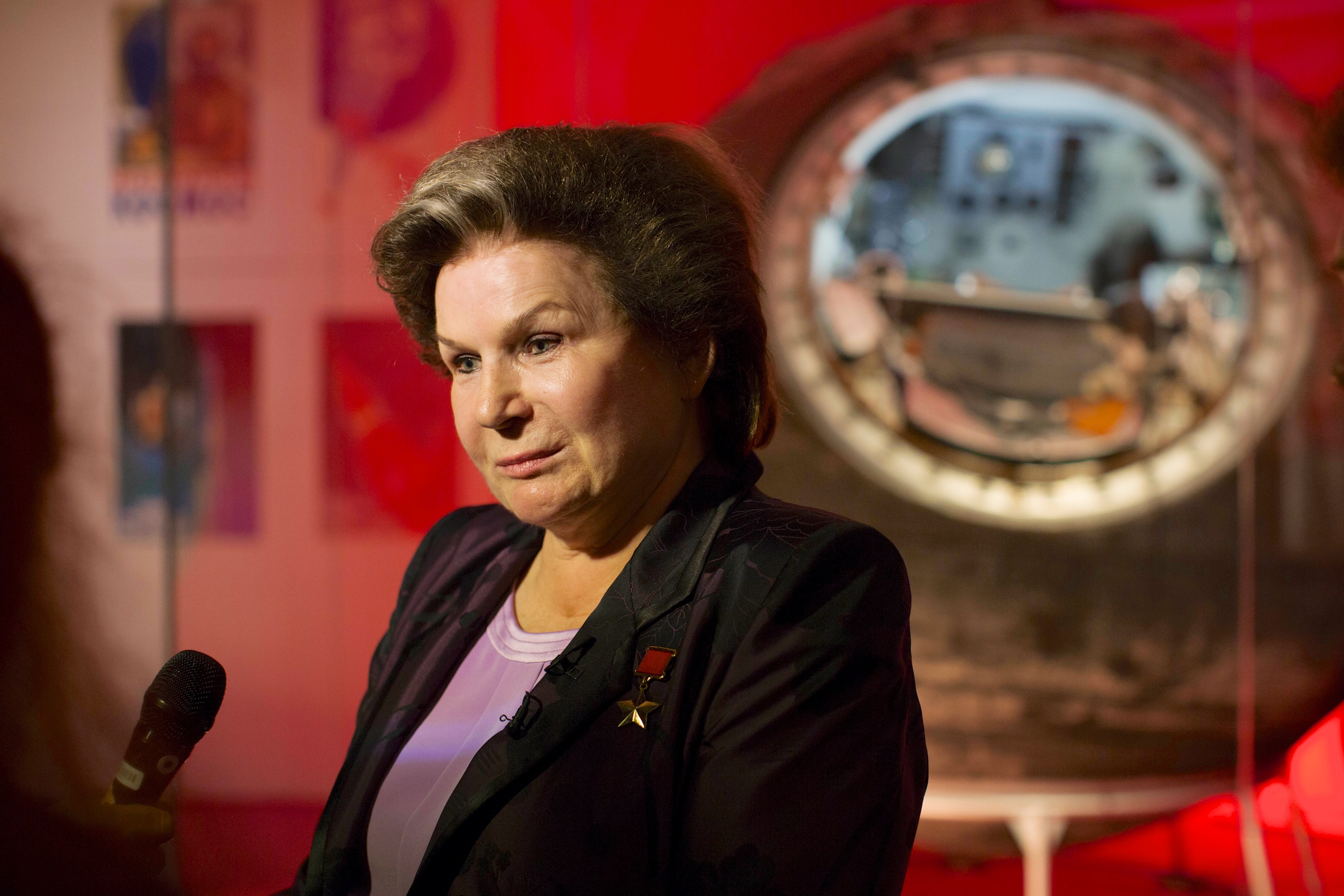 Dr Tereshkova reunited with Vostok 6 in the Cosmonauts exhibition.

Stories from a Starwoman
Peak Humanity and How to Avoid It
Centaur Rings from beyond Saturn
At the Edge of Emptiness
Token Wild Boy, Vol II - The Height of My Seat

Peak Humanity and How to Avoid It
Token Wild Boy, Vol II - The Height of My Seat
Centaur Rings from beyond Saturn
At the Edge of Emptiness
Not a Homecoming