Krank: Love in the New Dark Times, I 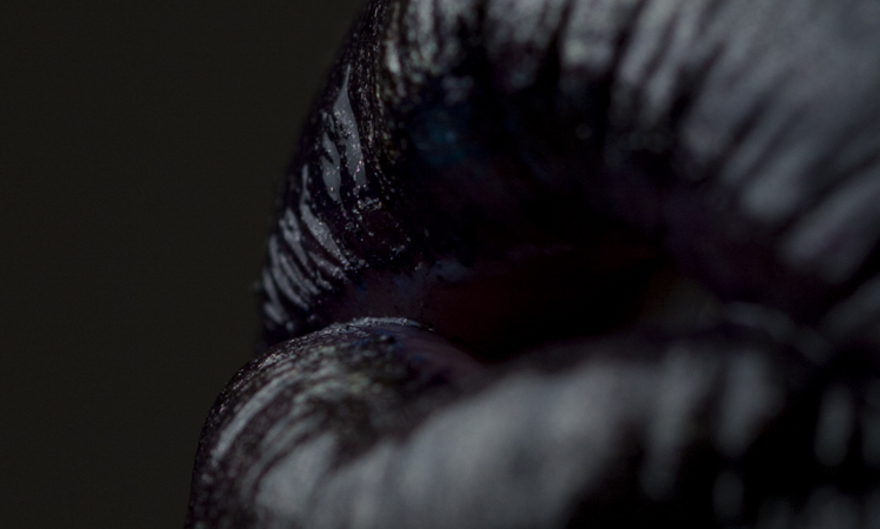 Eight minutes in which to catch her boat. Ainsley could do it if she walked briskly. The black trees against the sky were flat little cut-outs, scary-looking in a way she found a bit corny, like Hallowe'en decorations.

She tended to lose pretty much every vestige of humour by this time of year – this winter being particularly difficult, of course, because of Dan. Traditionally, November was her gnashing month, her antichrist month, the month that devoured the last of the preserves of sweetness and light she put up inside herself every summer to see her through the black months ahead. Her cupboards were pretty much bare now, the solitude pressing in around her neck this morning like a stranger’s fingers. She could easily imagine not encountering a single soul from now until spring. Her city colleagues considered her blessed, getting a chance to hole up for a year in this little cottage and write her book, pursue her thoughts without intrusion from others. The ferocious wind cutting right through her coat this morning was quite unlike yesterday’s darling spring breeze. By New Year, Eleanor warned her, the wind would be a nail gun, driving itself into every crack and crevice of her home – and her psyche. She could hardly wait.

The ferry boat lurched into the dock and she wriggled her way to the front of the line, impatient to be aboard.

She turned. A woman with a mass of curly hair tumbling out from under a cowboy hat was hurrying towards her. Ainsley’s heart sank. Eleanor. She waved back dutifully. Her dear friend – and Island house connection. What was the woman carrying?

“Can you give me a hand? My posse awaits me. Jesus, this wind is brutal.” Eleanor staggered up, punching down her stetson with one hand as she handed Ainsley an armful of placards with the other. Around her neck was a fat bundle of lurid, fluorescent paper leis.

Eleanor’s vocabulary was still foreign to her, despite decades of friendship. She squinted at the placards. The sun was too bright to make out the words and the mass of pink and green leis was beyond bizarre with that cowboy hat. Ainsley fought down her irritation. She was so not in the mood for small talk. “What’s happening? What posse?”

“Four of us, plus me now and maybe you, Ains, if you can help? Rumour has it – my insider sources at City Hall tell me – that a bunch of city engineers and corporate suits are invading Ward’s by water, sometime this morning. We’re the welcoming committee.”

Eleanor fluffed the leis around her neck. “We Islanders are known for our hospitality so we’ll tag ’em with these. There’ll be no sneaky reconnoitring of our island by these guys, thanks very much.”

Even as a kid she’d defended the weak, and kicked bullies in their shins...

A little of Eleanor’s ‘Corporatism Equals Fascism’ went a very long way with her. The Hawaiian approach struck Ainsley as heavy-handed and possibly racist. Maybe if Eleanor had used knitted toques instead … “You’re going to do a demo at the dock?”

Eleanor was twisting around, searching the water for the ferry. “Why not? I could use you, Ains.”

“Gosh, I can’t today. I’m off to the city.” She was damned if she was giving up her research day at the library. Eleanor, turning to wave at a group of approaching Islanders, didn’t acknowledge Ainsley’s turndown. Recruits had arrived. She winked at Ainsley, pulled the placards out of her arms and began distributing them among the new arrivals. Each person took a lei and put it on. Ainsley could see their practicality. It was immediately clear who the welcoming committee would be.

Eleanor had a knack for organizing. She had been doing her ‘Save the Island’ stuff forever. Even as a kid she’d defended the weak, kicked bullies in their shins. More than once back in high school, she had come to Ainsley’s aid. Ainsley certainly owed her, but luckily Eleanor rarely attempted to collect. What was it Perls said about guilt?

Resentment in another form. She could feel a bit of both as she watched Eleanor turning people by their elbows to face the dock in a neat row. They seemed so happy to be choreographed by her.

Good for them. Include me out. Ainsley felt her inner grouch emerging. She would have to watch herself. An island was not the place to release that kind of energy.

The group marched sideways towards the dock and then sideways away from it like a chorus line, rehearsing. A moment later they moved into a new formation, forming a human gate through which disembarking passengers would have to pass. How did these people put up with Eleanor?