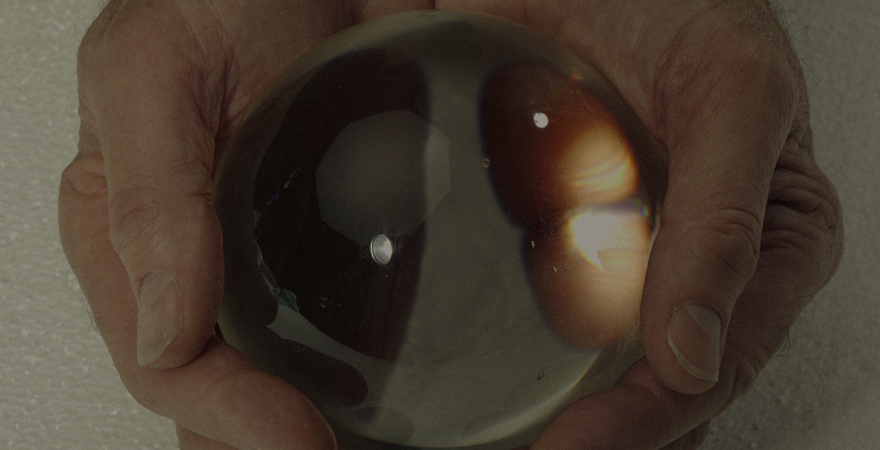 How many numbers does society need? The genius of the digitisers is to understand that we need only two. There is the number one. And then there is the number zero. Existence. Non-existence. Strange to think that such existential simplicity now organises our conversations, our memories, our publications, friendships and our music, now that all are carried via cables and telephones and glassy tablets.

The mortal existentialists and the digitisers are content to apply their binary logic to everything indiscriminately. One. Zero. Existence. Non-existence. Light. Dark. Alive. Dead. Nothing passes, lingers or progresses, but merely is or isn’t. The sun is either up or down, and that is all we need to know, although we may still remember that things might be otherwise.

Why the other numbers? Was it God’s great joke to give us fingers and toes, such that we might start to count beyond one? No longer light and dark, but Monday and Tuesday and Wednesday, up to seven. No longer now or not now, as the new-born infant experiences it, but one o’clock, two o’clock, three o’clock. And very soon we’re talking about whether one hundred billion pounds is too much to be spending on bailing out the banks (or if not one hundred billion, then how about a trillion?). Once numbers start, it is in their character to multiply.

There is memory, and there are numbers, and it’s not clear which came first. If I know that a child is growing taller, what is doing the work here? The measure of height or the memory of less height in the past? The experience of time and the measure prop one another up, neither daring to go it alone, to confront chaos without the other. Today – or 2012 as we name it – the British are wracked with political anxiety about a number: the size of the economy. This number seems to have stopped changing. If you add up all the products and services that come out of Britain, and attach a pound sign to them… well, it appears that the quantity is now the same year on year, repetitively. And this unchanging enumeration means we are living in a ‘depression’.

When was it, in which year exactly, that we decided that the passage of time should be marked by numbers changing? The Enlightenment that occurred, so they say, in the 18th century, pledged to make the future better than the past, and make man the measure of his own destiny. Rather than timeless books or timeless authorities as the measure of all values and qualities, man would produce his own measures, so as to be counted by himself. The famous metal metre housed in a bunker under Paris, first dreamed of by the 1789 revolutionaries, signals the dream of an age in which man would master numbers. Or was it that numbers would master man? Very quickly it became impossible to tell the difference.

There was already the new science of economics, with its fictitious standard of value, some ghostly substance that carried from labour, into things, then into money, and back again. This, perhaps, could provide the new man-made barometer that the revolutionary spirit was determined to establish and live by. If we can all speak the same quantitative language, then moral dispute might become superfluous. That, at least, is the dream that economists have refused to abandon.

While the revolutionaries were designing new clocks and weights, Immanual Kant was wandering Konigsberg, neurotic, asexual, a genius, leaving his house at the same time every day to walk the same route, such that the local residents would set their watches by him. Kant’s independent measure was the consistency of his own mental self-assault, one that produced the three monumental Critiques on which the modern mind would seek to base itself. He seized upon newspapers for the latest news from revolutionary France, delighting in the prospect of a dawning age of self-government and self-measurement. The future, Kant proposed, would be one in which knowledge, ethics and beauty would be gauged by the ordinary human mind, and not by arbitrary authorities in church or state. We may not be at such a historical moment yet, but we are certain to be there one day.

And at the same time, Jeremy Bentham sat in London, designing the apparatus of the perfect progressive policy programme, in which measurements of human happiness would underpin every intervention of government. With truly scientific underpinnings, the progressive society would gain a numerical guarantee that it was getting better, more, bigger, year on year. Economic evaluation would spread into every crevice of politics, society and family. Every incentive and punishment would be weighted perfectly, and the societal machine would compute its aggregates with precision. Minds, governments and markets would all become an integrated system, which would become even more optimal, year after year.

The story of Enlightenment is one of the search for an ‘ultimate’ measure, combined with suspicion of all claims to an ‘ultimate’ anything. In place of traditions and mystical sources of authority, the revolutionaries, critics and utilitarians offered the human mind as the only authoritative measure of anything. But the mind is intangible and more disruptive than Kant or Bentham’s miserably mechanical ideal. So there must be seconds, minutes, weeks and years. And there must be pounds, dollars, pence and Euros. Then metres, centimetres. What Sigmund Freud would later identify as anal retentiveness became the essential precondition of objective knowledge.

By the 1930s, the statisticians had found a way of measuring something called ‘the economy’, where previously there were just markets, products, prices and services. This thing breathed like a dozing beast, swelling for years at a time, then contracting when it could swell no further. And for the next 75 years, the number placed on this economy finally offered a measure that global society could agree on as the mark of progress! This manmade measure, ‘Gross National Product’, would serve as the barometer through which whole societies would know if they were moving forwards or backwards, towards their telos as Kant insisted, or away from it, and perhaps back towards a dark age of tradition and arbitrary truths. Every year, the economy would grow by 3%, sometimes more, sometimes less, a comforting indicator of how well things were progressing. The work that went into this number, the counting, adding, modelling and calculating, took place deep inside statistical agencies, whose authority had to remain unchallenged and unexamined, for fear that the whole barometer of progress might collapse in a flurry of anthropological deconstruction.

Now we move neither forward nor back. History has stalled for a period. The numbers have stopped growing and progress is on hold. Nothing new appears, and nothing old dies. Under Bentham’s watchful dead eye, the statisticians have returned to the human mind in search of a barometer, measuring how happy we feel, as an indicator of how society is doing. ‘7.4’ out of 10, it transpires. In 2013 we’ll know if that score is growing or shrinking. If it shrinks, then we might cast around further for yet another number that grows, if not collectively, then at least individually.

Individually and separately we too flail around in search of our own ‘ultimate’ measure of progress. More measures get applied to more things, such as how many friends we have, how many people ‘follow’ us, how valuable our home is, how many miles we’ve run or pounds of weight we’ve lost. The numbers don’t lie, but nor will they go away either. These manmade barometers are both strait-jacket and comfort blanket all at once, providing rigidity, flashing lights and targets, without which there would simply be ‘now’ and ‘then’. The rise of the ‘quantified self’, imposing audits and goals as super-ego upon ego, represents the radical personalisation of the project that Robespierre, Kant and Bentham launched with so much gusto back in the 1780s.

Imagine a world without ‘progress’. This would be a world without ‘ultimate’ measures, without forwards or backwards, bigger and smaller. The winner of the athletic race would be entirely impossible to specify, as nobody would know where or when the race began and ended, who had cheated or who was legit. The size of the economy would be ‘massive’, and that would be the end of the debate. And our happiness would flicker in all directions, unquantified. In place of the words ‘more’, ‘most’ and ‘best’, there would simply be ‘some’ and ‘great’ and ‘good’.

Could we cope? Would we retain coherence of self, society or relationships? Or would everything fragment into a mess of fragments, scattered like moments in a Dadaist nightmare, a re-make of Mulholland Drive that never ends and is constantly re-hashed . The modernist and postmodernist insight is that this fragmentation is the real truth of Enlightenment, this is the actual ultimate, once the phoney ultimates of weights and measures are stripped away. Friedrich Nietzsche foresaw where the twentieth century was headed, even while it wrapped itself in the conceits of ‘Millennium Development Goals’, ‘social indicators’, ‘efficiency savings’ and ‘IQ tests’. Nietzsche could cope, just, with what he saw, but only through a level of machismo and isolation that is resistant to all forms of mutual concern or unthinking acceptance. The ordinary person, needing a reason to hope or believe, finds no comfort in this cackling mess, and clings to whatever numbers will provide reassurance. But these comforts may turn to pessimism, in which the numbers move mercilessly in the wrong direction. One set of numbers grows too high: the debt, the weight, the age. The other is too low: the time remaining.

Once numbers get to work, they always go on to do too much. We fail to stop them, until they dominate us. Odd to think that the simplest numbers, 1 and 0, now mediate so much of our lives in digital form, when these are also the numbers we grasp the least. The existential mystery of one or not-one goes unnoticed, amidst the scramble for an indicator of ‘progress’.

William Davies is a sociologist.
www.potlatch.org.uk

Rational is internal. If numbers are popularly recognized as currency and time, than it is known to be that way. Binary is a robotic idea, being or not being. Humans are capable of looking beyond that of existence and non existence; progress may be analysed. Extreme rationalism desensitizes emotion and feeling, witch we cannot stray away from. The goal is reached by a process, yet the process involves steps. These steps may lead to wrong direction, or toward answer. These directions are dictated by people, by communal knowledge. Saying that 1 and 0 are all that is needed entirely excuses the process in achieving a 0, or a 1.