Permaculture: An End to Climate Change?

The intricacies of global warming have a habit of appearing incredibly complex, but of late a selection of researchers and ecologists have been grabbing the public’s attention, stating that, whilst the problems are indeed intricate, the solution is actually incredibly simple. Permaculture.

“Permaculture is a design system, a cross between a science and an art, a set of tools we can use to take responsibility for our actions.” I’m talking with Nigel McKean; a transient, a shrewd card player and an expert in permaculture, the ecological-engineering process that first got us talking the previous day.

McKean, 51, lives with his wife on a bright yellow double-decker bus that smells faintly of honey. His white hair and reserved manner are befitting of a person his age yet he has the eyes of a younger man. They dart restlessly around the bus as he brings me up to speed with what many believe to be the simple solution to the biggest problem.

“At the moment we’re exposing lots of soil,” McKean explains, “and as it’s exposed, micro-organisms and other components are destroyed.” Soil carbon is the largest pool of carbon on the planet and, according to the World Bank, current agricultural farming practices “account for over 30% of global greenhouse gas emissions”. McKean believes that sensible agricultural practice would put an end to climate change.

“It’s about plant physiology. There’s a carbon and nitrogen balance in plants that we’ve got to maintain.” He’s talking about over-grazing, when land is overly abused by livestock. Whenever a plant has its top cut off, it sheds its roots. If allowed to grow back it can replenish the lost energy, rebuild shoot systems and deepen roots resulting in a sustainable biomass cycle. “One of the problems is that we are not allowing this to happen.”

The process of tillage is also regularly citied as a major contributor to soil carbon loss, for when soil is exposed to oxygen and sunlight, micro-organisms begin to break it down, releasing the carbon trapped inside. Soil scientist Rattan Lol estimates over half of agricultural carbon release to have come from soil – “almost 80 billion tonnes” since the dawn of agriculture.

At this point McKean puts his hand to his mouth: “you know what the answer is?” He pauses a second before cracking a smile. “Managed grazing. It’s pretty simple.”

I first got to know McKean properly whilst playing cribs, a complex card and maths game that he beat me at for three straight hours. Afterwards he informed me that the key to winning cribs is about ascertaining a simple structure that you can implement throughout the whole game. When I asked him what that was he just laughed: “I can’t give all my secrets away.” 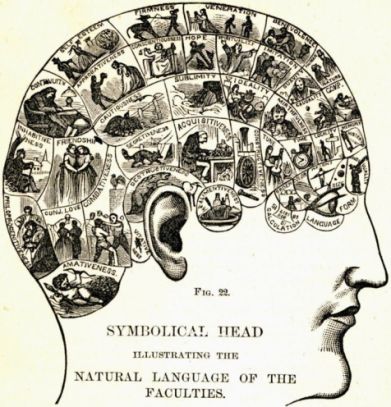 The ideology behind permaculture is to implement systems into our lives that work in the most efficient way – to reduce loss and human effort, maximise energy use and to benefit future generations. Simple, working, sustainable models. There are currently many government-issued proposals to offset carbon emissions, but McKean feels that they are not long-term solutions.

“The suggestion is that landowners will get paid to sequester carbon in the soil,” that areas of land will be used to grow conifers (due to their rapid growth patterns and therefore high carbon intake). Whilst single-species carbon-farming would initially reduce carbon levels, it would lack in biodiversity, and therefore impact negatively on soil nutrient levels. In addition carbon can only be retained in the trees for as long as they are live, when they decompose it releases C02 back into the atmosphere: “We can look at that as short-term carbon,” says McKean, arguing that the best way to store carbon long-term is in soil.

The concept of permaculture first began in Australia in the late 1970s, when Bill Mollison and David Holmgren began to publish findings that industrial-agricultural methods, such as tillage, reduced bio-diversity, released carbon and reduced the nutrient levels of top soil. Their solution – the permaculture solution – adopted traditional farming methods and imitated natural ecosystems to create a more sustainable system that benefits land, atmosphere and humanity.

He has an odd way of making everything sound both catastrophic and trite . . . He talks of collapse and fragility but always followed by a laugh.

Australia has since continued its progressive attitude to farming, being a constant front runner in initiatives and programmes that attempt to promote and subsidise non-disruptive approaches to farming. The belief is that, when soil is left covered, it creates higher levels of soil nutrients, reduces C02 levels, restores water reserves and reduces the risk of floods.

However, these approaches put tremendous pressure on farmers, costing them time, effort and money – all things which are currently seen as unaffordable in the cultural and economic climate. The growing population of the planet coupled with the driving down of farmers’ margins by the big supermarkets has made less-industrial methods of farming unviable. The abundance of space in Australia is also not a luxury that other countries can afford, with land being a high-priced commodity throughout most of the developed world.

One design system suggested by permaculture designers allows the individual to take responsibility, utilising urban areas to grow produce on doorsteps or rooftops (allowing areas of farm land to return to nature): “If ten percent of agricultural land we used was covered again,” McKean says matter-of-factly, “within ten years we could solve climate change.”

McKean has an odd way of making everything sound both catastrophic and trite; that global warming is both a pressing reality but that the solution is so obvious that it is hardly worth mentioning. He talks of collapse and fragility but always followed by a laugh, as if it is all a joke that we do not quite get.

“There’s a little thing they say about our culture,” with his forefinger and thumb about three inches apart, “that it’s only this deep. Because there’s only about that much of the ground we use. That grows everything. Our whole culture is that deep,” he leans in with a grin on his face. “That’s a bit scary really.”

LIAM DESROY is a former assistant editor of The Journal of Wild Culture and currently the Editor of Science Prophet.