Take Me, Ocean, Make Me Whole

Category
Sport & Recreation
Spoiled Worlds
Energy
Take Me, Ocean, Make Me Whole
by Ed Southorn
Published: May 31, 2020
Standfirst
Surfing for forty years, Ed Southorn remembers one beach that was better than any of the others. Here's his experience of some of the most ferocious water in the world.
Body

It is a short trip from the lurid chaos of an ageing beach resort known as Surfers Paradise, where the surf is just okay. At the end of a lonely road fringed by unspectacular scrub, a freak of nature unfolds, unique in the surfing cosmos and hidden from those who don’t surf. A very fast, symmetrically peeling wave revered by surfers around the world offers the skilled and brave the best rides of their lives. In a worst-case scenario they will catch a ride to hospital with an air ambulance.

Its name is The Other Side, more commonly referred to as TOS.

Every pro surfer who has been to Australia — just about all of them, plus the countless thousands of local and tourist surfers — ride or want to ride TOS. Located on the beach at the southern tip of South Stradbroke Island on Queensland’s Gold Coast, 700 kilometres north of Sydney, this is a place where five hundred cubic metres of sand is discharged into shallow water just off the beach every hour via undersea pipes — the world’s first permanent sand bypass system. The sand here is constantly sweeping along the coast, blocking the entrance to the Nerang River. The bypass was designed to keep the river mouth navigable, enabling access to offshore waters for the power boats and yachts zipping around the Broadwater estuary, many with berths at private moorings alongside residential mansions in the upriver canals. We are not far from civilization here, fifteen minutes by speed boat from trophy homes worth tens of millions of dollars

I sat up on my board, breathing hard. ‘That was ambitious,’ a young rat mumbled, not looking at me.

TOS is an accidental by-product of human ingenuity, an unintentionally engineered wave with no direct access road in or out. It’s impossible to see TOS from the riverbank where the nearest road ends. To gauge how these special waves are breaking, surfers walk along the top of a rock wall and stand on their toes, hoping to catch a glimpse across the river. Alas, all you can see is the very top of a peak as it crests. The unseen, peeling waves can only be imagined.

Gaining access can be exhausting, so you need to be sure it’s worth rolling the dice. Arriving when the swell is too big or too small, the tide too high or too low, the wind or the swell in the wrong quadrant, is a kick in the guts. Surfers are like ancient mariners, they develop an ability to read the weather. Otherwise they waste too many hours finding mush.

There are three ways to make the crossing. You can run a dinghy or a jet ski out of the river mouth, anchoring behind the waves, or pulling up on the beach. In the summer, you can pay the ferryman who runs a surfers’ boat with racks stowing a few dozen boards. He will drop you in the deep water behind the peak. Or you can jump in the river with your board and paddle across.

I had heard TOS was a great wave but really had no idea what to expect. The first time I rode it was twenty years ago. The swell was up, about four to six feet. I took the ferry crammed in with a dozen young rippers half my age. Arriving in the deep water behind the break, the ferryman cut the motor and threw our boards over the side. We jumped in, thrashed around — attaching leg ropes from our boards to our ankles — and paddled toward the beach. The swell was unloading. 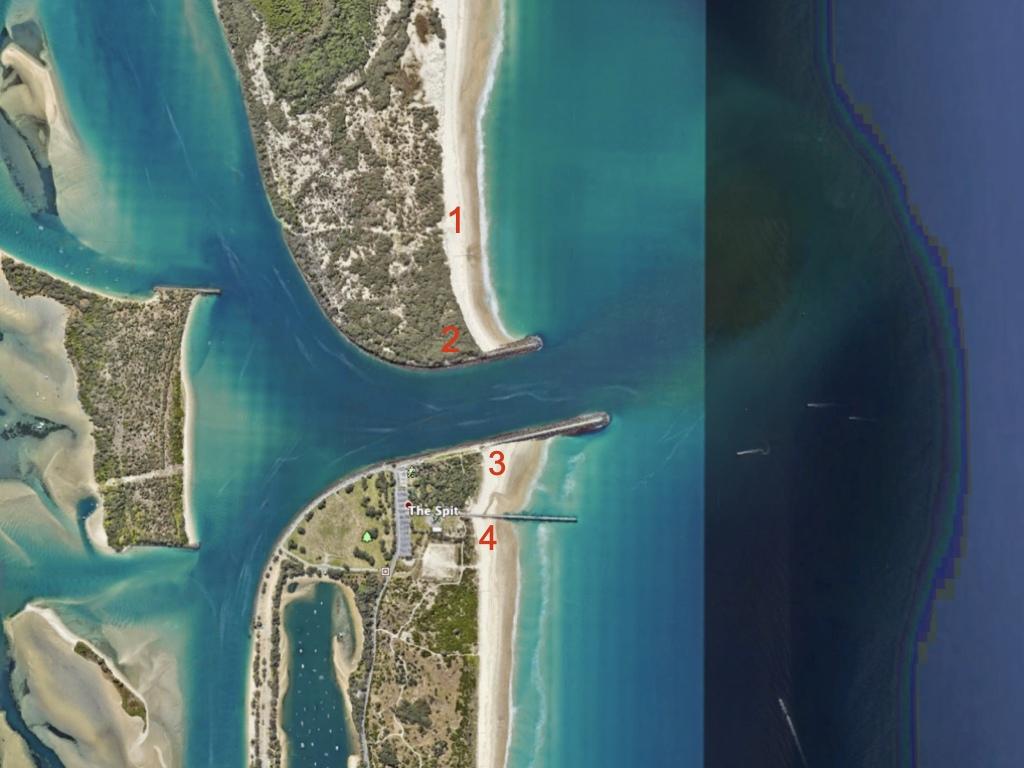 The location: 1) TOS, the surf beach at the tip of South Stradbroke Island; 2) The shorter rock wall on the northern bank of the Nerang River mouth.; 3) The longer rock wall on the southern bank of the Nerang River mouth; 4) Sand pumping jetty on The Spit. An underground pipe below the jetty traps sand drifting north. The pipe continues under the river mouth and deposits the sand at TOS. Google Earth image: South Stradbroke Island, Gold Coast, Australia.

Approaching from the horizon, I couldn’t see the face of the wave, only the back of it, with spray blowing up from the lip. But I could hear the unholy loud noise, louder than waves this size might normally generate, a mighty crack and thump and whoosh as the lip hit the shallow water, air and white spray shooting out from the tube. I scanned the faces in the line-up. There was an alertness and urgency you don’t always see at beach breaks on the Gold Coast. No joking around. This was not your ordinary Sunday afternoon session. Waves were being let go, unridden.

I stroked into the first peak that came my way. It reared up into an animal-like form, the gaping jaws of a swallowing beast. Too late, I knew what was about to happen. This wave was moving so fast, and was so steep and so hollow, I didn’t stand a chance. Unable to get to my feet in time, I was pitched out with the lip and smashed into the base of the wave, hoping as I went down that I could avoid injury by not falling too hard or too awkwardly. I came up dizzy and disoriented, cartoon birds tweeting and swooping around my head. After a few moments I regained my composure and paddled slowly back out, punching through another monster before it could pick me up and dump me. I sat up on my board, breathing hard. ‘That was ambitious,’ a young rat mumbled, not looking at me.

If you want to chase quality waves, this is not an activity for the faint hearted. Once I experienced it, I understood how TOS can be like a smaller version of Puerto Escondido, the Mexican Pipeline, where surfers have paddled out on big days and vanished, never seen again, or so the story goes. Every season in Hawaii, mountainous surf kills the unlucky and those who don’t know the limits of their ability. So do waves that break in shallow water.

For surfers who have done this for forty years as I have, we are intimate with the wrath of the sea. The brother of the owner of the surf shop at the end of our street, a good friend, was smacked in the head by his longboard while he wiped out in the shallows at Byron Bay, on the NSW North Coast. He died right there on the beach, in front of his young family. An American surfer who gifted me my first great, long ride at Burleigh, on the central Gold Coast, broke his back at TOS. And the son of my oldest friend dislocated his shoulder at TOS, sticking his hand into the wave wall to slow down, trying to get deeper in the tube. The poet Gary Snyder says our lives are written on our bodies. Surfers carry scars, from collisions with boards in the water and from falling onto rocks or reefs. I have watched as a surfer fell on the rocks, knocking his front teeth out. He paddled across to the line-up, sat up bleeding on his board and waited for the next wave. 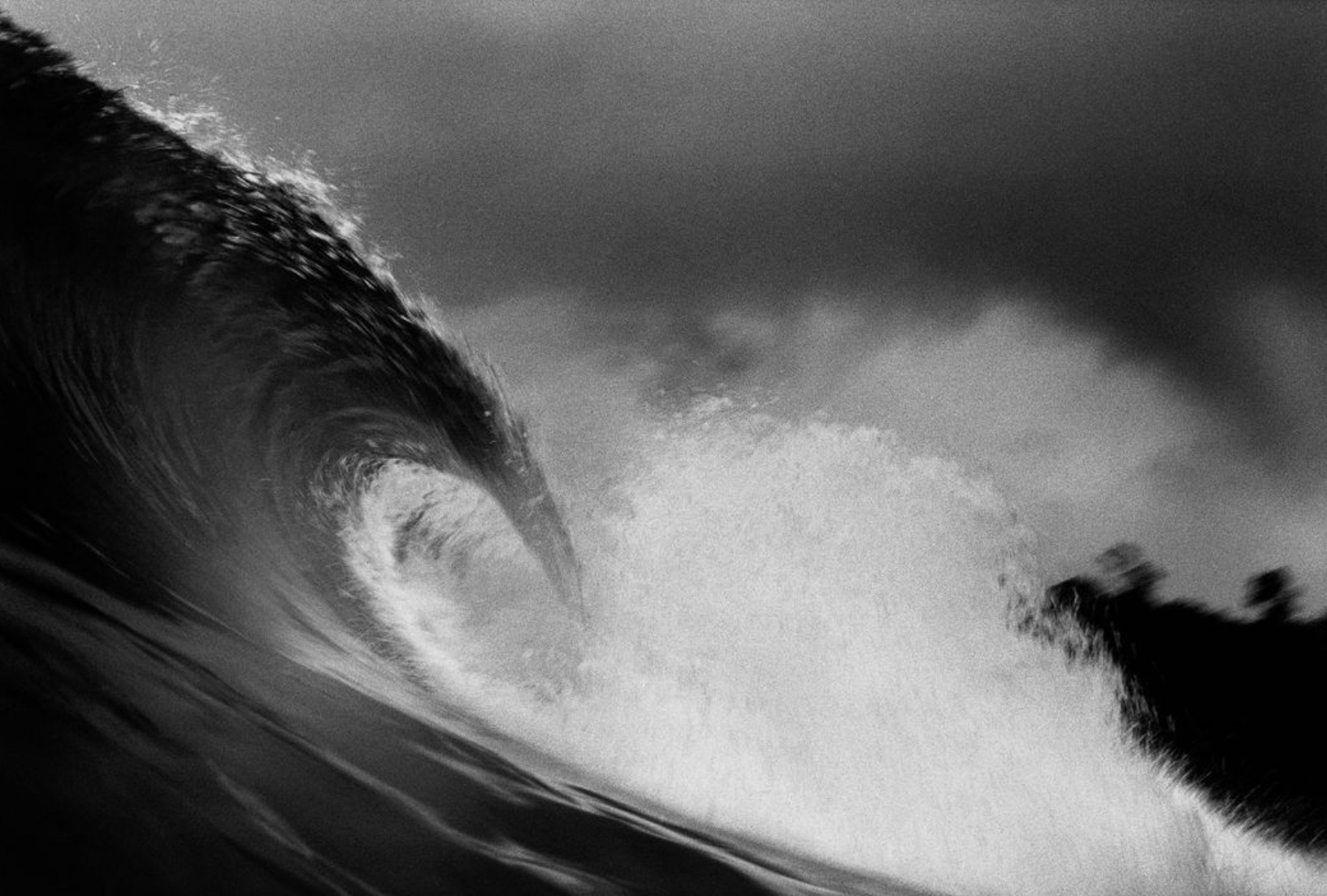 Every winter for a decade, when the ferry wasn’t running, I paddled across the river to TOS. Doing it old school, I enjoyed making my way under my own steam. The river paddle is a serious mission because it means you have to navigate around fishing trawlers, pleasure cruisers, yachts, dinghies and party boats. You want to avoid being mowed down as they plough past, the tide always pulling hard either way close to the river mouth. The water here smells of marine fuel and is full of sea life. It can be a tough paddle, especially on the way back, fatigued. Arriving at the riverbank rock wall, the scramble was a shocker — water sucking and swirling with such force I needed to time my climb so I wasn’t knocked down on the rocks. Too often I arrived at TOS sliced and diced. I eventually worked out how to ride this wild wave, pulling into enough tubes to feel, in a way, almost comfortable. I never mastered it.

I am too old now for the bone jarring intensity of TOS. Also, the crowd has become overwhelming. Though the surf on the Gold Coast rivals Oahu’s North Shore for quality if not size, it’s too crowded, almost loved to death, at least for me. Always a few thousand too many surfers.

Overcrowding at popular surf breaks is a problem around the world. Difficult waves like TOS used to be frequented by a select few talented surfers. Those days are gone. The talented and the foolhardy compete for rides at TOS every weekend and on weekdays when the surf is good. No one knows how many surfers will evolve. Mechanised wave pools are taking some of the overflow. Legislated surfing reserves designed to inhibit property development near the beach and reduce water pollution do not effectively regulate crowds. Nor do local councils and other authorities. On the Gold Coast, frustration and resignation are common emotions among surfers.

The surfing tribe has its own code — give respect to gain respect, don’t take more than you need — so formalised crowd control measures are problematic: no entry to the surf without local ID, regulated surfing days and hours, lit up beaches at night, beach marshalls. No one in the surfing world is willing to embrace such measures. Who would want to be the surf police?
I am set to bail from Queensland, moving with my partner much further south, to a quiet place where waves often break alone.

Surfers have always been explorers, often the first to popularise places before too long turned into commodified nirvanas, like Malibu or Noosa. Be careful what and how you share. I don’t expect to find any new, previously unridden waves when we relocate to the country. Just a few quiet surf sessions with a small local crew, that’s all I need.

If I write about where I’m going, I probably won’t explain how to get there. ≈ç 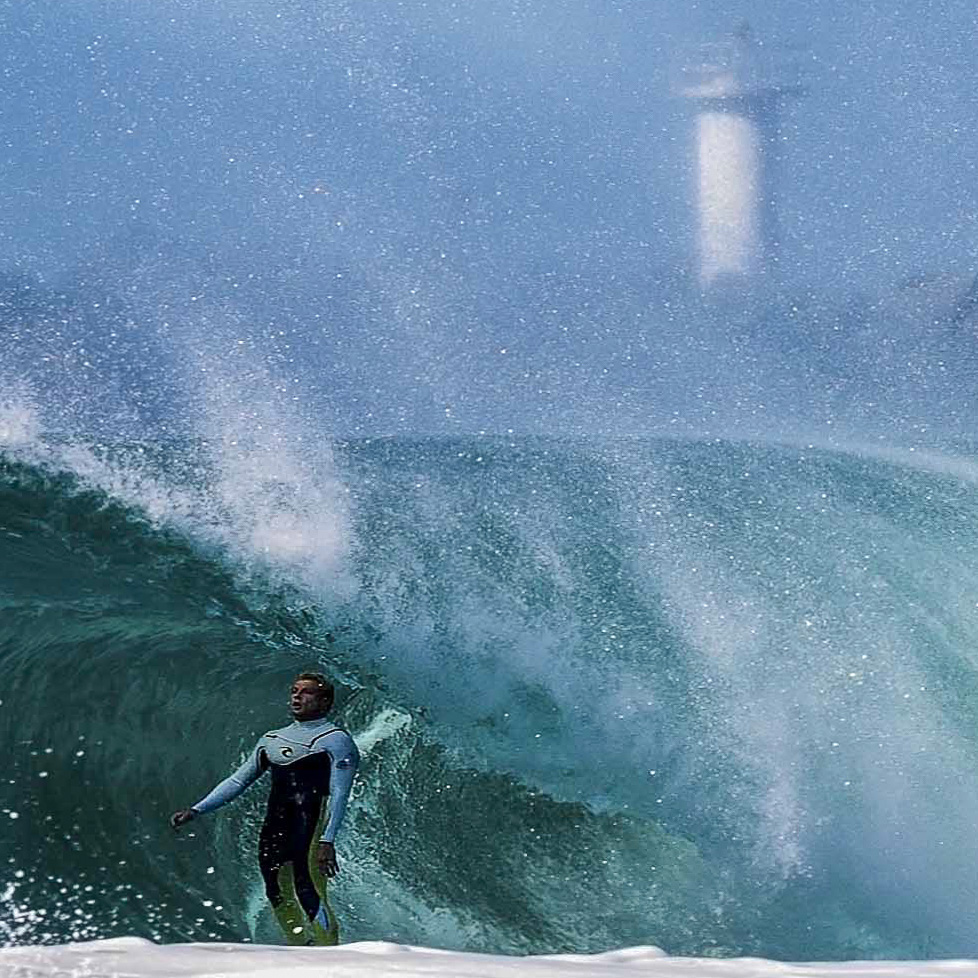 Take Me, Ocean, Make Me Whole
Into The Maelstrom
Richard Sherman Is being himself
Tate Britain unveils BP-branded British Art rehang
The War on . . . Scarcity

Into The Maelstrom
Richard Sherman Is being himself
Tate Britain unveils BP-branded British Art rehang
The War on . . . Scarcity
Why We Stay in Unhappy Relationships