Category
Politics & Power
Travel & Transportation
Economics & Economies
Cuba & 'Apertura': A Careful Approach to Openness
by James Cullingham
Published: Apr 02, 2015
Standfirst
A country in the midst of profound yet cautiously administered incremental change weighs the risks of inviting the neighbours back again. Our roving Canadian correspondent shares his observations of how things are now in Cuba — in advance of receiving US vacationers and commerce.
Body

SANTIAGO, CUBA — In 1961 the USA sponsored an invasion of the island by anti-Castro mercenaries at el Bahía de Cochinos (Bay of Pigs) that failed to topple the revolution. A year later the two countries almost precipitated an atomic war over Soviet missiles on the island. Now the two are finally speaking civilly again.

Late last year presidents Raúl Castro of Cuba and Barack Obama of the United States formerly announced a thawing of relations that had been frozen for over half a century. The countries restored diplomatic relations which were broken off following the Cuban revolution of 1959.

The leaders agreed to a relaxation of travel restrictions between the countries, an increase in money flowing between Cuban-American families, and a relaxation in strictures on American tourism and cultural exchanges. The American economic embargo on trade in place since 1960 has yet to be lifted, and anti-Castro Cuban Americans and the Republicans who control congress vow that will not happen any time soon.

I searched Santiago in vain for a recent copy of the leading national newspapers.

However, there is no discounting the sea change that the announcement heralds. Under Raúl Castro’s leadership, Cuba is a country in the midst of profound yet cautiously administered incremental change.

In March I visited the provinces of Holguín and Santiago de Cuba, in the eastern part of the country. In the past 25 years I’ve been to various parts of the island about 10 times, and my purpose last month was principally for tourism and relaxation. But I had a camera and an abundant curiosity in how this recent decision was changing things.

Canadians are in an odd situation in Cuba. The American embargo represents one of those occasions — like the Viet Nam war and the George W. Bush led invasion of Iraq — where Canadian and American foreign policy differ starkly. Canada did not join the embargo in 1961, nor any time after. So Canadian hoteliers, miners and tourists partially filled the vacuum created by the American embargo. 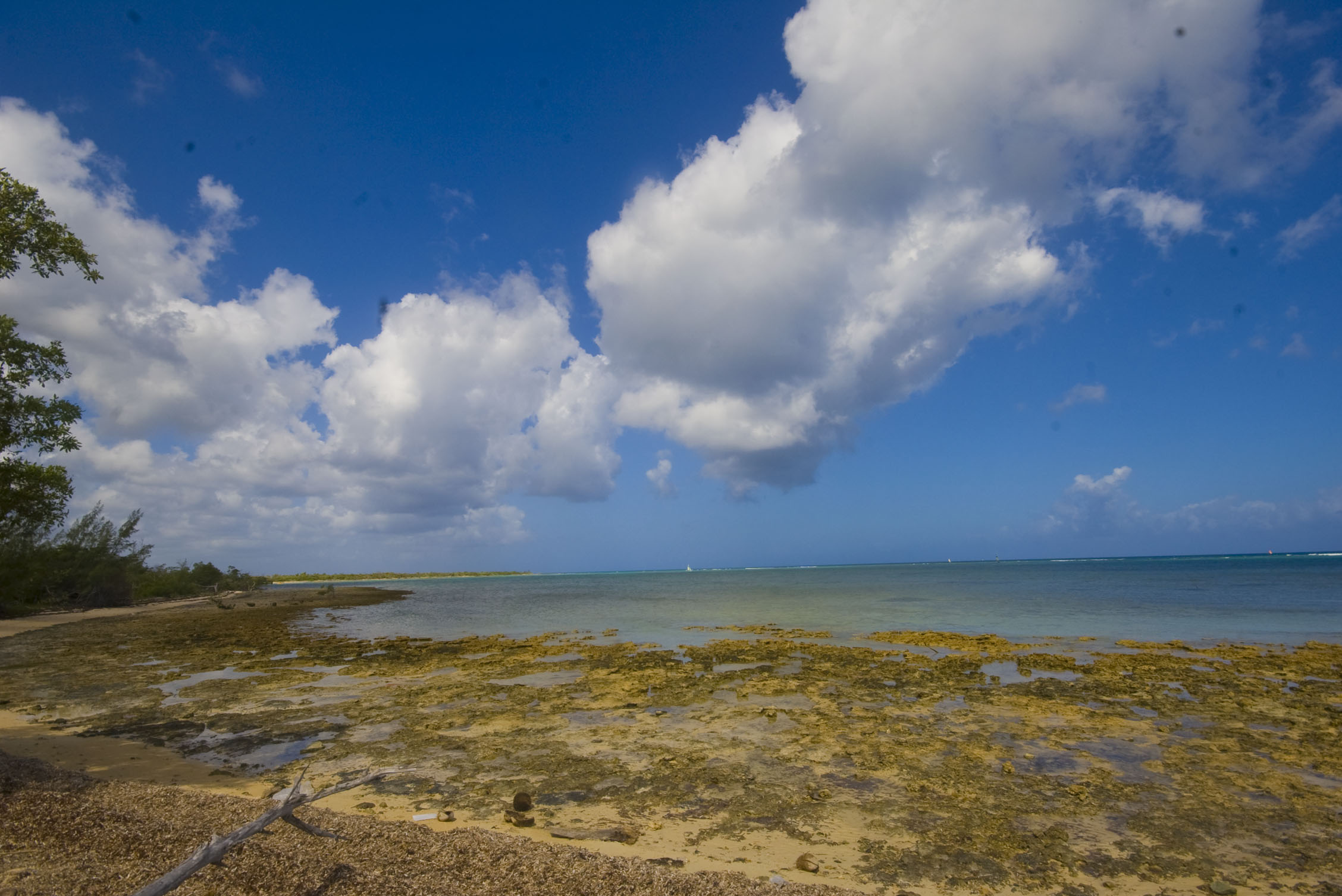 Not a beach from Caribbean tourism brochures, Playa Turquesa in the province of Holguín is something more wild. [Photos by James Cullingham]

On the recent trip I detected almost no uptick in American tourism. Press reports indicate that such is the case in La Habana, the capital city, but outside of a few American visitors in Santiago, most tourists I encountered were Canadian — many from Québec along with some Italians and French citizens.

Cuba, a large natural paradise, is an island more than 1,000 kilometres in length. Its beaches, mountains, forests and agricultural lands are varied and magnificent. The nineteenth-century poet Gertrudis Gómez de Avellaneda of Camaguey called it la perla del mar (the pearl of the sea.) La Avellaneda was not mistaken. The natural beauty is enhanced by 50 years of non-capitalist economic development and an absence of consumer advertising along country roads and public urban space. Billboards and slogans on walls are pretty much limited to political exhortations to support the current agenda of the Cuban communist party — and hark back to legendary rebel leaders Fidel Castro, Ernesto ‘Ché’ Guevara and Camillo Cienfuegos. Perhaps Cuba will find creative ways to safeguard its public spaces from a bombardment of publicity as a more market orientated economy emerges.

Car travel across the verdant expanses of the island has its surprises for a Norte Americano. It’s very common to come across pigs, goats, horses or oxen along the road. Cuban agriculture still relies extensively on draught animals; some might call that 'under development.' Perhaps it’s also something worth preserving to some degree — unless Cuba wants a carbon spewing North American style economic take-off. 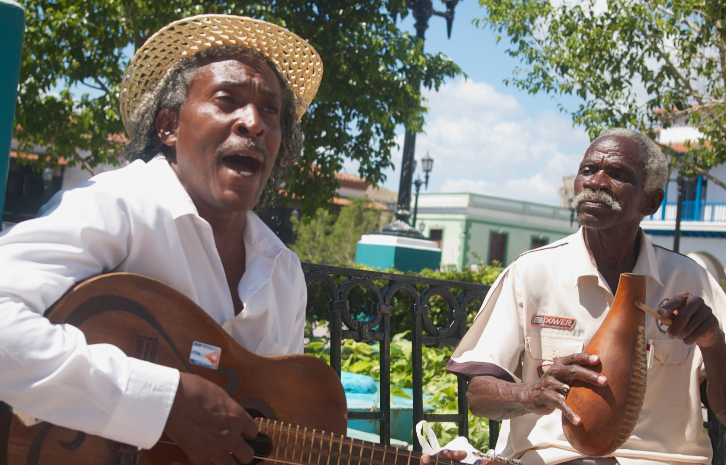 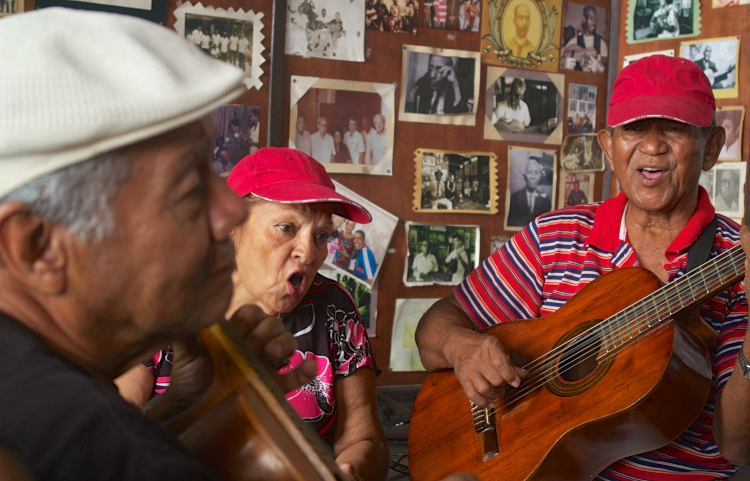 Music making as a sacred and secular act of everyday life — in Parque Céspedes and Casa de la Trova.

The apertura (opening) on offer from the government led by Raúl Castro is most evident in a city like Santiago. There are more privately run restaurants, galleries and small hotels — and more citizens with mobile phones and personal computers along with greater Internet access. Yet strict communist limits are still in place. From my observation, the daily press has not become more widely available. I searched Santiago in vain for a recent copy of Granma or Juventud Rebelde, the leading national newspapers. On the other hand, Cuban radio and television stations had interesting programming featuring discussions on historical and cultural issues, music performance and béisbol. The state simply does not allow freedom of expression anywhere near a high global standard. Perhaps Castro and his companions envisage a managed change along Chinese lines – a one party state with more economic freedom, but without unfettered freedom of expression. 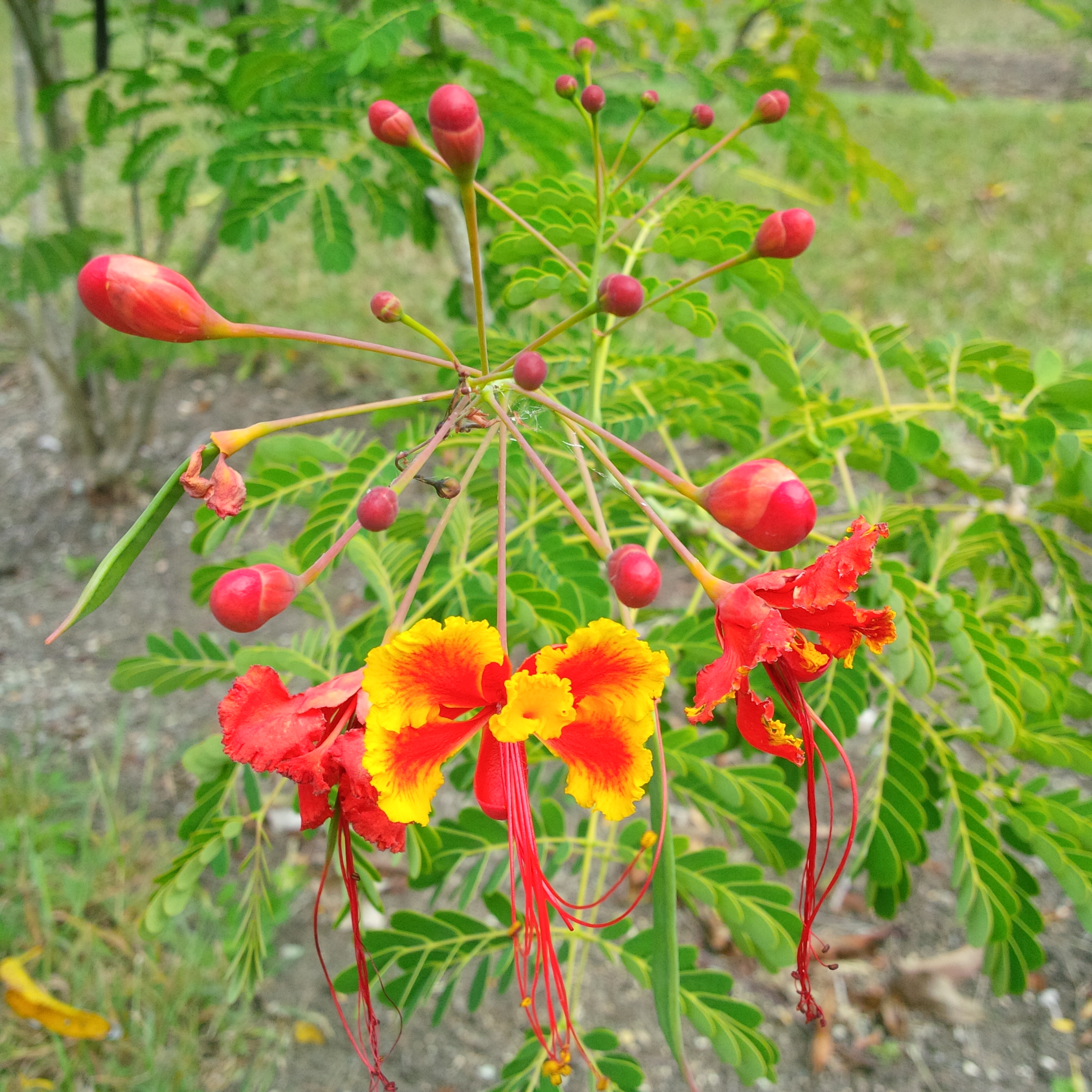 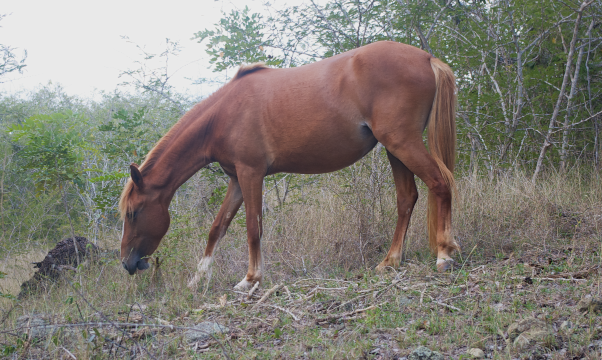 A common sight: pigs, goats, horses or oxen along the road.

Santiago has its charms. The beautiful cathedral, currently under reconstruction, overlooks handsome Parque Céspedes where Fidel Castro proclaimed the victory of the revolution in 1959. A house built between 1516-30 for Spanish colonial governor Diego Velázquez still stands along one side of Parque Céspedes. Velázquez governed the island when Hernán Cortés planned his invasion to México from Cuba.

Around the corner one can wander into the famous la Casa de la Trova, a small music club where one can hear traditional son and other musical styles played with the depth of expertise we have come to expect from the Cuban music scene in recent years.

The revolution prides itself on maintaining the island’s appealing culture. The education system is designed to emphasize the promulgation of Cuban culture. 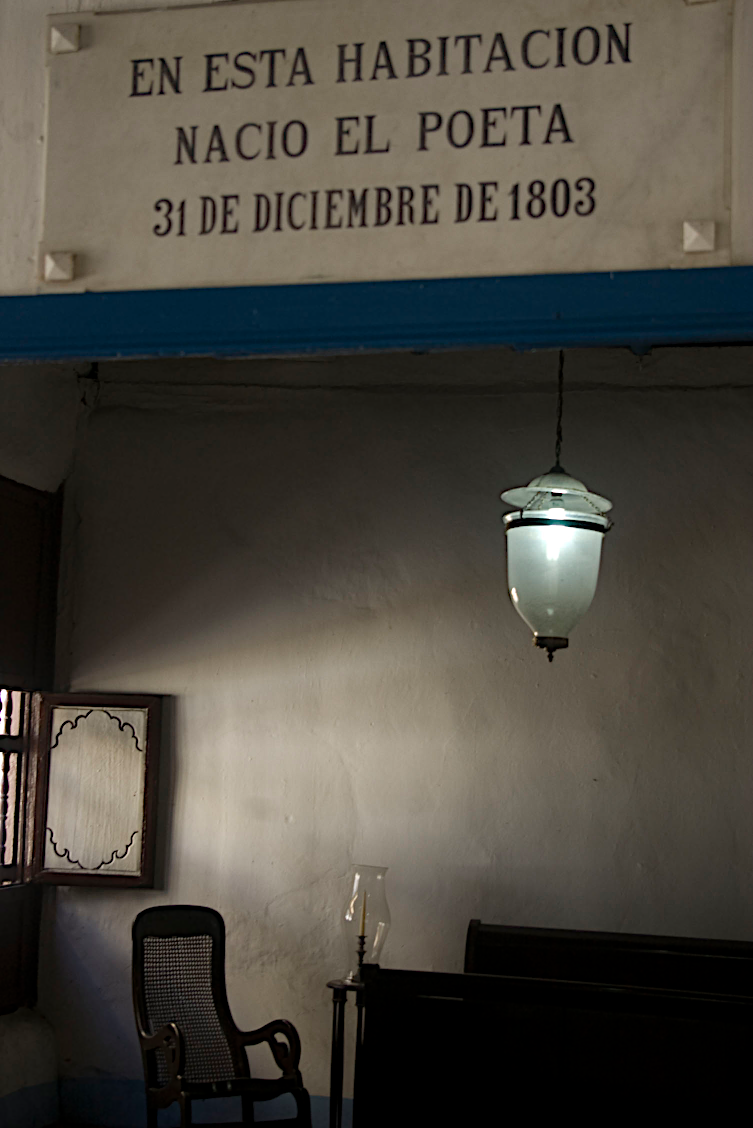 In the birthplace and museum of a national hero.

Santiago is also the birthplace of poet José María Heredia. The house where he was born is along the street that bears his name. Inside, a knowledgeable guide speaks with passion about Heredia, a writer and activist, who died 125 years prior to the revolution.

Verses of Heredia’s most famous poem Niágara appear on a plaque overlooking the street by the front door. Cuban revolutionary nationalists — from José Martí to the barbudos of the 1950s — consider Heredia’s words a primordial expression of anti-colonial Cuban identity. The poem expresses the longing for his birthplace felt by the exiled poet as he gazed at Niagara Falls in 1825. It’s a longing that might also be felt currently by anti-revolutionary Cuban Americans in places like Florida or New York City. (Original verse in Spanish below.)

A cloudy whirlwind fills the gulf, and heaves

The mighty pyramid of circling mist

To heaven. The solitary hunter near

Pauses with terror in the forest shades.

What seeks thy restless eye? Why are not here,

About the jaws of this abyss the palms

Ah, the delicious palms-that on the plains

of my own native Cuba spring and spread

Their thickly foliaged summits to the sun,

And, in the breathings of the ocean air, 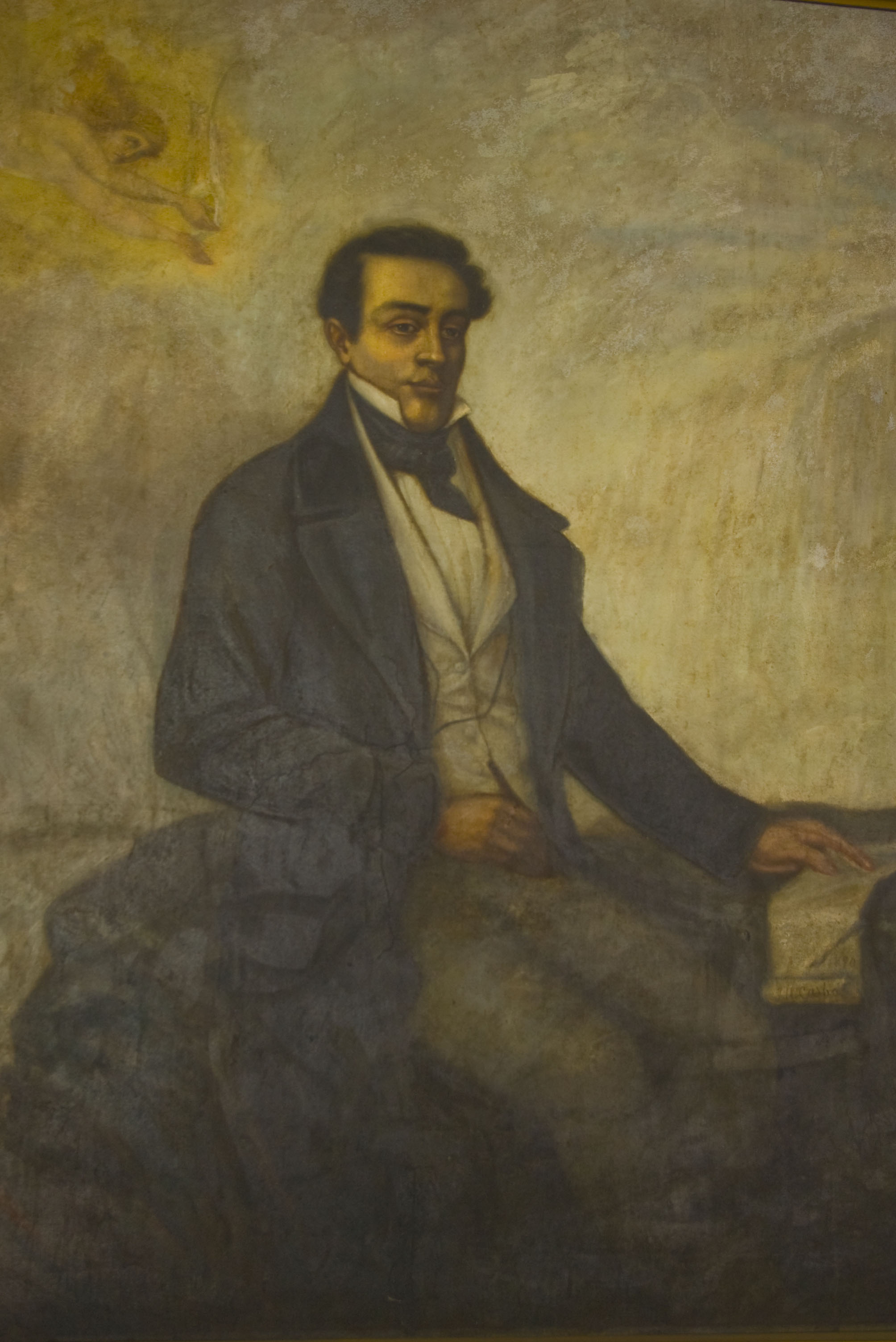 A final unpleasant note for the folks here in the colonies: English Canadian tourists in Cuba seem content to speak nothing but English and expect others will understand them. That’s just one aspect of the ‘ugly Canadian’ factor. I heard a young man stand at a bar and demand ‘a normal beer.’ Garish, mismatched clothing that reveals rather too much often puffy Canadian flesh is common. Worse still are the slogans on tee-shirts and hats. One young woman sported a ball cap that proclaimed, “I’m here to fuck so shit up.” Really? Another exponent of Canadian female confidence had a hat that stated simply, “CANADA FUCK YEAH.”

American tourists who do make it to Cuba have already met their match in vulgarity. 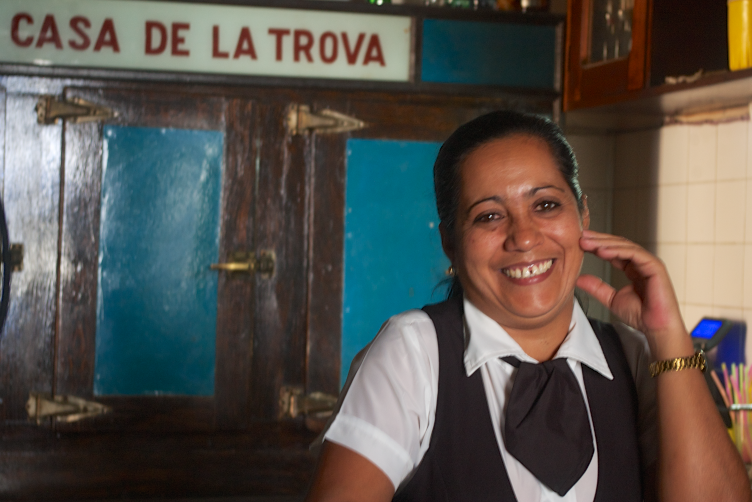 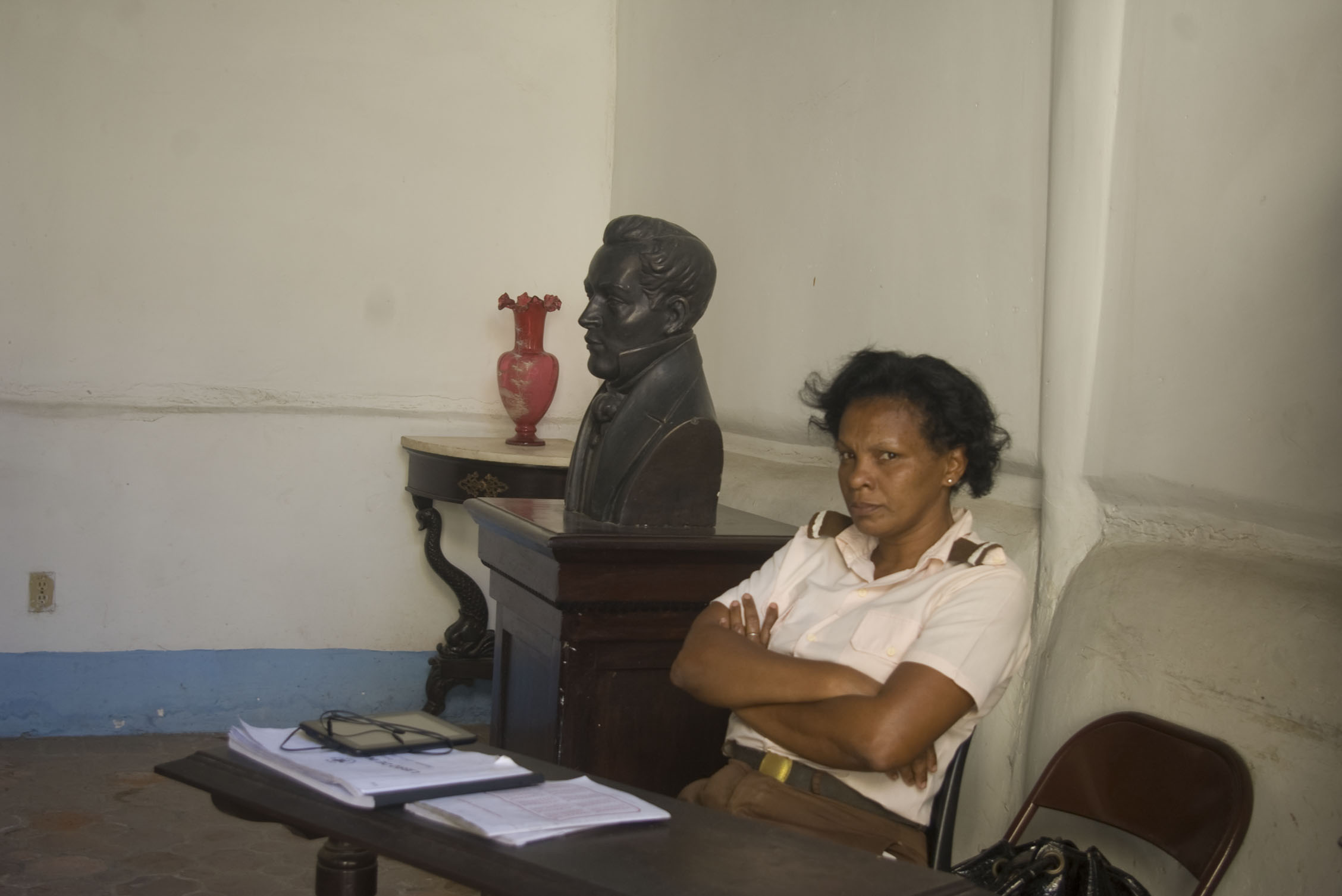 A bartender at the popular music venue and a security guard at Heredia's birthplace reflect the range of emotions at play in Cuba today.

JAMES CULLINGHAM is a Professor of Journalism at Seneca College and a documentary filmmaker with Tamarack Productions in Toronto. His most recent film, In Search of Blind Joe Death: The Saga of John Fahey, will have several screenings in Japan this spring and summer.

PHOTOS by the author. 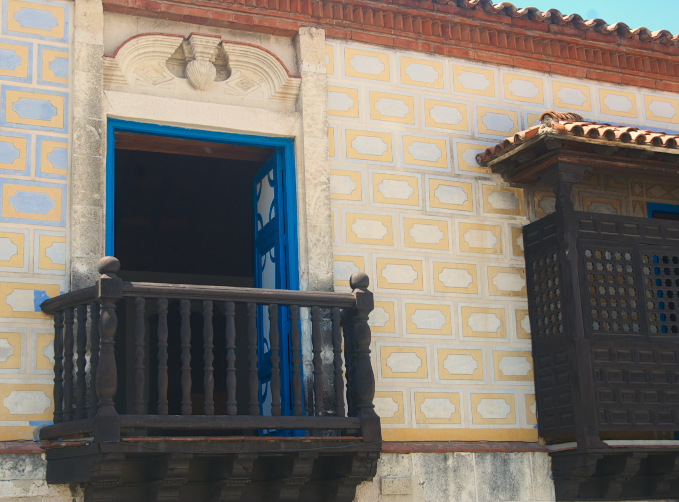 A balcony at Casa Velázquez in Santiago.

The Trudeau Restoration
Litmus Test for Closing the Canadian Mind
Review Essay: 'Age of Fracture' by Daniel Rodgers
Rough Notations in High Speed
Give My Money to the Public Campaign Fund !