Category
Prose, Poetry & Poetics
Intimacy
Sex & Sexualities
'Cupid Stung by Bees'
by Gary Michael Dault
Published: May 28, 2015
Standfirst
This flash play, derived from a painting by Lucas Cranach the Elder, 'Venus with Cupid Stealing Honey' (1530), is set in a small decorous wilderness — a tidy tempered forest — not far from a small German city. It is a sunny summer afternoon. Venus, naked and serene, is strolling among the trees, accompanied by a plump cupid who floats around her like a pink balloon.
Body

CUPID (hovering in the still air, suddenly alert):  What is that buzzing?

CUPID (giggling):  And where there are bees, there may be honey!

VENUS:  Yes, perhaps. Whatever that is.

CUPID (eagerly, boyishly):  The bees make it. Would you like to try some honey, Goddess?

VENUS (almost alarmed):  Me? Well, I don’t know. I don’t remember it. It’s something to eat, is that right?

CUPID (even more eager):  I’ll be right back. [He flies up into the buzzing tree] 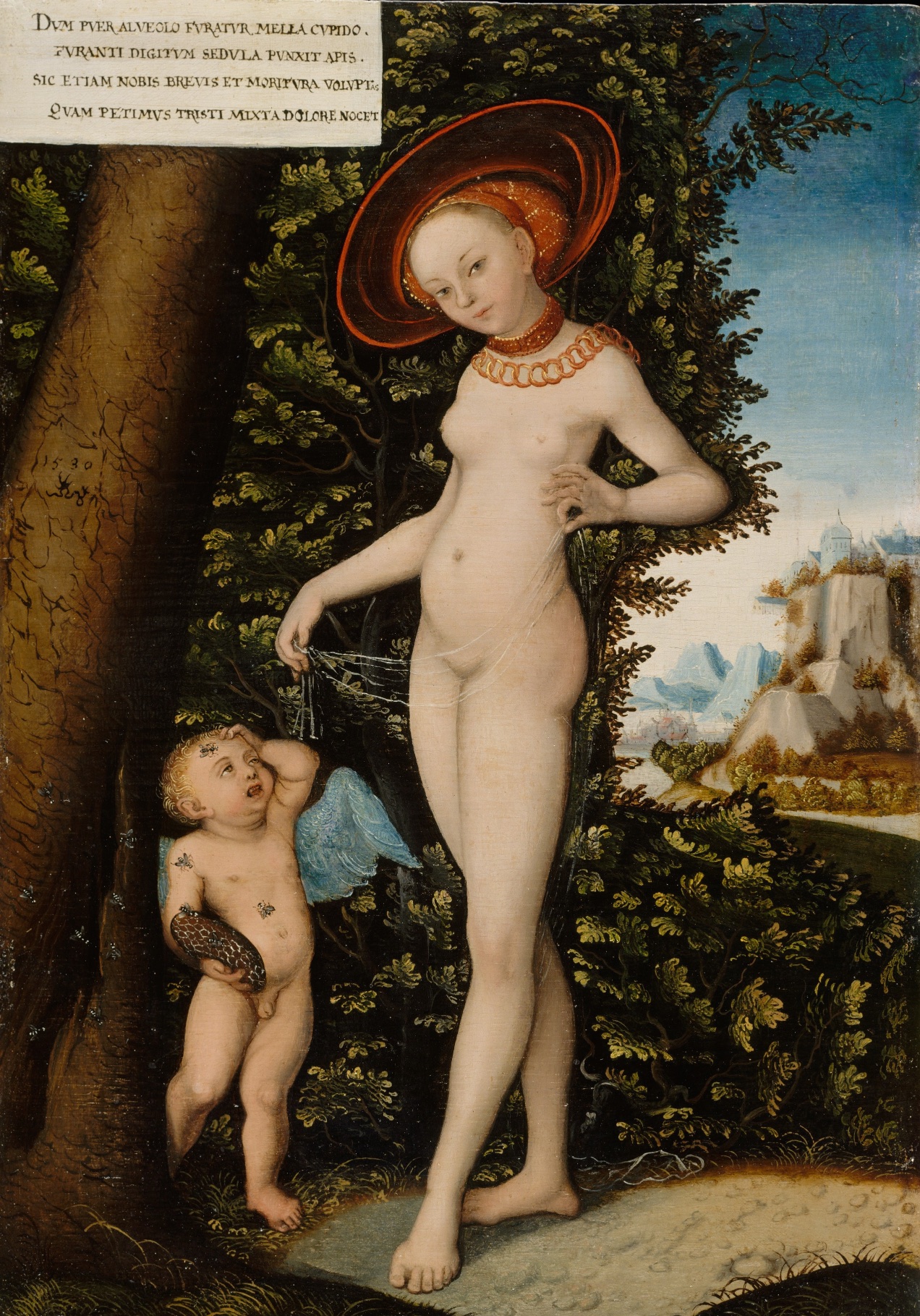 VENUS (languidly alarmed):  Are you alright, Little One?

[Cupid returns, holding a chunk of honeycomb in one plump hand. He is covered with bee stings. A few angry bees cling to him still.]

CUPID (breathless, trembling from his ordeal, holds out the honeycomb for Venus to see):  Look, Goddess. This is Honey!

VENUS (dejected): And look at yourself! You’re covered with stings.

CUPID (happy to have demonstrated his valour):  It was worth it!

VENUS (dubious):  I’m not at all certain it was. The bees have spoiled your perfect, infantile beauty.

CUPID (gaily):  Have some honey. I got it just for you.

VENUS (gingerly dipping he finger into the honeycomb and cautiously tasting the worrisome honey):  Mmmmm . . .

CUPID (proudly, as if he’d made the honey himself):  You like it?

VENUS (smiling): It’s as delicate and gentle as a rainbow.

VENUS (smiling happily):  Of the Goddess, rather.  It’s much too fine for all those boisterous, rough-hewn gods!

VENUS (delighted):  Yes. Just for us. Beautiful Venus Honey — just for the two of us! 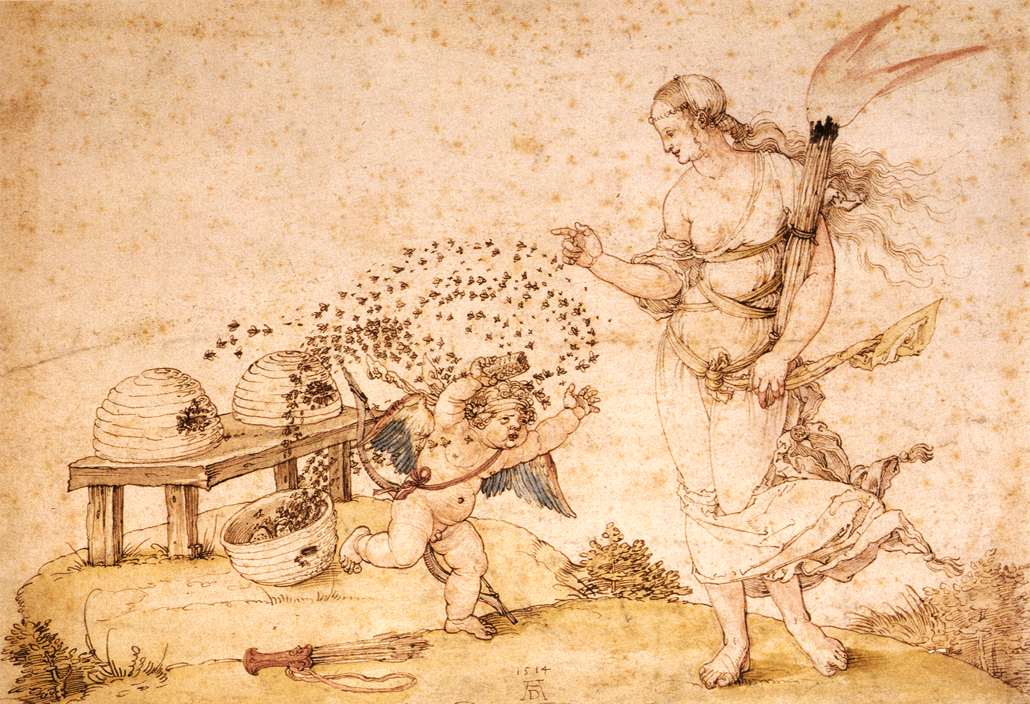 GARY MICHAEL DAULT is a critic, writer, painter, teacher and blogger who has left the city to live in a small town on the Lake Ontario between Toronto and Montreal.

'Cupid Stung by Bees'
Joints + Love and Death on St. Marks Avenue
Closet, Gravel Riding, Mouse & Cat Balls, Boyfriend
Passing on the Left
'Be Careful What You Wish For,' plus some . . .

Joints + Love and Death on St. Marks Avenue
Closet, Gravel Riding, Mouse & Cat Balls, Boyfriend
'Be Careful What You Wish For,' plus some . . .
Passing on the Left
The Self as Cipher: Salman Toor’s Narrative Paintings