Category
Clothing
Sport & Recreation
Movements & Communities
Guardians of the Orb Go Fashion Riding
by Sophie Kromholz
Published: Jan 27, 2018
Standfirst
She has the gift of the garb, our jazzy Glasgow correspondent. The annual Harris Tweed Ride is right up her street.
Body 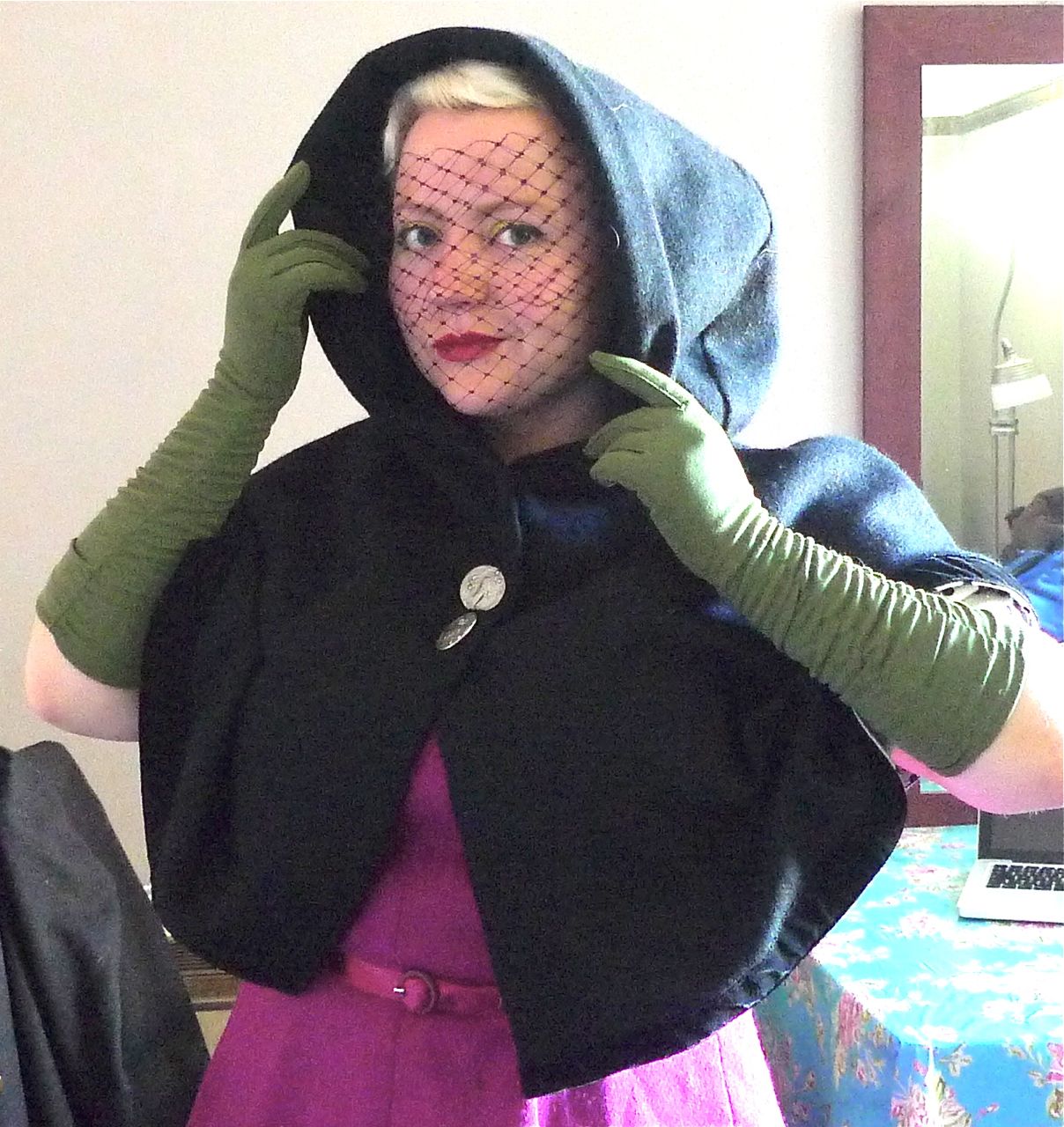 The author readies herself for the demands of the sartorial motion display.

GLASGOW, SCOTLAND — I grew up in The Netherlands and have lived in a few different places by now (all with equally dreary weather), but none have felt as much like home as Scotland. Glasgow is unabashedly the city of my heart, my love story. There is always something new to see or learn here, and the annual Harris Tweed Ride is a good way to find new nooks and hooks.

The Harris Tweed Ride is a full day affair that involves approximately a 100 cyclists in Harris Tweed traversing the city’s history, making stops at traditional and newer sights. It is road trip made with gusto that explores the riders’ connections to the city and the cloth. This is not an athletic ride as much a snappy sartorial strut, a remix of interpretations of craft and tradition. Travel for me has always been primarily about exploration, but also about finding people and pockets of resonance, and forming connections, and the Ride offers plenty of that.

But first, why Harris Tweed, and why the need for it? 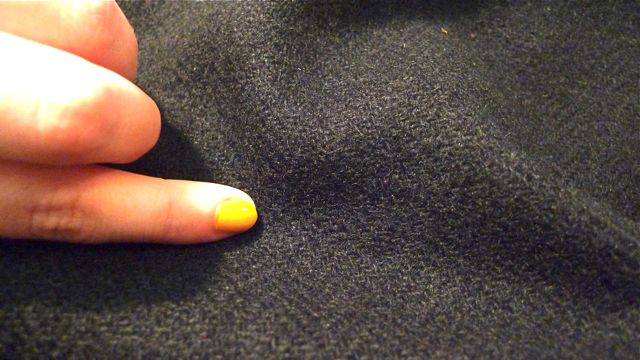 The seduction of globalisation seems to be passing and a need to preserve national and local skills is returning. Harris Tweed, protected by the aptly named Guardians of the Orb, remains true to its history and legacy; the exacting process and resulting quality have earned it the moniker: the champagne of fabrics. As an artisanal product which has been recognized for over a century, it is currently manufactured according to historical methods and woven in the homes of islanders in the Outer Hebrides of Scotland from pure virgin wool. The whole process from shearing, washing and dying, blending and caring, spinning, warping, weaving and finishing and stamping takes place on the islands. There is no outsourcing. The Ride is a one way of celebrating a particular Scottish craft and breathing new life into it.

Getting ready for the ride involves sourcing an appropriate outfit, so I ordered the cloth straight from the mills in a revamped shade of fuchsia – everybody likes a bit of technicolor tweed, right? I found a 50s dress pattern with a sweetheart neckline and a bellowing skirt that would make itself known on the dance floor whilst also keeping my legs clear while cycling. I paired it with a black herringbone patterned capelette with a hood, to cloak me from the inevitable rain and pewter buttons with bird-like border illustrations from a Slavic fairy tale book. Also, moss green gloves, polkadot seamed tights (to echo the lining of my hood) and brilliant floral silk peep toes (like a pop art, surrealist still life hybrid). Crowning my head was a black Merry Widow veil (har har) with a big heart fascinator in the back, punctured by an arrow. I was suited and booted according to my riot grrrl meets fairy godmother aesthetic — and ready to hit the road!

As for my ride, being a good Dutch girl I cycle regularly. My bicycle is a bit of a Mary Poppins affair with some additional tack (reflective love heart stickers —safety is sexy!) and heavily patterned kitsch Mexican panniers. Form, thus somewhat whimsically, following function.

Equally important to sorting transport and suitable wear is, as suggested by Hemingway, one’s company: One must “never go on trips with anyone you do not love.” So I ask along one of my favourite people, my friend, the dapper Jim “Cowboy” Sharp. He will bring style and a joy of cycling, and hopefully indulge me in a jive or two, if the music suits.

A gold dusted brownie in my right hand and a coffee in the left. All is well.

On the day itself the sky is clear and the sun is streaming down; I realize that I will invariably ditch the cloak. I cycle down my hill and continue on my merry way when a sudden shrill pop fills the air. I have punctured my tire. I stop and look back, just as The Cowboy comes rolling up, giving me the friendliest of waves, that is until he sees my very flat tire. With an hour to go before the ride we need to track a place that can fix my tire… and it is Sunday morning.

So much for having breakfast. After putting on our thinking caps we end up at the Siempre Bicycle Café, run by legends that help me out straight away. It seems that I have not just lost my back tire, but also killed my gears. There isn’t enough time to sort the gears, so I will have to cycle something fierce, but they fix my tire promptly and off we go to the Blytheswood Hotel to meet our fellow riders. 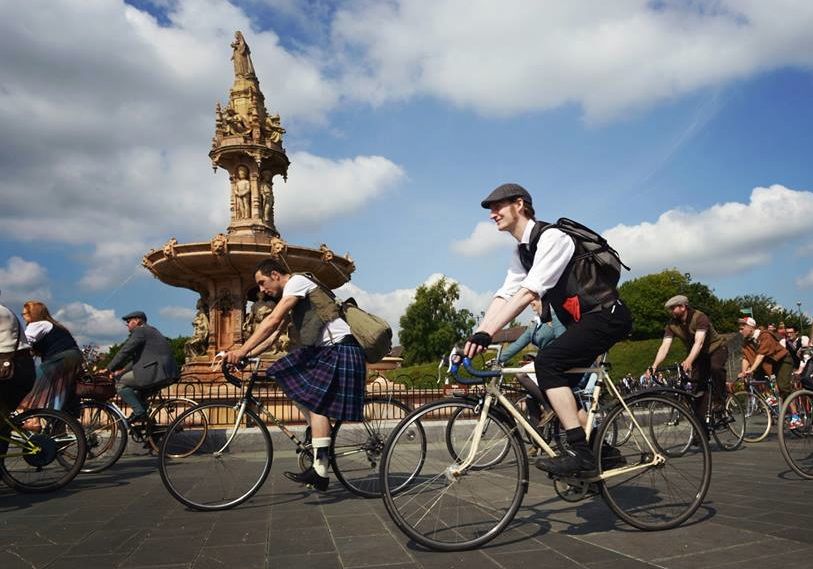 We lock up our bikes in the mote and head inside following the wafts of freshly brewed coffee by Glasgow’s very own Dear Green, some loose leaf tea for those more herbally inclined, and crystal plates stacked high with confectionary. It’s like a Highland take on Sofia Coppola’s Marie-Antoinette, but with Harris Tweed. Slowly the riders trickle in and we mingle and chat — energy humming like a beehive. I have a gold dusted brownie in my right hand and a coffee in the left. All is well.

Once everyone arrives registration is sorted, bottles of Hendrick’s Cucozade (“a curiously cunning concoction engineered to revive weary legs and lift languishing spirits”) are handed out to keep the riders going strong.

I grew up with a lot of taxidermy and obscure items, but aesthetics were what unified us as a household, and craft was understood as exciting.

Highlights along the Ride are Brewery West, in the beautiful former carpet factory, for a cold beer which encourages us all to go for a spin around the fountain. Later we endure punch at the Finnieston and oysters at Table 11, for those inclined, and over to Brewdog and the fine Tall Ships where a vintage wind up gramophone awaits us on board. We settle for a little dance and more punch. The musical delights of Mr. B. The Gentleman Rhymer and his banjolele greet us at the Hillhead Bookclub. Everybody rests up a little before we return to Blytheswood, where there is a final turn around the square before retiring back into the hotel for further refreshments and banter. The gramophone is put to use once again and The Cowboy and I cut a rug. Raffle tickets are disseminated, proceedings going to the Linda Norgrove Foundation, and The Cowboy wins a grand tweed messenger by Glasgow’s very own Trakke boys (these boys create things of beauty and strength); I make it into the round up for best dressed lady. Some final tunes are played before the crowd starts to teeter out.

Friends have at times snubbed their noses at the idea of tweed, thinking it is both elitist and out-dated. However, artists and companies in Scotland and abroad are rediscovering the cloth of the orb and finding ways to make the material current. There are new patterns and colours (like my favoured technicolours) which are taking tweed into new places and helping explore its range and suitability. 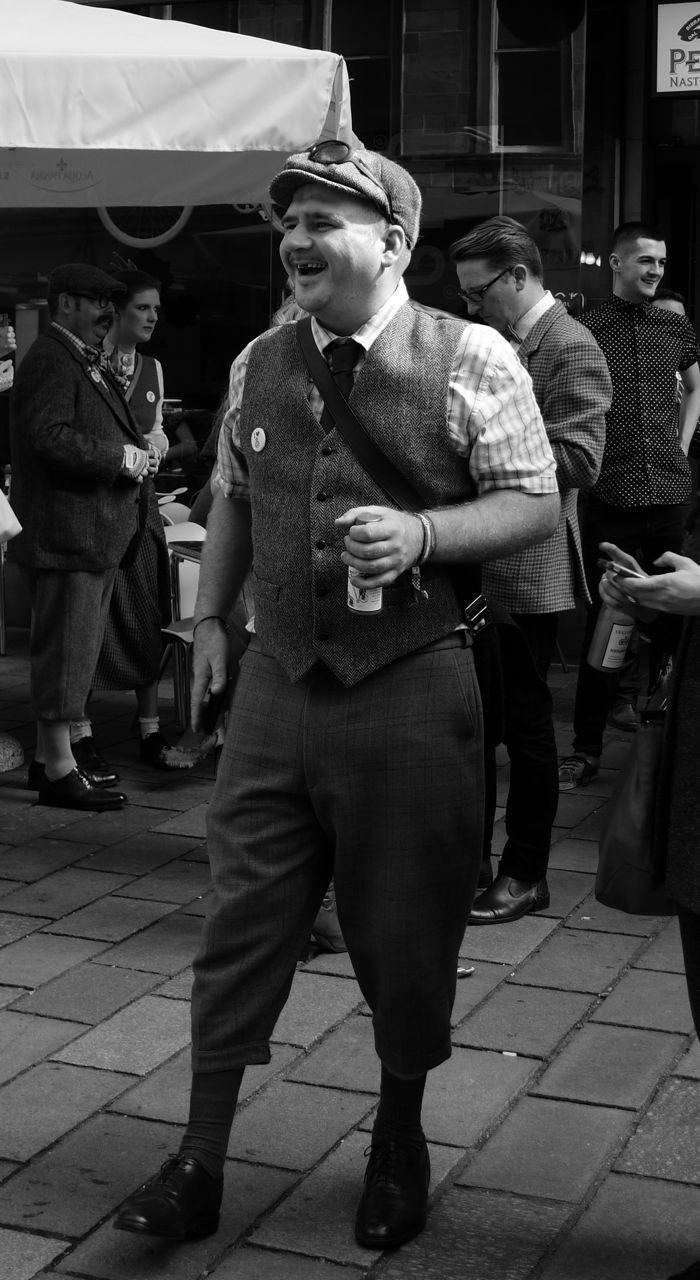 I am no posh kid. I grew up in a fairly eccentric household with a lot of taxidermy and obscure items, but aesthetics were what unified us as a household, and craft was understood as exciting. Attractive things simply work better and nourish the soul.

Most of the clothes I own are fairly disposable. The nicer items are vintage or formerly my mother’s. Most contemporary things are simply not constructed for longevity. My Harris Tweed, however, is durable. I will enjoy it for years to come and eventually be able to pass it on to new eager hands. Buying into craft is love.

As I rode through the city stopping here and there, laughing with old friends and new friends, I felt the wind in my face and was swept up in the day’s momentum. I realized that tweed is not only the past, but also holds a place in the future.

And, that Harris Tweed is unabashedly sexy. ≈©

SOME OFF THE CUFF LINKS

• And indeed, lest we forget: http://www.harristweedandknitwear.co.uk 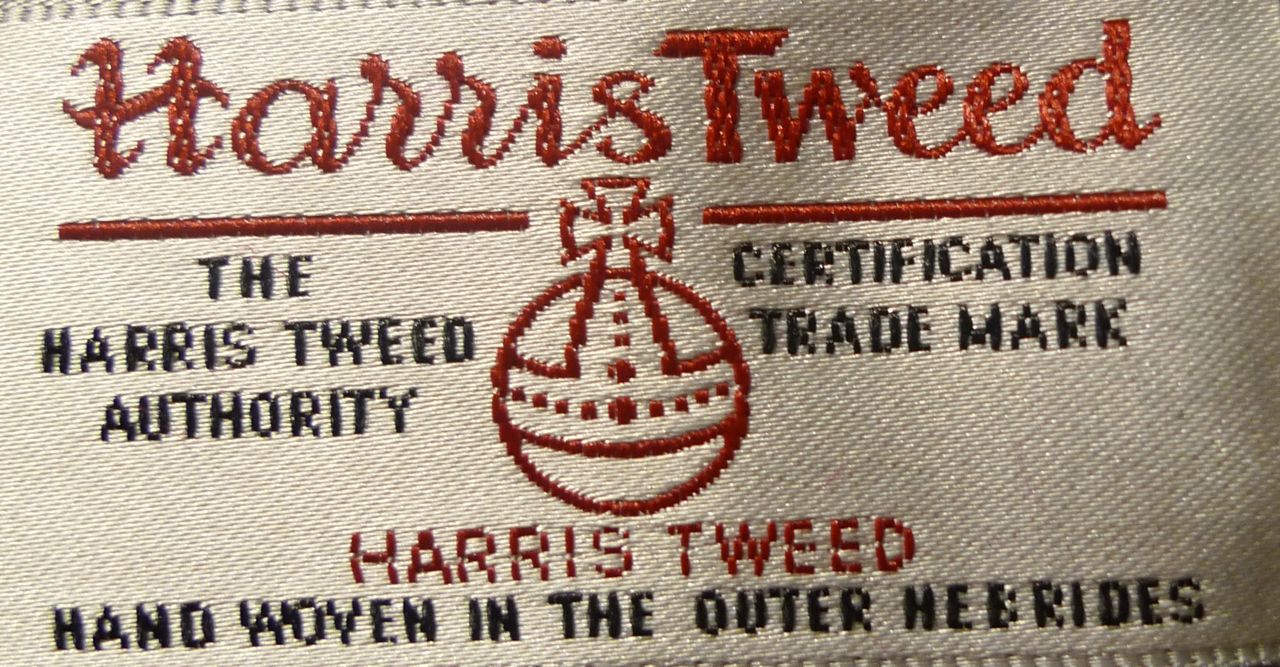 SOPHIE C. KROMHOLZ is an art historian who specialises in ephemeral art practices; in essence, if it decays, wilts, melts, is set on fire or eaten by the audience, you have her attention. 'Has critical ideas, will travel.' She currently finds herself working in the same line of work as Franz Kafka and Charles Ives: insurance. Born in New York, Sophie grew up in the Netherlands and now lives "once again in the city of my heart, Glasgow".

Just returned from the beautiful western Scotland, near Arisaig; should have know to look for a Harris Tweed jacket! Wonderful article.