On Highway 61: Music, Race, and the Evolution of Cultural Freedom

Category
Music
Anthropology & Social Sciences
Movements & Communities
On Highway 61: Music, Race, and the Evolution of Cultural Freedom
by James Cullingham
Published: Jan 28, 2017
Standfirst
There are a few books that make real sense about the origins of American popular music in the last century, and how that wild garden of culture exploded into our pleasure and inspiration via some graced humans. Gunther Schuller's 'Early Jazz' is one, Greil Marcus' 'Mystery Train' another, and the analysis of the blues within Keith Richard's 'Life.' 'On Highway 61' deserves to be on that shelf.
Body

Miles Davis and Gil Evans collaborated on some of the trumpet players greatest recordings. 1

On Highway 61: Music, Race, and the Evolution of Cultural Freedom
by Dennis McNally
Counterpoint Press, October 2014

“I decided to go back to graduate school. Except this time I was running the program.” Dennis McNally chuckles as I peer at his image beamed by Skype from his San Francisco home. McNally is recalling the key creative decision he made following the release of A Long Strange Trip, his book about The Grateful Dead.

Twenty years earlier, McNally, a doctorate holding historian, had sent Jerry Garcia, the Dead’s legendary guitarist, vocalist and composer, his first book Desolate Angel: Jack Kerouac, the Beats and America. Garcia was impressed and developed a friendship with the man he called ‘McScribe,’ eventually inviting him to undertake the 'inside' history of The Dead, while working as the band’s publicist. 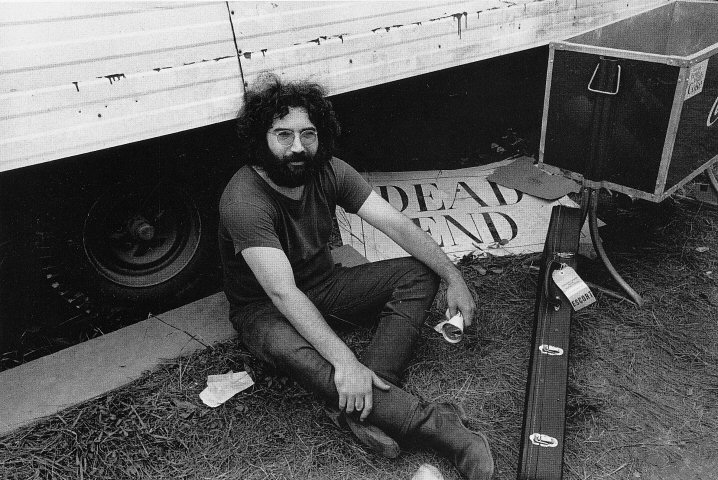 Jerry Garcia, on the grass, on the road. 2

On Highway 61 is thus the third in a series of books that McNally regards as 'terribly connected.' In my interview with him he explained that through the Kerouac book he began with his own “fundamental questions about American hegemony – the notion that capitalism is great and it’s supposed to be run by white male Christians. My question is ‘Why?’ All three books look at the socially disaffected. After a long strange trip, I had written a two volume study of American bohemia. I knew from my days with The Grateful Dead that the greatest risk of post-partum depression was right after a tour. I decided to start something else immediately. The next question, “What are the deepest roots of the 1960s?’ There are many threads, but the deepest one is in the relationship between white people and black music.”

Like Dylan, many American artists have followed that twin path of highway and great river.

At that stage, McNally began the seven year process of researching and writing that led to On Highway 61. He recounts that his ‘ah-ha!’ moment for the book came when reading a passage in Bob Dylan’s autobiographical book Chronicles in which Dylan mentions the twin influences of the ‘blues highway’ and the great Mississippi on his life and art. The Mississippi begins its course in northern Minnesota, not far from Hibbing, Dylan’s childhood home, a town that Highway 61 runs through. The title of one of Dylan’s most celebrated albums and songs, Highway 61 Revisited, speaks of ‘the river road’ which largely follows the path of the Mississippi to New Orleans. To McNally, the highway and the river became inseparable, and like Dylan, many American artists have followed that same twin path. Miles Davis came from St. Louis, along the Mississippi, and Louis Armstrong grew up in New Orleans, the city where the river reaches the Gulf of Mexico, 4,000 kilometres to the south. 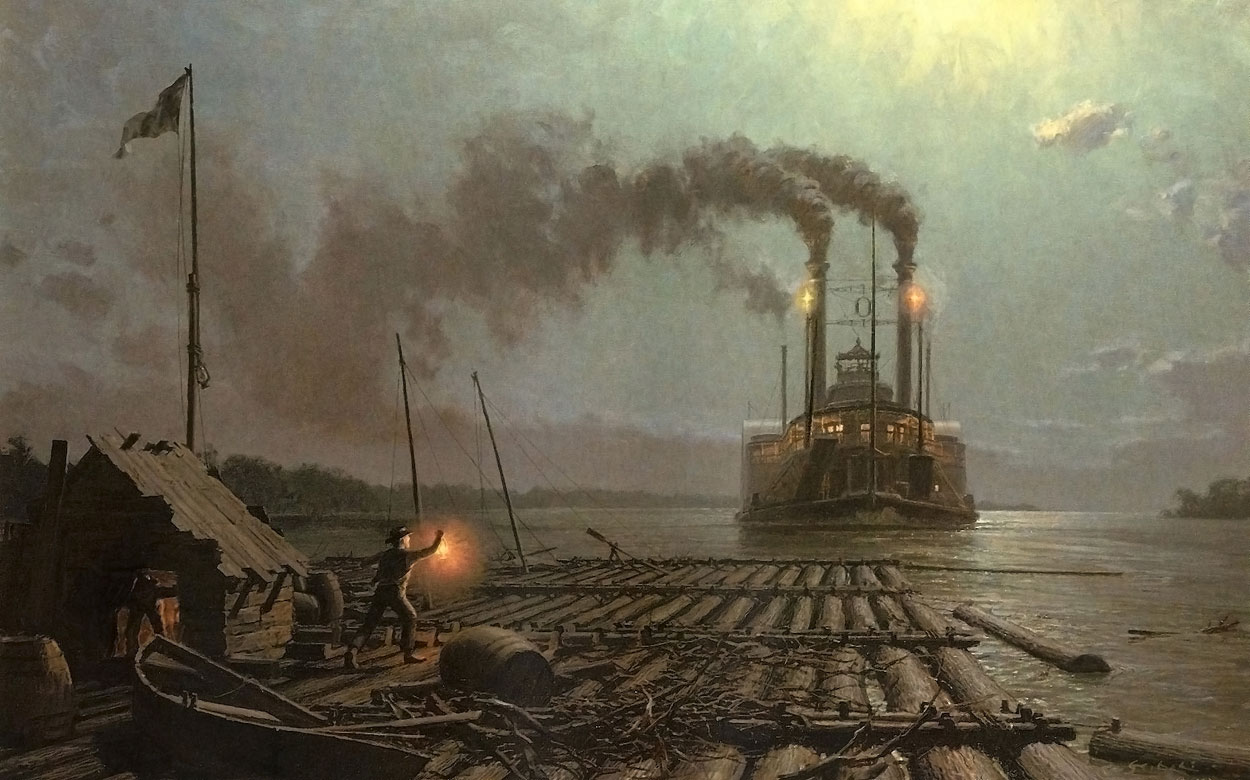 The imaginary potential of a great river shone through Mark Twain's books and continues to be heard in the sound of cultural divisions that flow through American 'folk' music. 'Moonlight Encounter on the Mississippi,' by John Stobart (b. 1929), oil on canvas.

The book is a cultural and historical investigation, not only via those stalwarts, but through luminaries such as Perry Bradford, Woody Guthrie, Leadbelly, Charlie Patton, Bessie Smith and Mark Twain. With McNally as our absorbing tour guide we’re on a journey that follows the traces from slavery and minstrelsy to Delta Blues, the British Invasion and the American civil rights movement of the 1960s.

Fortunately for us, the author resists stereotypical characterizations of African Americans, ‘primitive music,’ and the origins of blues, folk and jazz, and he takes care (and some joy) in debunking myths. For instance, the Mississippi River Delta is actually downstream of New Orleans, so that the presumed birthplace of the ‘delta’ blues is closer to a large flood plain where the Yazoo River meets the Mississippi, near Vicksburg about 250 kilometres north of New Orleans. He also carefully deflates a number of cherished untruths about the great Robert Johnson — propagated by many blues aficionados and scholars who probably should have known better. He shows that geniuses Louis Armstrong and Miles Davis, rather than betraying the cause (as they were sometimes accused by so-called jazz purists), were thoroughly consistent with their heritage in seeking white musical partners — and money from whites — as they broadened their audience.

Refreshingly, McNally has written women into his American cultural and musical history. The portions of On Highway 61 about foundational female artists like Bradford and Smith are particularly strong. He also displays a keen interest and understanding of the music industry, acknowledging that his association with The Grateful Dead taught him “the mechanics of touring, publicity, management and other aspects of the music business. I could apply that to my understanding of other musicians from the 20s, 30s…”

This sumptuous book is about cultural alchemy and the multicultural, trans-national nature of artistic growth and aspirations of political freedom. McNally’s interdisciplinary approach to cultural history has seldom been applied to the race-bound considerations of what constitutes the ‘folk’ in American culture. “There is no purity,” he says, again and again pointing to examples of musical cross-fertilization. Duke Ellington was schooled in European classical music. Jimmy Rodgers’ yodels came from African American railway workers that he mimicked. The Carter family, considered to be the whitest of white bluegrass artists, emerged from a region where 15% of their neighbours were African Americans and where whites and blacks were more often than not influenced by one another’s music. 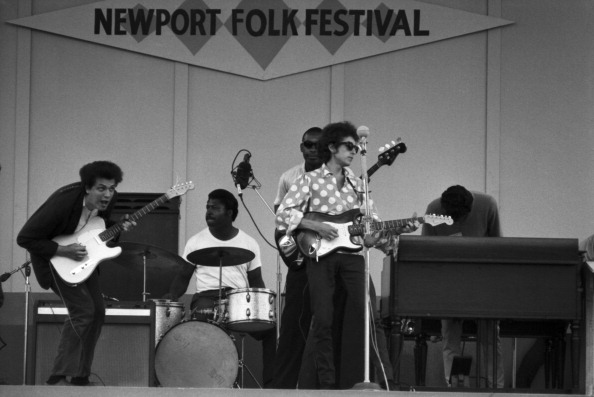 This intelligently assembled book is a vivid American portrait full of contradictions and unlikely but pivotal collaborations. McNally gets to the guts of discrimination faced by a Charlie Patton or a Bessie Smith, but he also shows how many others — including Chicago intellectuals, New Orleans creoles, savvy business people, New York dilettantes, Parisian jazz freaks and spotty British blues mavens — helped preserve and transmit one of America’s greatest gifts to the world: its distinctive music. Cumulatively, and very powerfully, his argument demonstrates that American blues and jazz rose out of slavery and conditions of poverty to transcend race and class in a cultural revolution that swept up many sorts of people in many places.

The final section focuses on how a small town Jewish boy from Minnesota named Bob Zimmerman became Bob Dylan, icon to many, and as McNally shows us, a prophet to some. He also explains how his experience working with The Grateful Dead "really informs the way I see Bob Dylan. I observed musicians under stress.” That stress sometimes affected musical friends Dylan and Jerry Garcia together when Dylan occasionally toured with the Dead.

On Highway 61's emphasis on Dylan is fitting, not only because McNally delves into his obsession with African American music, but also because of the young Dylan’s formative association with the 1960s civil rights movement. The book ends with an explosive coda at the Newport Folk Festival in 1965 when Dylan ‘went electric’ — to the dismay of some folk purists, including the late Pete Seeger, but also to the delight of many in the audience. In his meticulous account of that much mythologized moment, McNally masterfully demonstrates that Dylan, along with his instant biracial backup band, was in lock step that day with the freeing spirit of the Mississippi musical tradition and the revolutionary underpinnings of jazz and blues. 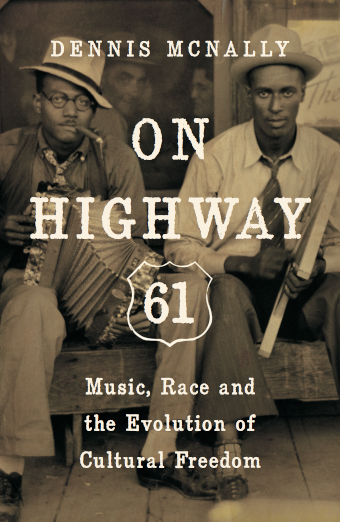 This article first appeared in The Journal of Wild Culture in October 17, 2014.

JAMES CULLINGHAM is a journalism professor at Seneca College in Toronto, and documentary film maker; his most recent film is 'In Search of Blind Joe Death: The Saga of John Fahey.' James recently received his doctoral degree in history from York University, Toronto, with a thesis entitled 'Scars of Empire: A Juxtaposition of Duncan Campbell Scott and Jacques Soustelle.' Parts of this review article were originally published in The Toronto Star.

On Highway 61: Music, Race, and the Evolution of Cultural Freedom
The Protest Legacy of African American Spirituals, Part 2
Isaiah Berlin on 'The Russian Preoccupation with Historicism'
Bear: The Life and Times of Augustus Owsley Stanley III
The Original Aim of Mother's Day

The Protest Legacy of African American Spirituals, Part 2
Isaiah Berlin on 'The Russian Preoccupation with Historicism'
The Coronation
Rewriting history to justify current actions
Ten Songs That Made a Difference