Managing Climate Risk, or Not

Category
Business & Corporate Culture
Politics & Power
Weather & Climate
Managing Climate Risk, or Not
by Nathan Thomas
Published: Nov 19, 2016
Standfirst
The financial sector is changing the way it talks about climate change. Is it ready to face up to the risks posed by shifts in the environment? Nathan Thomas explores the meaning behind the rhetoric.
Body

BIRMINGHAM, ENGLAND — In the run-up to the United Nations COP21 meeting on climate change in Paris in late 2015, a number of reports were published by major global banks and financial institutions highlighting the economic necessity of bold action on climate change, and urging investors to play their part in rising to the challenge of limiting global warming, as far as possible. In many cases, the reports were accompanied by the adoption of ‘climate-friendly’ policies, such as limited divestment from coal.

Take this statement from Citi Global Perspectives & Solutions, a “thought-leadership product” of multinational investment banking and financial services corporation Citigroup Inc., as an example of the arguments put forward:

“The incremental costs of following a low carbon path are in context limited and seem affordable, the ‘return’ on that investment is acceptable, and moreover the likely avoided liabilities are enormous. Given that all things being equal, cleaner air has to be preferable to pollution, a very strong “Why would you not?" argument begins to develop.”1

“Goldman Sachs acknowledges the scientific consensus, led by the Intergovernmental Panel on Climate Change, that climate change is a reality and that human activities are responsible for increasing concentrations of greenhouse gases in the earth’s atmosphere… Delaying action on climate change will be costly for our natural environment, to humans and to the economy, and we believe that urgent action by government, business, consumers and civil society is necessary to curb greenhouse gas emissions.”2

What seems to be changing is the language in which these obligations are described.

Major corporations have been acknowledging their social and environmental obligations for many years, in words if not always in actions. There is hardly a multinational business on the planet that doesn’t have a ‘Corporate Responsibility’ department and attendant suite of policies and advocacy documents. What seems to be changing, however, is the language in which these obligations are described. In Citigroup’s first ‘Global Citizenship report’, published back in 2000, the corporation described “environmental stewardship” as being “valuable to our company’s overall performance” in terms of “forg[ing] partnerships with industry, government and interested stakeholders . . . while capitalizing on untapped sustainable development market potential”.3 Environmental responsibility was framed as a savvy diplomatic move, facilitating relations with powerful stakeholders, as well as an opportunity to make a profit. Note how the focus has shifted in the 2015 report: from the power-brokering and profit-making benefits of stewardship to the “enormous liabilities” and “costly” consequences of failing to act. These liabilities are estimated to be in the region of $72 trillion of global GDP if no efforts are made to reduce greenhouse gas emissions over the course of the current century.4

Certainly, the timing of this shift in discourse points to multinational corporations’ desire to be part of the developing global conversation around climate change; the UN meeting in Paris had significant political momentum behind it, and as such, corporations could not afford to be left out of the discussion. The legacy of the 2008 financial crisis has also undoubtedly influenced the more cautious outlook of banks and financial institutions, as well as requiring efforts to rebuild public trust and confidence. The gradual growth in acceptance of anthropogenic (human-caused) climate change as a scientific fact, even in Citigroup’s ‘home’ market of the US, has permitted corporations to be bolder in their language around the issue. 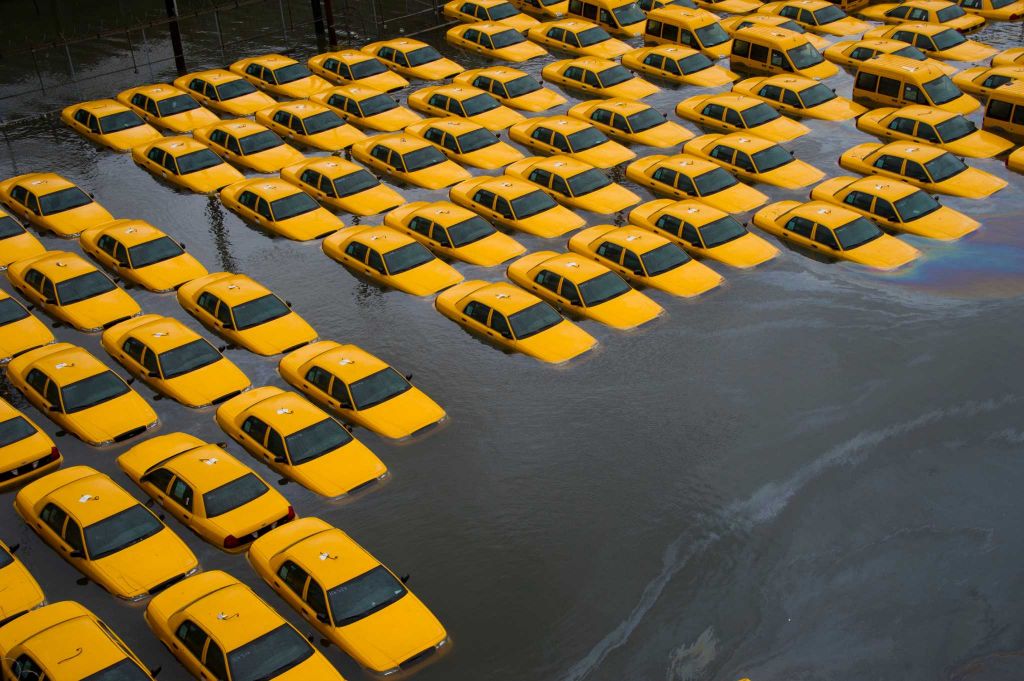 However, the significance of the move from responsibilities to liabilities perhaps signals something more. In the identification of likely liabilities of inaction on climate change — to the extent of giving them an estimated financial value — climate concerns have moved from being a potentially lucrative sideline to the heart of corporations’ business concerns. This is only logical. It’s obvious that a world leaking GDP due to the consequences of a changing climate — consequences such as widespread flooding, drought, increased storm severity, crop failure, ecosystem collapse, and transport network failure — would be a tougher world to do business in than one in which those consequences were avoided. This has direct implications for profitability and shareholder value. Bank of England governor Mark Carney, in a speech to Lloyd’s of London bank in September 2015, declared that “the combination of the weight of scientific evidence and the dynamics of the financial system suggest that, in the fullness of time, climate change will threaten financial resilience and longer-term prosperity.”5

This isn’t just about PR any more. If Carney’s statement is accepted as fact, then climate change becomes a risk to be managed in the same way that market competition, regulatory changes, and currency stability are. The management of climate risk is, or at least should be, a core business activity.

Some corporations have been managing climate risk in respect of their operations for a long time, even as their public rhetoric sought to discredit and confuse the issue. As early as 1989, Shell Oil was redesigning a $3 billion North Sea natural gas platform to account for rising sea levels expected due to climate change. The company later joined the Global Climate Coalition, a lobby group of fossil fuel industry giants dedicated to fighting impending climate change regulations. Another coalition member, Mobil Oil, wrote into the design specifications for exploration and production facilities along the Nova Scotia coast an “estimated rise in water level, due to global warming, of 0.5 meters [by 2017]”. A year later, with the intention of derailing the Kyoto climate change talks scheduled for a few weeks later, Mobil Oil took out an advertisement in the New York Times and the Washington Post declaring that “the science of climate change is too uncertain to mandate a plan of action that could plunge economies into turmoil”. Their efforts succeeded: The United States never ratified the 1997 Kyoto Protocol to reduce greenhouse emissions, which history condemned to failure.6

It’s not much of a stretch to imagine financial institutions offering insurance to solar farms against cloudy days . . .

Corporate policies towards climate change have changed somewhat in the intervening two decades, at least in public statements: from sowing uncertainty and doubt, through opening corporate responsibility departments, to imploring the avoidance of climate liabilities. Climate change as a potential liability has moved from being viewed as a political and regulatory risk, to a reputational risk, to a direct risk to long-term profitability. Hurricane Sandy, which hit the northeastern seaboard of the United States in 2012, was a wake-up call in this regard: some estimates suggest that “as much of 30% of the surge contribution to losses from Superstorm Sandy can be attributable to long-term changes in sea-level”.7 Climate risk is moving from the periphery of concern to the core of multinationals’ activities.

Like most genuine risks, however, the business risk posed by climate change presents both threats to be mitigated and opportunities to be seized. Innovation, new product categories, and new markets are likely to result as corporations think in an increasingly joined-up way about climate risk. As new realities crystallise, it’s not much of a stretch to imagine financial institutions offering insurance to solar farms against cloudy days in order to help reduce the risk posed by flooding to their home and business insurance portfolios — or investing in carbon-free public transport infrastructure in anticipation of the local economic effects of carbon-adjusted petrol prices.

Some may balk at the ethics of corporations profiting from the greatest challenge to humanity’s survival since the last Ice Age. However, without responsible and consistent contributions from the financial sector, it is unlikely that the worst outcomes of rapid anthropogenic climate change can be avoided. It is largely capital investment through the stock market that decides what energy and transport infrastructure is built, what market opportunities are exploited, what technological breakthroughs are developed, and what consumer choices are encouraged. Regulatory change is important, but as the history of UN climate negotiations show, regulators are constrained by the opinions of electorates — opinions that are often inconsistent and poorly informed (or in some cases deliberately misinformed). From the perspective of mustering all available resources and ‘spreading our bets’ on a range of possible solutions, the correlation of responsible climate action with corporate profit is very good news indeed.

There are undoubtedly caveats to the financial sector’s newfound enthusiasm for climate responsibility.  Climate change makes the temptation to prioritise short-term profits over long-term sustainability all the more dangerous, both for individual corporations and for the world.Banks and other financial institutions are increasingly acknowledging the risks posed by climate change, not only to their reputations but to future profits as well — risks to be addressed through the traditional means of portfolio management, product innovation, and wise investments. It remains to be seen how much of this apparent aligning of financial interests with the climate cause is merely rhetoric aimed at improving public image and currying favour with policy-makers. What is clear is that a successful confrontation to climate change will require the resources and competencies of the world’s gatekeepers of capital, and that presents opportunities as well as threats.

NATHAN THOMAS is a writer by night and an operational planning and risk management administrator by day. His writing has appeared in Fluid Radio, No Wave Magazine, and numerous exhibition catalogues, including ‘Portraits and a Dream: Art and Language' (University of Kent Studio Three Gallery, 2011). He also writes about art and aesthetics on his personal website, Afternoon Dust, and lives in Birmingham, England.

Managing Climate Risk, or Not
Rethinking Politics in the New Climatic Regime
Life in Catastrophe’s Path, From the Caribbean to Siberia
100% Wishful Thinking: The Green-Energy Cornucopia
The Green New Deal and 'Accursed Wealth!'