Peak Humanity and How to Avoid It

Category
Globalism
Radical Habitation
Space
Peak Humanity and How to Avoid It
by Herbert Wright
Published: Feb 03, 2016
Standfirst
We're almost at Peak Oil (maximum production), the West may be at Peak Stuff (Ikea says we're maxed out on household goods). But coming up fast is the biggest of all: Peak Humanity. Demographics and environmental degradation suggest the human race will soon be heading towards the Big Exit. We can shrink, or we can take another path . . . and that path is out there.
Body

India is yet to peak, in population and potential . . . thanks to the girls as well as these boys. [Photo by Herbert Wright]

LONDON — We don't hear much about the population explosion any more, even though the world population of 7.4 billion is likely to increase by another 3.8 billion this century, according to the United Nations. In fact, as the US Census Bureau showed, when looking at world population growth, it has been slowing since the 1964. That's due to factors like better education (particularly of women) and urbanisation. China's now-repealed one-child policy has also played a part. Humanity is still multipying, but ever more slowly. Peak Humanity will happen when the world average births per woman falls below the 'replacement level' of about 2.2. The UN predictions suggest Peak Humanity around 2100, but others say it may come sooner. In 2013, Deutsche Bank estimated Peak Humanity will be just 8 billion in 2055.

After Peak Humanity, our population will decline. This is already happening in some countries, including Russia and Japan. Interestingly, Peak Russia population-wise was in 1992, little over a decade after the height of Soviet power, while Peak Japan was a virtual plateau from 2003-2011 — just a generation after Japanese manufacturing and export power looked unchallengable. These countries suggest a relation between peak strength and peak population... but that's another matter. 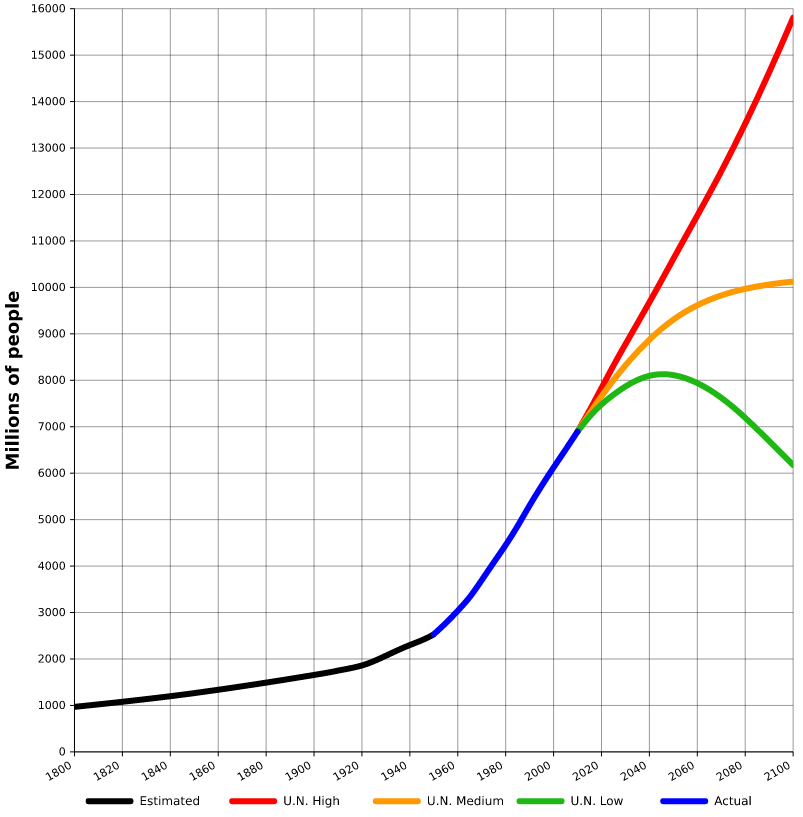 The UN's best (medium) predictions of human population climbs into the orange line (middle one), and rises like

a bell-curve. Graph by Tga.D based on UN predictions 2010, with historical estimates by US Census Bureau.

When species surge, their populations sometimes follow a bell curve down from the peak of the curve. The population rises until there's too many people for the environment to support, then falls back in a mirror image of how it rose. (And subsequently, it may start climbing again in another, smaller wave.) Indeed, it is a very arbitrary assumption, but if humanity's population's first wave continued down a bell curve, there would be as many people 100 years after Peak Humanity as there were 100 years before. By 2200, our population could be 6 billion, although with a different the mix.

For example, far larger African, Indian and Indonesian proportions will make up humanity, because those zones will peak late while Peak Europe and Peak China are more imminent. In a longer bell-curve scenario, humanity would number around 400 million in the year 3000, the same as in medieval times. This conjecture of a millennium-long time without a 'second wave' of population resurgence may seem long, but it's actually a small time compared to homo sapiens' historical span of at least 100,000 years. Without any population resurge, the bell-curve scenario would lead to less than fifteen million of us after 9999AD, around the same population as when farming began. After that, it may just peter out entirely. 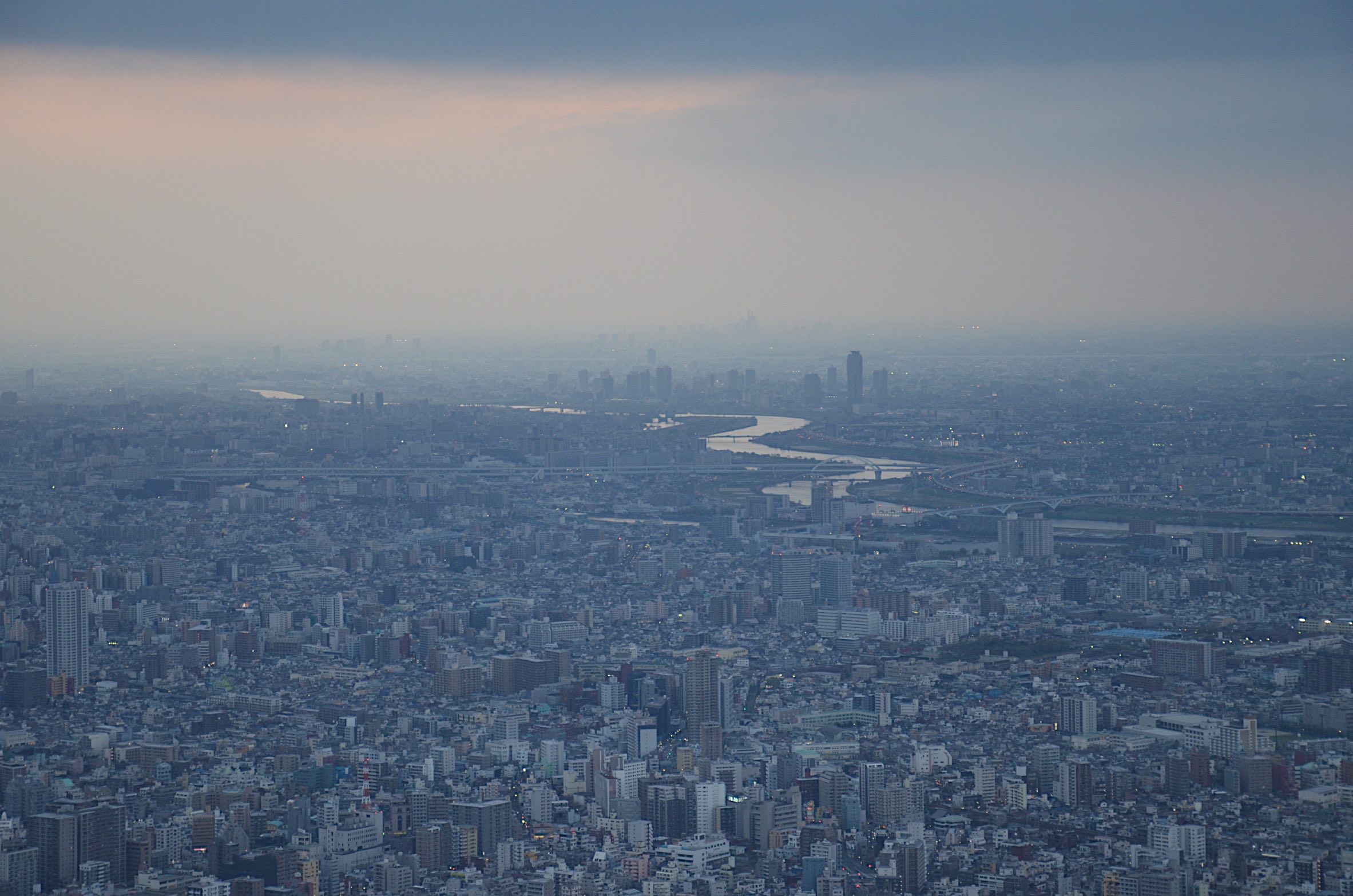 But of course, there is a disruptive catastrophe unfolding about us, and that means mirroring the past to see the future is optimistic. The climate is changing and we are seeing the effects from desertification (which feeds human conflict) to extreme weather events. Sea levels are rising, and most cities are near sea level. We increase our dependence on monoculture farming, inviting collapse of food security. We degrade the seas and rivers that directly supply about a tenth of humanity's nutrition as fish. We are wiping out biodiversity, nature's foundation for life to flourish, and smearing the Earth with pollution in the sea, on land and in the air. Perhaps, Peak Humanity may lead to a precipitous plunge, as it may have 70,000 years ago after the Toba supervolcano eruption.

And Peak Humanity itself is not just about population. It's about our culture, technology and well-being. There is a case that each of these have peaked too. Take technology: The first railways revolutionised travel across the globe, but a new jet-liner made of light composite materials running on biofuel is just an incremental improvement to what we already have. The Internet enabled instantaneous global access to information and created the knowledge economy, but the arrival of say Twitter merely re-channelled an explosion of increasingly useless information. We haven't reached Peak Technology, but maybe its gains make less and less difference.

Leaving aside those questions (and possible gamechangers like artificial intelligence simply rendering us a side-show), do we want to avoid post-Peak Humanity outcomes, whether it is an increasingly chaotic collapse or a gentle but possibly comfortable slide into the twilight retirement home of our species? 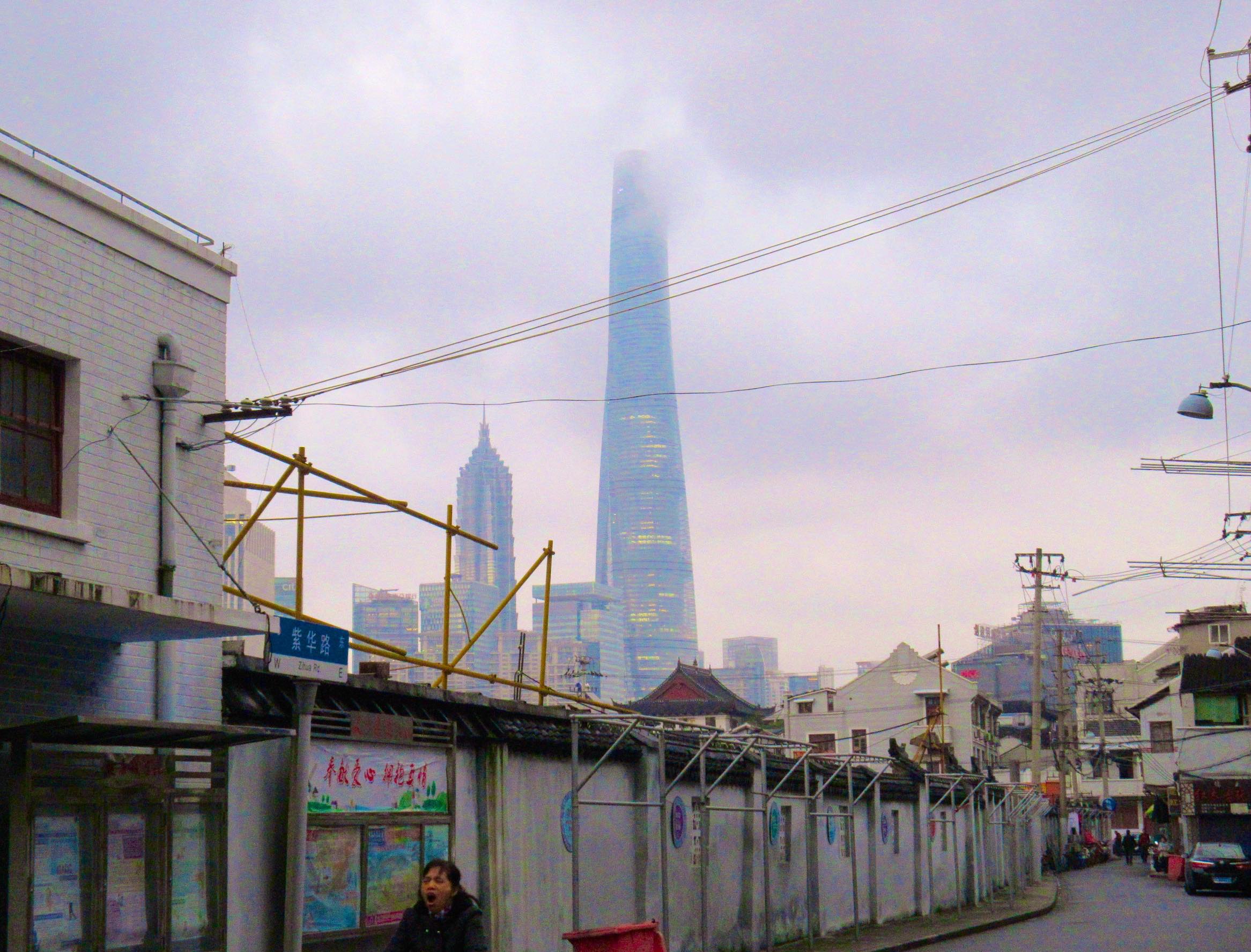 The Shanghai Tower rises 638m over the city's long-term rise and sprawl. [Photo by Lisa Wilson]

The only indefinite postponement of Peak Humanity is to spread humanity beyond Earth, if only because our planet is almost full. New worlds offer the possibility of expansion and a survival insurance policy against wipe-out if we (or a cosmic event like asteroidal impact) destroy our home. Stephen Hawking has been saying this since 2010. "If we can avoid disaster for the next two centuries, our species should be safe, as we spread into space", he said.

Ultimately, humanity could number trillions, not billions, if we spread into space. To do so, we would need a roadmap to the stars. In 2013, astronomers from Berkeley and the University of Hawaii extrapolated data from NASA's exoplanet-hunting Kepler mission, and estimated that over a fifth of Sun-like stars have a habitable Earth-like planet — that would mean over 40 billion of them. And yes, it's far to ask, since our record so far is to trash places: Why not leave them alone?

Russia is on board, and China has stated similar goals.

In the here and now, there is finally a credible vision of planting humanity beyond Earth. It's not from NASA, whose efforts are directed to astronauts dropping in on Mars. It's from the European Space Agency (ESA), whose Director-General Johann-Dietrich Wörner declared in 2015 the intention of establishing a foothold on the Moon's far side, a 'Moon village' as he says, and he invited international collaboration. Russia is on board, and China has stated similar goals. Architects Foster + Partners have designed 3D-printed structures to live in on the Moon. And the ESA's Destination: Moon vision shows how a base at how the south polar region could work and exploit the water ice that may be there.

If and when that Moon village later became self-sufficient, it would be a small step on the roadmap, but a giant leap for mankind. 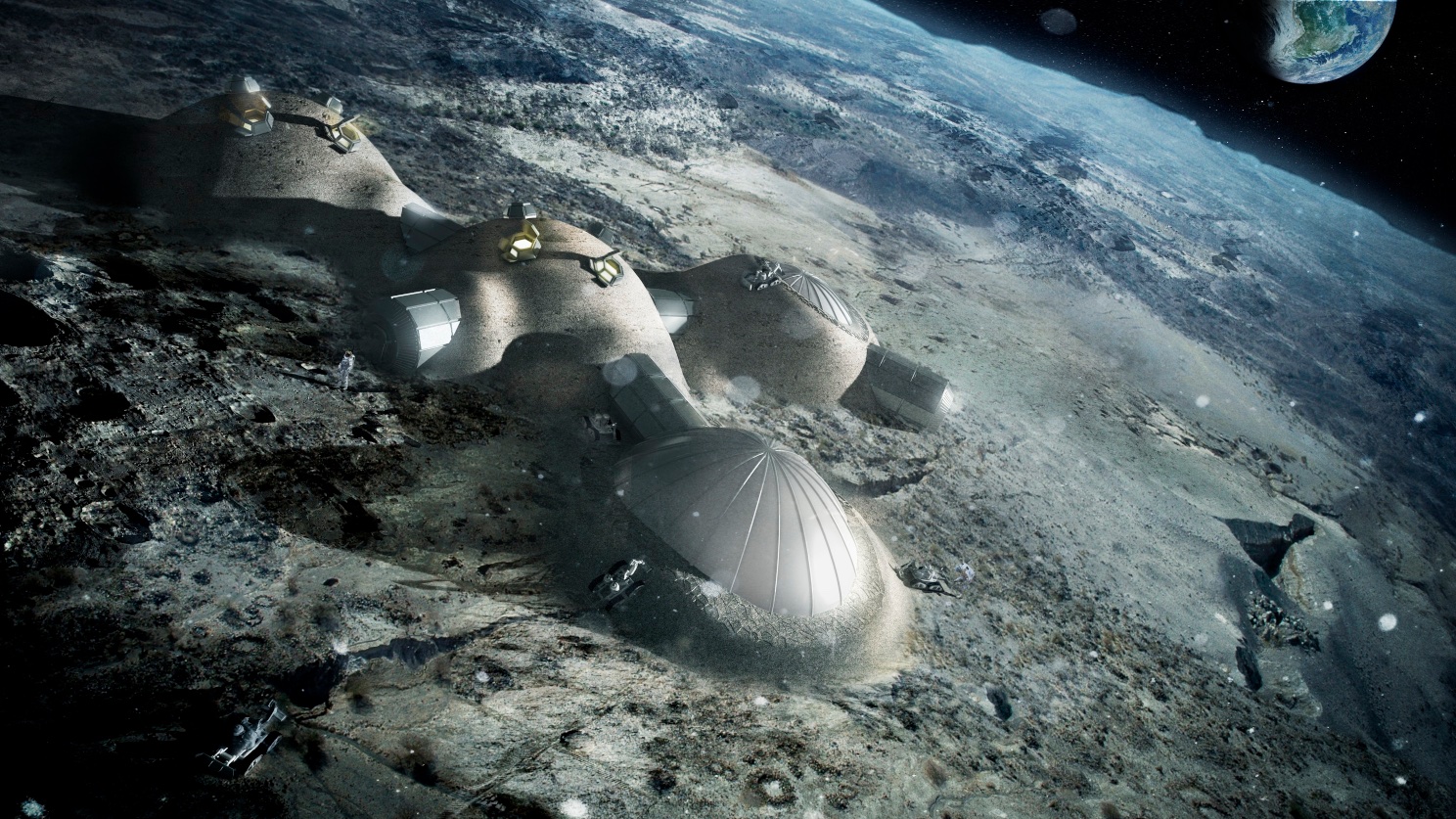 The ESA's moonbase is designed by Foster + Partners as a modular system which can be extended in the future.

Peak Humanity and How to Avoid It
Stories from a Starwoman
Token Wild Boy, Vol II - The Height of My Seat
Centaur Rings from beyond Saturn
At the Edge of Emptiness

Stories from a Starwoman
Token Wild Boy, Vol II - The Height of My Seat
Centaur Rings from beyond Saturn
At the Edge of Emptiness
Flowers on Mars: Bringing life, or not, to the Red Planet