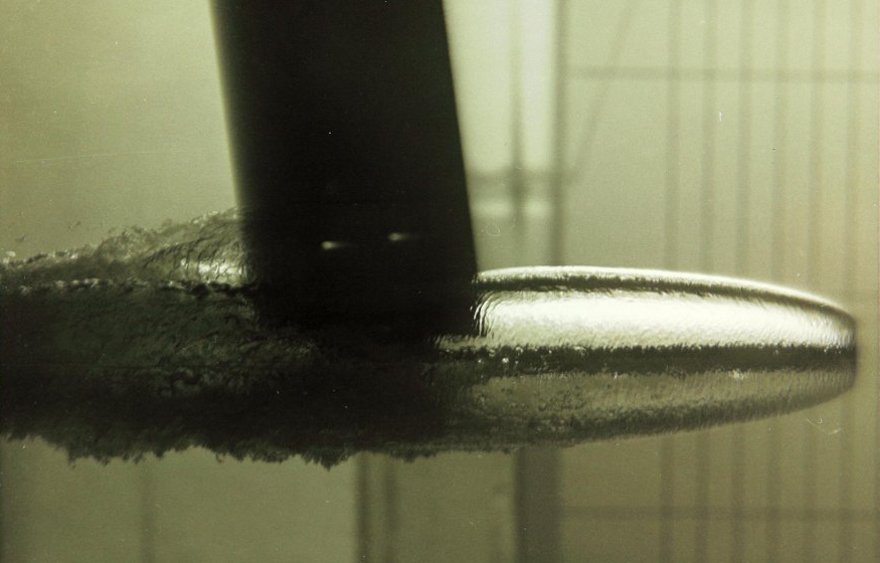 We want to sing the love of danger, the habit of energy and rashness.

Recently I pulled up to a four-way stop intersection. An SUV to my left was approaching the intersection at the same time. I made my stop and, assuming I had the right-of-way, proceeded; but the SUV made a rolling pause and sped across the front of my truck. Obviously ready for my reaction, when I honked my horn, she just raised her arm and threw me the finger.

So what was my first thought... OK, my second? F.T. Marinetti. Marinetti is not someone I normally think about, almost never; however, there the thought was.

We declare that the splendor of the world has been enriched by a new beauty: The beauty of speed...

A reprise of a speed trial... fallen... crashed... a crash test that fizzled. What makes one think now will be different - speed actualized? Something that went by so fast, it was only sensed - fear of blinking for something missed – the next gallery scene - rhythm gone awry – melody missing – forty billion dollar buyouts – is there any here? Is there any longer a past?

Marinetti arrived at his revelation after he had swerved his car into a muddy, factory gutter. His face spewed with slime and effluent, what was his first thought... MORE!... SPEED!

One of the things that interests me in all of this is the body. Where is it? Forget the mind. The mind has shot and spun out simultaneously in multitudinous directions, but the body... whenever I find the place of my body, it is here. There doesn’t need to be a here, but it appears there is one; at least for me. It is not that the body has one place, it can be any place; but wherever it is, is here.

Marinetti got into his car that morning with his artist friends, to chase speed - this is 1909 - pulled a ‘U’ey, got in the way of two motorcycles, jammed, launched, and smacked into a ditch. Upon craning the car out and, in ecstasy on finding that it started immediately, he sat down and wrote the manifesto. You could say that the Futurist Manifesto was created out of the gutter.

The essential elements of our poetry will be courage, audacity and revolt.

It is now almost a century later. Marinetti probably would have thought about being a Blue Angel pilot. The woman who crossed my bow must have had things on her mind too. At that moment I had revenge on mine. I wanted to take out the side of that shiny Navigator. Nothing seemed to fit: a small, young woman in a large Lincoln flipping me the bone because SHE had changed the rules. But I had crashed my truck once before, soon after I had bought it. My eyes and mind were following the flight of an apple core I had just launched through my side window, examining that beautiful arc curving forward into the trees - the same direction that I was speeding - just a second or two - forgetting there was a stop light at the end of the long on-ramp.

I keep wanting to draw a parallel... about space/time in 1909 versus space/time in 2001; about a new big gallery scene in LA... every few years, about the latest thing... but parallels are mundane and tedious. What is really interesting about the speed issue is the result of things going faster... lots of transformation. What is absorbing is not the new thing that one selects, but the new thing that one doesn’t expect. With exponential change we get to have more new, unexpected things to recognize and more new locations from which our bodies may encounter them.

Let’s compare Marinetti’s body to Picasso’s. Marinetti just wanted to be out there physically. It didn’t matter where he went or whom/what he trashed; “…a violent assault on the forces of the unknown... museums and libraries, morality, feminism... Time and Space died yesterday.” Picasso stayed quartered... in his studio – assaulting time and space using two dimensions. His body in one space and his head in all other spaces simultaneously. Marinetti wanted to destroy space/time; Picasso empowered it. Imagine wanting to demolish space/time... from a muddy gutter. Like Don Quixote, Marinetti had his sword high and he was out to slash tyres.

Literature has up to now magnified pensive immobility, ecstasy and slumber. We want to exalt movements of aggression, feverish sleeplessness, the double march, the perilous leap, the slap and the blow with the fist.

It was a light, breezeless morning. I was sitting in a sailboat in Santa Monica Bay, waiting for a race to start. The boat was floating in line with the flight path of airplanes taking off from LA International. They were loud as they left land and screamed above us. At one point I looked up at a plane sweeping over. It was Air Force One. I remembered reading that the President was making a visit to Japan that day. My space compressed and magnified; my interest in getting the boat around the buoys in the microdot of Santa Monica Bay compared to the immensity of the international person; a day trip to Japan, millions of corporate employees, a personal security force of hundreds of thousands of people.

Body... personal space... velocity... chasing windmills... there are vague hints about the shape of the current change. The new globalism as discussed decades ago by Buckminster Fuller, then Frederic Jameson and lately, Michael Hardt has unleashed stimuli which act and react similar to chaos theory. Recent economic forces, for example, have circumvented and destabilized accepted monetary practice. As I understand the scenario, by lowering US interest rates, the Federal Reserve Board hoped to reverse a US economic recession. Instead, since the US is the central global market, foreigners continue to invest in the US which reduces the value of foreign currency relative to the dollar which, in turn, inhibits foreign markets from buying US products. Thus, the cycle continues to spiral downward. Obviously the body of relationships between nations and/or other geographical units has altered.

We are on the extreme promontory of the centuries! What is the use of looking behind at the moment when we must open the mysterious shutters of the impossible? Time and space died yesterday. We are already living in the absolute, since we have already created eternal, omnipresent speed.

It is a similar but less defined space that I am alluding to in the context of an artistic apprehension. That is, how does art describe a space reflective of a different sensory energy and a different schema of social and political interrelationships? It seems almost silly to discuss beauty, nee aura, nee ecstasy, or even gang violence in a space where it is acceptable to be talking on a cell phone, lighting a cigarette (ironically enough), and making a right turn simultaneously. It seems relevant, however, to be discussing all of them in the same space; that is to talk about simultaneity. Place... acceleration... distraction... each coherent, all synthesized – a mélange – feeling the pointy end of a finger, crashing a car, wallowing on the glassy surface of a windless bay, observing a pixel on a Fiberglas vessel inside a large glass vessel.


Martin Gantman is an LA-based conceptual artist who has exhibited widely throughout Europe and America.
www.gantman.com

Rough Notations in High Speed
Snapshots: Learning to Love LA
Snapshots: Route 66
In the Company of Ghosts – The Poetics of the Motorway
TEDx Albertopolis: Art & Science

Snapshots: Learning to Love LA
Snapshots: Route 66
TEDx Albertopolis: Art & Science
Snapshots: In America Deserta
In the Company of Ghosts – The Poetics of the Motorway