The Understudy
by Liam Desroy
Published: Dec 10, 2012
Standfirst
In every major theatre run there is a cast we never see, the men and women who wait in the wings for a moment that, often, never comes.
Body 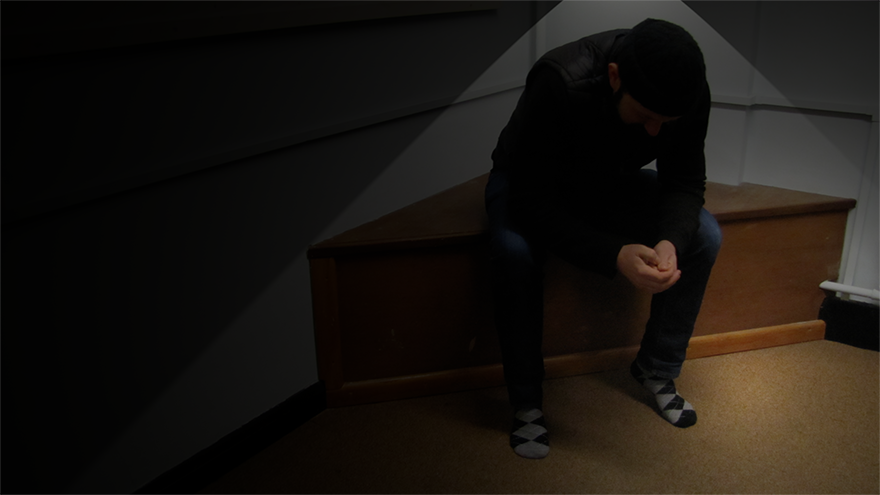 A lot of people I know are actors. It is not something I actively seek but it’s true. The majority are in their twenties and fresh out of drama school; eagerly joining the thousands already jostling for the handful of parts that dangle like so sweet a dream.

Eddie is one of the few actors I know who doesn’t immediately seem like one. Part British, part Columbian; he speaks with an offset north English accent, is incredibly hyperactive, and frequently dons an old-school Burnley football shirt as part of his attire. Like the others, he too is fresh out of drama school, but unlike them, his first real acting job is a quite prestigious opportunity – he is one of the understudies in Jumpy, starring household names like Tamsin Greig and Doon Mackichan, at the Duke of York Theatre in London.

He may ‘only’ be one of the understudies, but there are several stories of understudies rising to success following the misfortune of a leading cast member – a famous example being Edward Bennett, whose career sky-rocketed after filling in for ex-Doctor Who star David Tennant. More recently, there’s Owain Arthur, understudy for James Corden in One Man, Two Guvnors, who wowed audiences following a no-show from the chubby comedian. Even without such (mis)fortune, with Jumpy garnering some notable reviews, it’s the kind of thing that could have a big impact on a young actor, even if they are never actually called to the stage.

I meet Eddie round the side of the theatre at the stage door. “It’s buzzing, mate,” he says as we walk up the stairs, “such a good opportunity”. Before this Eddie was working, like many in the arts, as a part-time waiter; doing long shifts and late nights in order to pay for a room that he shared with his brother. Now the working day begins at 6.30 in the evening and goes on until around 9.30 when the play finishes. “We do a load of children’s games and then a vocal warm-up, singing songs, getting the mind going…”

We walk past the main cast dressing room, to which the door, I am disappointed to see, is closed, and continue on up the corridor to the understudy dressing room. The room is cramped – narrow and lined with soft lights and bright mirrors, which do little to create the illusion of space. Inside sit the four understudies – each a sub for multiple main parts, each reading or scribbling on pads of paper. Aside from Eddie, there’s a girl of around the same age, and a middle-aged man and woman. Together they resemble a sort of mismatched family, their ages and sexes generally covering the diversity amongst the main cast. I notice a few resemblances with the more famous actors, the younger female understudy in particular bearing a striking similarity to the photograph on the poster outside. It makes me a touch uncomfortable, these physical similarities, with the other cast just across the hall. It’s almost as if I have gone backstage at a Queen concert and seen a tribute band in the opposite room.

To escape the limited space, Eddie and I head out onto the roof, a place he describes as his “own little sanctuary”. Knowing Eddie I am amazed that he has stayed sane, as he is not the sort to sit quietly for long periods. “It’s a lot of people in a very small space,” he explains as we step outside, “so we’re lucky to have a cast and crew where everyone gets along.”

When the weather was warmer he tells me how he would spend hours up here, smoking or learning to balance, back and forth, along a thin, metal railing. But, right now, the weather is bitterly cold and you could not spend more than a few minutes up here. “I’ve read multiple books, watched the football when it’s on. I brought in a puzzle for everyone to do too, but no one did it. We just chill out really.” Although the image he paints is an appealing one, the room did not feel especially chilled out. Everyone seemed slightly on edge.

It’s gone 7pm, the time when the roll-call is taken. If a cast member is missing then an understudy is put in the gut-wrenching position of ‘standby’. Standby means that the understudy must go and gather their costume from the dressing room and spend the next hour or so in some strange limbo of fearful lust. The actor will want to go on – this is their moment, the dream of every understudy – but they will doubtless be wracked with nerves. And whilst they have the fear of the stage to contend with, they also have the knowledge that, at any moment, the main cast member may come along and take away their chance. An understudy will always be unsure, right up until he takes that first step out in front of the disappointed audience.

It happened to Eddie the other week. One of the main cast members was late and he was put on standby, ready to go on-stage for his first major part. But the actor finally showed up and Eddie had to return to the dressing room, albeit with the extra £25 you get for undue stress.

Even if all the cast has arrived on time, you cannot fully relax. You know that, at any minute, there is the outside chance of a twisted ankle or slipped disc; that suddenly, up the stairs, a crew member may come rushing to tell you that, right this minute, you have to get on-stage.

One of the play’s other understudies, Steve, is a veteran of the industry, and has put up with this kind of on-off uncertainty for over thirteen years. He’s currently the sub for the two older male actors in the play, and like the rest of the understudies, is yet to hit the stage in this run. He looks in his fifties, perfectly embodies all the traits I associate with actors, and is perhaps one of the nicest people I have met. He hopes to get into the Royal Shakespeare Company one day, “or possibly Hollywood”, but the half laugh he gives when he says it doesn’t sound full of hope.

Steve likens the routines of an understudy to those of a fireman: you sit around, part-bored, part-terrified, guiltily hoping for disaster to come along. He’s had a couple of bigger roles; parts in Shakespeare and Pinter and film roles in Gangs of New York and Salmon Fishing in the Yemen. Being an understudy has its attractions, but Eddie argues that you have to know when to take a job and when not to: “You never want to be trapped as an understudy, having people know you only as an understudy. All these big shows that you’re never actually in: you’re just always in the wings.”

It’s nearly time for the play to start so we head back downstairs, and round to the front of the theatre. Eddie’s going to sit in and watch it with me, something that understudies rarely do after the first week – I can imagine it could become a little repetitive. “The whole experience is really bittersweet,” he says as we make our way back outside and in through the main doors,” I’m an actor and I’ve trained as an actor and all I want to do is get on-stage and act.” We make our way past a young bartender who I overhear tell a customer that they, themselves, are an actor, and only recently just missed out on a big movie.

A girl in her late teens points us to our seats and I wonder if she too is in the acting profession. “I would’ve jumped at the chance to get on-stage in this run,” Eddie continues, “but there’s still a chance.” We take our seats on the front row. “There’s only one week left but, yeah, I was ready from day one.” The auditorium lights go out and the main cast make their way on-stage.