Why the Bees are Dying 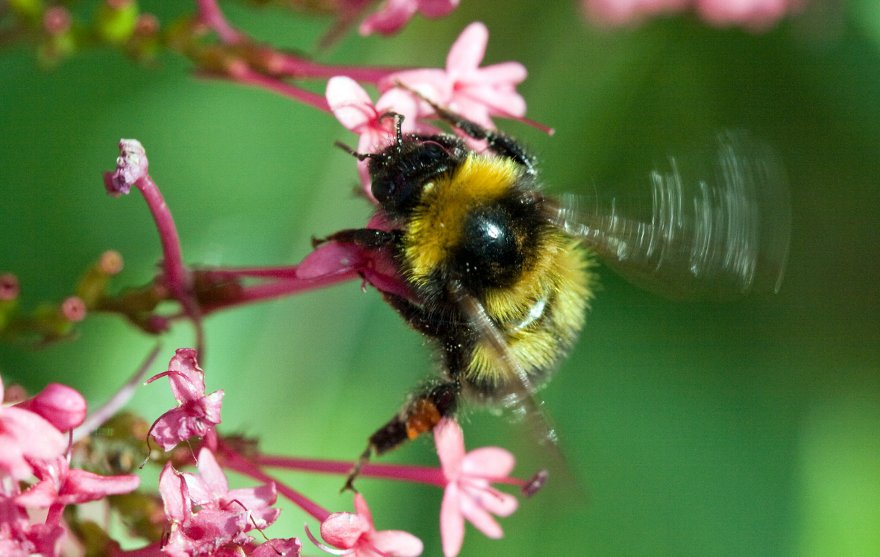 The global crisis of the bees’ demise has gotten me thinking again about a scene in Virgil’s Georgics (4. 281 - 558), where the beekeeper, Aristaeus, suddenly loses all of his bees through sickness and hunger. I had grappled with these lines during my days as a graduate student in classics at Columbia. Provocative and mysterious, they seemed to hint at timeless wisdom for those who paid their dues to understand.

Virgil begins his story of Aristaeus by addressing “anyone [whose] whole stock [of bees] has failed him...[anyone who] knows not how to restore the race in a new line.” Then he reveals the solution: the bugonia, a method “whereby often, in the past, the putrid blood of slain bullocks has engendered bees.”

Deriving from the Greek βοῦς (ox) and γονοι (progeny), the bugonia is shown to be a rather gory sacrificial ritual. Virgil relays its steps in practical, how-to detail. But the results are far from mundane; they are miraculous and surreal. From the emulsified, rotting flesh of sacrificed bull carcasses, a new swarm of bees springs spontaneously.

Varying versions of the ritual are found in antiquity. Whether it was actually practiced or not, bugonia can still be seen as a timeless mythic trope instructive to us now in the midst of our current bee crisis.

The bees’ death is punishment for a grave crime.

When his bees die, Aristaeus is devastated and perplexed. In seeking the cause of their death, he appeals to the sea-god Proteus, who eventually yields the answer. The bees’ death is punishment for a grave crime, which is disclosed as Aristaeus’ role in Eurydice’s death. (Eurydice was the beloved wife of the legendary musician, Orpheus.) Aristaeus had chased the nymph, who ran along a river to escape him and was fatally bitten by a snake that was hiding in the banks.

The narrative then segues into perhaps the most famous part of the story – Orpheus’ journey to the Underworld to retrieve the dead Eurydice, albeit unsuccessfully. Though Virgil describes the bereaved Orpheus as inciting the punishment against Aristaeus, the actual penalty, the death of the bees, is exacted by the Nymphae, the fellow sisters of Eurydice, who herself was an oak nymph.

Nymphs were minor female nature deities, typically associated with particular locations or landforms. They inhabited mountains and groves, rivers, dells and cool grottos; they were the ur-free spirits who loved to sing and dance. Nymphs may be regarded as personifications of the creative activities of nature herself, most aptly described by the life-giving outflow of springs, with which they are often associated.

Aristaeus was a culture hero, honored for introducing such civilizing skills as not only beekeeping, but also curdling milk to make cheese and taming wild oleaster to bear olives. In other words, he worked with the raw resources of nature, coaxing and cultivating them to bear their fruits for the good of mankind.

If nature, or the nymphs, is the domain of Aristaeus’ expertise, then perhaps it is not specifically sexual lust that drives him to chase Eurydice, but more generally, the human instinct for exploiting nature for profit.

The demise of Aristaeus’ bees is a natural consequence of his transgressive abuse.

To atone for his crime, Aristaeus must perform sacrifices, whose order Virgil specifies. He is instructed to slaughter four of the choicest bulls from his herds – along with four heifers. These are in payment to the nymphs and intended to mollify their wrath. To Orpheus, he must additionally sacrifice a black sheep, and to Eurydice, a calf. He must slit the throats of the heifers and drain them of blood. As for the bulls, he is ordered to leave them in the grove. It is only from their carcasses that the bees will be born. They are the key to the bees’ regeneration.

The bull is a particularly symbolic animal, in that it is exemplary of the instinctual, semi-domesticated passions of man. We can see this very symbolism in the Spanish bullfight, where the matador plays the hero, superior than the average man, pitted against a seemingly impossible, life-threatening task.. In confronting the enraged bull, he is face-to-face with the instinctual passions of his own animal nature. But the eventual killing is not a haphazard, brutal slaughter; it is a disciplined, ritual act, entailing steps as detailed as those which Aristaeus follows for the bugonia.

Though the demise of Aristaeus’ bees is described as punishment and a penalty for his crime, it is neither inexplicable nor unwarranted. It is a natural consequence of his transgressive abuse. His excesses have upset the balance of the earth, a precursor to illness and disease. From this perspective, the death of the bees seems to be merely a response, a reaction as starkly logical as the most basic law of physics.

In the introduction to A World Without Bees, authors Benjamin and McCallum reiterate the sentiment that bees are the canary in the coalmine of the Earth. Their health is a clear harbinger of the future welfare of our planet, which we cannot afford to ignore.

We must understand that the earth is animate, and that we are in a constant dialogue with it.

Since the introduction of the term CCD, colony collapse disorder, coined in 2007, scientists, entomologists and beekeepers have speculated on the precise cause of the precipitous and continuous decline of the bee population. Benjamin and McCallum cite the possibilities: “genetically modified crops, pesticide poisoning, invasive parasites, malnutrition, and the stress of being moved long distances” as well as overwork.

We are again committing the common error of searching for a single cause, some unified theory, for a complex phenomenon. Rarely is there only one reason. All of the above are valid causes. Each is an example of our Aristaean propensity to greedily plunder the earth without a thought to the ecological consequences. The result is disequilibrium and disease.

The only solution is a change in our attitude. We must understand that the earth is animate, and that we are in a constant dialogue with it. And when we treat it disrespectfully, it will not remain inert, but respond in kind, as the nymphs did to Aristaeus, with the death of the bees.

Aristaeus is a hero because his journey entails the emblematic, obligatory initiation through death to rebirth. A new swarm of bees is born from dead bulls. But the journey’s real value to the hero is a conscious recognition of his crime and the consequent refinement of his natural instincts through sacrifice. Its value to us is a timeless lesson to heed and emulate towards resolving our current, very pressing crisis.

Like Aristaeus, we must make a sacrifice. A sacrifice of our bullish greed for profit. A sacrifice of our old attitudes and outdated ways of treating the earth. We must become reborn to a new consciousness that reciprocates the gifts that the earth has so generously provided. A return that will effect a balance in our relationship with nature, and a renewed blossoming in its bounty – bees included.

Kalliope Lee studied the classics at the University of Chicago and won a Presidential Fellowship towards a PhD at Columbia University.  She earned an MA before going onto receive an MFA in Fiction from NYU.  She is fascinated with bees, which figure symbolically in her debut novel, SUNDAY GIRL.
www.kalliopelee.com