Will China Save the Planet?

Category
Ecologies
Weather & Climate
Economics & Economies
Will China Save the Planet?
by Craig K. Comstock
Published: Dec 17, 2018
Standfirst
While still the reigning champion in carbon gas emissions, China has made huge changes between the Copenhagen climate change conference of 2009 and the Paris accord of 2015. "Defensive assertions of national sovereignty were replaced by a recognition of a global challenge," writes the author of a new book. In it she affirms that China is showing us how the massive effort to a green economy might actually get done.
Body

Will China Save the Planet?
By Barbara Finamore
Publisher: Polity. November 2018, 200 pages

Lack of foresight isn’t new in politics. As John F. Kennedy wrote in Why England Slept (1940), that country had snoozed through the rise of, and German rearmament under, Adolf Hitler. Until the European war began, the British government, ill prepared to fight, hoped desperately for peace. (Kennedy’s father was U.S. ambassador there.) Following the Nazi blitz against London, the United Kingdom was rescued after the U.S. got into the war, prompted by the sneak attack on Pearl Harbor on December 7, 1941.

The illusions entertained by the British government after Munich were minor compared with the behavior of leaders today, leaders who are neglecting and even denying the warning of climate scientists. So far, the fossil fuel purveyors and their allies in government have prevailed with propaganda about a claimed lack of scientific consensus, and about such irrelevancies as cold weather in winter.

Part of the problem is that nearly all of the public doesn’t understand the difference between two things: the usual exaggeration of politicians and the normal professional caution of scientists. One part of this comes from the fact that many adults assume climate change will be tolerable in their own lifetime, not understanding the 25-50 year lag between emission of greenhouse gas and its full effects. Another part comes from the widespread investment by individuals in petroleum-powered vehicles, furnaces, and the fossil-fuel-powered electricity reliably supplied to appliances in homes, offices, factories, schools, and stores.

Emitting more carbon than any other nation, China is at least talking about the danger of human-caused climate change instead of denying it.

However understandable the lack of foresight is, the consequences are unprecedented: never in recorded history has the entire planet been threatened as it is now by the accumulating blanket of invisible greenhouse gases.

It’s hard to think of another disconnect as grave as the one between warnings by scientists and familiar courses of behavior, in this case the continued use of fossil fuels, other sources of dangerous gases, and deforestation. What can be done to heal the disconnect?

A current book asks Will China Save the Planet? The author, Barbara Finamore, served as the China representative of the Natural Resources Defense Council. Her story gives first-hand material less for answering this question than for showing how a big country can move from defensive nationalism to global leadership in starting the transition to a green economy.

A skeptic could say that China was just far-sighted enough to seize a commercial opportunity to become the world-leader in manufacturing objects needed for the transition to a green economy. These objects include solar panels, wind turbines, large batteries, and electric vehicles. 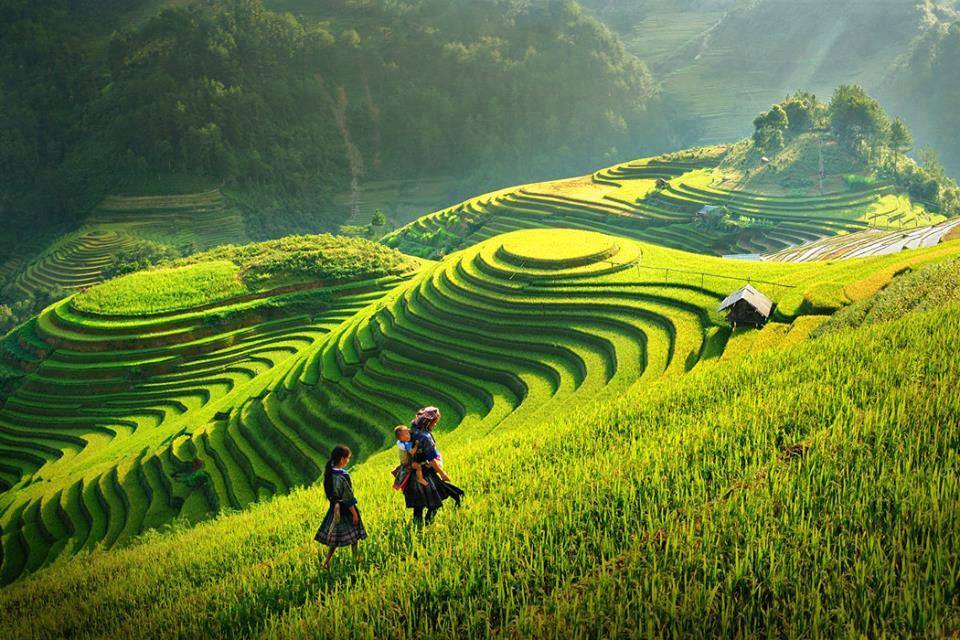 With economic growth less manic, there is an opportunity to ramp up the transition to green energy. [o]

But that country, itself heavily reliant on coal, emitting more carbon than any other, is at least talking about the danger of human-caused climate change instead of denying it, and taking certain initiatives to reduce its emissions. Finamore shows how China made a change between the Copenhagen climate change conference of 2009 and the Paris accord of 2015. Defensive assertions of national sovereignty were replaced by a recognition of a global challenge.

This change may have been prompted in part by a desire to escape the international opprobrium of being the world’s largest emitter of carbon. (The U.S. is in second place in terms of the absolute amount, and in first place in per capita emissions.) Since China’s rate of economic growth has become less manic, it has an opportunity to ramp up its transition to green energy; and meanwhile, to relieve its many large cities of at least some of the air pollution that has become epic.

Nonetheless, even if China doesn’t 'dig' coal, its coal industry remains huge, with many workers who will need new jobs. At the same time, it is exporting some of its coal, which improves the air pollution in China but continues to worsen the global greenhouse effect.

He established the Clean Vehicles Technology Center at his university, championed electric cars, and served as national Minister of Science and Technology.

On the skeptical side, Finamore writes “it now appears that China — while still leading the world in both coal consumption and carbon emissions — is also leading the way forward to the clean energy future. That said, it also faces major challenges that some believe may be insurmountable.” While saying that, she then deftly tells the stories of several persistent and ingenious Chinese leaders of the energy transition.

For example, Finamore tells about taking a delegation from Stanford University to meet Huang Mung, who started by making solar water heaters and then projected a $740 million center for the manufacture of solar energy devices of many kinds. She writes about Wan Gang, who established the Clean Vehicles Technology Center at his university, championed the production of electric cars, and served as national Minister of Science and Technology. Ma Jun also receives her attention: he worked out an entire program for the financial support of green technology.

Most of all, she reports on what she calls the government’s “war on coal.” China is fortunate that the fossil fuels that invisibly produce global warming, mainly coal, also quite visibly foul the air of its cities and other industrial regions. The gases that cause global warming are invisible and thus easy to neglect, but the same burning of coal also produces visible air pollution that causes people to wear air filtration masks on the sidewalks of Beijing and other places in China. (At least in much of the country, as two of my siblings witnessed when they toured the Yangtze region, and learned the local euphemism about “heavy fog.”) 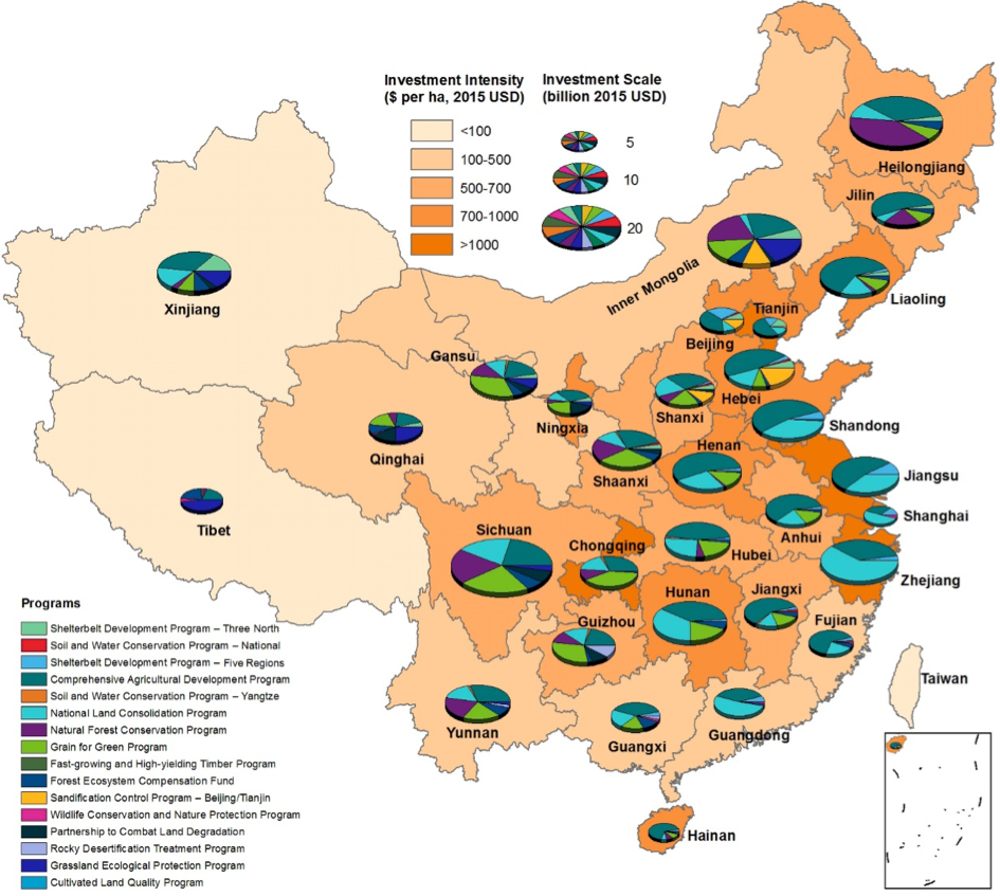 What we can learn from China’s fight against environmental ruin . . . [o]

Useful as Finamore’s book is as an account of what's going on in China, it also suggests what could be done elsewhere. The U.S. is now going in the wrong direction, dismissing as a “hoax” the scientific consensus on global warming, making it easier to produce and burn fossil fuels, and slapping huge tariffs on solar energy devices manufactured abroad. These policy choices are not criminal, merely tragic.

Finamore’s valuable book offers hope, not the false hope of the British leader after the 1938 Munich conference with Herr Hitler, but the realistic hope of the author, a U.S. environmental lawyer, egging on China to accomplish what her own country is so far failing to do.

A timely book to tell us about. A writer/intellectual, as always, ahead of his time.

Will China Save the Planet?
Willing Ourselves into an Empathic World
Desperate to Disappear: Migration's Raison d'être
Small business wants action on climate change
Institute of Art and Ideas: Mother Earth, Economics and the Fall