Seeing the world through animal eyes

Category
Intimacy
Wildlife & Wilderness
Health & Healing
Seeing the world through animal eyes
by Rob Percival
Published: Oct 14, 2017
Standfirst
In 1986, in the editorial of the first print issue of The Journal of Wild Culture, there is this sentence: "If you go deeper, you can go right into the thing until all you're seeing is yourself . . . the yellow eyes of an owl at night, the dark wood in a wet meadow, the cracks in a salt desert, or the skin of a tree that compels you to touch it." We mention this because a key part of the original idea of 'wild culture' revolved around an acknowledgement of our disconnection with nature — and how to open a conversation about it. The following proposal gets at the heart of the question "How do we connect more fully with nature?"
Body

". . . desire to inhabit a nonhuman perspective may be more than a literary curiosity." [o] [o].

In his 1974 essay, philosopher Thomas Nagal asks the question, 'What is it like to be a bat?' He concludes that he can never know. He realises that even if he were to spend his days hanging upside down by his feet in the attic, chomping on insects at dusk and dawn, he would still only know what it was like for a human to behave as a bat behaves, not what it was like for a bat to be a bat.

I think that Nagal is probably right; we cannot enter fully into the experience of a nonhuman animal. None of us can know what it is to be a bat, a dog, a chicken, or a baboon. But does that mean we shouldn’t try?

We humans are empathetic by nature — and capable of extending our empathy beyond our species. This may be an instinctive empathy: we see an abused dog cowering before his bullying owner and we know something of the dog’s emotion in that moment. Such instinctive responses may be instructive, but they may also be prone to error. A more disciplined empathy is also possible. This would test the instinctive response against careful observation of other dogs’ behaviours, and research by canine psychologists, allowing for a surer grasp of the dog’s experience and a more authentic transposal to their perspective.

Like the hawk, I felt the pull of the North. I shared the same strange yearning to be gone.

With a little practice it turns out that we are surprisingly adept at imagining our way into feather and fur, into the minds and bodies of nonhuman animals. Consider the example of J. A. Baker in his book, "The Peregrine". Baker spent ten years obsessively in pursuit of the peregrine falcon with the expressed intention of seeing the world through the hawk’s eyes. "I shut my eyes," he writes, "and tried to crystallise my will into the light-drenched prism of the hawk’s mind. Warm and firm-footed in the long grass smelling of the sun, I sank into the skin and blood and bones of the hawk. The branch became a branch to my feet, the sun on my eyelids was heavy and warm. Like the hawk… I felt the pull of the North, the mystery and fascination of the migrating gulls. I shared the same strange yearning to be gone."

We cannot know whether Baker’s portrayal of hawkness is accurate. Though we could try to replicate his experience, few of us are going to commit ten years to the attempt. However, Baker’s obsessive desire to inhabit a nonhuman perspective may be more than a literary curiosity. There may be great value in time spent in the practice of perspective-taking, particularly when extended beyond our species.

Earlier this month, scientists, experts and business leaders from all over the world gathered in London for the international ‘Livestock and Extinction’ conference. Bringing together experts in animal welfare, environment and conservation, the conference examined our species’ devastating impact upon the animal world, stemming from intensive animal farming. 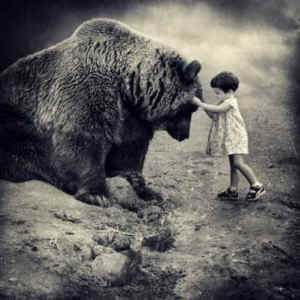 "We are surprisingly adept at imagining our way into the minds and bodies of nonhuman animals." [o]

Our appetite for cheap meat has grown to become one of the most destructive forces on the planet. It is a leading cause of greenhouse gas emissions, and requires forests and wild habitats to be devastated to grow feed crops for the world’s 70 billion factory farmed animals. If we are to alleviate our impact upon the natural world then we collectively need to eat less meat, reorienting our relationship with the animals on our plate and those in the wild.

The disciplined empathy practiced by J. A. Baker may help with this reorientation. If we learned to adopt the perspective of a pig, would we be less inclined to consume factory farmed pork? If we spent more time empathising with the endangered pollinators in our midst, would we be more careful about the chemicals we dump on our crops? Perhaps if we took nonhuman points of view into consideration when deciding how to feed ourselves, organise our society, and interact with our natural environment, we might live in a world less fraught by ecological and social unrest; we might even live in a more compassionate world.

This is the proposal of the Charter for Animal Compassion, which launches on 16th October, World Food Day. The Charter is a short declaration of the significance of empathy — understood as the art of perspective-taking — in an age of factory farming, animal suffering, wildlife destruction, and species extinctions. The Charter champions the science of animal sentience. It also calls on artists, writers, and researchers to collaborate in bringing animal perspectives to life.

The Charter is launching with a cast of impressive signatories. Among them are leading sentience researchers and animal welfare scientists, philosophers and poets, street artists and rappers, faith leaders and veterinarians, psychologists and conservation biologists. Signatories include Mark Rowlands, author of The Philosopher and the Wolf; wildlife photographer, Nick Brandt; philosopher Peter Singer, author of Animal Liberation; and Charles Foster, author of Being a Beast. 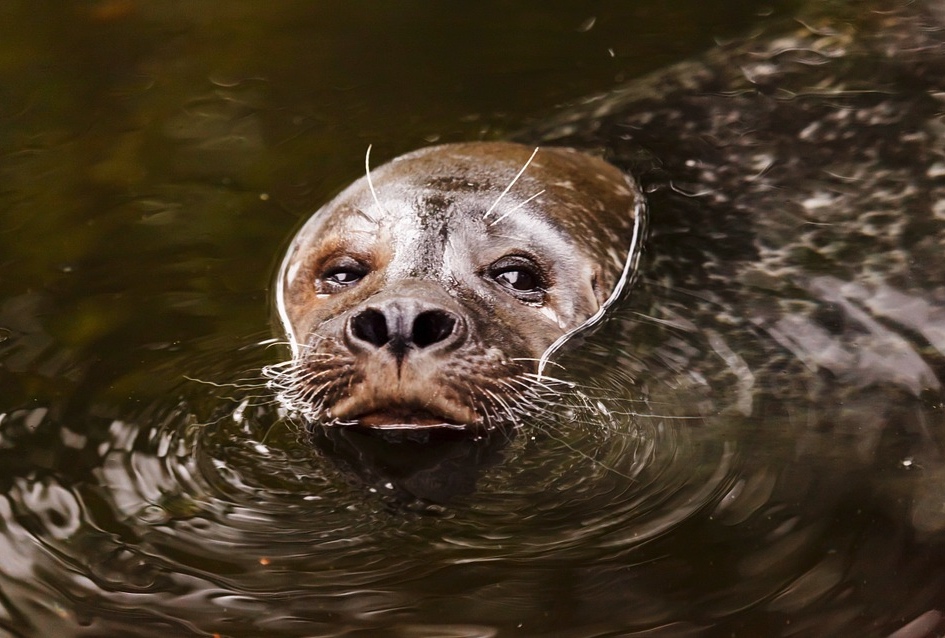 "Reorienting our relationship with the animals on our plate and those in the wild . . . " [o]

The Charter will be working for the next twelve months to promote the artists and writers whose work engenders a more empathetic relationship with nonhuman animals — circulating interviews, artworks and research and, in general, broadening its network of supporters. The Charter seeks to map out the tensions and possibilities that arise when we learn to see the world through animal eyes.

We have perhaps never been more distanced from the animal world, never more detached from the realities of our food production, or its consequences for billions of wild and farmed animals. We have perhaps never been more in need of a shift in perspective that allows us to understand the world as a plurality of points of view, each unique and valuable.

The Charter for Animal Compassion

Animals are sentient beings. Mammals, birds, fish and many other creatures possess the ability to feel and perceive; they experience the world subjectively. The weight of evidence indicates that humans are not unique in possessing the neurological substrates that generate consciousness. As fellow participants in sentient and conscious life, animals experience fear and pain, excitement and joy. What happens to them matters to them. What happens to them should also matter to us.

Our interactions with animals often lack compassion. Compassion lies at the heart of moral behaviour, impelling us to alleviate suffering and treat others as we wish to be treated ourselves. Born of our deep interdependence, compassion calls on us to unseat our species from the centre of the world so that other species can flourish. It seeks the wellbeing of all creatures and respects the integrity of animal life. It is the heart of our humanity, the expression of an evolved empathy.

Empathy is the art of perspective taking, the ability to see through the eyes of another, to step imaginatively into their skin. Empathy takes us beyond ourselves. Through empathy we participate in experiences and feelings that are not our own. We understand the world as a plurality of points of view, prolific with different forms of intelligence. Empathy can carry us into feather and fur, into non-human minds, albeit imperfectly. Empathy makes possible the practice of animal compassion.

We call upon all people to act compassionately towards animals. In this age of habitat loss and wildlife destruction, as species slip into extinction and billions of sentient beings suffer in intensive farms, we urgently need to kindle a shared commitment to animal compassion. This begins by paying heed to animal perspectives in how we feed ourselves, organise our society, and interact with our natural environment. It begins with the belief that a more equitable world is possible.

We call upon artists and scientists to collaborate in bringing animal perspectives to life. As a society we find that we are alienated from animal points of view, stranded beyond an ‘empathy gap’. We struggle to understand the experiences and feelings of our mammalian, avian, reptilian, amphibian and aquatic kin. The science of animal sentience must be translated and carried into popular consciousness if it is to inspire compassion. We call on artists and writers to take up this challenge.

You are invited to join the movement for inter-species empathy by adding your name to become a signatory of the Charter for Animal Compassion.

ROB PERCIVAL is an activist and writer. He leads campaigns and advocacy on behalf of a UK environmental charity, and he is the founder of the Charter for Animal Compassion, a not-for-profit that advocates for inter-species empathy. He lives between Bristol and London. 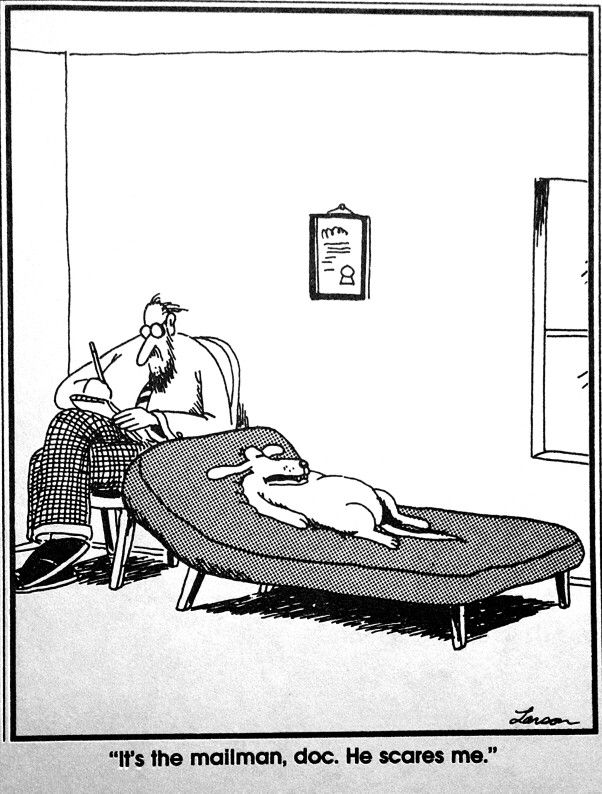 Seeing the world through animal eyes
The Electric Kool-Aid Turtle Test
In the Woods
Beautifully Untameable Quadrupeds
Fighting the Sun for Sport: The Start