Durable Goods: Past & future from the centre of now

Category
Dissent
Politics & Power
Ecologies
Durable Goods: Past & future from the centre of now
by Stephanie Mills
Published: Jan 12, 2020
Standfirst
Here's something from one of our best. We featured a profile on her a couple of months ago, and earlier we documented her personal library (see links below). She says she's done with writing books, which is okay: give a writer a break and be glad they did what they did. This does not mean we don’t still pine. Luckily something arrived recently, a public address both poetic and straight to the core. About past masters and future makers, dread and hope, neighborliness and Taoism’s Three Treasures — all with the timbre of a gifted prosesmith.
Body

The image [you are seeing now seeing] was taken this summer in a stand of old growth White Pine saved in 1973 from the chainsaws by a small group of thoughtful, committed citizens. The plants are Bunchberry and Canada Mayflower. Gratitude to all those beings.

Stewart [Brand], master of compressed utterance, asked for five minutes on the last and next half-centuries: More than a tweet, less than a tome.

Fifty years is an eye blink. Yet despite many good faith efforts at every level to prevent waste and ruin, the growth of industrial civilization has ravaged the Earth, depleting soil, water, and biodiversity, contaminating oceans and the atmosphere.

They’re flourishing while reducing their dependence on brittle systems and long lines of supply.

In 1968 Paul and Anne Ehrlich dropped The Population Bomb. There were about 3.5 billion of us then, over seven billion now. Contraceptive means improved, while political calculation, cultural conservatism and patriarchy hampered their widespread adoption.

Sixties temblors of revolutionary change cracked a few foundations. In 1972 from the Club of Rome we got a world systems model forecasting industrial civilization’s inescapable limits to growth. In 1974, Congress heard of M. King Hubbert’s curve mapping the limits to oil production, the end times for a petroleum-driven global infrastructure. Big business as usual has continued. Critical thresholds have been crossed. A late-breaking discussion of degrowth is underway but yet to reach a wide audience.

Co-Evolutionary Quarterly covers . . . cutting through the blaze of signals.

A half-century ago we thought about living more responsibly. “Access to tools” enlivened possibilities of household, homestead, village, and neighborhood self-reliance. There was hope of stalling the Apocalypse Juggernaut. There still may be.

While at CoEvolution Quarterly (best magazine that ever lived), I also worked on The Next Whole Earth Catalog. Its extensive reviews of essential means like hand tools and simple machines, how-to books for scores of timeless crafts, a spectrum of advice on farming and gardening, and astute reporting on appropriate technologies remain durable goods. Where I live, quite a few young hand-makers and digital natives cherish the Catalog for its can-do spirit and for arraying the physical and conceptual tools they wield. They’re flourishing while reducing their dependence on brittle systems and long lines of supply.

What’s coming? Possibilities I hope for, probabilities to dread. Possible: A renewed stirring of love for the Earth. Respect for and reciprocity with all beings. 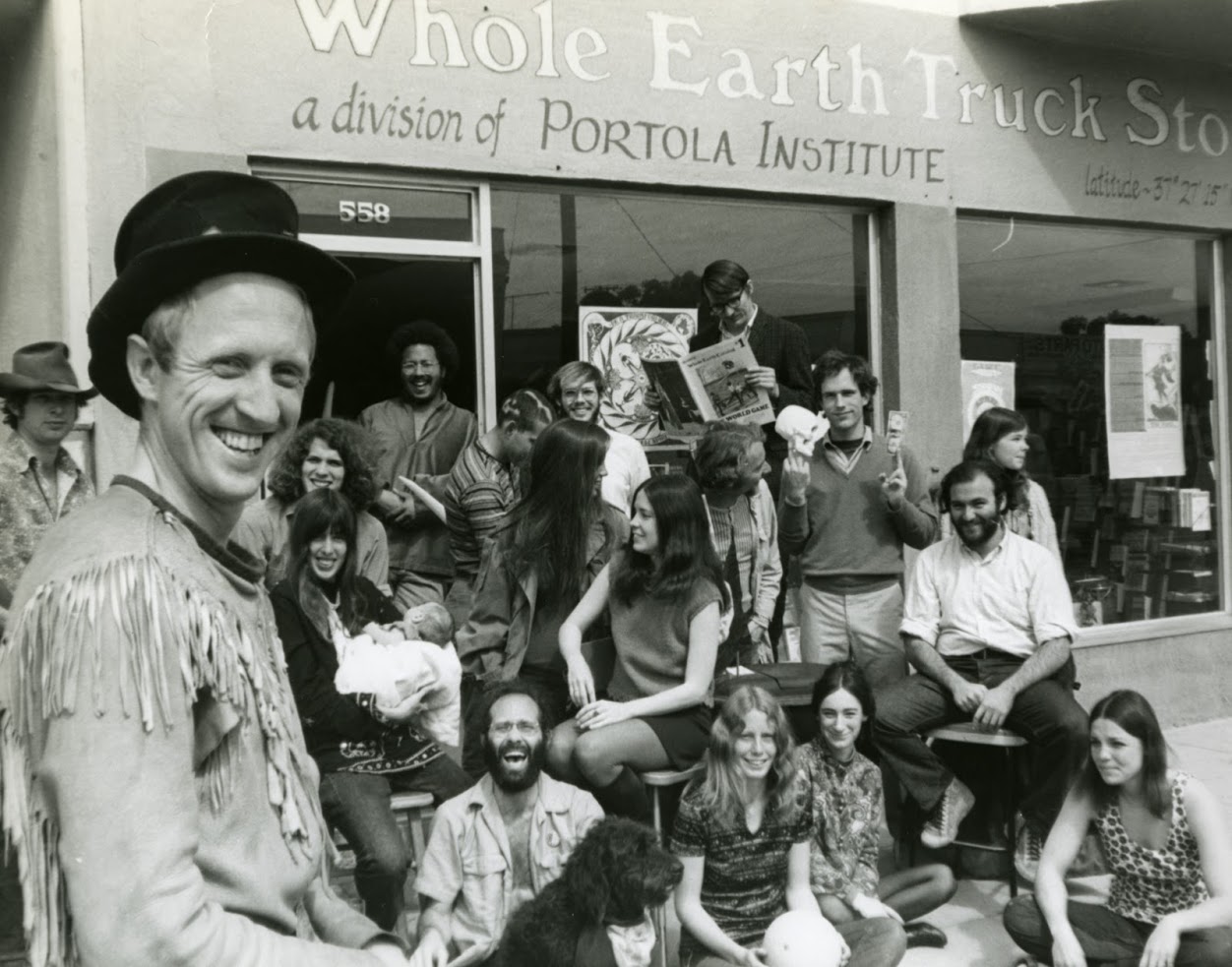 Both love of place and interest in nature stem from our longtime past. Although these days they court struggle and grief along with authentic connection, they’ve got survival value. Belly botanists and bird nerds, frog-counters and foragers begin as kids. They’re the ones who grow up to be the Rachel Carsons and E.O. Wilsons, the Water Protectors at Standing Rock. Maybe you’ve got such a one. Hope so.

In the chaos of our moment, perhaps a new understanding is immanent. A fundamental change of heart is needed, and there are harbingers, from the eco-Pope to ecological restorationists everywhere. Animals of our kind are supposed to be uniquely moral actors. Now’s the time to prove it. If our descendants are to inhabit a whole earth after this collision with ecological limits, we had best embrace virtues like Taoism’s Three Treasures: frugality, fairness, and humility. We can polish up our capacities for neighborliness and mutual aid. We may be as gods, but we’ll live better as members and plain citizens of our biotic communities. 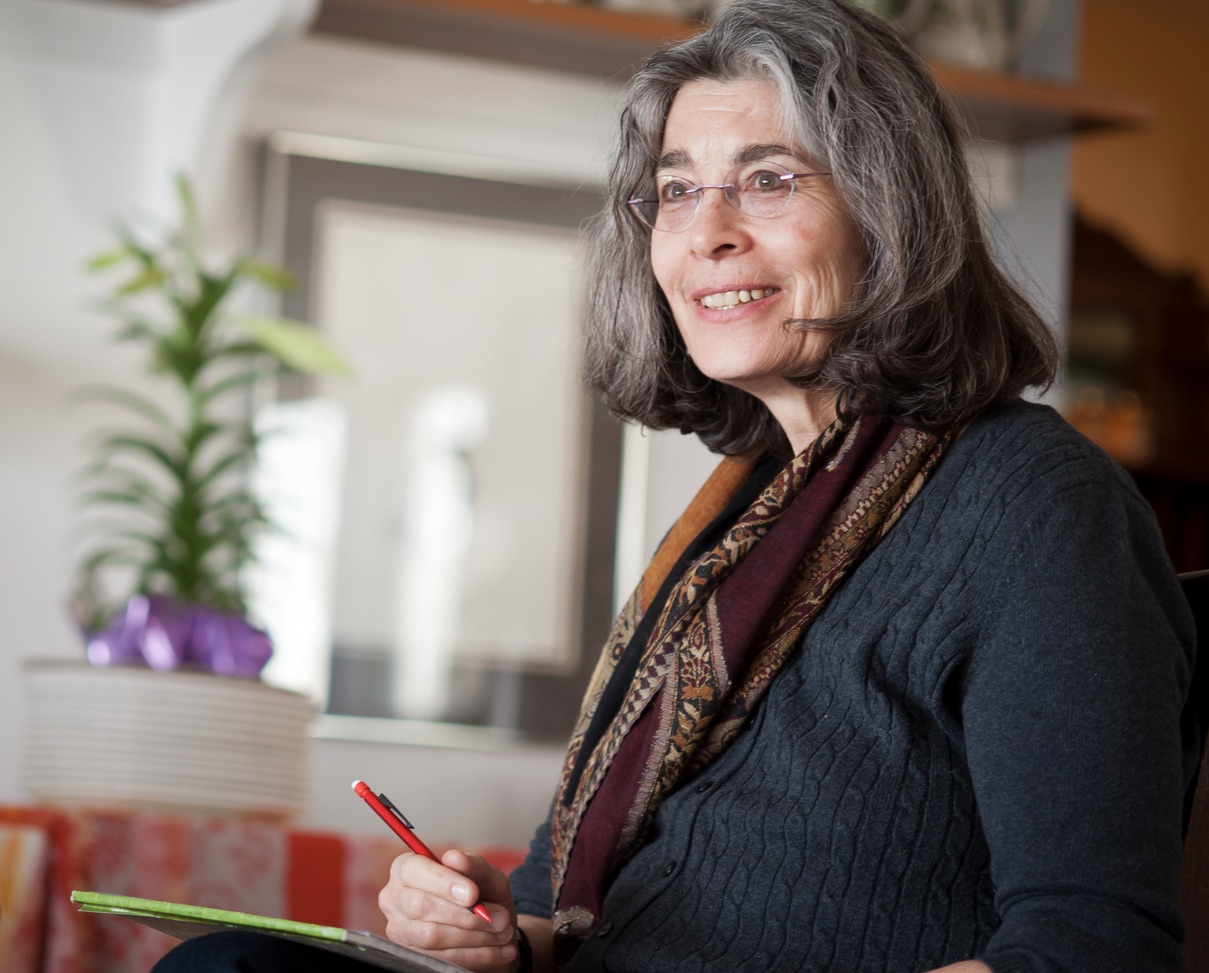 Stephanie Mills: A Life of the Mind, by Chellis Glendinning.

Spine by Spine: The Library of Stephanie Mills, by Whitney Smith.

STEPHANIE MILLS, a longtime bioregionalist, was Assistant Editor and Editor at CoEvolution Quarterly from 1980 to 1982. She moved to Northwest Lower Michigan in 1984 where she joined the counterculture, helped build her house, started a local currency and produced seven books.

Durable Goods: Past & future from the centre of now
That was then, this is now: Learning from past environmental success
Everyday Life in the Modern World
Greenwald, Poitras & the Story of CITIZENFOUR
Gaia and the Path of the Earth: Lovelock, Illich, Latour (Part 1)

That was then, this is now: Learning from past environmental success
Everyday Life in the Modern World
Greenwald, Poitras & the Story of CITIZENFOUR
Gaia and the Path of the Earth: Lovelock, Illich, Latour (Part 1)
Spine by spine, the library of Stephanie Mills