An Irish Immigrant Story for Now

Category
Anthropology & Social Sciences
Globalism
Movements & Communities
An Irish Immigrant Story for Now
by Heidi Fiske
Published: Mar 18, 2018
Standfirst
Of all the annual days of celebration, St. Patrick's Day brings us to appreciate Irish eyes and generous Irish ways. What happened when the Irish came to the US in the middle of the 19th century — and how they responded to racism to become major participants in building the country — tells us about how we should be considering immigration now.
Body

“By the end of the century, we’ll be begging people to immigrate.“ So said a leading US executive recruiter to me when we were discussing population trends, in connection with a story I was doing for Fortune magazine (The Headhunters’ Changing Jungle,” published May 9, 1988) — 30 years ago.

He should have been right — we should be begging people to immigrate. According to the Census Bureau, a population crisis looms. By 2030, all baby boomers will be older than 65, and by 2035, for the first time in US history, there will be more old people than children: 78 million aged 65 or older versus 76.4 million under 18. By 2060, there will be just two-and-a-half working-age adults for every retirement-age person. We need young workers to come to this country, build families, and pay into the Social Security system.

'Violent and bitter' men — men who start out poor and who strive upward — are the true creators of value and beauty, not their more privileged offspring.

But that is not how the current Administration and its allies in Congress are playing it. On the contrary, they are looking for ways to prevent immigration, especially from Muslims and Hispanics. The only immigrants they favor are highly technically skilled workers. Not refugees. Not dishwashers and grape pickers.

This is entirely misguided. Might they stop to consider the example of the Irish who came to this country in waves in the mid-19th century, propelled by the potato famine? These were not high-level technically skilled workers. On the contrary, they were the lowest of the low, mostly sprung from extreme poverty as peasants on estates owned by absentee British landlords. 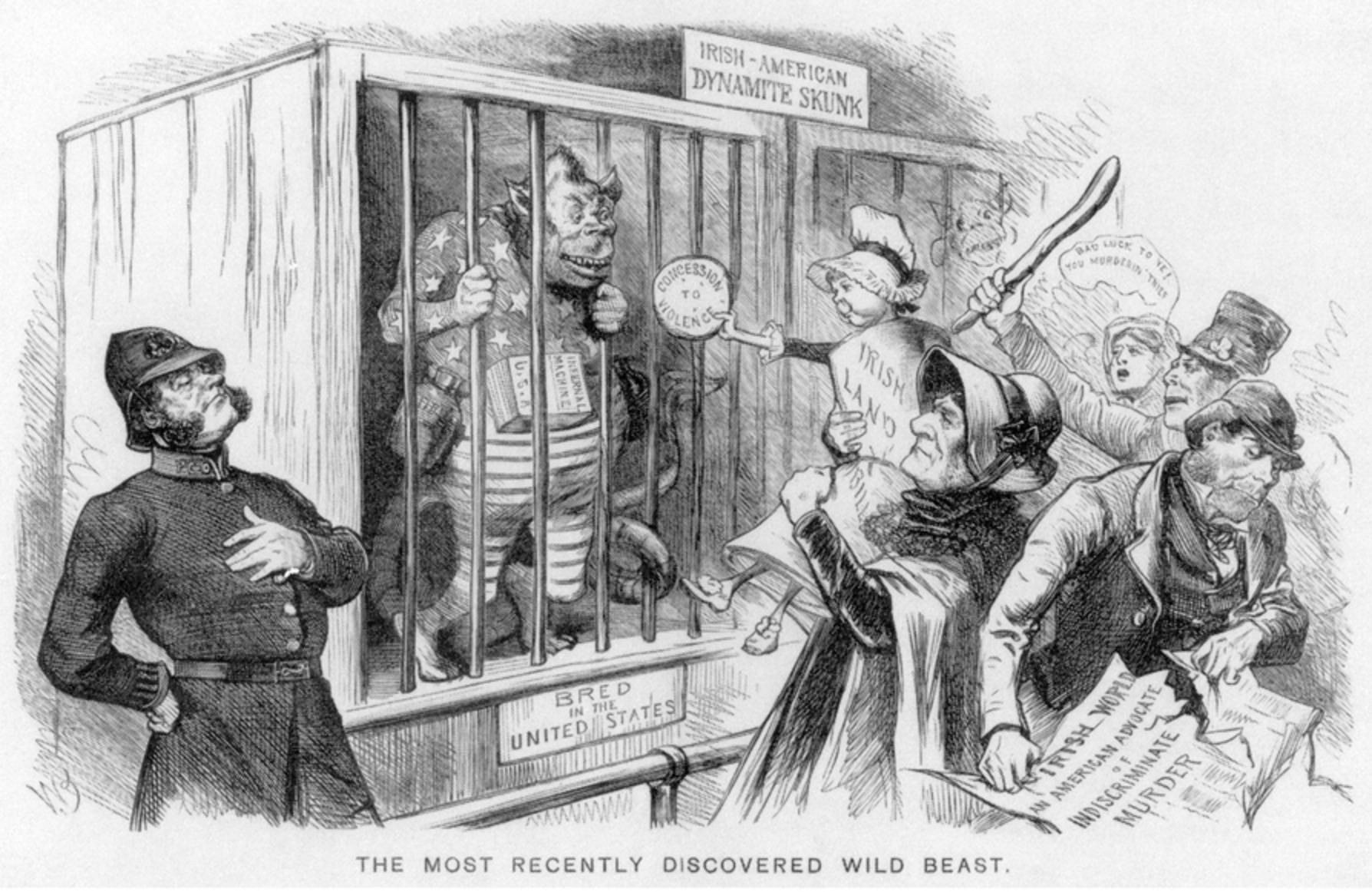 We may think our hesitancy about immigrants is due to their supposed otherness — their Muslim religion, Spanish language, or dusky skin. But the prejudice then against the white, Christian (albeit Catholic), English-speaking Irish — i.e., not so different from the non-Irish population at the time — was every bit as virulent as it is against any immigrant group today. They were treated worse than slaves, as outlined in an excellent analysis earlier this week by African American Jason L. Riley, whose last name suggests he is also of Irish descent. (“Lessons from the Rise of America’s Irish,” The Wall Street Journal, March 14, 2018).

They came to the US in the cargo holds of ships that took months to reach the US. More of them died en route — or soon after arriving (a stunning 19%) — than the 9% that died on British slave ships of the time. And once they got here they had lower life expectancy than slaves because they had worse diets and living conditions and were given jobs considered too arduous or dangerous even for slaves.

Property values fell if they moved into a neighborhood. Want-ads were worded: “Any color or country except Irish.”

Today our image of Irish Americans is very different, as reflected in the current TV series on the Kennedys. But John F. Kennedy’s great-grandfathers worked as peddlers, coopers and common laborers after they arrived here in the 1840s and 50s. 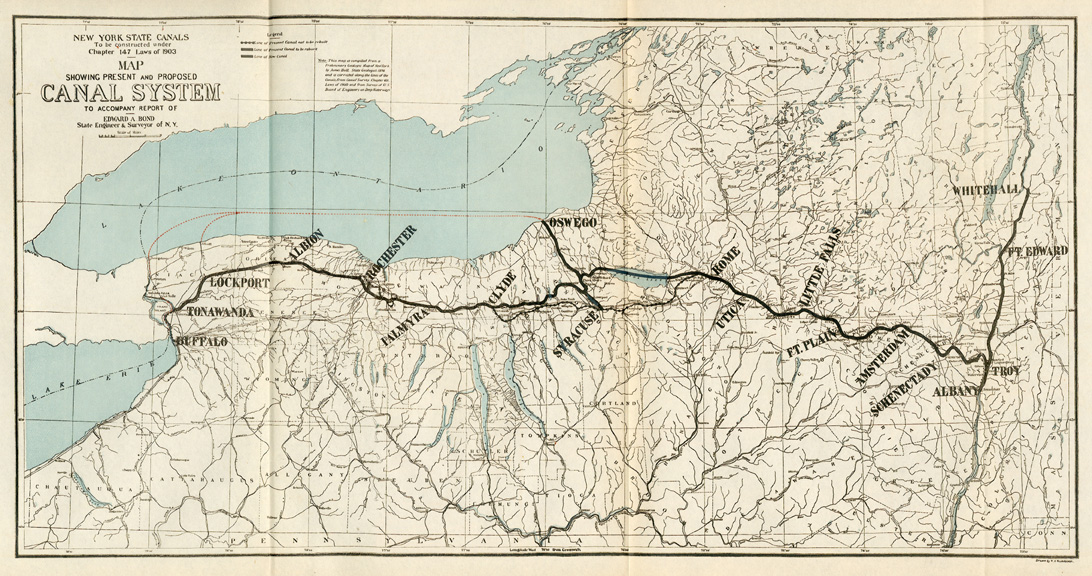 The building of the Erie Canal (1817-1825) drew from every sector of the US male working class population.

It wasn't until Irish immigrants were brought in that a workforce equal to the task was found. [o] [o] 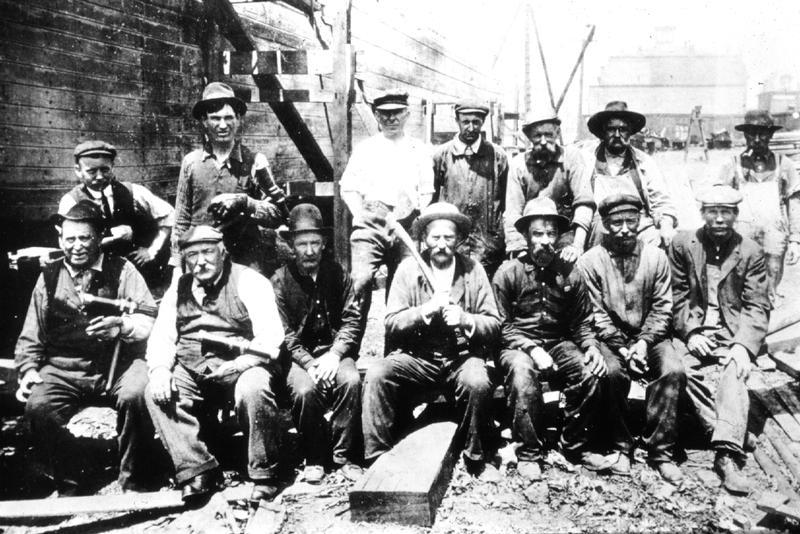 Today the poverty rate among Americans of Irish descent is far lower and their median income is far higher than the average American’s; and, more graduate from college, hold skilled jobs, and own homes than the average US citizen.

The great Irish poet W. B. Yeats posited in his poem “Meditations in Time of Civil War" that “violent and bitter” men — men who start out poor and who strive upward — are the true creators of value and beauty, not their more privileged offspring. So does it make sense for us to seek immigrants who are already well-educated rather than common laborers who — if we take the Kennedy family case — brought us a President three generations later?

And do we want to turn away people willing to do jobs that many Americans don’t want? Don’t we most want those who have the drive, stamina and ingenuity to make it here in the underbellies of trucks, walking across borders, or on the open seas in dangerously crowded boats, spending their life savings to create a new life? People who will build new young families here to help support our ageing population?

The example of the Irish suggests that we should, indeed, be begging such people to immigrate. Happy St. Patrick’s Day! ≈© 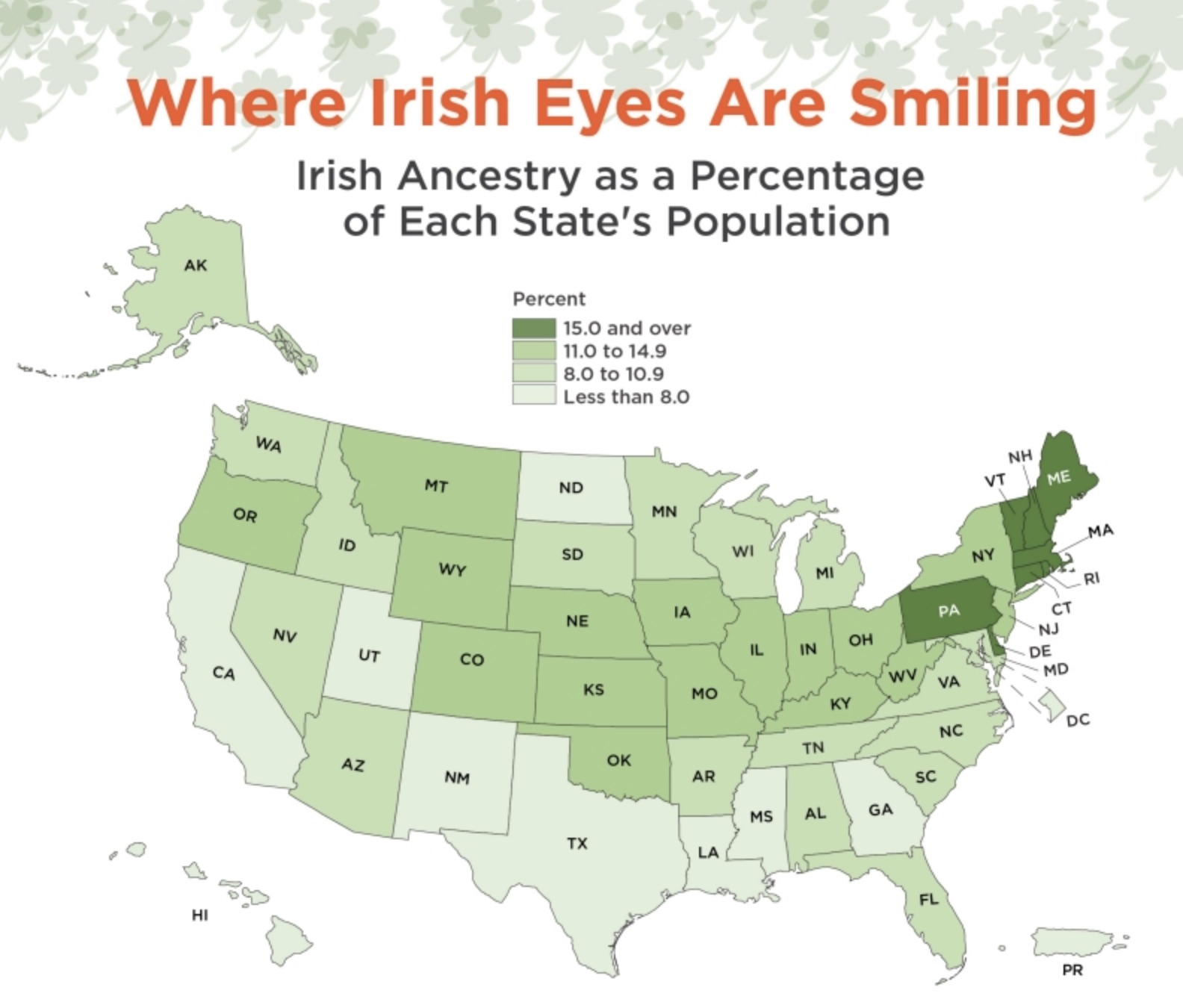 HEIDI FISKE is a writer and former journalist who wrote for many years about top management in the financial industries. Today, her efforts are more focussed on political issues. She lives in New York.

Bravo! Also true of other immigrant groups. Remember Steve Jobs, son of a Syrian, and how many Syrian refugees have we admitted? Actually, we're all immigrants, or descendants thereof.

An Irish Immigrant Story for Now
Recognizing 'White Fragility' in Asia
Rewriting history to justify current actions
Mayors, Be Our Agents for a Deal
Isaiah Berlin on 'The Russian Preoccupation with Historicism'

Rewriting history to justify current actions
Mayors, Be Our Agents for a Deal
Isaiah Berlin on 'The Russian Preoccupation with Historicism'
Collapse and the Amnesia of the Golden Future
Candy? Candy?