Rules for Revolutionaries: How Big Organizing Can Change Everything

Category
Anthropology & Social Sciences
Movements & Communities
Politics & Power
Rules for Revolutionaries: How Big Organizing Can Change Everything
by Becky Bond
Published: Apr 16, 2017
Standfirst
A brazen challenge to the political establishment’s ‘rules’ for campaign strategy, this excerpt from Bond and Exley’s book introduces the advanced experiment performed on the fringes of the Bernie Sanders 2016 presidential campaign — empowering volunteers to build and manage the infrastructure to make 75 million calls, launch 8 million text messages, and hold more than 100,000 public meetings. Hmmm, with tools like these . . .
Body

By the end of the twentieth century, however, big organizing had been almost completely supplanted by a plodding, one-by-one organizing orthodoxy that we call small organizing. The rise of small organizing is a complex story involving the professionalization of politics, attempts by the liberal establishment to channel radical impulses of working class people and people of color into incrementalist politics, and the ascendancy of a bipartisan technocratic elite in both the Democratic and Republican Parties that has been accelerating the concentration of power in the hands of an increasingly small number of mega corporations and institutions.

People don’t need to be awakened politically — they are ready to get to work to make change.

We believe that it’s time to get back to big organizing in a big way. It’s already happening, as evidenced not only by the Bernie Sanders campaign, but also by other campaigns and movements before it, such as Obama in 2008, Occupy Wall Street, the effort to unseat George W. Bush in 2003–2004. We also see it in the immigration movement, in particular the DREAMers, the Movement for Black Lives, and to some degree in movements on the right such as the campaign of Ron Paul in 2004, the rise of the Tea Party, and even some elements of the madness that was the Trump campaign.

Big organizing is what leaders do in movements that mobilize millions of people.

Not everyone in these movements is a leader, but in big organizing volunteer leaders emerge by the thousands from every classroom, family, office and work area, neighborhood, and prison block. The movement doesn’t need to awaken or even train them—these leaders emerge ready to make change, and they bring their full selves and life experience to the task of building a movement that works. Our families, workplaces, schools, social networks, and other institutions are all inherently political. And in the current social context, people don’t need to be awakened politically—they are ready to get to work to make change. 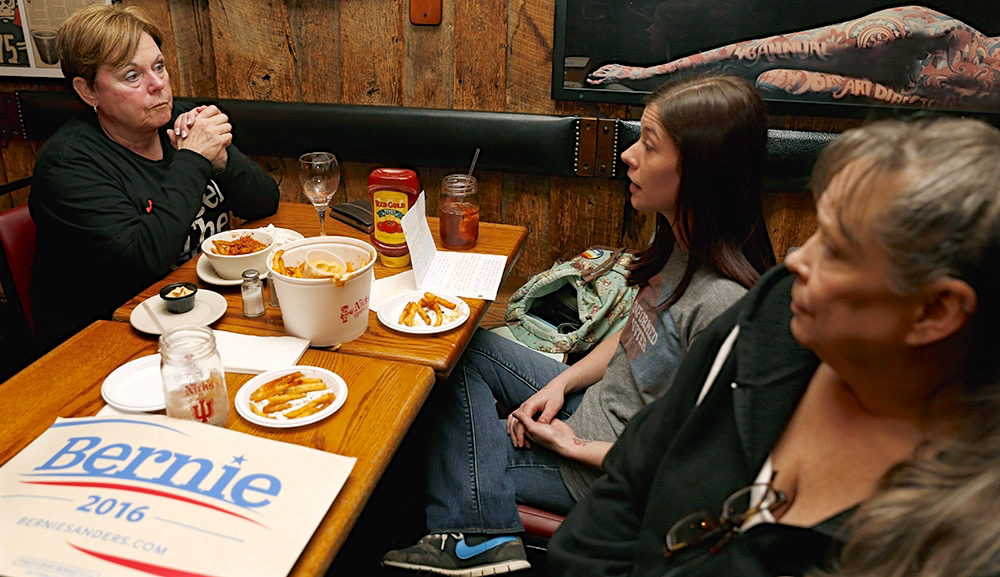 A movement powered by big organizing provides these already existing leaders with a scalable way to make a difference that evolves and becomes more sophisticated and powerful over time. On the Bernie campaign this looked like volunteer leaders holding phone-banking parties, staging volunteer canvasses, and holding volunteer-led mass organizing meetings. In other movement contexts, volunteer leaders would take on different “rinse and repeat” tasks.

The point is not that the revolution will be phone-banked, but that the revolution will be led by volunteer leaders who take on the work of a campaign plan, a plan that is so big it can only be accomplished when everyone who wants change (a majority of the people) works together. This could be everyone on a campus, in a community, in a workplace or industry, or in the entire country.

In big organizing we have big target universes. We need to talk to everyone—not just narrow slices of assumed swing voters—about what we want to achieve. We have to get as many people as possible engaged in the work of talking with voters. We have to have voters make demands of their representatives in Congress. Together, we will constitute a wave that will swamp the influence of big money, corporate media, and other establishment players who are invested in maintaining the status quo.

What do big organizing goals look like? Make public college free. End the drug war and stop the mass incarceration of black and brown people. Let everyone enroll in Medicare and make health care truly universal. Pursue an industrial policy that seeks to put everyone to work in the best jobs possible. None of these are crazy things to ask for. And it’s not crazy to ask for them all at once. In fact, all of those things are the status quo in almost every high- and middle-income country in the world. Bernie Sanders called for them, and he almost won the presidential primary. Our problems are big, so our solutions must be big as well. To achieve them we need a new kind of organizing, and that is big organizing. 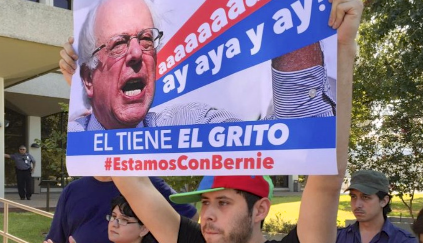 Big organizing rarely works around a single issue. Our struggles are all connected. We can’t achieve universal health care until we have immigration reform. We can’t fix income equality until we deal with structural racism and the historical legacy of slavery. We can’t resolve national and global security issues or reach full employment without working as hard as possible to stop climate change. Big organizing also needs to have a clear and credible theory of change that explains why organizing matters. Bernie’s message was that if we wanted to win on all of the issues, we had to organize for a political revolution.

So how do we talk to everybody about our big ideas? Part of the answer is to leverage technology to talk to everyone and allow thousands to scale up into leadership roles. What that looks like is a volunteer-driven campaign with consumer software—connected by custom coding—at the center; this structure makes it possible to scale the participation of people doing sophisticated work on central plans.

Small organizing candidate campaigns depend on so-called “big data” to narrow the number of people that must be engaged with predictive modeling, micro targeting, and message testing and segmentation. Big organizing depends on technology as well, but it emphasizes a very different approach. Big organizing uses technology platforms, particularly free consumer-oriented social collaboration tools—to get as many people as possible engaged in executing a campaign plan and to enable those people to talk to each other and to as many voters as possible regardless of where they live or how much time they have to spend doing it each week.

It demands a structure that scales . . . and requires the ability to absorb and delegate work to volunteers.

In big organizing, volunteers act as the staff of the campaign. With a structure where leadership roles at nearly every level are primarily filled by volunteers, a campaign can scale up with everyone doing more and more valuable work at every level.

In contrast, a campaign that only engages volunteers in basic tasks breaks down if there’s a huge influx of people willing to help. For example, if too many volunteers show up for Get Out The Vote (GOTV), organizers run out of walk packets. Too often, they’ll send the extra volunteers to hold signs on street corners or some equally worthless task that won’t impact the outcome of the election. Big organizing demands a structure that scales. And this structure requires the ability to absorb and delegate work to volunteers at all management levels as the campaign grows.

In our corner of the Bernie campaign, we attempted to build a big organizing structure capable of accommodating limitless numbers of volunteers by combining technology with old-school peer-to-peer organizing. The result was a national volunteer apparatus capable of distributing the work to hundreds of thousands of volunteers, giving a large number of people leadership roles, holding people accountable, and making it efficient for people to engage in high-impact voter contact no matter where they lived.

These volunteers worked in teams. The teams were led by volunteers who had proved themselves to be effective and accountable through work. It was the primary responsibility of campaign staff to recruit, empower, and grow these volunteer teams until the campaign scaled to the size necessary to win the big changes we sought. 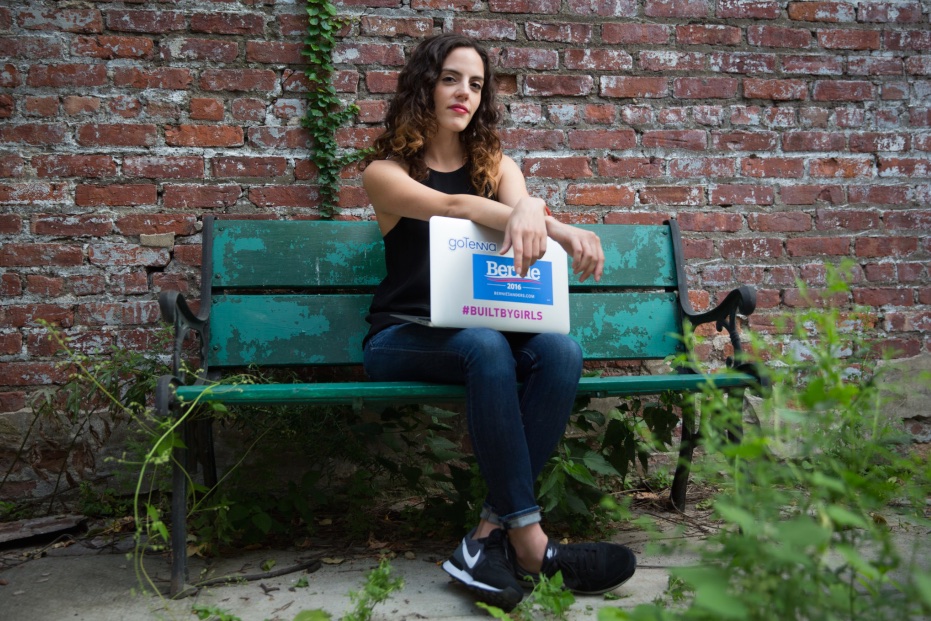 RULES FOR REVOLUTIONARIES: HOW BIG ORGANIZING CAN CHANGE EVERYTHING

by Becky Bond and Zack Exley

BECKY BOND served as a senior advisor on the Bernie Sanders presidential campaign and, with Zack Exley and others, was an architect of the campaign’s national, volunteer-driven grassroots campaign. Becky is a cofounder of CREDO SuperPAC, which was named by **Mother Jones as one “2012’s Least Horrible Super-PACs” for helping to defeat five sitting Tea Party Republican Congressmen. She lives in San Francisco.

ZACK EXLEY worked in a similar capacity with Becky as a senior advisor on the Bernie Sanders presidential campaign. He was a union organizer before becoming MoveOn.org’s first organizing director in its campaign to prevent the war in Iraq in 2003. Later he served as John Kerry’s director of online fundraising and communications, as a consultant to global NGOs, campaigns, and companies, and as Wikipedia’s chief community officer and chief revenue officer. He lives in the Ozarks.

For more information about Rules for Revolutionaries, and a downloadable, open-source teaching tool to help you implement change in your community, visit www.bigorganizing.com. 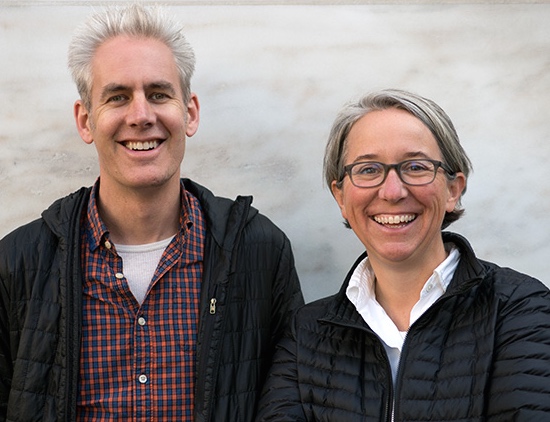 Rules for Revolutionaries: How Big Organizing Can Change Everything
What the World Doesn't Know About Canada
Mayors, Be Our Agents for a Deal
Tear Gas and Rainbows: Citizen Protest & Resistance in Turkey
Isaiah Berlin on 'The Greatest Leader of Democracy in the 20th Century'

What the World Doesn't Know About Canada
Mayors, Be Our Agents for a Deal
Isaiah Berlin on 'The Greatest Leader of Democracy in the 20th Century'
Migratory Beings: People, Plants and the Land We Share
Tear Gas and Rainbows: Citizen Protest & Resistance in Turkey