'Tango and the Close Embrace of Christmas' & 'Stilletos'

Category
Art & Aesthetics
DIY
Intimacy
'Tango and the Close Embrace of Christmas' & 'Stilletos'
by Amy Brunvand
Published: Dec 18, 2013
Standfirst
As part of our series, Revisioning the Winter Holidays . . . as if encased in a tree ornament, a poem and a moving picture gaze out at us to see who we are. (Scroll down for poem).

Tango and the Close Embrace of Christmas

I stopped by at that fancy bakery after work

To buy myself a piece of chocolate cake

With buttercream icing and while I’m waiting

My turn in line there’s a tango playing

On the sound system and all I want

For Christmas is to dance with a milonguero

In polished wingtip shoes, but my stilettos

Are sitting at home in the closet. I’ve aged out

Of being asked to dance, and as they say

It takes two. My little girl was tottering

Around in my high heels the other day

And she said Mom, it’s hard to walk in these things.

Those shoes aren’t made for walking, I told her

But I didn’t explain to her what they are for. 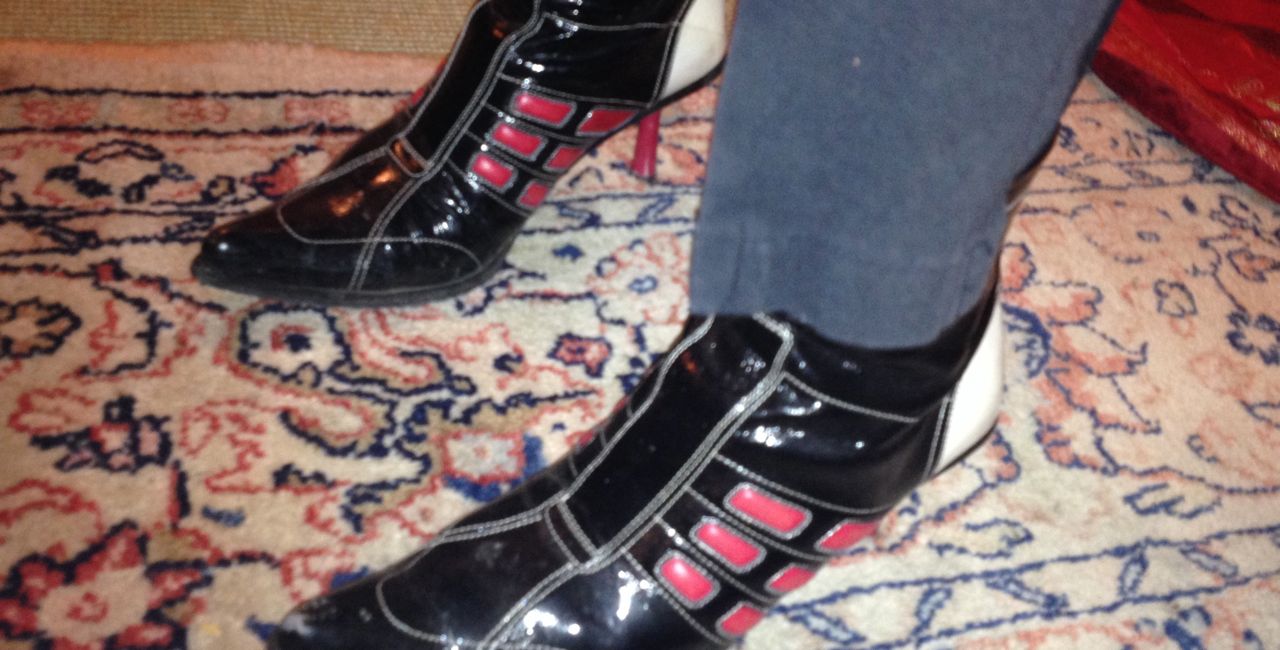 BARNABY RUHE is an American artist, academic and six-time world champion boomeranger. As an artist, Ruhe, a professor at New York University's Gallatin school of individualized study, is best known for his painting marathons, otherwise known as endurance feats.

URSZULA ABOLIK is an entrepreneur activist poet and pedagogist extraordinaire.  She makes it happen. A ruthless conversationalist, the soul is revealed and moved to the next place, shamanically. Thus she has dear friends. She owns the store Amber Connection, with amber and with connection.

Photos and video by Whitney Smith.