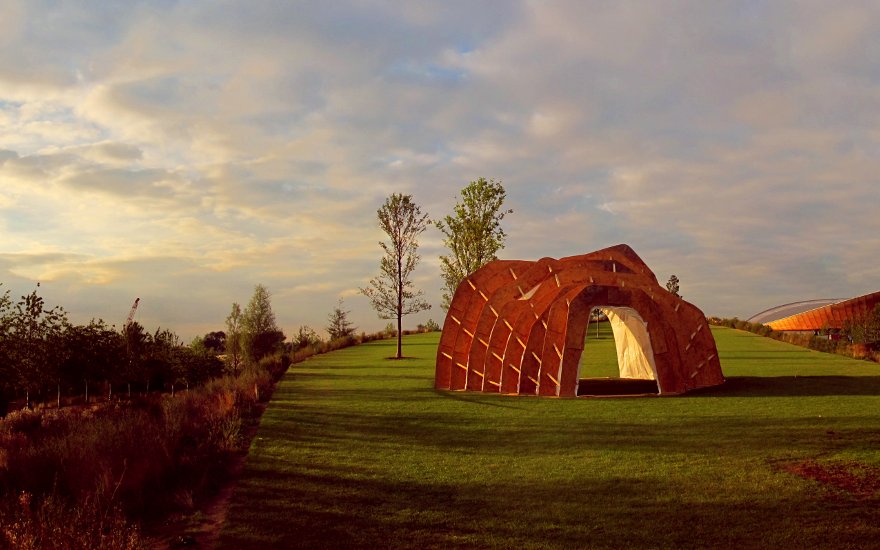 This October, a new embassy is appearing in central London, as part of the Bloomsbury Festival. And it's a very different affair to the gargantuan US Embassy currently being built down south in Battersea. Whilst America is looking to move away from the heavily securitised “fortress” that is their current embassy in Grosvenor Square and towards something a little more corporate, in the form of a £620million glass cube, in Bloomsbury, meanwhile, London's newest embassy is being made from the cheapest timber sheets available. And it may not be an embassy for a global power, or even a little-known principality, but for arguably something much more important: children's rights.

This new Embassy of Children's Rights is a collaboration between the Bloomsbury Festival and designer Natasha Reid, and it's made entirely out of oriented strand board (OSB), an engineered wood particle board commonly used for boarding up windows in disused properties. Reid was attracted to the idea of using this kind of material, because of her interest, she tells me, in “creating beauty out of something not normally associated with it”. And it is undoubtedly a beautiful structure – like the large and gently undulating ribcage of docile, prehistoric herbivore.

You can't save the world with
design alone.

The material's versatility also fits with the flexibility of the project itself. Because, before it becomes a sanctuary in support of children's right to play, the same flat-pack pavilion design has popped up in a host of different locations. Originally conceived as an Embassy for Refugees, realised in collaboration with engineers Arup, it now exists under the name, Transient Sanctuaries, and has appeared on the South Bank, the newly opened Olympic Park in Stratford, and as far afield as the Black Mountains in Wales, as part of Green Man festival. During that time, the pavilions have played host to a whole range of talks, workshops and activities: the incarnation on the South Bank, for example, hosted the UN High Commission for Refugees for their launch of Untold Stories, a report on families in the asylum process.

The ability of the structure to serve a multiplicity of different purposes in different locations demonstrates Reid's surprisingly humble approach to her own practice. Her interest, she tells me, is in “the power of design beyond just making stuff. It's about relationships between people and countries and institutions.” “You can't save the world with design alone,” she continues. “It can be a part of that process, but you're not going to change policy single-handedly.”

Transient Sanctuaries continues Reid's interest in appropriating the typology of authority for those in positions of vulnerability. As it says on her website: “It asks whether diplomacy can be employed for the marginalised rather than the powerful. Representation for the misrepresented?” The project continues to change and evolve, but this particular iteration in Bloomsbury is particularly fitting: “I developed the design of the pavilions through workshops with children,” Reid explains, “so it feels like a great way to round off the project.”

The Embassy of Children's Rights: Grand Opening – 18th October 2013, with illuminations, live music, food and all manner of other fun and games.
www.bloomsburyfestival.org.uk 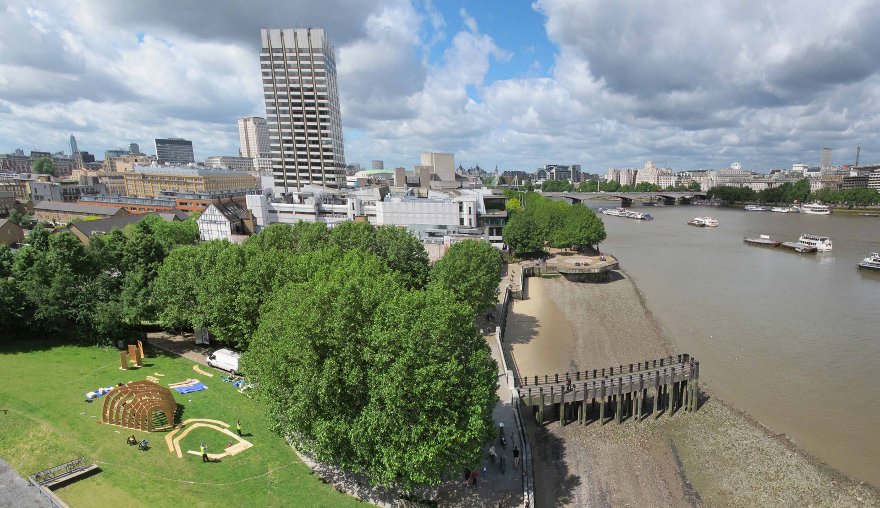 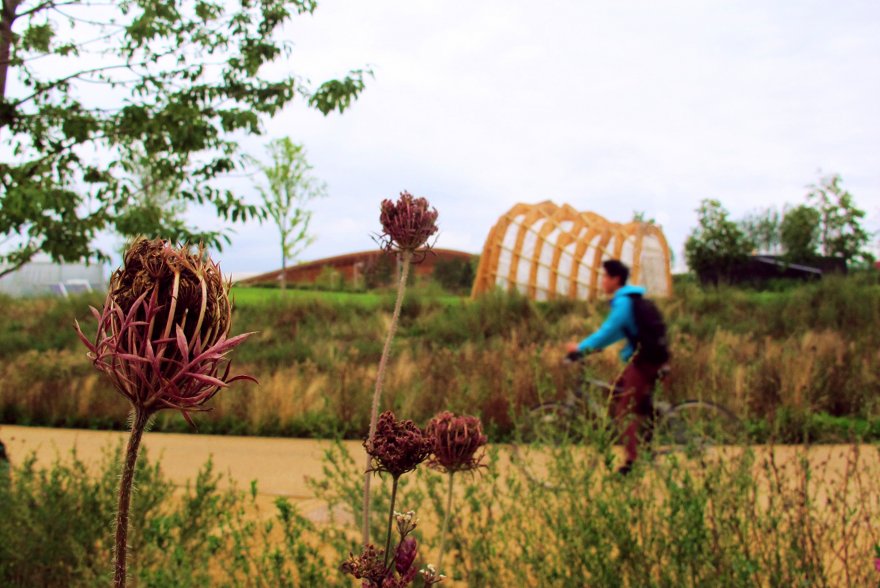 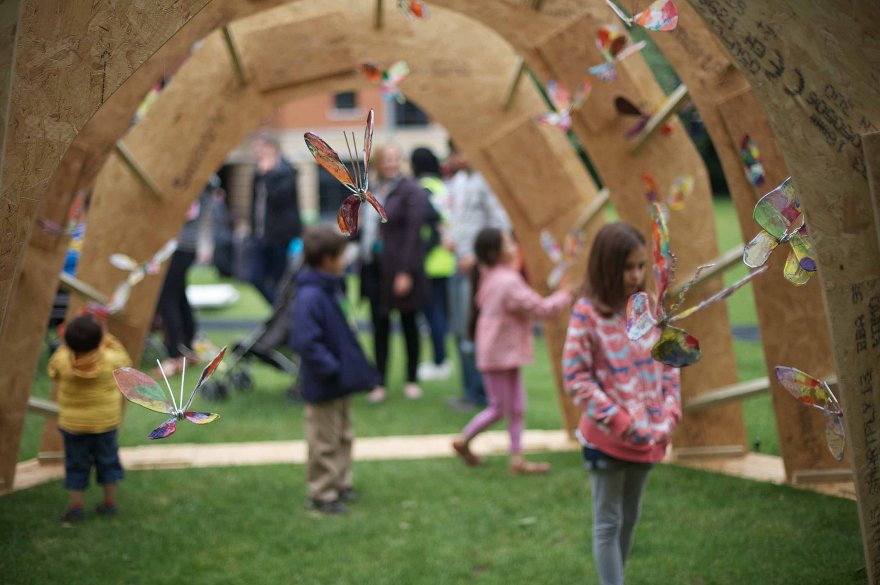 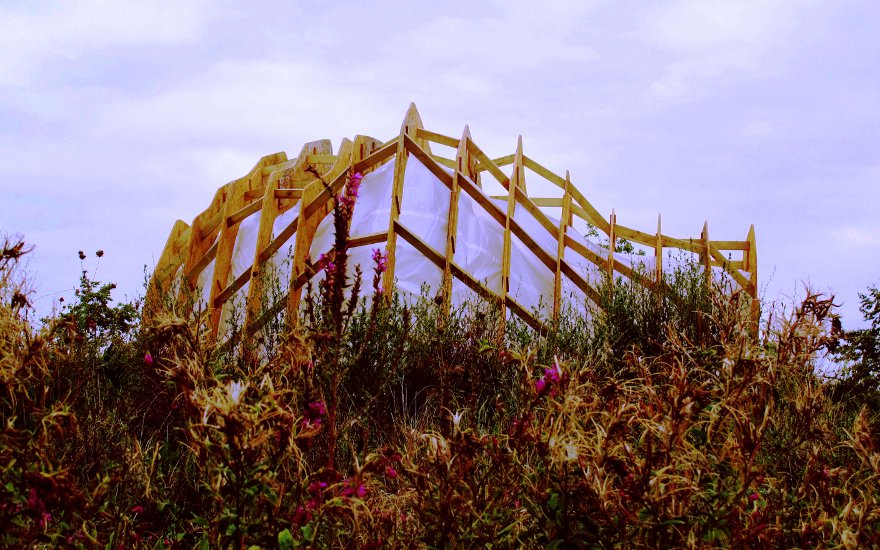