Category
Walking
Travel & Transportation
Neuroscience
Wild Culture Diary - March 2013
by Anonymous
Published: Feb 25, 2013
Standfirst
In the latest instalment of the series, we select our pick of the best events taking place across the world in the month ahead.
Body 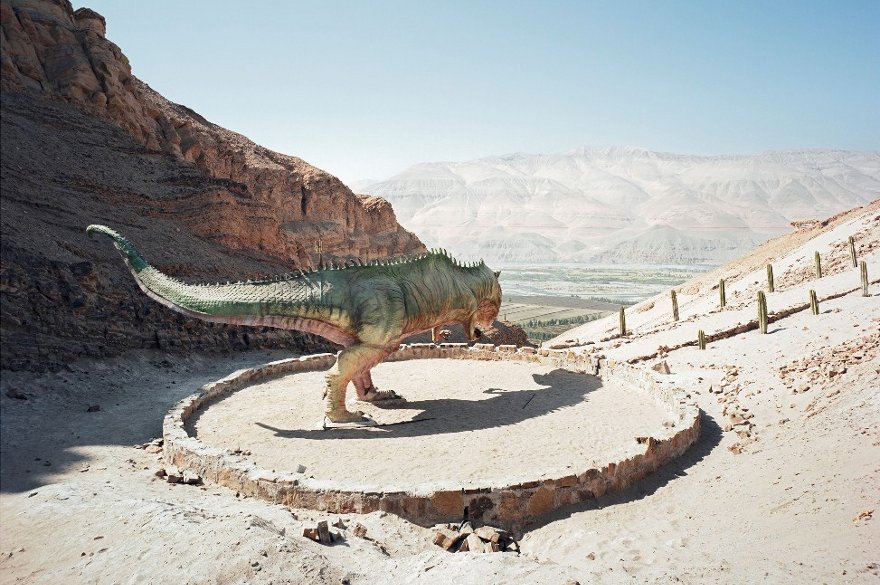 From 1st March
Ruins in Reverse
LONDON: Taking place in the Level 1 Project Space at Tate Modern is a group show exploring the relationship between the historical monument and contemporary urban neglect. The result of a new collaborative partnership between London’s Tate Modern and the Museo de Arte de Lima in Peru, the exhibition features work across a range of media by six emerging artists. Look out for a new commission by José Carlos Martinat as well as Pablo Hare’s extraordinary photographic series, Monuments. [pictured above]


From 2nd March
Affecting Perception
OXFORD: Coinciding with this month’s Oxfordshire Science Festival, the O3 Gallery is playing host to an exhibition entitled Affecting Perception, which looks to examine and consolidate links between the fields of art and neuroscience. Organised by the AXNS Collective (a curatorial collective of recent arts and science graduates), the exhibition is also supplemented by a programme of brilliant lectures taking place across Oxford. Highlights include Sebastian Crutch on the work of William Utermohlen and Jon Adams discussing autism, Asperger’s and art with Simon Baron-Cohen.


3rd – 8th March
National Invasive Species Awareness Week
WASHINGTON: Admittedly it’s pretty niche, but the National Invasive Awareness Week is nonetheless a fascinating concept. Now in its fourth year, NISAW is marked by a host of national, state and local events, with a major conference taking place in Washington DC. Worth catching are the high-level policy discussions and expert committee meetings, whilst the National Aquarium is even hosting a reception where invasive species will be served up to guests. There’s also a fun-sounding kid’s education day at the US Botanic Garden.


From 6th March
Plural
LONDON: Clerkenwell may mostly be associated with design showrooms, architecture practices and well-tiled gastropubs, but recently the area has also begun to establish itself as a hub of innovative contemporary art galleries. And this March sees two such galleries teaming up for an exhibition that responds to the lunar landings of the late 1960s and early ‘70s. Breese Little are curating, at the invitation of WW Gallery, and the exhibition sees work by five artists on show alongside vintage NASA photographs. There’s work across a range of media, with Rowena Hughes one of the highlights.


10th March
Out of Sight, Not Out of Mind
TORONTO: Started by the Toronto Green Community, Lost River Walks organise regular city-wide events to encourage understanding of Toronto (and indeed cities generally) as “a part of nature, rather than apart form it”. This Sunday, they’re teaming up with community events organizers Human River to take fellow participants on a walk through the lost rivers of Garrison Creek to coincide with a screening of Lost Rivers at the Bloor HotDocs Cinema. Garrison Creek was a small natural watercourse until it was diverted into underground sewers in the 1880s. Virtually disappeared by the 1920s, geographical traces of the stream can still be found.


15th March
Hilary Hahn & Hauschka
LONDON: The completely brilliant Bishopsgate Institute in London, founded in 1895 as a “home for ideas and debate” and housed in a Grade II* listed building, plays host to a night of improvised music courtesy of Hilary Hahn and Hauschka. Hahn is a double Grammy-winning violinist known for innovative interpretations and beguiling stage presence, whilst Hauschka (aka Volker Bertelmann) is a classically trained pianist and composer, with minimalist influences and a love of incorporating everyday objects like ping pong balls and bottle tops into performances. Eclectic contemporary ensemble Jetsam provide support.


15th – 17th March
Economics of Happiness
BYRON BAY: Presented by the International Society for Ecology and Culture, the Economics of Happiness Conference takes place this year in Byron Bay, New South Wales. The conference takes its lead from a film of the same name which argues for a focus on localisation in order to combat what they describe as “an unholy alliance of governments and big business”. Tickets are expensive ($300) but there’s a whole host of talks and workshops taking place – themed around place-based education, connecting to nature, and scaling up the localisation theory to a global scale.


17th March
Foraging Walk
LOS ANGELES: LA-based foragers Urban Outdoor Skills host regular walks, talks and workshops with the aim of reconnecting urban dwellers with the natural environment that’s so easy to overlook. Combining foraging for unusual ingredients with a focus on new and traditional preparation and preservation techniques, classes take place in a range of locations in and around the city. This Sunday, Mia Wasilevich and Pascal Baudar of sister outfit Transitional Gastronomy are running an hour-long foraging hike followed by picnic-style gourmet bites and a splash of artisanal beer with wild mugwort and white sage.


23rd March
Roppongi Art Night
TOKYO: As part of the slightly bizarre-sounding Tokyo Culture Creation Project, the Tokyo district of Roppongi is an all-night spectacle of art and culture, not dissimilar to the Nuits Blanches that take place each year in Paris and several other cities worldwide. Now in its fourth year but featuring an artistic director for the first time (contemporary artist Katsuhiko Hibino), the night features art, design, music, video, performance and a general party atmosphere. Look out in particular for Hibino’s Art Boat, incorporating work by a selection of emerging artists.