Internet Grief: Where the Island Meets the Metaverse

Category
Anthropology & Social Sciences
Tools & Technologies
Health & Healing
Internet Grief: Where the Island Meets the Metaverse
by Sadie Rittman
Published: Oct 16, 2022
Standfirst
As an 8 year-old, the author received her first exposure to the online world. As an adult, she reflects on what it took from her.
Body

The author in the Hawaiian islands. . . . a shared understanding that we could not disconnect.

We sit in a circle on top of a mountain in the middle of the Pacific Ocean. A man descended from chiefs strums a ukulele, singing songs that seem to animate the peaks, waves and waterfalls surrounding us. Someone passes around a hot drink and guides us through a ceremony to open up our circle for grief. I’m not used to social space for sorrow, and feel unsure. I close my eyes, touch the soft clay beneath me, and wait. When my turn comes, what spills out is: “I mourn that my generation grew up on the internet.”

I belong to a unique generation, the youngest to grow up on the internet that can also remember a time before. My memory of when it came into my life is distinct. One day, goggles on head, on my way to swim class at our condominium’s pool, I passed my mother in the home office. Back then, computers existed in one devoted space rather than everywhere. She looked up from her massive PC — ancient now, in techno-time — and said, “I should teach you how to use this.”

I do remember that it felt flatter, and as though slightly fewer brain cells were firing.

When I got home from swimming, Mom gave me a rudimentary lesson on “the internet,” which consisted of teaching me to type “disney.com” into the web browser so I could play games with beloved characters. At first, I found it no more interesting than anything else, just another way to pass time in moments of boredom. I do remember that it felt flatter, and as though slightly fewer brain cells were firing. This was a world less alive and more bright, flat and glaring.

By the time I was 12, I was on Facebook, and soon scrolled more than I’d swim. Endlessly, I’d browse the “profiles” that taught my young friends and me how to separate ourselves from “ourselves” and market “ourselves” to each other. While it may be true that the internet tantalizes with “connection” to a degree we’ve never known before, zinging us all around the earth in seconds and letting us meet in a “metaverse,” it is a connection that disconnects. It flattens us onto screens that do not know our bodies, senses or environments. At 16, I was aware that babies were born as “digital natives” to this world, with tiny fingers that knew the screen and eyes already accustomed to the brightness.

They are beings who never knew the time before. There is a power in knowing. Knowing what came before (or remembering it, if only vaguely), I can know what’s been stolen from our very childhoods, what we’ve been cheated out of: a directness of life that offered itself before the screens chemically and algorithmically robbed our malleable attention, separating ourselves from ourselves as profiles and data points. So, in the flow of money sucking upward towards Mark Zuckerberg, we won’t go softly. We won’t go softly into that “metaverse.” 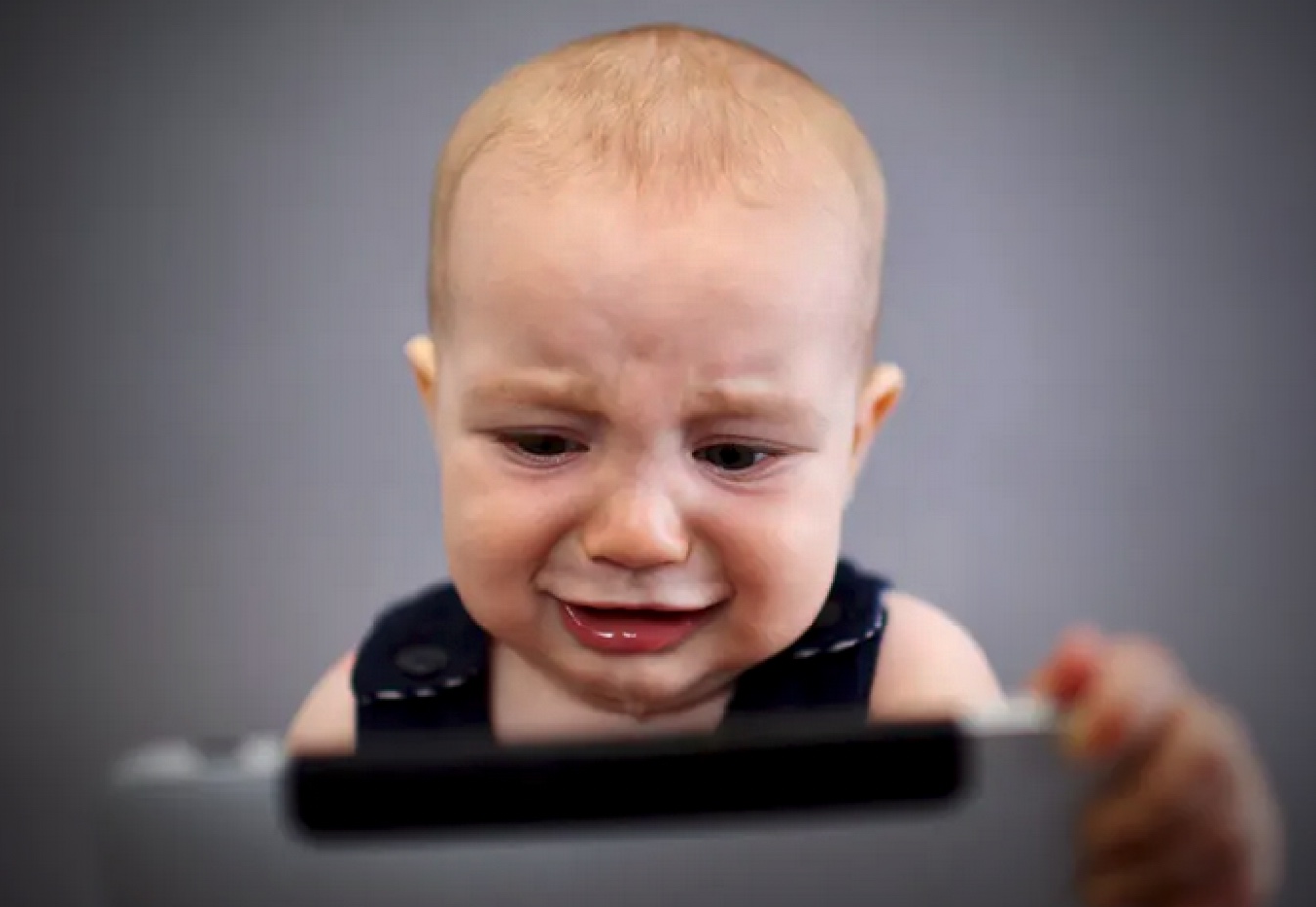 Digital natives . . . with tiny fingers that knew the screen and eyes already accustomed to the brightness. [o]

Up on the mountain, when I opened my eyes my friends were nodding, gleaming. Down below us, Mark Zuckerberg was also enjoying the island that day. He’d recently bought 1,500 acres of it. “Land ownership” is not indigenous to the island of Kaua’i. My friend, the musician playing the ukulele, lives on and tends an ancestral taro patch. Taro, or kalo, is a root vegetable, and because of the way it is harvested and re-planted, several generations literally touch the same plant. It is particularly close to humans in Hawaiian cosmology, said to have grown from the stillborn son of the earth mother and sky father, just before they gave birth to the first person. My friend argues that land cannot be “owned” or “bought.” He faces eviction as foreign nationals have bought the taro patch and want him to leave so they can build a holiday home.

Mr. Zuckerberg’s estate covers what were previously several kuleana land titles owned by Hawaiians. These land titles originate from 19th century attempts to keep Hawaiian lands in Hawaiian hands amidst foreign encroachment. His tactics to buy this land included creating a shell corporation called “Northshore Kalo LLC,” such that Hawaiian title holders thought they were selling their unoccupied land to a taro grower. When they found out the purchaser was actually one of the world’s richest men and had nothing to do with taro at all, to fight back seemed nearly hopeless.

Indeed, our separation from ourselves as data points in the metaverse is only the latest in a history of separations that has shaped the world we live in “for certain purposes and not for others”;1 that is, for capitalism. The “self-commodification” and corresponding surveillance capitalism of social media emerges from a history of disconnections at the service of our capitalist order.2 In the 17th century, Descartes split mind from matter, which would, arguably, begin to formulate the modernist reality. This “split” was conveniently congruent with the then nascent market economy, which required the disentanglement of “the individual from a web of community and spiritual obligations.”3 Anthropologist Frédérique Apffel-Marglin has argued that a radical reshuffling of land, community, and economic relationships occurred with the enclosure of community “commons” in 17th century Western Europe, separating “land” from “people” to produce the twinned emergence of land as “an economic resource,” and the individual “who calculated his advantage while responding to impersonal invisible market forces, and who unilaterally acted upon the land and the people for his own advantage.”4 This configuration has, of course, been taken around the globe colonially.

As children of both the climate crisis and social media, we were called into our reconnection at the same time that we were inducted into our newest separation.

Yet, climate crisis renders these foundational separations untenable. As Bruno Latour writes, “the earth has now taken back all the characteristics of a full fledged actor”;5 earth does not sit passively, inertly, endlessly extracted upon. Moreover, as we confront the droughts and floods and pandemics and fires, we find ourselves in what Nils Bubandt calls “a metaphysics that has lost the ability to distinguish the bios from the geos.”6 We cannot separate humanity from the other species, elements, and forces with which we co-create and of which we exist. We are called, forced even, to re-connect.

When I was 8, the same year that I learned how to use the internet, we learned in school about climate change. Our class made dioramas about how human activity impacts airs, waters, lands. We held in our hands miniaturized understandings of the co-vulnerability, the essential connection, that climate crisis forces us to confront. We understood easily, existentially, that we could not disconnect.

The scholar of religion David Haberman suggests that “a very special kind of love is accessible to us during these very challenging times. A new experience is available for humanity in the world today; a possibility is being offered to us that has perhaps never existed before.”7 This is because “vulnerability introduces a whole new possibility in love”.8 Just as in human relationships, sharing vulnerability deepens the power and intimacy of connection. This might be the same principle that brought us to the top of the Hawaiian mountain to sit in a circle and share our grief. As children of both the climate crisis and social media, we were called into our reconnection at the same time that we were inducted into our newest separation, ourselves from ourselves as profiles, as data points, enriching the likes of men who can buy up sacred islands where the people are still singing, resisting, and co-creating. 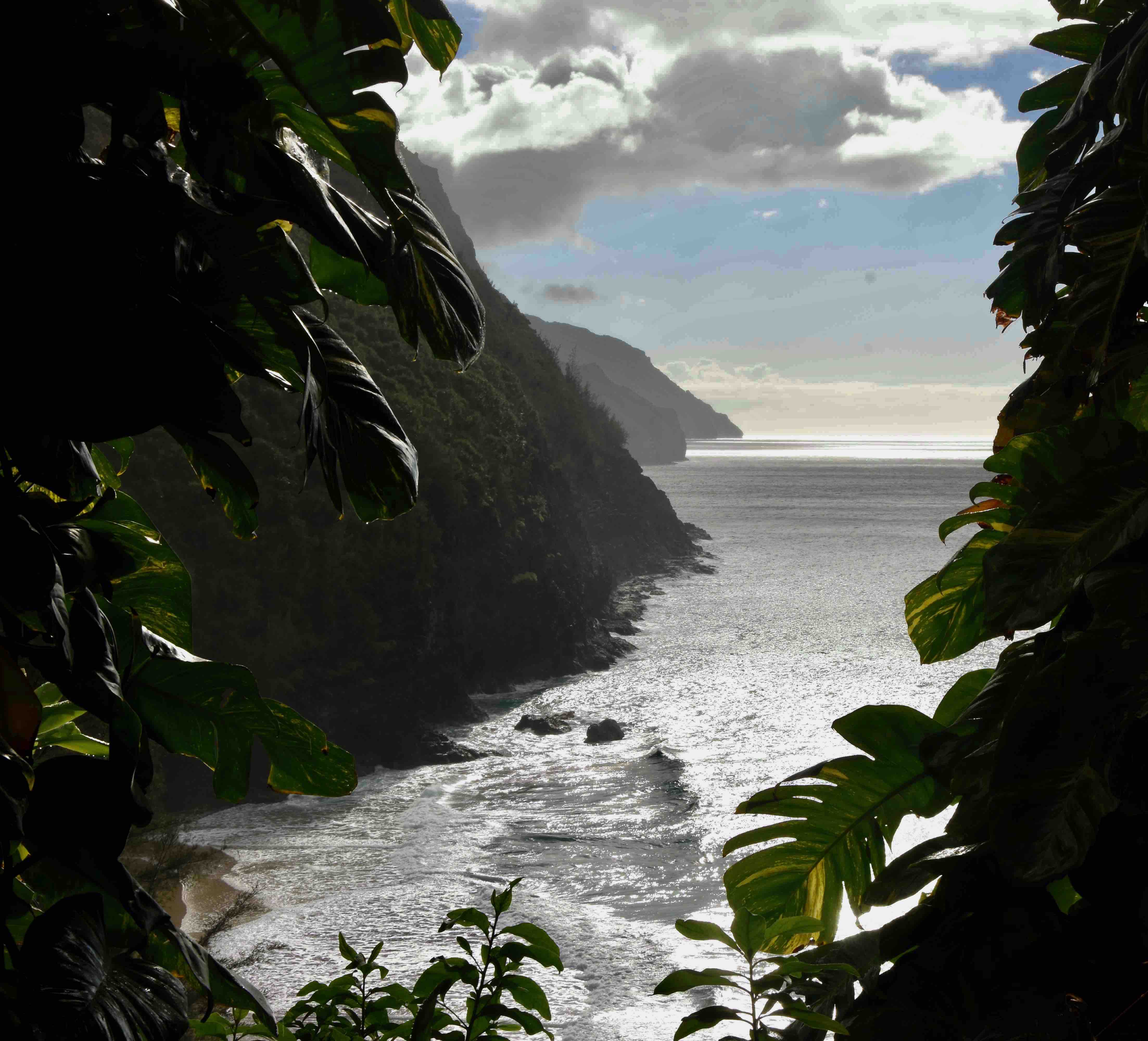 "We held in our hands miniaturized understandings of the co-vulnerability that climate crisis forces us to confront."

Mark Zuckerberg says he loves Kaua’i. Alongside other localized philanthropy, he and his wife recently donated $50M to the Hawai’i Institute of Marine Biology to support research in climate change and ocean health. Ambivalence is appropriate; at the same time that he donated, he was also buying more acreage to expand his beachside property. But maybe where the island meets the metaverse can prove a battleground in this — our age of reconnection. It was for me.

When I first moved to the island at 22, I was thrilled to paddle out into the ocean. Learning to surf overwhelmed me with an immediacy I hadn’t felt since early childhood. Not only could I feel the power of the island’s waves, peaks and waterfalls, but I could also feel, out there on my board, that I was finally unable to check my phone. Maybe Mark Zuckerberg is just as desperate, desperate to feel himself out there in the ocean and alive in this world. ≈ç

SADIE RITTMAN is a writer and anthropologist exploring intersections of climate change, mysticism and myth. She was born in New York and raised in Singapore. At the moment she lives in a van somewhere in Europe.

Top and bottom photos by the author.

My brother recommended I…

My brother recommended I…

My brother recommended I would possibly like this website. He was entirely right. This submission actually made my day. Thanks!

Internet Grief: Where the Island Meets the Metaverse
Kevin Kelly: What Technology Asks of Us
Questions About the Current Pandemic from the Point of View of Ivan Illich
"I Feel Invisible."
Rewriting history to justify current actions

Kevin Kelly: What Technology Asks of Us
Questions About the Current Pandemic from the Point of View of Ivan Illich
The Restart Project
Birds falling from the sky: Knowing how 5G could affect us
Singularity