Breaking up with Modernity

Category
Art & Aesthetics
Music
Religion, Mysticism & Ritual
Breaking up with Modernity
by John Davis
Published: Dec 10, 2017
Standfirst
COMMENTARY ON A DANCE. Billed as a "a trance-noise odyssey that transcends all borders", Attractor is an Australian-Indonesian dance performance with music made by a duo with hand-made electrified stringed instruments and operatic, heavy metal-style vocals. Attending a recent performance in Los Angeles, our roving Southern California correspondent — accustomed to gazing upon his subjects through the multi-focal lens of ecology, aesthetics, history and anthropology — asks what a cross-cultural "ecstatic music/dance ritual for non-believers" can tell us about our habit of getting stuck.
Body

How do we escape modernity? In the book, Ecological Thought (2014), Timothy Morton writes

We simply can’t unthink modernity. If there is any enchantment, it lies in the future. The ecological “enchants the world,” if enchantment means exploring the profound and wonderful openness and intimacy of the mesh. What can we make of the new constellation? What art, literature, music, science, and philosophy are suitable to it? Art can contain utopian energy. As Percy Shelley put it, “art is a kind of shadow from the future that looms into our present world."

In what kinds of art do we find these foreshadowings? I can only speak from my own experience: earlier this month I underwent just such a foreshadowing at UCLA’s Royce Hall. Attractor, a dance performance by Australia’s Dancenorth and Lucy Guerin Inc. — and choreographed by Gideon Obarzanek and Lucy Guerin, with music by the Indonesian duo, Senyawa — enchanted me. I was mesmerized by a vision that seemed to broach the sentience of the nonhuman that, for the fleeting moments of the performance, seemed to animate the universe.I was primed for the experience, having just finished Morton’s book Humankind, Solidarity with Nonhuman People (2017) in which he invites us to eschew the anthropocentric and embrace the “cold and dark and mysterious and spooky . . . spectrality” that lurks within the modern world of exclusively human animation — which we have fashioned so carefully over the last half millennium. The dance I saw represented an invitation to establish a solidarity with nonhuman people (Morton’s phrase for all the species, land forms, geological formations, and micro-organisms that subsist betwixt, between and within us all, in elaborate symbiosis), and even though it was a dance of human people (their micro-organisms jiggling and giggling within) their movements and the music referred to the fully animate universe in which we all, human and nonhuman, dwell.

We may glimpse a future no longer completely beholden to the modernist project and imagine a world of connections instead of ideological impositions.

Susan Leigh Foster, who is Professor of Choreography, History and Theories of the Body in the Department of Dance at U.C.L.A., and a friend, attended the same performance. She was at pains to enumerate the formal shortcomings and clichéd stylings of the performance; such is the lot of an experienced eye and ear, as opposed to my joyfully naïve viewpoint.

In UCLA’s Center for the Art of Performance program, under the heading, “A Note on this Unique Ritual,” it claims that “Senyawa reinterprets the Javanese tradition of entering trance through dance and music as a powerful, secular, present day ritual”, and goes on to suggest that the music “builds to a euphoric pitch while the dancers are propelled into wild physical abandonment and ecstatic release, creating a visceral, empathic experience for the audience.” So yes, we are told what to feel; and yes, as Susan complained, there may be an element of cultural appropriation here: perhaps of ancient Paleolithic cultural rites and, yes, from this appropriation arises the stench of colonialism which hangs heavy over Australia, where Europeans have largely subsumed the aboriginal tribal culture within their conquering Western civilization.

In Indonesia, under colonial rule for half a millennium, first by the Portuguese and then the Dutch, the Austronesian people (who had arrived in the archipelago some 1,500 years earlier) survived and now make up most of the population. Ironically, they usurped the original Island inhabitants who had populated both Indonesia and Australia some 45,000 years ago. These ancient migrants continued to live undisturbed in Australia until, from the 1770s, they began to suffer a genocide during the European invasion. 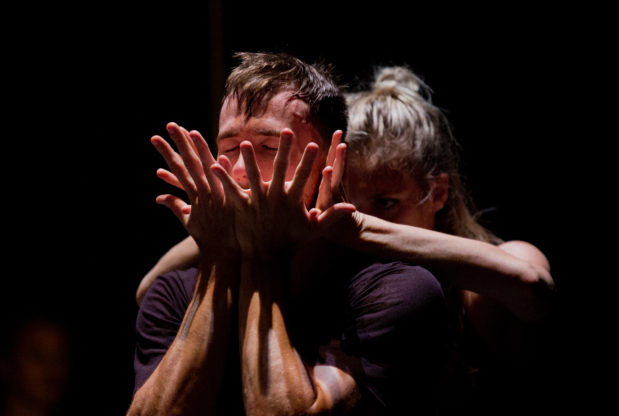 Cultural appropriation of primitive rites in this performance piece concerns Javanese rituals rather than aboriginal practices of corroboree (an Australian Aboriginal dance ceremony used in a sacred ritual or informal gathering). Ancient Australian aboriginal music was performed using clap sticks and voice chants, while their dance moves focused on the imitation of animals and birds (the didgeridoo is a very late addition to aboriginal musical culture); Javanese music is substantially richer to Western ears. But in any case, the stringed instruments, flutes and polyphonic percussion such as the gamelan are all comparatively recent, dating back possibly to the twelfth century. Senyawa’s appropriation of these historic forms is influenced by heavy metal bands like Black Sabbath, Metallica and Iron Maiden where the noise and distortion usually transcend the melody line, demanding screamed and frantic vocal performances. In Attractor, faux primitive instruments are electrified and amplified to heavy metal pitch while the dancing echoes the ecstatic, frenzied and repetitive vocal parts.

This brief overview of the elements of appropriation make it clear that the artists are not acting out of any obvious colonial privilege, nor condescending to tribal primitivism. Instead, the artists have created a mash-up of historic musical forms (heavy metal and Javanese trance music) and applied choreographed movement that is a combination of traditional ecstatic dance forms and a kinetic shadowing of vigorous, head-banging heavy metal vocals. The two members of Seyawa, Rully Shabara and Wukir Suryadi, are avant-garde artists toying with various Javanese and Western traditions; they are in no way traditional folk musicians but belong instead to a global tribe of musicians). As such, they are comfortable collaborating with sound engineers in Denmark, Australia, and the U.S. to produce their combination of abstract (nonhuman?) vocalizations played against the sonic assault of Suryadi’s homemade electric instruments. No patronizing of indigenous cultures here: for better or worse, full membership instead in the global media village. For instance, their live performances in Java recorded by the fashionable French filmmaker, Vincent Moon (Calling The New Gods — Senyawa Live in Java). The choreographers, Gideon Obarzanek and Lucy Guerin, are acting out of a similarly avant-garde, international practice. 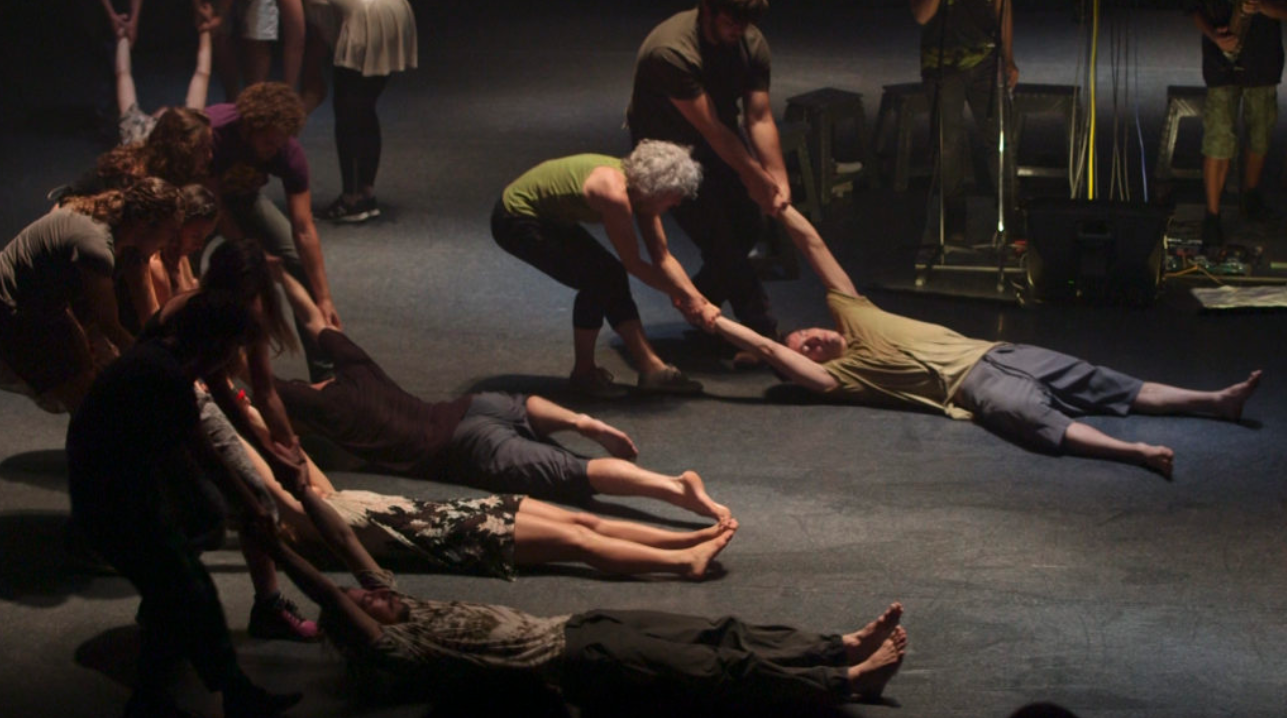 So, their collaborative performance in Attractor injects contemporary essences of ecstatic faux-primitivism directly into the audience and establishes intimations of future regressions into a fully animate world. Those who witnessed this performance may glimpse a future no longer completely beholden to the modernist project and imagine a world of connections instead of ideological impositions. The performers generate a whiff of freedom: of a future where we are no longer indentured to neoliberalism, where we can escape the Western disease and find new meaning in the nonhuman realm.

Is this consciousness available outside the realm of art and performance? Can we carry it with us out into the world? David Orr writes in his new book, Dangerous Years, the Long Emergency and the Way Forward (2016), that we cannot simply “will ourselves to that empathic new world”. However, he does note that there exists “an inexplicable process of metanoia” that involves “liberation from bondage — physical, mental emotional — a total change of perspective”. Morton’s notion ‘of utopian energy’ generated by art can kick-start Orr’s ‘metanoia’ where we can establish — if indeed we embrace this change of perspective — solidarity with the human and nonhuman.

On a personal level, we must wish it: finding light in the darkness of a climate-changed world — whereby weather terrorism has become the critical limit on humankind’s social, economic and scientific endeavors — involves a religious conversion, not towards what Orr speaks of as Christian renewal, but towards an eschewal of the monotheisms which originally depended on the elimination of animist gods and a reversion to an animated universe — to a world overflowing with nonhuman gods. This is the world to which Attractor transports us.

It is a world where there is an elision of the divisions between the human and nonhuman, where we might loose the bonds of Modernity and attempt our escape from its tentacular grip. ≈

For this performance, 20 unrehearsed participants join the performers onstage, dissolving the distinction between dancer and non-dancer, audience and performer, in a cross-cultural, shared ritual. Find out more about how you can be part of the performance here.

Breaking up with Modernity
How to Craft a House Spirit
Cabaret of Wild Culture, May 9, 2015
Roxanna Bikadoroff: The Spirit of Art Through the Female Lens
Sink or Sing