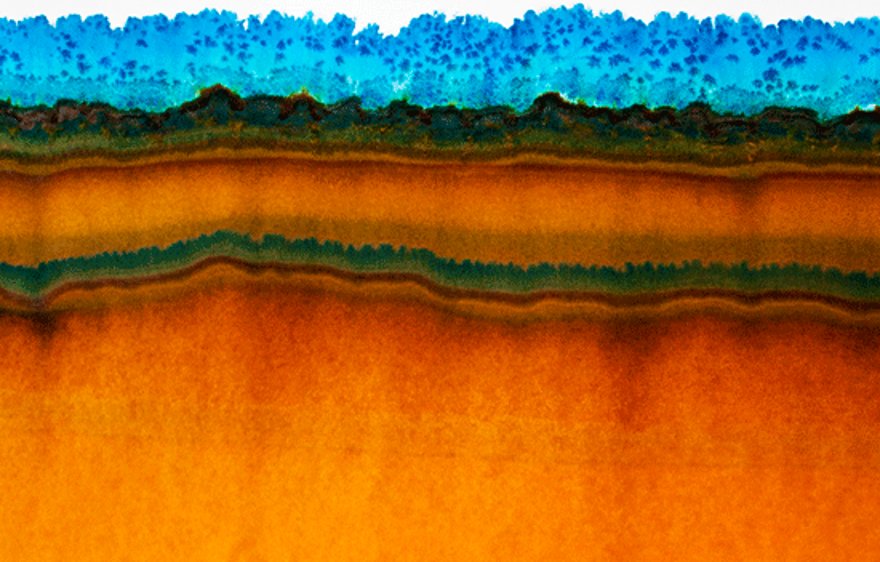 With the imminent arrival of yet another new art fair – Tim Etchells and Sandy Argus’ big-hitting Art13 – in March, it’s even more instructive than usual to see how the calendar’s traditional curtain-raiser, London Art Fair, sets the tone for the year ahead. And, as ever, the fair rises to the challenge. Yes, the Business Design Centre is a pretty soulless structure and as tricky to navigate as ever, and yes, the central bulk of the fair is still comprised of fairly uninspiring twentieth century oil paintings. But the gradually increasing focus on contemporary art and projects ensures that this is always more than simply a Cork Street sales binge.

This year, there seemed to be a tangible sense of excitement around the fair. The presence of cutting edge names like Hannah Barry, Limoncello and Poppy Sebire ensures that the critics should find as much to interest them as the collectors – and Sebire’s decision to clad her stand in floral wallpaper for a Georgie Hopton solo presentation is a nice slice of anti-art fair domesticity. The Residence, by contrast, presents a tremblingly austere selection of sleek goth futurity.

Elsewhere in the Art Projects section – probably stronger and more interesting than in previous years – a number of galleries excel. The most diverse but consistently engaging is, for me, La Scatola. Steven Morgana’s Pistoletto-pilfered plinth works surprisingly brilliantly in the context of the fair, whilst Sarah Tew’s small-scale suspension of paper in pigment is simply beautiful [pictured above]. The accompanying editioned works are exquisite too. It’s also great to see Sarah Maple’s work in a fair for, I think, the first time: the paintings aren’t her best I would argue, but the Disney princess series is still a triumph (and the dreadful frames all the more amusing in this kind of commercial context).

Other personal highlights include Frances Kearney’s contribution to the Eastern Pavilions project – a network of galleries across Cambridgeshire and beyond. Her carefully stilted, touchingly absurd composition reminds me of a kind of fusion of Noemie Goudal, Scarlett Hooft Graafland and Lucas Foglia: beautiful and strange and rooted in the ritualistic locality of the Norfolk coast. Inguna Gremzde’s painted bottle tops (which I first came across at WW Gallery last week) are enchanting; the Catlin Guide is back with a bang (and looking mighty fine in its rich yellow cover); and Alice Walton’s mixed media floor assemblage is my pick of a strong selection at Tintype (also showing at a fair for the very first time).

After last year’s headline-grabbing stunt (which actually sold) Edel Assanti return with a more traditional art fair offering, in which the subtleties of Jodie Carey’s mixed media canvases stand out for their sense of calm consideration. Other works to look out for include Oliver Michaels' beguiling architectural photographs at Cole, elegantly silvered screenprints and drawings by Christina Mitrentse at dalla Rosa, and Lynne Collins’ crisp evocations of plenty and decay at Troika Editions (it’s good to see her career developing since I reviewed her work at Rich Mix in 2010). Meanwhile, downstairs at the front of the fair, Danielle Arnaud and Charlie Smith present the kind of confident, balanced offerings that we’ve all come to expect from them.

Unsurprisingly however, for anyone that knows me, the real treat of the fair is a selection of new works by Nadine Feinson on show at Hoxton Art Gallery. Alongside a piece from her PhD show and some small-scale works that I’m not entirely convinced by are three new paintings that demonstrate a fascinating new conceptual direction. After the innovative formal experimentation of the past couple of years, Feinson’s latest work represents a tightening of approach and a subtle focus on texture, material and the structures that underpin any approach to painting – both physical (masking tape, frame, surface, backing) and systemic (linguistic, intellectual, aesthetic etc). It helps also that they’re heart-breakingly beautiful.

London Art Fair 2013
Creativity in the ruins: an interview with Steven Morgana
Wild Culture at the Venice Biennale, 2013
Making It: Public Art, Prizes, and the Nature of Success
Have Love (Whoa Baby) Will Travel - an interview with Kerry Brewer

Creativity in the ruins: an interview with Steven Morgana
Wild Culture at the Venice Biennale, 2013
Making It: Public Art, Prizes, and the Nature of Success
Have Love (Whoa Baby) Will Travel - an interview with Kerry Brewer
Generation