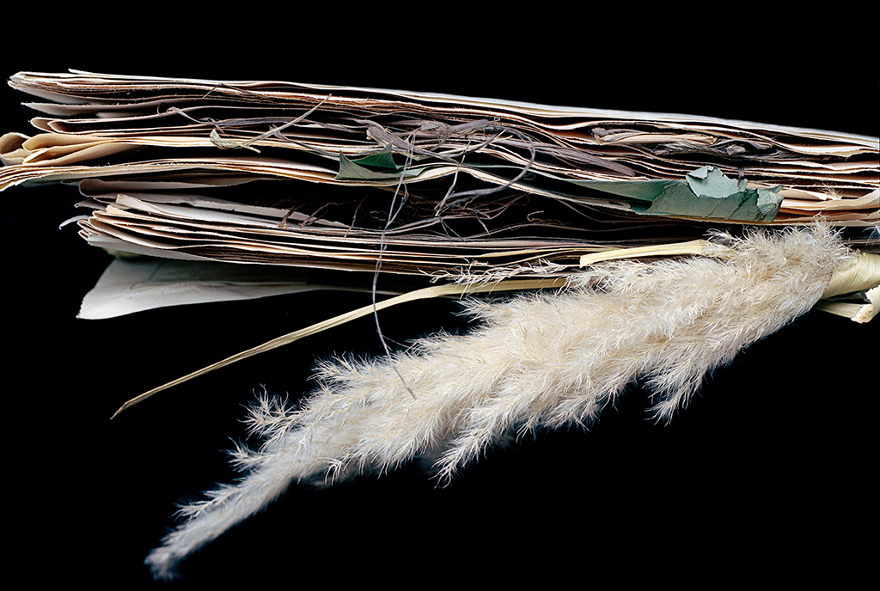 Pressed flowers
Feather of grass
Layers
Imprinted with forgotten stories
To be catalogued someday
Labels
Testing curators’ handwriting
Hippopus hippopus
Dislocated from their objects
Waiting to be reattached
Remembered
Shoeboxed until then
The Smithsonian
That’s what my Grandpa called his basement
The chunks of volcano, neat
The ones here brought to England by a Victorian collector
A doctor, Dr Henry James Johnston-Lavis
A fellow pupil threw a rock at him
Inside was the fossil of a sea urchin
So it began
The jar of grey fine ash, the aftermath of the eruption
Labelled Mount St Helens
On my father’s desk
Given him by his father from his visit there
Where is the jar now
Or my grandfather’s collection of rocks
Quartz
Fluorspar
The shining crystals
My albums of pressed flowers
Primroses from the hedgerows
Flattened under the weight of books
I had forgotten these
And the schoolgirl collection of my mother
Labelling the wild flowers she collected
Latin names for Finnish flowers
The sound is now extinct
We put on headphones
We hear the sound of the museum where the stuffed birds sit
Empty nests of tape
Insects collected in England
Transported to Australia
Crumbling wings
The helicopter leaves of an ash
In the next picture they are dust
Only the label remains
The neat handwriting of the collector
The music box of bird song
A mousetrap of wire
I feed the note paper in
Like film into a camera
Until it catches
I turn the handle
The call of the bird
Huai, extinct
The plink plink of a child at the piano
Hesitant
One finger at a time
It calls
‘Who are you?’

Olivia Sprinkel is a creative writer and thinker. She is the author of the Creativist Manifesto, and is a member of 26, the writers’ association, and of Forest Poets. Her poems have featured in exhibitions in the Victoria & Albert Museum and William Morris Gallery. She also works as a communications consultant, specialising in sustainability, and would like to bring more wild culture into the corporate world. Olivia is half-Finnish, half-American and lives in London.