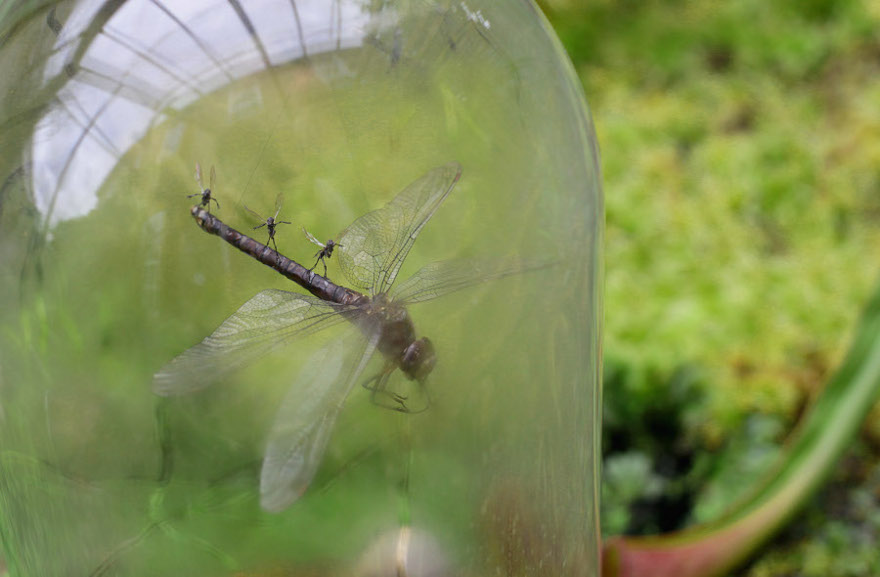 The big question when bringing art outside the gallery is what to do with the signposts. Certainly it’s one of the many points of comparison between two ostensibly rather similar exhibitions that have graced London simultaneously this autumn. On the one hand is Pertaining to Things Natural, a loftily entitled occurrence in the ever-charming Chelsea Physic Garden; on the other, Wild New Territories at the oft-overlooked but quietly fascinating Camley Street wildlife reserve just behind King’s Cross station.

At Chelsea, things are very subtle, very ordered – the typography of the signage in keeping with the need to classify. Nowhere is this more apparent than in the works of Tessa Farmer – exhibited inside the glass house dedicated to carnivorous plants. The font is different but the tone the same: Tessa Farmer – The Heist, next to Lentibulariaceae Pinguicula Esseriana, among others. I’ve written before that Farmer’s work often seems constrained when contained within glass, as if the insinuating potential of what she’s doing is somehow boxed off and closed down. But here, housed inside two small glass domes, subjected to the strictures of classification, her dense little narrative-laden scenes of battle and sacrifice seem both to defy and to submit. Just like the carnivorous plants around us, in the glass house with their little Latin signs: nature both controlled and overflowing.

Over at Camley Street, and the signs are telling us something different. There’s a marked discrepancy in design between those signifying points of interest in the park – species of bird or types of tree – and those signifying art. Of course it’s a practical decision, but in a sense it’s a shame: if the exhibition is concerning itself, as it claims, with “the complex interconnectedness of the cultural and the environmental”, then its aims could perhaps be served better by allowing this interconnectedness to remain ambiguous and open to question. Why so boldly underscore the difference between Alma Tischler Wood’s gold-leafed birdhouses, for example, and the park’s ordinary, pre-existing chipboard ones? 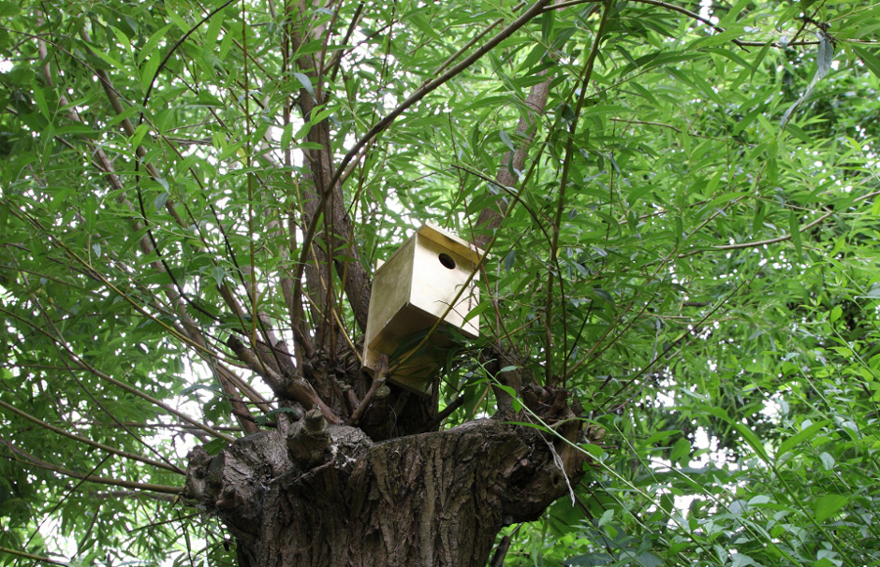 Similarly, there’s potentially something nicely subversive about hanging work by bigshot artists like Gillian Wearing and Michael Landy next to a child’s paper tree, forlornly falling off an MDF cupboard door. But the captions under Landy and Wearing’s work – detailing date and medium and concept and process – make clear the hierarchy.

In both cases, at Chelsea and Camley Street, the signs are about control; so too the gardens themselves. Founded by the Society of Apothecaries in 1673 in order to promote the study of botany in relation to medicine, the Physic Garden is a typical moment of calm amid Chelsea’s assured affluence – its purpose to study plants for specifically anthropocentric purposes. In this context, the placement of Owen Bullet’s Implant is particularly instructive: the bright, crisp structure in oak and painted steel (like some kind of Modernist space probe) is gradually submerged within a sea of ‘wild’ green; or rather, a carefully controlled selection of species – “intercrop mix for dry shade” reads the sign.

Camley Street, on the other hand, is one of 1,280 designated ‘local nature reserves’ in the UK, established in 1984 by Camden Borough Council but now under threat in a manner that would be inconceivable in Chelsea. As King’s Cross is obliterated and regenerated, the sound of drilling clatters through the air – even as a moorhen peers into algae-coated water, and an ungainly fat young blackbird disappears into the bushes. This disconnect between sight and sound is neatly exploited by Jamie Griffiths, Diego Samper and Rob Scharein whose collaboratively produced installation introduces the sounds of the Amazon rainforest into this little patch of north London green. Similar ideas of nature boxed up, packaged and commoditised surface in Gordon Cheung’s painting from the new Tulipmania series, and Foreign Investment’s satirical intervention, which offers visitors the chance to buy sections of the sky above King’s Cross at £215.75 per square foot. 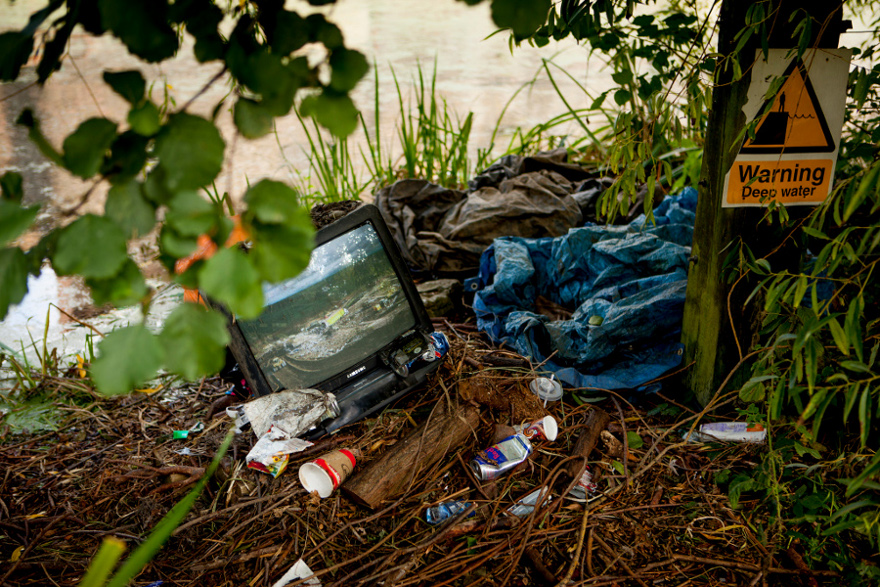 There’s one particularly lovely moment of collision – that brings together all these issues of control, commercialism, wildness and waste. It’s a video piece entitled The Surrey Hills by art duo Henry/Bragg. Playing out on a battered old television set and placed within a small compost heap, the film depicts a landfill site located within one of the UK's 46 Areas of Outstanding Natural Beauty. It’s a video of a scrapheap, exhibited on a scrapheap, and under the sign that tells us about the work is another sign: “Re-use all Refuse”, it implores us, trapped within a knowing kind of circularity.

As King’s Cross aspires to the condition of Chelsea, where James Capper’s ripper teeth lie rusting in the grass, the future of the wild looks increasingly uncertain. Perhaps reading the signs is no longer enough.

Wild New Territories is at Camley Street Natural Park and The Foundling Museum, London from 19th September until 16th December 2012 and then at The Simon Fraser University Gallery in Vancouver, Canada from 12th January to 13th April 2013.

Thank you for this thoughtful

Thank you for this thoughtful

Thank you for this thoughtful piece. Loving the 'wild safety' of Chelsea Physic Gdn.