Although the dark, cobbled alleyway is not the cause of my nervous state, it is definitely not helping. It feels foreboding, a sign of some turmoil about to arise on this crisp autumn night. I am headed towards a meeting; a group of fundamentalists that I stumbled across on the internet, the page inviting members to come along and discuss how far should they take their cause. They are activists. They are atheist activists.

I have no idea what to expect. My mind flashes with images of razored scalps and tattooed necks, clenched fists pounding tables as vehement voices carry rage and distain into violent action. I button up my jacket to the top, hoping it might make me blend in somehow. My only confidence is in the suspicion that I’ll stick out like a sore thumb.

The address leads me to a backstreet pub, a busy throng of people inside. Arriving a few minutes early, and seeing no signs of an obvious group, I head to the bar for some Dutch courage and perhaps some knowledge on who, in the establishment, are the members of this collective. Is the discussion to be held in public? Is everyone here a devout atheist? Or does the group merely consist of that old man in the corner who keeps picking at his eye.

When the bartender comes over I order a pint and ask him where the group is meeting. I thought he must not have heard me for he completely ignores the question, but as he comes back with the pint he slides it over and leans in, pointing to the corner. “Over there,” he whispers. “We’ll take you upstairs in a few moments.”

I do not have to wait long. A door opens to the side and I see people beginning to filter up the stairs. I cross, tack onto the end and follow them up to a private room.

The scene is not what I expected. Everyone is milling around, chatting and laughing back and forth, many seem like old friends. One thing is for certain: I do not stick out, at least no more than anyone else.

Around fifteen people are in attendance, all of varied age, ethnicity and gender. I take a seat between a well-spoken Indian fellow and a shorter, scruffy man who looks like an aging Popeye. The chatter in the room dies off as a dark-haired woman holding a clipboard captures the focus of the group. She seems to be the leader. All eyes are on her as she clears her throat and reads out the agenda for the evening. Number One: the appropriate action for the poor choice of non-blessed meat at supermarkets. Number Two: the reason for the poor turn-out at their last event. There is no number three.

We start with the turn-out. A tweedy looking man in his sixties begins the discussion; like many, he is disappointed with the attendance at a recent atheist march. He expected thousands to turn out, a bold procession storming through the city centre, chanting loudly and grabbing public attention. The group shake their heads in sadness as he reveals that only 300 showed up and that, due to poor planning, they finished up in a dead-end alleyway where no-one could even see or hear them.

Then the blame game begins. Popeye thinks that it was poorly advertised, that people simply didn’t know it was happening. Leader agrees. Someone suggests maybe the reason was that there was no specific purpose to the march, that it was simply pro-atheism. This gets a few heads nodding again.

I notice that a number of the members are wearing identical badges; little red ‘A’s pinned to their chests, a sign of their devotion to non-faith. One such wearer of the badge, and a prominent voice in the group, is a middle-aged man off to my left. His large, white eyes bulge out of his head as he follows the conversation. He laughs frequently and constantly interrupts the discussion to offer one-line jokes that are, I suppose, only mildly offensive.

A brief discussion ensues concerning what might make a good cause for an atheist march: secularisation in governments, Italy’s €4billion contribution to the Vatican, or perhaps the deportation of Abu Hamza – to which Mildly Offensive offers the tag line, “Sling Your Hook”. No clear decision is made but it seems unanimous that, next time, they will try and think of a reason so they can march to greater effect.

Onto the next topic: blessed meat. Mildly Offensive leads the discussion on this, stating how it angered him that the meat at his local supermarket was all halal by default, something which is apparently becoming increasingly commonplace in Britain. As I find out later on the aptly named meatinfo.co.uk, around 40% of poultry and 25-30% of lamb consumed in the UK are designated halal. There are currently no regulations that require this fact to be marked on packaging, a topic beginning to cause murmured controversy amongst the public with halal slaughtering viewed by some as cruel to animals.

That being said, the ‘animal cruelty’ factor does not seem to be on the minds of this group of atheists. It’s only mentioned once in passing, to which Mildly Offensive mumbles something about being a fan of frois gras.

It is then confusing what, if not animal cruelty, is so offensive about halal meat. A spiritual blessing surely cannot be harmful, especially to the non-religious?

Nonetheless, the assembled group suggest various courses of action. Avoiding the meat is a no-brainer. Letting shops know they are losing custom is the next suggested step. Eventually Mildly Offensive pitches the idea of making a film in which the group goes to a corner shop and forms a cue stretching out of the door. One at a time they will go to the counter, ask if the meat is halal and then shout that they will not eat the meat because it is halal. The cameraman will film the reaction of the store owner. The suggestion is met with a general consensus, and I cannot tell if they are joking or not. Popeye is laughing so hard he nearly falls off his chair.

At this point a deep, resonating voice silences the room and everyone spins to face this fresh vocal strain. The speaker is Bob. Bob is, aside from myself, the only person new to the atheist activists. He is a well-built black man with neat hair and a presence that is both commanding and calm. He is here tonight after seeing several groups of religious fundamentalists holding homophobic plaques in the street, pledging violence if gays are caught in particular areas of the city. He has a young daughter and worries about her growing up in an oppressive world.

We listen intently as he explains that such problems stem from fear amongst politicians that they will lose votes if they act out against fundamentalism; that politicians are currently either passive atheists or actively religious – neither proving the representative he would like. “The way to adopt change,” he explains, “is to look to the next generation.” He urges the group to look at social structure, get atheists locally elected and pursue policies that stop aggressive or abusive acts in the name of religion.

Marching, he tells us, is “ineffective in the western world” and detrimental to the image of atheism.

This last comment is met with strong opposition from the group.

A polite argument breaks out. Bob on one side, the rest on the other, debating the identity of atheists and its association with religion. Mildly Offensive helps by pointing out that “the second ‘M’ in Mormon is silent.”

Some countries have a near majority atheist population – China is 47% convinced atheist according to a 2012 study, The Global Index of Religiosity and Atheism – and yet marginalisation of atheists still seems to be a reoccurring topic tonight, albeit one that is not on the agenda. The majority here feel that they are poorly portrayed in the media, that they are under-represented – betrayed by the agnostics who are described as “atheists in denial” – and that they cannot escape associations with religion, understandably the last thing the group wants.

Bob talks of how even to name their opposition to theism is counterproductive, that it is then, itself, seen as a religion. This launches a theoretical discussion on identity outside of the secular, that atheists should really just be “everyone else.” The concept of abandoning the canopy name of ‘atheists’ is uncomfortable for many in the room. I watch one woman become increasingly agitated during the discussion; a big girl, well over six foot, with awkward hair. Her large fingers fiddle with her badge as she follows the conversation back and forth.

But the majority do seem convinced that atheism’s biggest downfall is in the naming, as the term atheist forces an association with the religions they want to set themselves away from. Leader, however, trumps their arguments by pointing out that “the normal person club” could adversely affect group numbers, and the argument is immediately dropped. But it has left a sting in the air. Mildly Offensive tries to ease the tension by stating that social media’s biggest use is “the ability to de-friend Muslims”.

Throughout the evening I feel a sense of confusion with the group. There is passion in this room, but I am unsure what the majority are so passionate about, and so, it seems, are they. The issues presented so far have been thin and poorly thought through, only Bob’s concerns seem to carry any weight.

What does seem important, here with the activists, is the sense of belonging. Whether it is the neatly dressed Indian man by my side or the kid on the far side stroking his heavy metal beard, everyone seems most comfortable when discussing atheist causes rather than probing too deeply into their own sense of personal identity.

As we all put our scarves and jackets back on, I watch as people shake hands and hug goodbye, pledging to return for the next meeting. There’s a strong sense of community with the atheist activist. Their cause may be blurry but their purpose perhaps a little clearer.

Bob is the first to leave, walking quickly and silently out of the room. I am one of the last; buttoning my jacket back up to the top, to follow the line of little badges back down the stairs and out into the cold of the night. 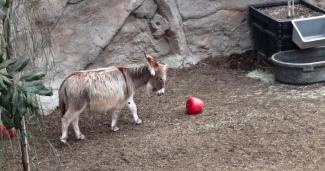 Rebels without Cause
Re: visions of the Winter Holidays
Ten Songs That Made a Difference
Underground London - The Walbrook Pilgrimage
Bear: The Life and Times of Augustus Owsley Stanley III

Re: visions of the Winter Holidays
Underground London - The Walbrook Pilgrimage
Bear: The Life and Times of Augustus Owsley Stanley III
Token Wild Boy, Vol VI - One Fine Mormon
Are we aware of what public controls are doing to everyday life?