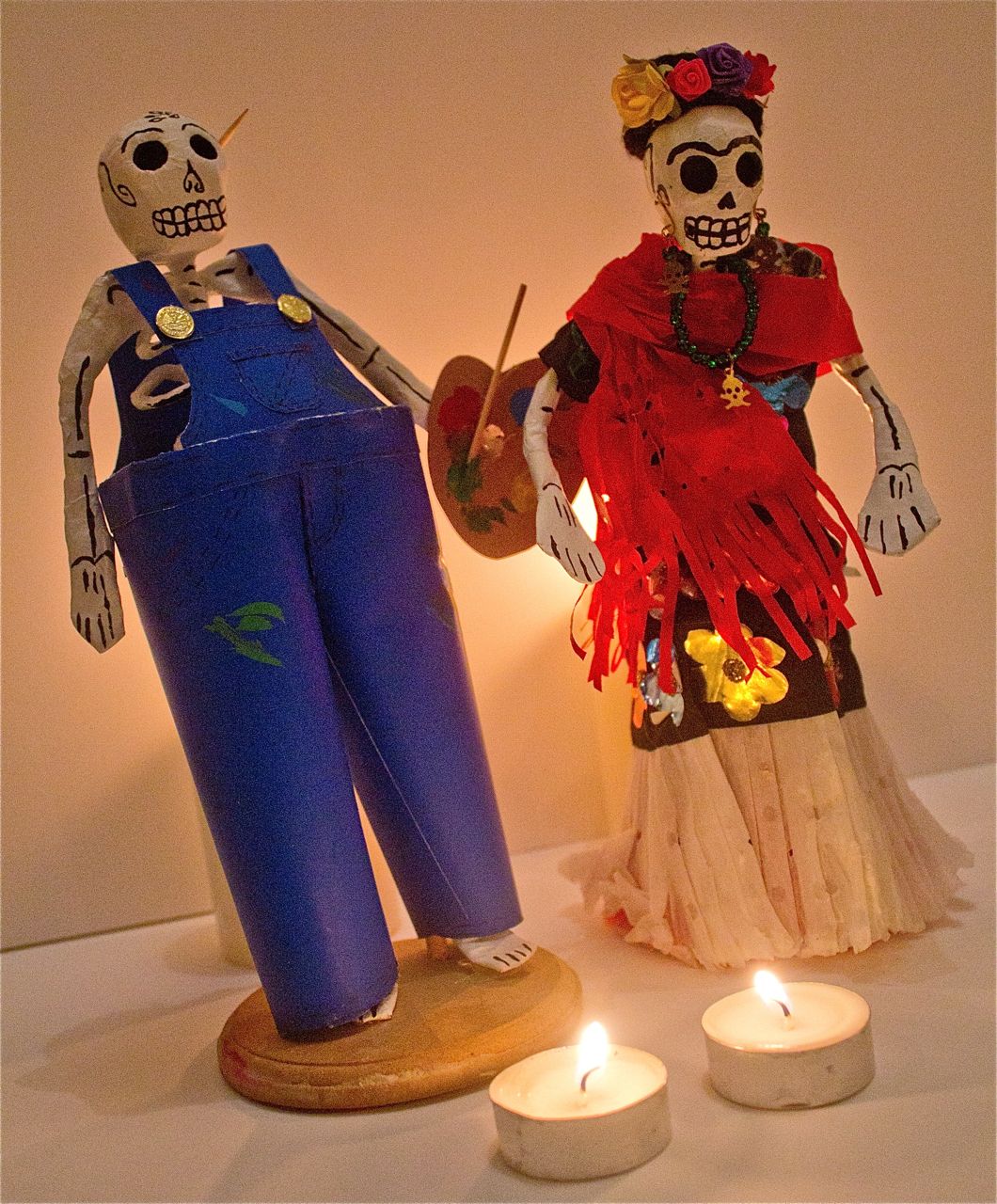 I got married in February to Antonio, who is originally from Mexico City. When we went to Mexico last year we visited Diego and Frieda’s house where there are statues of them as skeletons (picture attached). When we were thinking of what we could have on our wedding cake, Antonio suggested figures based on the Diego and Frieda figures that we had seen. Antonio’s sister, Isabel, had them made at a workshop in Mexico City, and she then dressed them.

I asked today what the connection was between Day of the Dead and having the figures of skeletons on a wedding cake. “A new beginning”, Antonio said. He then explained that it was not traditional. All of this time, I had been under the impression for some reason that it was a traditional Mexican custom, given the Mexican obsession with death. But not at all.

However, having death present at the feast is Mexican, even if this was not a traditional format for it. “Death is present in our fiestas, our games, our loves and our thoughts,” wrote Octavio Paz in his 1950 classic The Labyrinth of Solitude. He also wrote: “The cult of life, if it is truly profound and total, is also the cult of death, because the two are inseparable. A civilization that denies death ends by denying life.”

By reminding us of our mortality and the need to make the most of the time we have, Day of the Dead is also a celebration of life.

Three nights after my father passed away, I had a vivid dream. In the dream there was a river, it was nighttime, and the river was dotted with paper lanterns, floating downstream, glowing with light.

In the morning I looked up what this might mean. I found out there is a Buddhist and Taosist festival in which paper lanterns are floated on rivers. The Buddhist festival is called Ullambana and it is a day to honour the departed spirits of ancestors. In Japan, the festival is called Toro Nagashi, which translates as ‘streaming lanterns’. The purpose is to send off ancestors’ spirits and guide them back to their world.

A few days later, I shared this dream with my aunt as we were walking across Hyde Park. She stopped and looked at me. She told me how at the end of the Second World War, they had held a ceremony at the family pear orchard in Sacramento, California, to celebrate the safe return of my grandfather, his brother and his sister from Europe. In this ceremony, they had lit paper lanterns and sent them floating down the river. My father, a small boy, took part in the lighting of the lanterns. 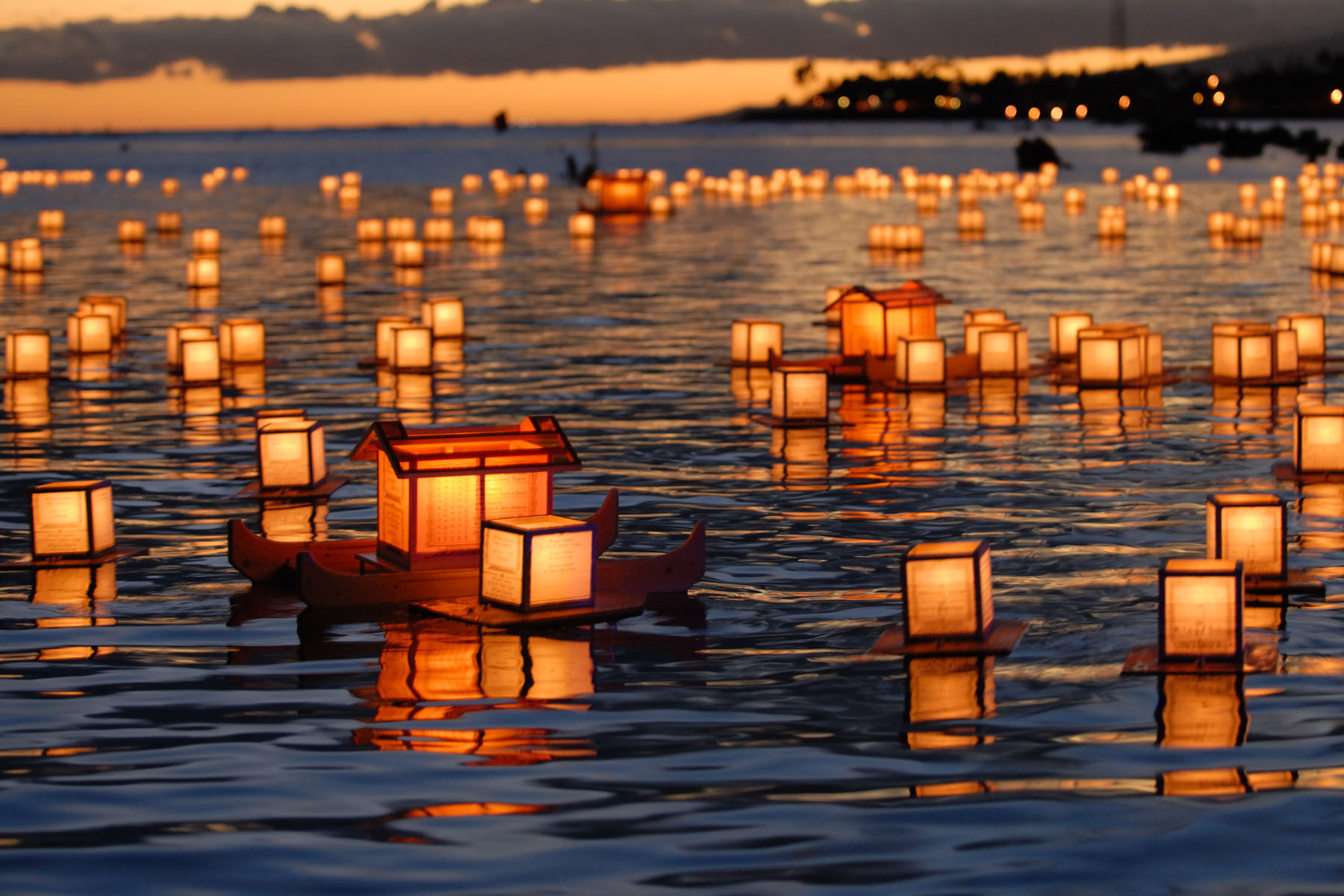 Olivia Sprinkel is a creative writer and thinker. She also works as a communications consultant, specialising in sustainability, and would like to bring more wild culture into the corporate world.