Category
Spoiled Worlds
Tools & Technologies
Research
Wild Culture Diary - April 2013
by Anonymous
Published: Mar 27, 2013
Standfirst
In the latest instalment of the series, we select our pick of the best events taking place across the world in the month ahead.
Body 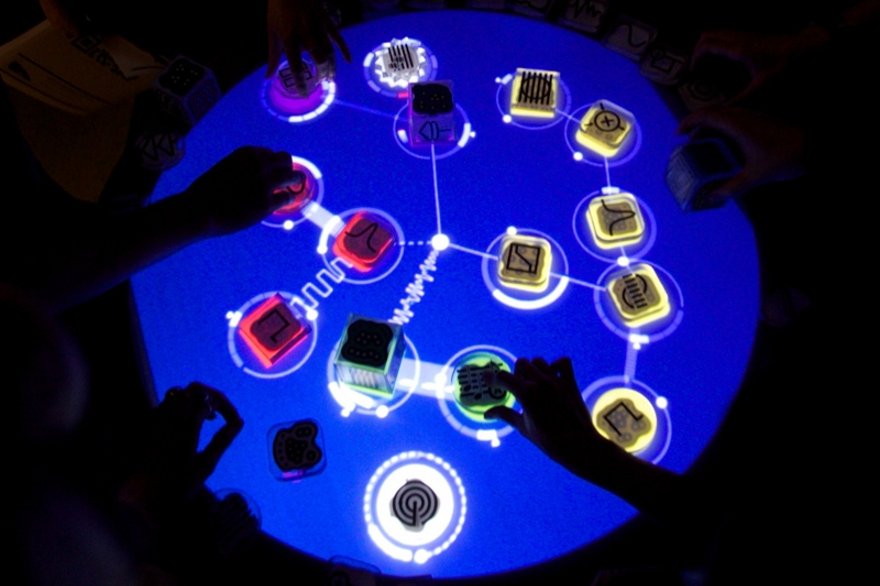 3rd April
Ideas Translation Lab Showcase
DUBLIN: A unique public showcase of projects being undertaken by synthetic biology undergraduates at Trinity College Dublin and the National College of Art and Design. Taking place at the Science Gallery, this is an amazing chance to see the kind of things that are being carried out in one of the most exciting fields of contemporary research. Produced as part of the 12-week Idea Translation Lab, projects being pitched to the public include living bandages, nutrient-detecting tattoos and man-eating bio-houses of the future.


9th April
Deserts: a neglected ecosystem
LONDON: Despite covering 17% of the planet’s land mass, comparatively little attention is given to the world’s deserts. Lack of rain and wildlife makes these biomes low on the priority list for conservators, who are currently focusing their energies, understandably perhaps, on global biodiversity hotspots. But this April, a meeting of academics and conservators at the Institute of Zoology seeks to recalibrate our focus and underline the urgency with which we need to address declining habitats and species extinction – not just in glamorous rainforests, but in deserts too. Visitors can also attend a post-event dinner with the speakers for £35.


From 9th April
The Philippines
PARIS: A major exhibition at the Musée du Quai Branly bringing together over 300 incredible works of art from the Philippines, the first such show in France in the last twenty years. Subtitled ‘Archipelago of Exchange’, the exhibition echoes the geography of the 7,000 islands that make up the archipelago  by hinging on the idea of two visions – one turned inwards towards the mountains, the other looking out to sea. Exchange here comes to mark systems both symbolic and commercial, invisible and visible. That many of the objects are from public collections in America and Europe also suggests something about the global nature of such exchange.


10th – 14th April
Pictoplasma
BERLIN: Billing itself as “the world’s leading festival of character culture” Pictoplasma is a five-day extravaganza of exhibitions, animation screenings, performances and parties. The heart of Pictoplasma is a conference at Babylon film theatre and including lectures from some 28 leading artists, illustrators and designers. In addition, the interlocking shipping containers of Platoon Kunsthalle are playing host to Character Lab – a mélange of inspiration, play, interaction and collaboration. Around these two centres, various satellite events are taking place at over 20 arts venues across the whole of Berlin.


13th – 14th April
Wild Garlic Festival
ABERGAVENNY: Founded in 2011, Llwyn Franc Limited is a community benefit society that allows people to buy shares in a farm on the slopes of the Skirrid, a holy mountain near to the famously food-centric town of Abergavenny in south Wales. With a stated mission of connecting people with “land, food and forest”, the farm aims to create a new model of community farming for the future, and they already sell seasonal produce in a range of local markets. This April sees Llwyn Franc open to the public for their third Wild Garlic Festival featuring all manner of events, activities and locally grown deliciousness.


18th – 20th April
Between Madness and Method
LYON: Taking place at the Conservatoire Supèrieur de Musique et Dance is a fascinating-sounding conference exploring the connections between creativity and research. The third edition of the European Platform for Artistic Research in Music (EPARM) aims to explore the rich but ambiguous territory that exists between the ‘madness’ of artistic creation and the ‘method’ of research – recognising at the same time the presence of the one within the other. The ultimate goal is a better understanding of artistic research in relation to the more normalised research methods of science.


20th April
Rhizome Seven on Seven
NEW YORK: Fast-paced collaboration at New York’s The New School this April, thanks to HTC and pioneering online digital art archive Rhizome ArtBase. Pairing seven contemporary artists with seven game-changing technologists, the Rhizome Seven on Seven conference challenges participants to create something new – an application, artwork, product or whatever else pops into their heads. Featuring the likes of Jill Magid, Jeremy Bailey and the brilliant Rafael Lozano-Hemmer (as well as Harper Reed from Obama for America and Foursquare’s Dennis Crowley) expect some fascinating results.


From 20th April
Immaterial Labour Isn’t Working
LONDON: After five years in an old Peckham car garage, cutting edge arts collective Auto-Italia upped sticks to a new space in King’s Cross at the start of March. And now April sees a three-week series of talks, workshops, texts and online contributions. Subtitled “Digital Culture, Digital Work, Digital Insurrection”, the idea is to explore how the new digital economy is transforming our sense of personal politics and society. Taking its cue from Saatchi & Saatchi’s famous Thatcher campaign slogan, the programme features contributions from a host of artists, activists, technologists and writers.


From 24th April
International Garden Festival
LOIRE: A big date in the calendar of any garden-lover, 2013 sees the 22nd International Garden Festival of Chaumont-sur-Loire since it was founded back in 1992. From over 300 submissions from across the world, a total of 30 gardens and green space showpieces will be going on display. This should be an especially interesting year, as the whole area is undergoing a continuous transformation following the creation in 2012 of Louis Benech’s new Parc des Prés du Goualoup. This year sees the trees of the Historic Park also being given the Benech treatment.

Can you add this one please .

Can you add this one please .

Can you add this one please .... Eastern Permaculture Gathering